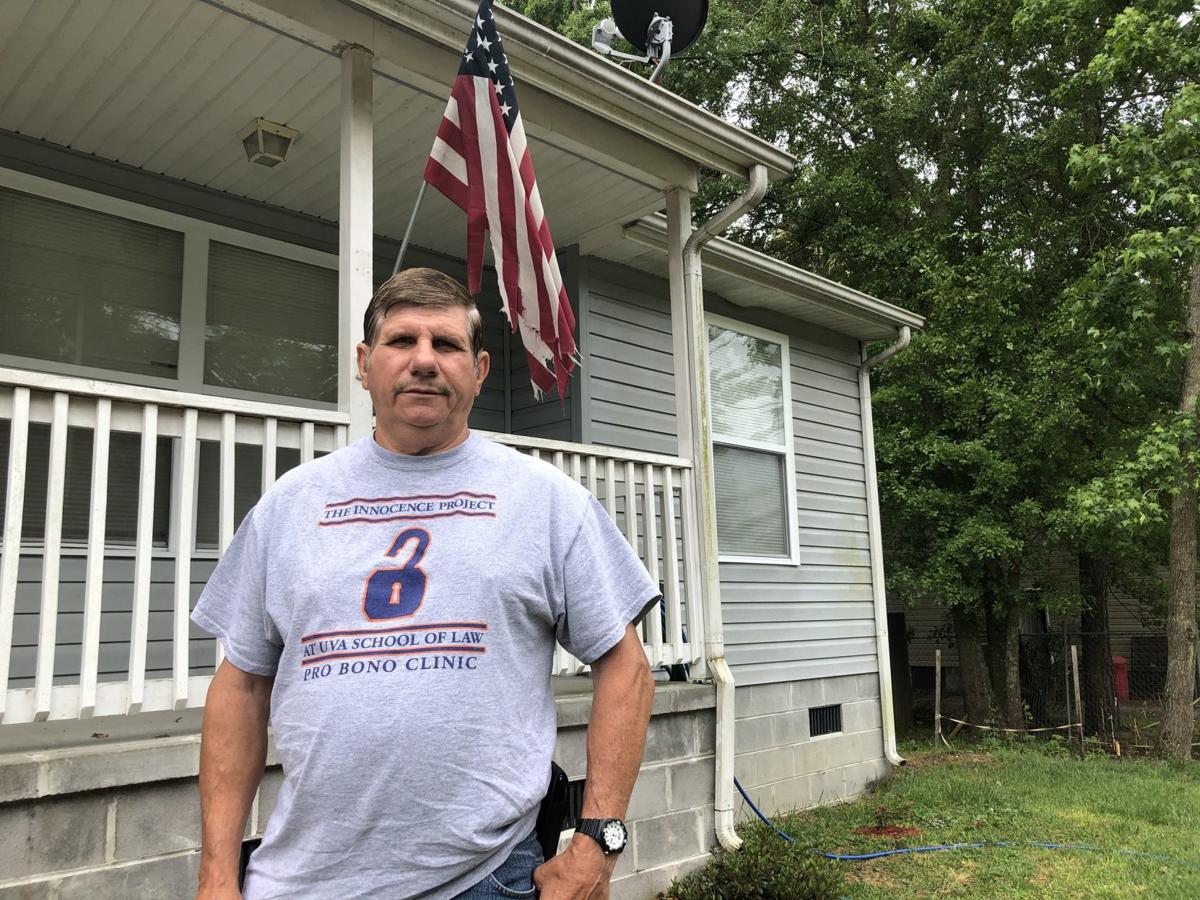 Emerson Stevens, 66, of Courtland, is in federal court seeking to clear his name of a 1985 abduction and murder in Lancaster County that he says he had nothing to do with. 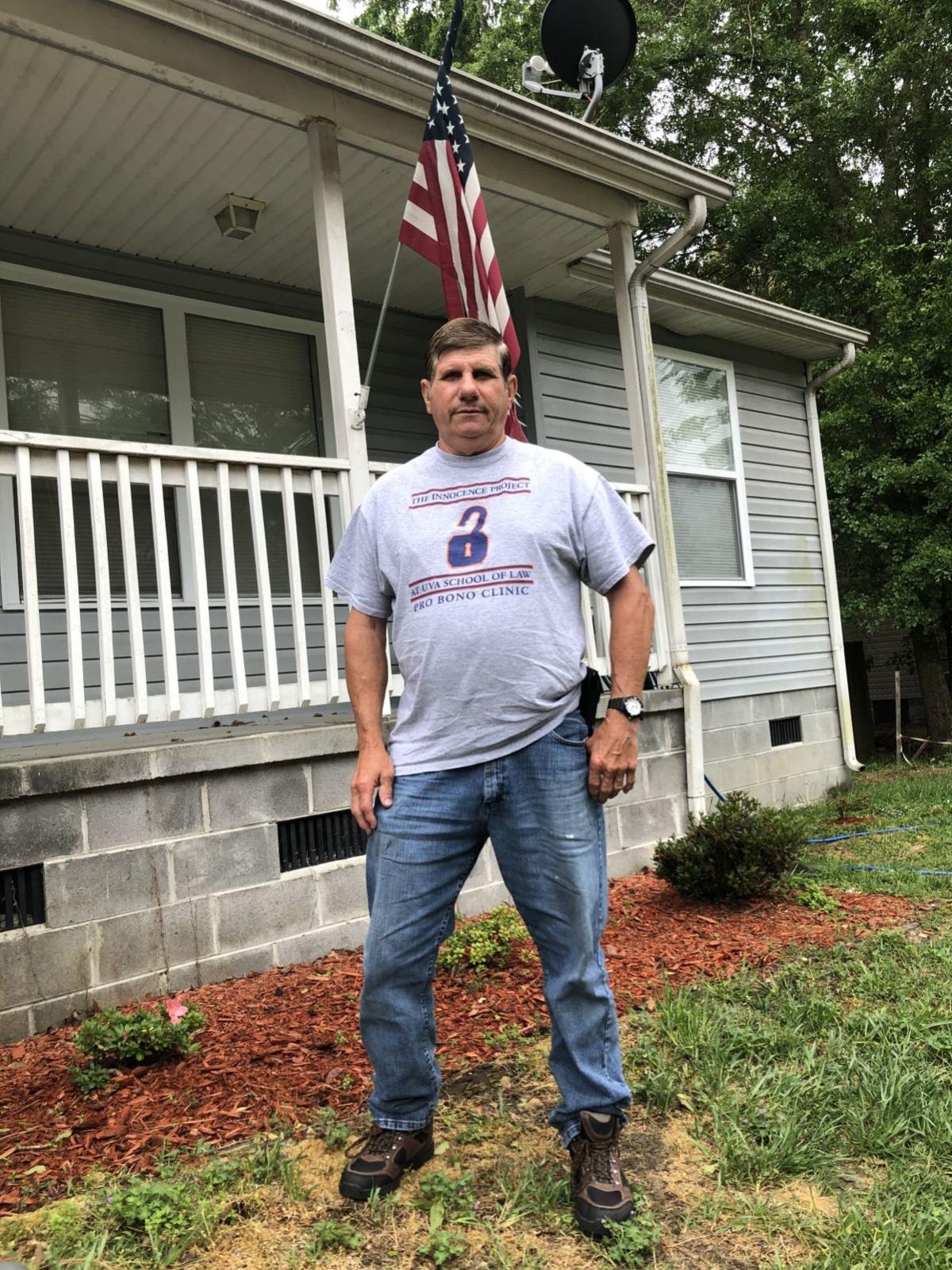 Emerson Stevens, 66, of Courtland, is in federal court seeking to clear his name of a 1985 abduction and murder in Lancaster County he says he had nothing to do with.

COURTLAND — After three decades in prison for a murder he claims he had nothing to do with, Emerson Stevens says life is good, despite his current COVID-19 layoff.

Things may get better for the former Northern Neck waterman: He has another shot at proving he is innocent of the 1985 abduction and murder of a young woman, Mary Harding.

Stevens, 66, was paroled in 2017 soon after a box of evidence — FBI records and other material in the possession of authorities for decades — was turned over to lawyers with the University of Virginia School of Law’s Innocence Project.

They assert that the new evidence shows the prosecution knowingly presented incorrect testimony that the victim’s body, weighed down with chains and a cinder block, could have traveled 10 miles up the Rappahannock River in four days.

Last month, a unanimous, three-judge panel of the 4th U.S. Circuit Court of Appeals granted Stevens permission to seek a second challenge to his 1986 convictions in federal court and to get the new evidence considered by a judge for the first time.

The panel ruled that Stevens had presented a case strong enough, on its face, to clear the high hurdles set to win that second chance. One of the judges, Stephanie D. Thacker, went further in an 18-page concurring opinion.

She explained that while a lower court judge will determine if the new material is enough to undermine the verdict, “From my vantage point, the evidence as a whole overwhelmingly supports a conclusion that no reasonable jury would have convicted Stevens.”

Authorized to do so by the appeals court, on Tuesday the Innocence Project filed a 71-page petition for a writ of habeas corpus — a civil challenge to a criminal conviction — in federal court in Richmond. The group is asking U.S. District Judge M. Hannah Lauck to either vacate Stevens’ convictions or order a hearing to present the new evidence.

“It’s been terrible,” he said of the convictions. Pandemic or not, “The best time is now that I’ve been out and been home.”

According to court documents, Harding, a 24-year-old mother of two, disappeared from her home in Ottoman in rural Lancaster County on the night of Aug. 22, 1985, and her body was dropped into the Rappahannock the next morning.

She had been strangled, not drowned. Weighed down by chains and a cinder block, her body was recovered in the river near Morattico on Aug. 27, 1985.

More than a month later, following an investigation by local and state investigators assisted by the FBI, Stevens, then a 32-year-old self-employed waterman, was charged with abduction with the intent to defile and first-degree murder.

He was tried twice. The first jury was deadlocked, resulting in a mistrial. The second time, he was convicted and sentenced to 164 years and one day in prison.

Evidence against him included a witness who testified he saw Stevens’ truck parked about 250 feet west of the victim’s house around the time of her disappearance. Stevens initially denied he was there but later admitted he lied and said he stopped there to relieve himself.

Another witness testified that the same month Harding disappeared, he saw a chain, a rope and a distinctive knife in a case in Stevens’ truck. The chain looked like the chain found on Harding’s body. When Stevens’ truck was searched after Harding’s disappearance, the chain, rope and knife were missing.

The evidence showed that early on the morning of Aug. 23, Stevens’ boat was in its slip at Towles Point, not far from Ottoman, but 10 miles down the river from Morattico.

“To accomplish this, the Commonwealth procured the expert testimony of Dr. John D. Boon, associate marine scientist at the College of William and Mary, Virginia Institute of Marine Science,” argues Jennifer Givens, with the UVA Innocence Project, in the petition filed Tuesday.

The petition states that Boon testified “it is entirely possible that [Mrs. Harding’s] body can travel 10 miles up the river in four days.”

Asked for comment on the long-ago case, Boon responded with a written statement Thursday that says in part, “I testified to the best of my ability to answer the questions presented to me. My answers were based on the best information available at the time.”

“At no time did I give any testimony that I knew, or even thought, might be false,” he wrote. “Although I recall passing on my findings to the prosecutor beforehand in the first of two trials ... there was little opportunity for me to expand on the questions asked of me during my testimony.”

Boon explained that there are many factors and unknowns that need to be addressed when predicting the movement of an object in an estuary — among them, at what depth is the object moving and over what period of time?

“Based on the data available to me (tidal current predictions) I could not say that it was not possible or even unlikely for a body to move from point A to point B in the course of the stated four-day period. Without other evidence I doubt anyone can,” his statement concludes.

But authorities knew that was not possible, Stevens’ lawyers contend.

In the recently disclosed FBI material, investigators concluded that “because of the tidal action and currents of the Rappahannock River, it is currently estimated that the body of Mary Keyser Harding was dumped within 500 to 600 yards of where it was eventually located.”

Boon did not testify during the second trial; instead, his testimony from the first trial was read to the jury.

In opposing a new federal habeas appeal, the Virginia attorney general’s office argued to the appeals court that such an appeal was barred for technical reasons, that Virginia appeals courts had properly dismissed Stevens’ claims, and that the prosecution did not knowingly present false evidence and did not improperly hide evidence from the defense.

Stevens failed to show what was false in Boon’s testimony, the government argued.

In any case, Boon only testified at Stevens’ first trial that there was “a possibility” that a human body anchored by the chain and cinder block could move upstream in four days, the attorney general contends.

“Given the caveats in Dr. Boon’s testimony, there is not a reasonable probability that his opinions affected the outcome of the trial,” the state argued.

Stevens also has not demonstrated that the commonwealth knew of any alleged falsity, the state argued. The FBI summary states only that, “it is currently estimated” that Harding’s body had been “dumped within 500 to 600 yards of where it was eventually located.”

The attorney general’s office wrote: “The facts ‘underlying’ his proposed new claims are limited to his allegations that two witnesses each testified falsely at one point, and that the prosecution failed to disclose seven items of allegedly exculpatory information.”

But in the opinion of the three-judge panel, Stevens met that burden.

Thacker, in her concurring opinion last month, wrote that in addition to the newly discovered evidence, there have been other developments since Stevens’ convictions.

There were several wounds on Harding’s back and a local medical examiner determined the wounds were caused by the body scraping something in the water after death and that the cause of death was asphyxiation.

But after speaking with law enforcement, Thacker noted, the chief medical examiner determined the wounds were caused by a cutting implement and added that “cutting wounds” was a second cause of death.

During the trial the prosecution presented a theory that the wounds may have been caused by a “Wildcat Skinner” knife.

The search of Stevens’ truck turned up a sheath — not presented as evidence at trial — that could have held such a knife and a friend of Stevens’ testified that Stevens owned a similar knife.

“Significantly, however, the Chief [Medical Examiner] has since reviewed her own findings and has admitted in a sworn affidavit that the wounds are not consistent with knife or cutting wounds but are instead consistent with a ‘post-mortem encounter with a boat propeller,’” Thacker wrote.

The appeals court opinion written by the two other judges with which Thacker concurred noted that “the executive’s power and responsibility both before and after conviction remain fundamental in our system of divided powers.”

What happens now, the judges suggested, will be up to Lauck and Gov. Ralph Northam.

Stevens was born and raised in Lancaster County and lived there all his life until he was sent off to prison. He said he did not know the victim but knew her husband, who lived in the area.

“Everybody knew everybody,” he said. “I worked the water full time. Oystering in the wintertime and crabbing in the summertime.”

But given his convictions, “I wouldn’t go back up there to live,” he said.

He now lives in Courtland with his family.

“This is my home now, I’m back with my wife and I have my son; he’s here with us from Michigan,” he said. Stevens has a daughter living in Portsmouth.

“They stuck with me all the way. They believed in me and they stuck by me through the whole thing,” he said of his family.

When he was convicted, he said, “I felt terrible. I knew I was innocent of the crime and to see all of those people get up there on the witness stand and not telling the truth,” he said. “They were all coached” by the police and the prosecutor, he said.

He has had a good job manufacturing tents and related items since his parole. But Stevens was laid off on April 9 because of COVID-19 and is now drawing unemployment.

Exoneration is no sure thing, but “I’m hopeful.”

“I would like to clear my name and move forward with my family and get this mess put behind me and just move on with my life.”

Written response of Dr. David Boon to claims made in appeal filed by the University of Virginia School of Law Innocence project on behalf of E…

Emerson Stevens, 66, of Courtland, is in federal court seeking to clear his name of a 1985 abduction and murder in Lancaster County that he says he had nothing to do with.

Emerson Stevens, 66, of Courtland, is in federal court seeking to clear his name of a 1985 abduction and murder in Lancaster County he says he had nothing to do with.