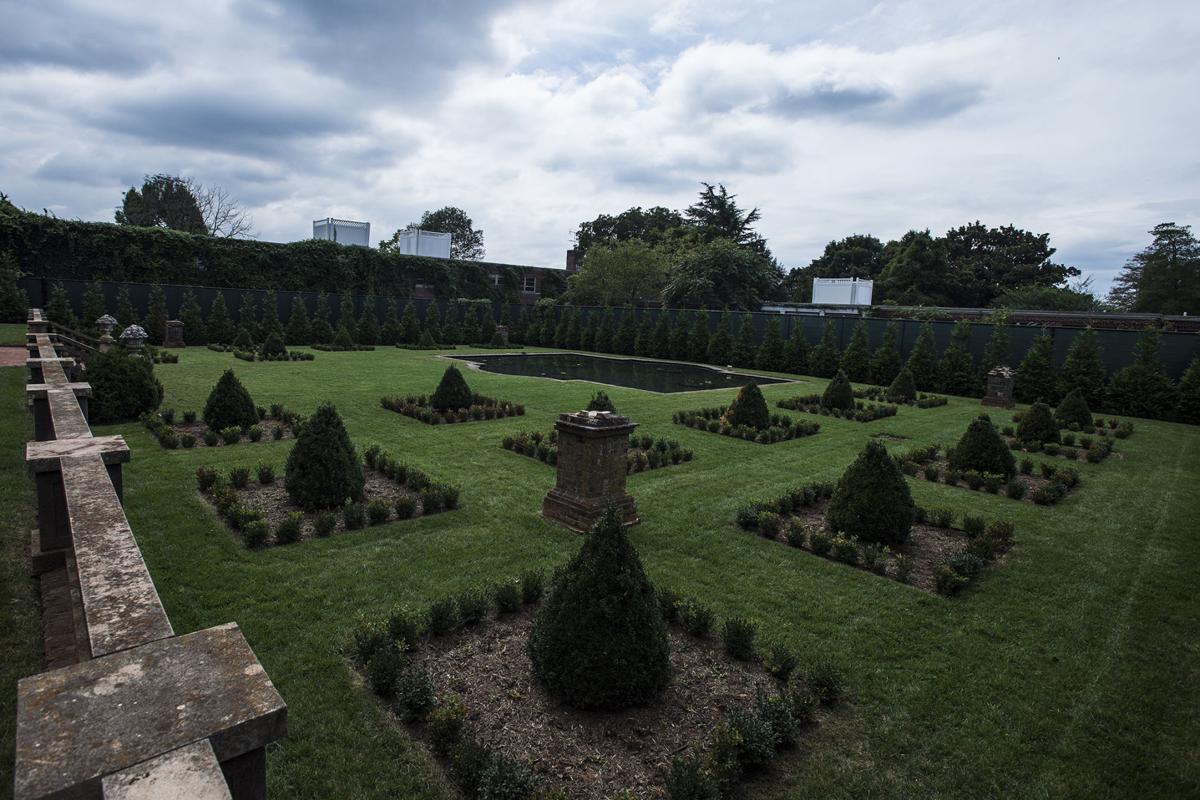 The Villa Maria's original garden was designed by noted landscape architect Charles Gillette. It had been razed when current owners Mark Little and Todd Leap purchased the estate,and they have since restored it as accurately as possible, complete with a koi pond. 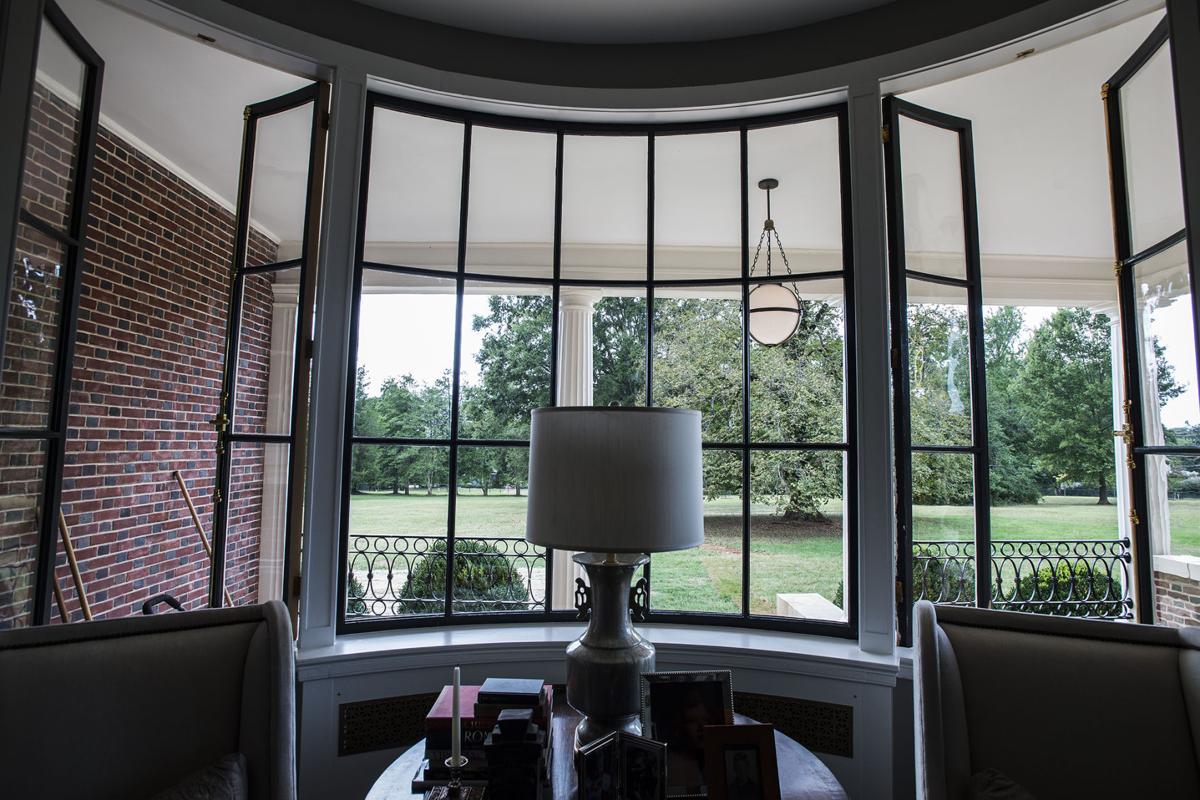 A window in the Villa Maria library on Wednesday September 21, 2016 in Lynchburg, Va. Photo by Lathan Goumas. 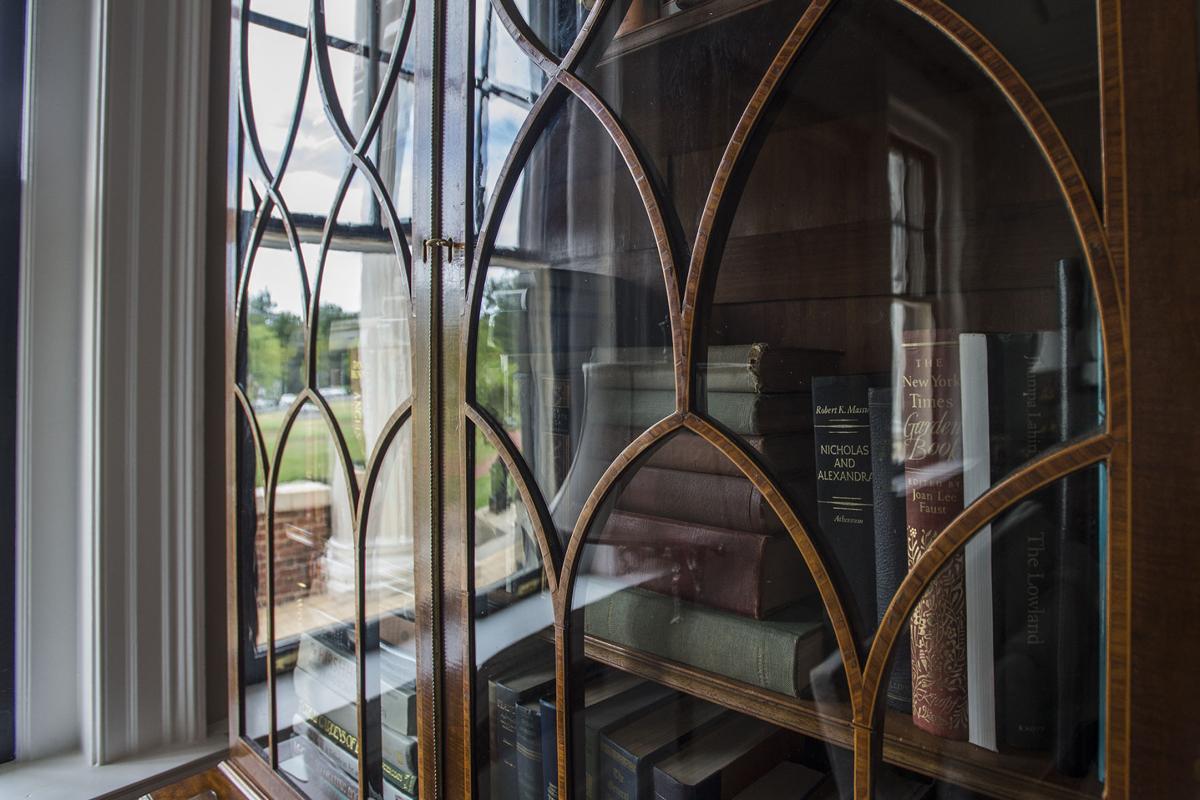 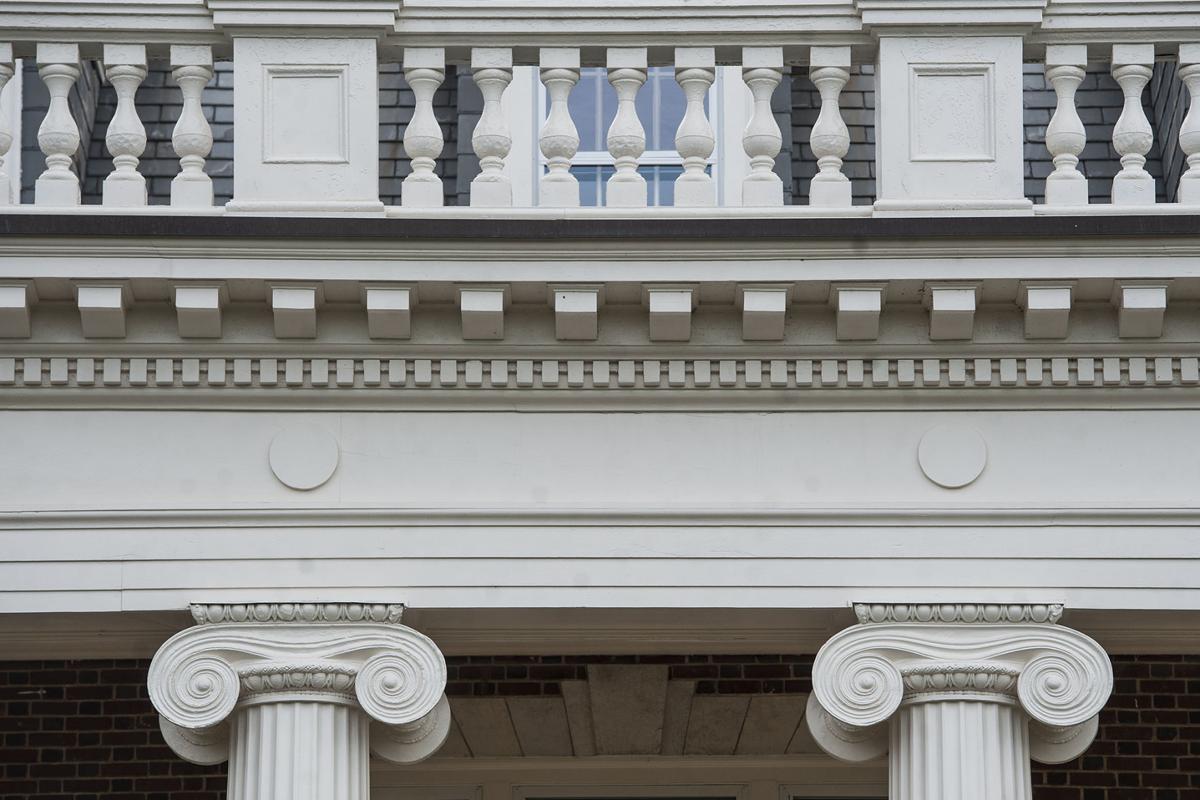 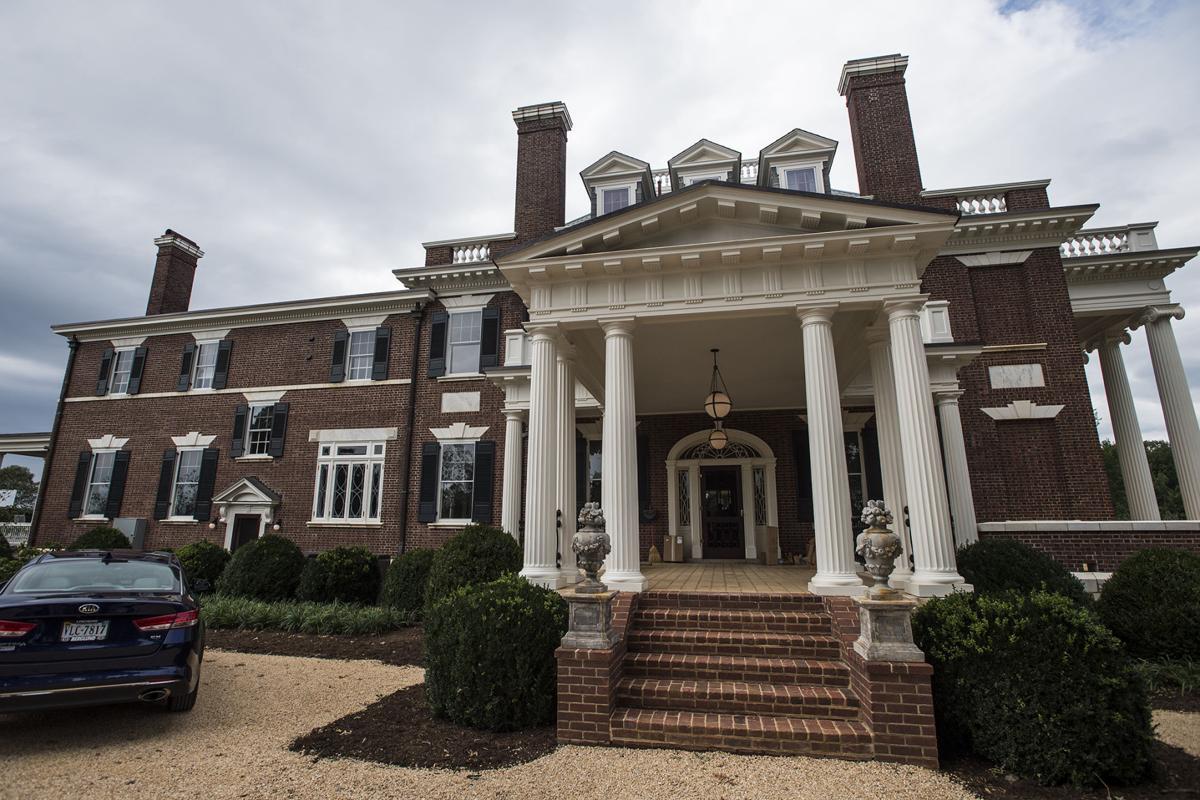 The Georgian Revival mansion, commonly known as “Villa Maria” or simply “The Villa,” has amazed and intrigued passersby for more than a century.

Designed by prominent Lynchburg architects Edward Frye and Aubrey Chesterman, the home was built in 1911.

It originally was named Kriselea, for its owner, Philip Asa Krise, a prominent local business-man and the namesake of the Krise Building at 9th and Main streets in downtown Lynchburg.

The property on which the grand home now sits originally was part of a 150-acre expanse, which included, among other things, the old Rivermont Park. Doug Harvey, director of the Lynchburg Museum System, said there was a Confederate “earthwork” or fort “about where [The Villa] is now that guarded the Lynchburg-Lexington Turnpike” during the Civil War.

After spending several decades as a private residence, and a period of time reportedly known as “Oaklawn,” the home took on a second life as a private Catholic school in 1952. Renamed Villa Maria Academy, the school was run by the Convent of the Sisters, Servants of the Immacu-late Heart of Mary. Many local residents attended the school, which operated until 1983.

As described in “Lynchburg: An Architectural History,” by historian S. Allen Chambers, The Villa “is an original composition, but it contains elements that are specific copies of eighteenth-century Georgian work.

Early in The Villa’s history, its gardens were designed by renowned landscape architect Charles Freeman Gillette (1886-1969). Gillette is credited with establishing a regional style of gardening known as “Virginia Garden.”

In addition to The Villa, Gillette designed numerous, well-known gardens throughout Virginia and the Upper South, among them Nelson House in Yorktown and Kenmore in Fredericksburg.

On Garden Day, visitors to The Villa will see many of the original English boxwoods used in Gillette’s design. The most recent owners, who purchased the house in 2013, have commis-sioned a landscape renovation that will incorporate elements of the original, Gillette-designed gardens.

Landtech, of Forest, worked to restore and renovate the grounds at The Villa, including adding a swimming pool, renovating the reflecting pond, installing the brick paved walkway and re-taining walls and that cobblestone apron.

The company also planted the large evergreens on the property and the boxwoods around the foundation. The project to restore the old brick pedestals was a challenge, said Rebecca Mahanes, a Landtech designer.

“We had to match the color and texture as best we could,” Mahanes said. “The way we make mortar is a whole lot different than they did 100 years ago.”

The project took about one year to complete. Mahanes said some of the pieces used in the restoration work had to be custom made since those shapes no longer are produced.

“It turned out beautifully,” Mahanes said. “It’s nice to see a property like that get the love it so desperately needed and deserved.”

The renovations include a new kitchen and remodeled bathrooms, all in keeping with the home’s original architectural integrity.

PHOTOS: The Villa Maria in Lynchburg

The Villa Maria's original garden was designed by noted landscape architect Charles Gillette. It had been razed when current owners Mark Little and Todd Leap purchased the estate,and they have since restored it as accurately as possible, complete with a koi pond.

A window in the Villa Maria library on Wednesday September 21, 2016 in Lynchburg, Va. Photo by Lathan Goumas.