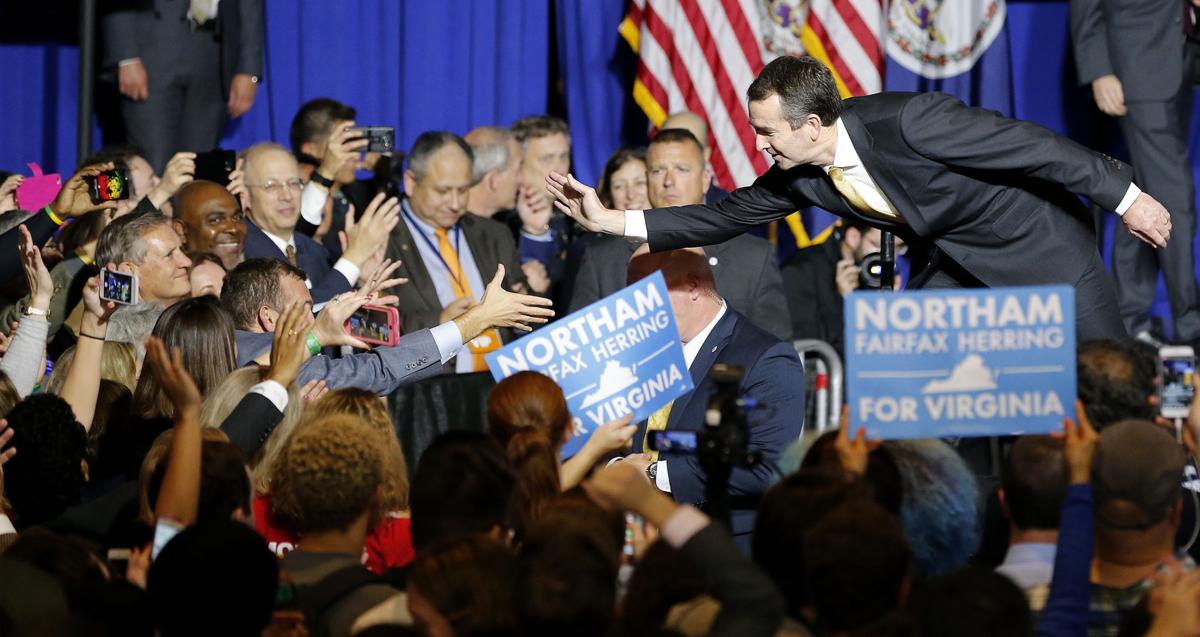 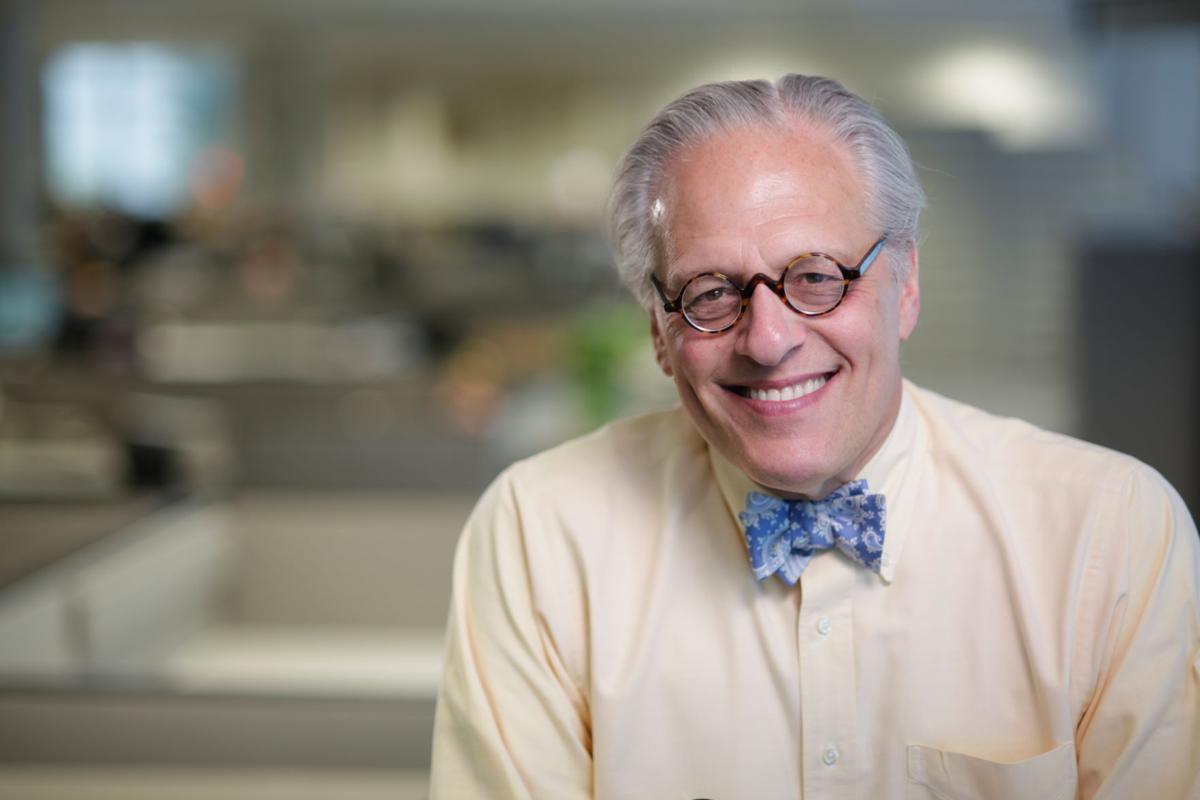 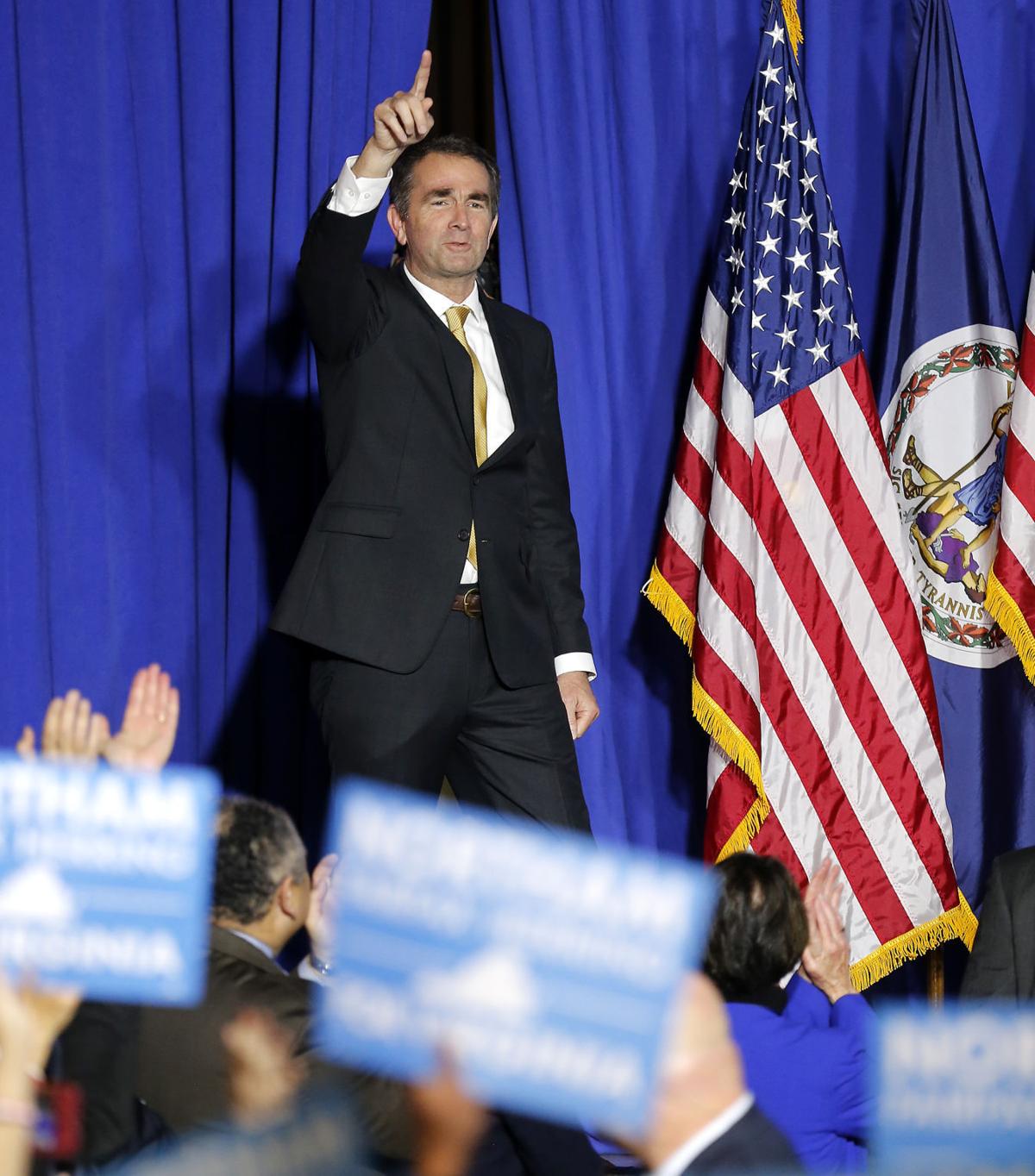 Virginia’s hard-fought gubernatorial campaign — overwhelmingly won by Democrat Ralph Northam — may have been the first fair, two-party fight of the Trump era, unfolding in a competitive purple state carried a year ago by Hillary Clinton rather than congressional districts made to order for Republicans.

Harnessing deep voter distaste for President Donald Trump, Northam not only led his party’s second consecutive statewide sweep since 2013, he hastened huge gains for Democrats in the House of Delegates, threatening Republican control and perhaps portending a dramatic shift on initiatives that the GOP thwarted for four years, including a Medicaid-financed expansion of the Affordable Care Act.

To the outside world, the Virginia contest was widely interpreted as a forceful repudiation of the president, possibly auguring Democratic gains in the 2018 midterm congressional elections because the state’s lower-turnout, off-year electorate could more closely reflect the landscape on which House and Senate races will be decided.

But the immediate consequences for Virginia politics were clear: Northam, with the strongest performance for a Democratic gubernatorial candidate since Gerald L. Baliles in 1985, has strengthened his party’s grip on the crucial — and growing — suburban vote, largely isolating Republicans in the thinly populated, Trump-friendly countryside.

Further, Democrats, who retain control of the five offices decided by statewide ballot, have in Northam a potent weapon for redistricting in 2021. A gubernatorial veto can preclude another round of Republican hyperpartisan gerrymandering, though continued gains over the next two years could shift control of map-making to a Democratic majority.

Northam was the anti-Trump — a soft-spoken pediatric neurologist with rural roots whose profession and temperament suggested that, unlike the confrontational president, he was committed to common ground on such issues as economic upheaval that has Southside and Southwest Virginia badly trailing the thriving Richmond area and Northern Virginia.

Running against Trump was easy for Northam, Lt. Gov.-elect Justin Fairfax — the second African-American in Virginia statewide office — and Attorney General Mark Herring because the president’s policies — actual and threatened — had an immediate and measurable impact on Virginia, a state that derives more than a quarter of its economy from the federal government.

In the Northern Virginia suburbs, Trump’s perceived Muslim ban rattled a region where a modern, multi-hued state is on full display. So, too, did Trump’s hostility toward federal employees, thousands of whom live in the four counties outside Washington, D.C., that easily tipped to Democrats: Arlington, Fairfax, Loudoun and Prince William.

In Fairfax County, the state’s largest locality with a population of 1.2 million, Northam’s majority of more than 130,000 votes roughly matched that from 2013 of departing Gov. Terry McAuliffe, a fellow Democrat, for the nine counties and cities that make up Northern Virginia, a region that a generation ago was hospitable to Republicans.

For Ed Gillespie, the Republican nominee for governor, defeat is especially bitter. Not only is it his second loss in three years — he narrowly lost for the U.S. Senate in 2014 — it is one that calls attention to the deep divide among Republicans that hobbled Gillespie, Trump endorsement notwithstanding, by forcing him to forsake his comparatively moderate Establishment roots.

Gillespie, who as a former lobbyist is of the ilk Trump vowed to chase from Washington, began the campaign by distancing himself from the president, but he concluded the race as a Deplorable, thundering on such Trump themes as a crackdown on non-English-speaking immigrants and focusing almost entirely on violent crime associated with these newcomers.

In the closing days of the campaign, it was clear that the hard-edged Republican approach was more about driving up the GOP vote than persuading the shrinking bloc of independent voters to consider Gillespie and running mates Jill Holtzman Vogel and John Adams. A burst of Trump tweets — more often trashing Northam than boosting Gillespie — also was aimed at core Republican voters.

There was even a late attempt at suppressing traditional Democratic voters, in particular, African-Americans. The Gillespie campaign placed commercials on black-oriented radio stations urging African-Americans to consider supporting the Republican for governor if only because Northam, at one point, awkwardly distanced himself from Fairfax.

ELECTION 2017: Read our coverage of all the big races in Virginia

See our election coverage of the Richmond area and statewide races.

Virginia Democrats are poised to claim at least a share of control of the House of Delegates after erasing a 32-seat Republican advantage in a “tsunami election,” with control of the chamber likely to be ultimately decided by vote recounts.