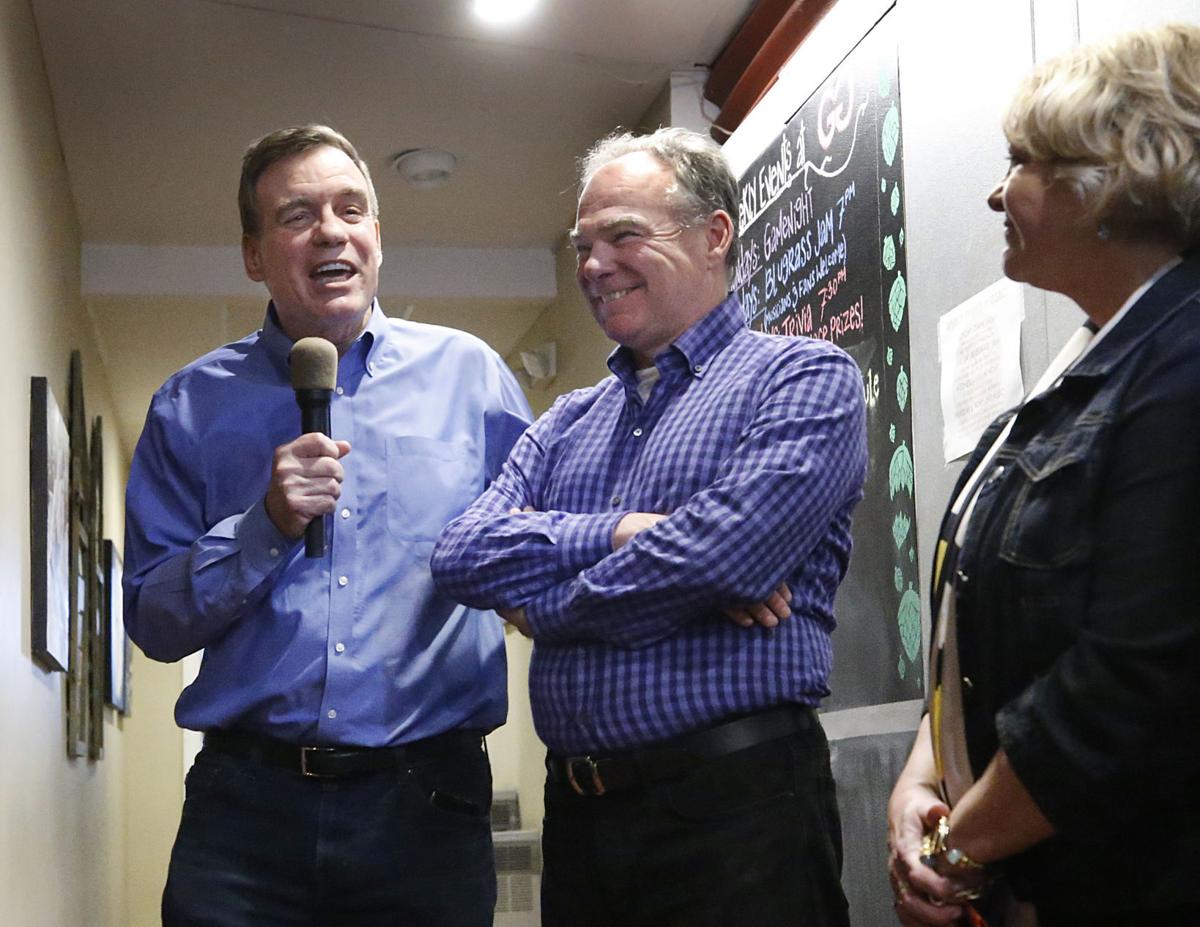 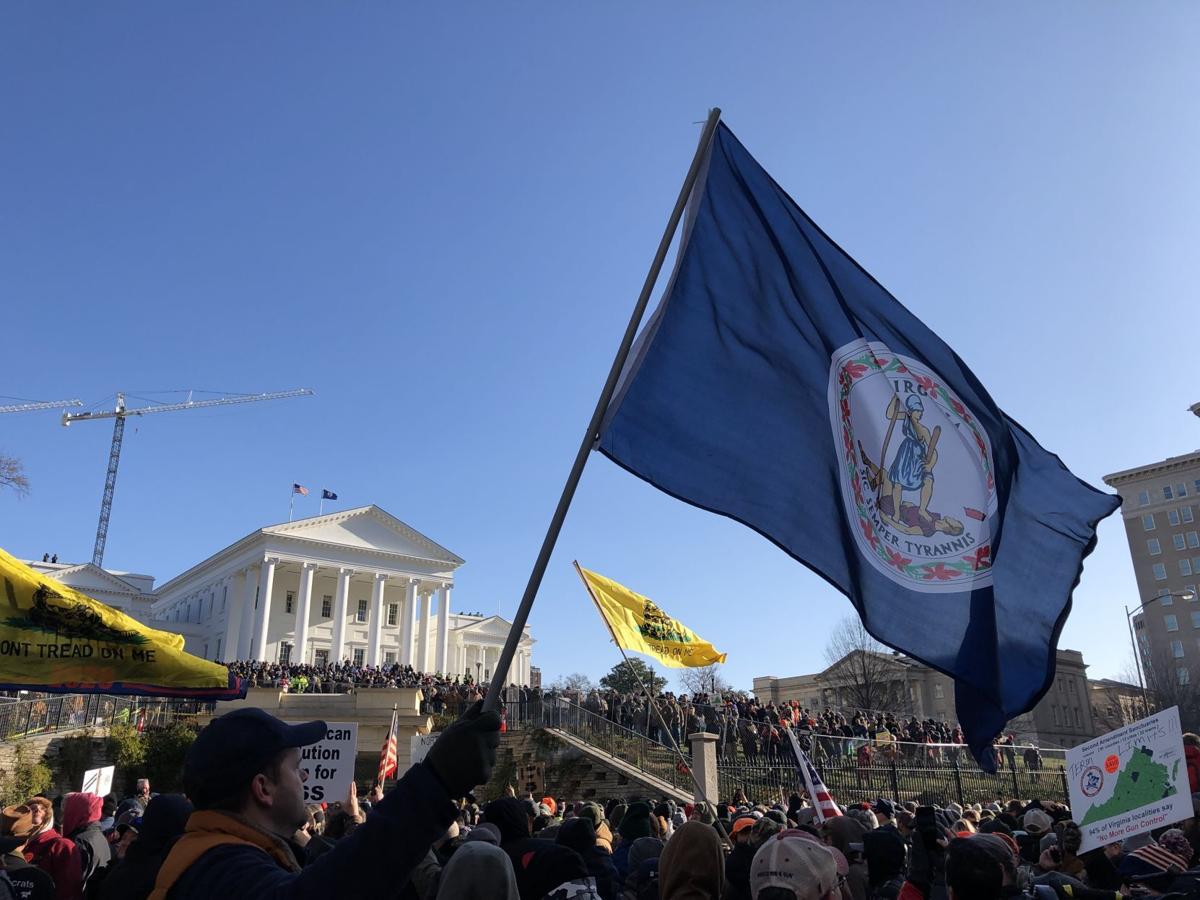 A protester waves the flag of Virginia at a gun-rights rally at Capitol Square in Richmond.

Sens. Tim Kaine and Mark Warner, who is running for re-election, on Wednesday introduced the “Virginia Plan to Reduce Gun Violence Act of 2020” that would enact most of Virginia’s new gun control legislation nationally, including the state’s new “red flag” law, a one-handgun-a-month law, and the required reporting of lost and stolen guns. The proposal is not likely to gain support in the Republican-controlled Senate or with the White House.

“Too many communities across the Commonwealth have been affected by gun violence. That’s why earlier this month, Virginia led the charge by adopting reasonable measures to help prevent future tragedies. Now it’s time for Congress to act,” Warner said in a statement.

Virginia’s adoption of seven gun control measures backed by Gov. Ralph Northam this year met substantial pushback, with an estimated 22,000 people attending a gun rights rally in and around Capitol Square in January. Still, the legislature passed all but an assault weapons ban, citing a mandate from voters to act on the issue.

Gun rights activists unsuccessfully sued the state to block the July 1 implementation of two of the laws, the one-handgun-a-month measure and universal background checks.

“We have seen the scourge of gun violence in the tragedies of Virginia Tech and Virginia Beach, drive-by shootings, domestic violence, the hundreds of suicides by firearm every week, and other crime in cities and towns across our country,” Kaine, who was governor during the 2007 Virginia Tech shooting, said in a statement.

He added: “For too long, Congress has remained a bystander while states like Virginia have taken action. While no single piece of legislation can eradicate gun violence, as elected officials we have a responsibility to act. We must learn painful lessons from these horrific events and follow the Commonwealth’s example to take commonsense steps that can help save lives.”

The bill proposes the following at the federal level: a “red flag” law, which would allow for temporary removal of firearms “from individuals who pose a high risk of harming themselves or others”; a one-handgun-a-month measure, which Virginia also had from 1993 to 2012; requiring gun owners to report a lost or stolen gun to law enforcement within 48 hours; and holding gun owners liable “for recklessly leaving a loaded, unsecured gun in the presence of a minor.”

It would also enact universal background checks on all gun sales and transfers, with exemptions for certain family members, law enforcement officers, military service members, hunting, target shooting, and self-defense, and a measure that would prohibit people convicted of dating violence and stalking from owning a gun.

Daniel Gade, a U.S. Army veteran who is the Republican running against Warner, criticized the senators’ proposal.

“This is hardly commonsense,” Gade said in a statement. “We can talk about these issues, but career politicians in Washington trampling all over our Constitutional rights is not what America’s soldiers and I sacrificed to protect.”

On Twitter, Gov. Ralph Northam thanked Kaine and Warner for introducing the bill and said, “The historic action we took in our Commonwealth should be a model for the nation.”

A protester waves the flag of Virginia at a gun-rights rally at Capitol Square in Richmond.