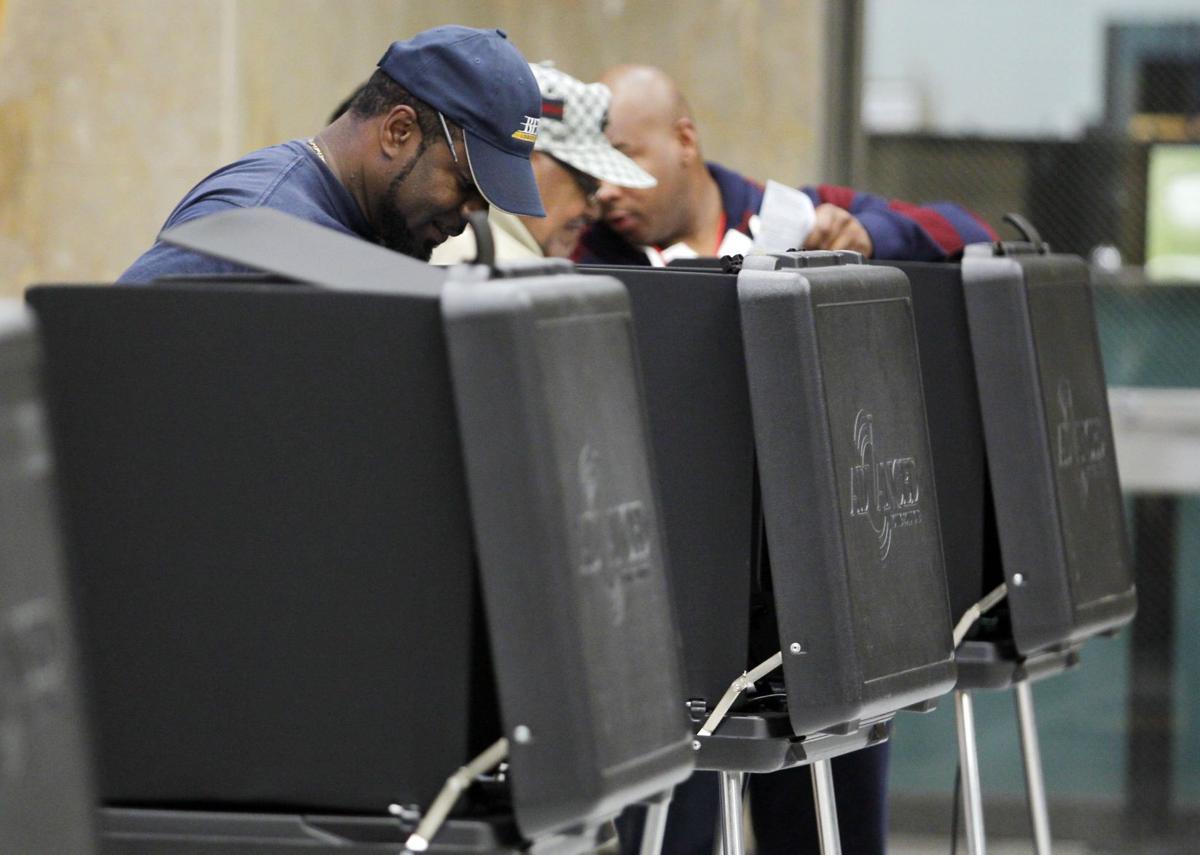 Voters cast their ballots at City Hall on the final day for in person absentee voting in Richmond on Nov. 3, 2012. 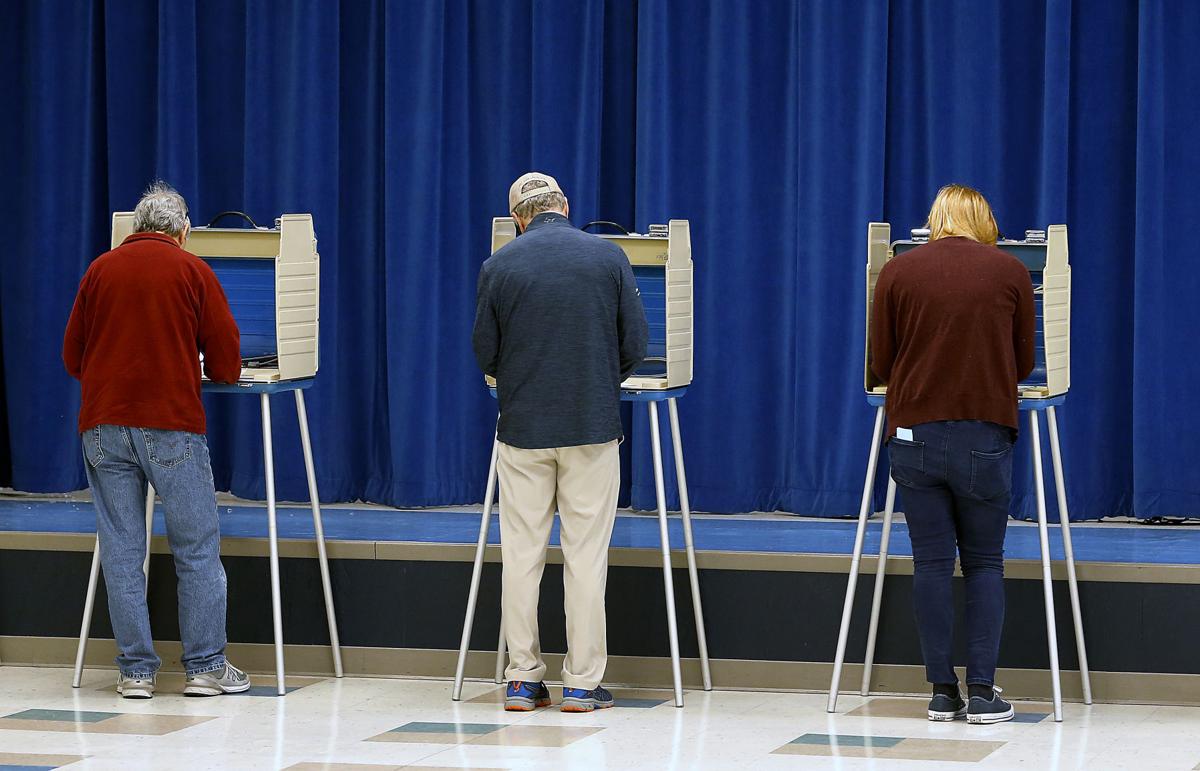 The lawsuit alleges that Virginia’s rules for absentee voting violate the Americans with Disabilities Act.

A group of disability advocacy organizations and voters is suing Virginia over its absentee voting rules in advance of the November election.

The lawsuit comes as Virginia prepares for an increase in absentee ballots this year, which state officials are encouraging, given the continued spread of COVID-19.

“The (state’s absentee voting system) provides no alternatives to accommodate individuals with print disabilities to enable them to vote privately and independently,” the lawsuit claims. “As a result, individuals with print disabilities must choose between their health and their right to vote because they are forced to go to their local electoral board or polling place to privately and independently mark their ballots.”

Virginia Elections Commissioner Chris Piper said Wednesday that the Department of Elections does not comment on litigation.

Specifically at issue is the way voters can cast an absentee ballot. While the state no longer requires a reason for voting absentee, its absentee voting system requires people to mark who they’re voting for, enclose and seal the envelope, fill in and sign the statement printed on the back of the envelope in the presence of a witness, who must sign the same envelope, and mail it to the local registrar or deliver it personally to the general registrar.

The lawsuit says that requiring blind voters to read, mark and sign their ballots and envelopes in hard copy “forces them to seek assistance from other persons in order to vote absentee, depriving them of the right to cast a ballot privately and independently, as nondisabled voters may do.”

The American Civil Liberties Union and League of Women Voters sued the state in April over the witness requirement, asking a federal court to stop the state from enforcing the requirement during the COVID-19 pandemic. The two sides reached an agreement pertaining to the June 23 primary elections.

In the more recent lawsuit, the organizations and voters asked Virginia to make an email ballot delivery system that’s used for military and overseas citizens available to blind voters, among others.

“We are disappointed that the Virginia Department of Elections has not been forward in articulating a plan that would provide for a private, safe and independent ballot for voters with disabilities,” Sam Joehl, the president of the American Council of the Blind of Virginia, said in a statement.

“We call upon the Virginia government to uphold their legal and moral obligations by implementing a solution that allows voters with disabilities to cast their ballots safely and independently.”

The lawsuit says the current system violates the ADA, which became law in 1990.

Eve Hill, a disability rights attorney at Brown Goldstein & Levy, one of several firms representing the plaintiffs, said, “Thirty years ago, Justin Dart, the father of the ADA, exhorted people with disabilities to ‘Vote as if your life depends on it — because it does.’ Yet today, voters with disabilities must risk their lives to vote in Virginia.”

Voters cast their ballots at City Hall on the final day for in person absentee voting in Richmond on Nov. 3, 2012.

The lawsuit alleges that Virginia’s rules for absentee voting violate the Americans with Disabilities Act.