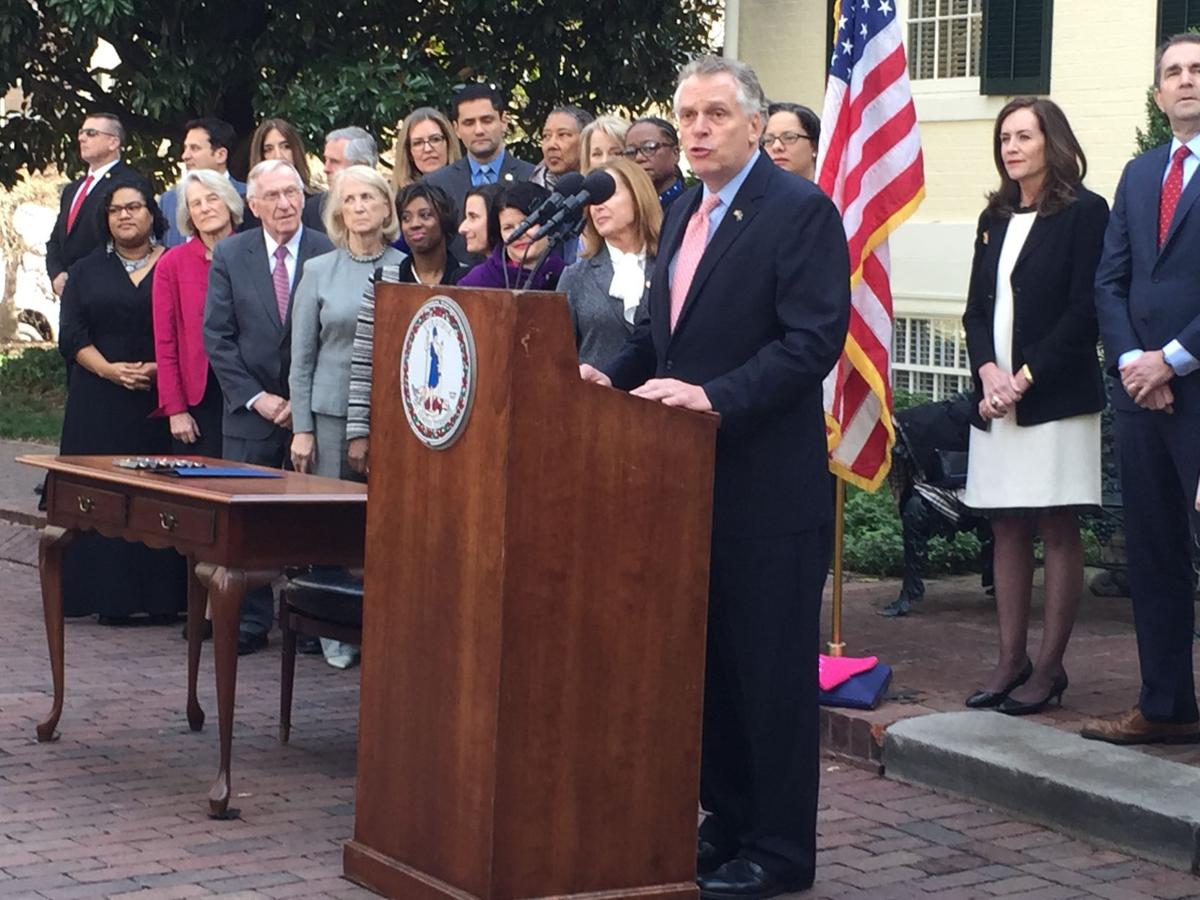 Gov. Terry McAuliffe, flanked by Democratic legislators who back the action, talks about his veto of a bill to defund Planned Parenthood. 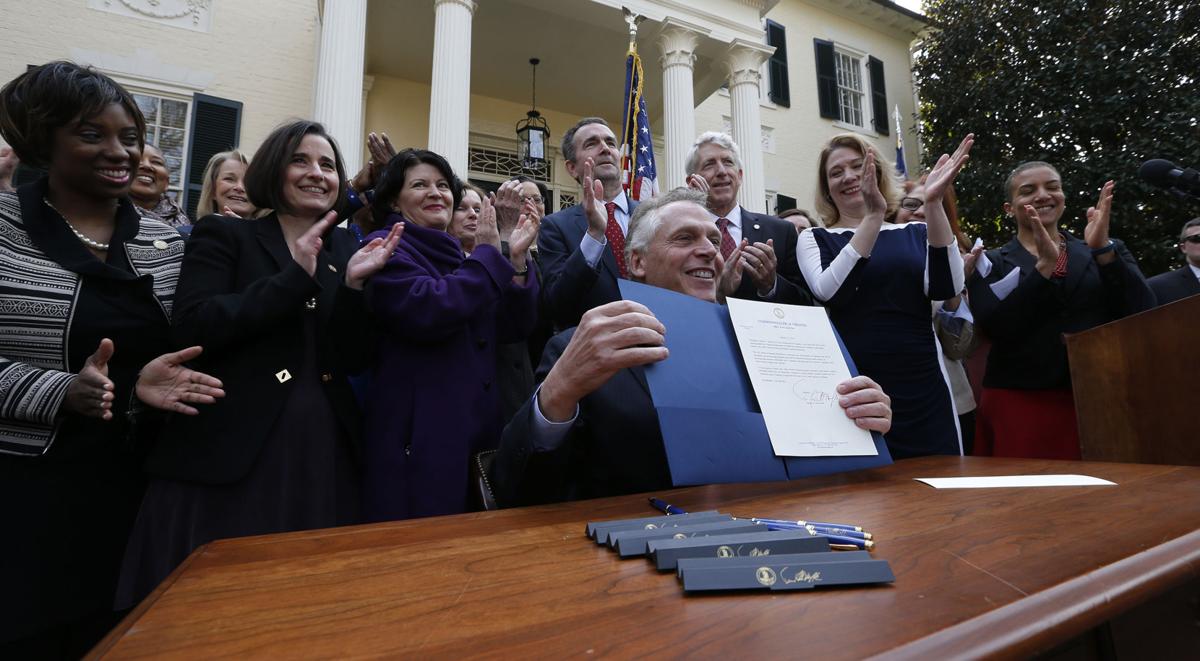 Paulette McElwain, CEO of the Virginia League for Planned Parenthood; and Chelsea Wise, clinician with Leaders for Life, applauded Gov. Terry McAuliffe, who vetoed the bill that would halt state funds going to clinics that perform abortions not covered by Medicaid.

Gov. Terry McAuliffe has vetoed a bill that would restrict Planned Parenthood from contracting with the state.

The bill, sponsored by Del. Benjamin L. Cline, R-Rockbridge, passed the Senate last week on a 20-19 vote. It would prevent the Virginia Department of Health from providing funds to clinics that provide abortion services to women who are not covered by Medicaid.

During an event outside the Executive Mansion on Tuesday, McAuliffe referred to the building as the “brick wall” to protect women’s health care. He spoke in front of advocates from Planned Parenthood, NARAL Pro-Choice Virginia and Progress Virginia.

“It’s important for women to have access to quality health care,” he said. “This is what matters to Virginia families today.”

“This wall just got taller, and it just got wider, folks,” he told the crowd Tuesday before vetoing the legislation.

McElwain referred to Cline’s legislation as another example of “political attacks on women’s health.”

“Health care is a reality only if it is accessible and affordable,” said Attorney General Mark R. Herring, a Democrat who is seeking re-election. “Attacks on Planned Parenthood do nothing to advance health care. They take us in the wrong direction.”

In a prepared statement, Cline expressed hope that the General Assembly will override McAuliffe’s veto.

“This important legislation would have prioritized taxpayer dollars toward providers of more comprehensive health care services, and the governor’s veto undermines those efforts to improve health care in rural and underserved areas,” Cline said.

The bill would allow the state to fund a clinic only if it solely provides Medicaid-eligible abortions, such as in cases of rape or incest, when the mother’s life is in danger, or when the fetus has a physical or mental deformity.

During his speech, McAuliffe referenced North Carolina’s transgender bathroom law and said such bills as Cline’s are similar examples of discrimination that would cause businesses to turn away from Virginia.

“Discrimination breeds hatred, and we will not tolerate that in the commonwealth of Virginia,” he said. “We treat everyone equally, with dignity and respect.”

Lt. Gov. Ralph S. Northam, one of two Democrats seeking their party’s nomination for governor, said at the event that legislators, “most of whom are men,” need to stop telling women what to do with their bodies.

Olivia Gans Turner, president of the Virginia Society for Human Life, accused McAuliffe in a statement of putting “the abortion lobby” before “the women and unborn children of the commonwealth.”

Outside the mansion’s grounds, protesters from the Family Foundation, which opposes abortion, held up signs that said “Planned Parenthood lies to you,” “57 percent of Virginians oppose taxpayer funded abortions” and “All Lives Matter.”

“It’s disappointing the governor continues to do the bidding of the abortion industry,” said Victoria Cobb, president of the Family Foundation, adding that the event was “a big political game” and that “women should be sad.”

VIRGINIA BEACH, Va. (AP) — After over a year without a neighborhood grocery store, Norfolk residents in Olde Huntersville now have a place to …

LEESBURG, Va. (AP) — Virginia resident Katie Orndoff was in court to testify at the domestic assault trial of her boyfriend, who was accused o…

FARMVILLE, Va. (AP) — A Virginia woman was killed Sunday and her husband and their eight children were injured when their Amish horse-drawn bu…

ATLANTA (AP) — The winning numbers in Tuesday evening's drawing of the "Mega Millions" game were:

Gov. Terry McAuliffe, flanked by Democratic legislators who back the action, talks about his veto of a bill to defund Planned Parenthood.

Paulette McElwain, CEO of the Virginia League for Planned Parenthood; and Chelsea Wise, clinician with Leaders for Life, applauded Gov. Terry McAuliffe, who vetoed the bill that would halt state funds going to clinics that perform abortions not covered by Medicaid. 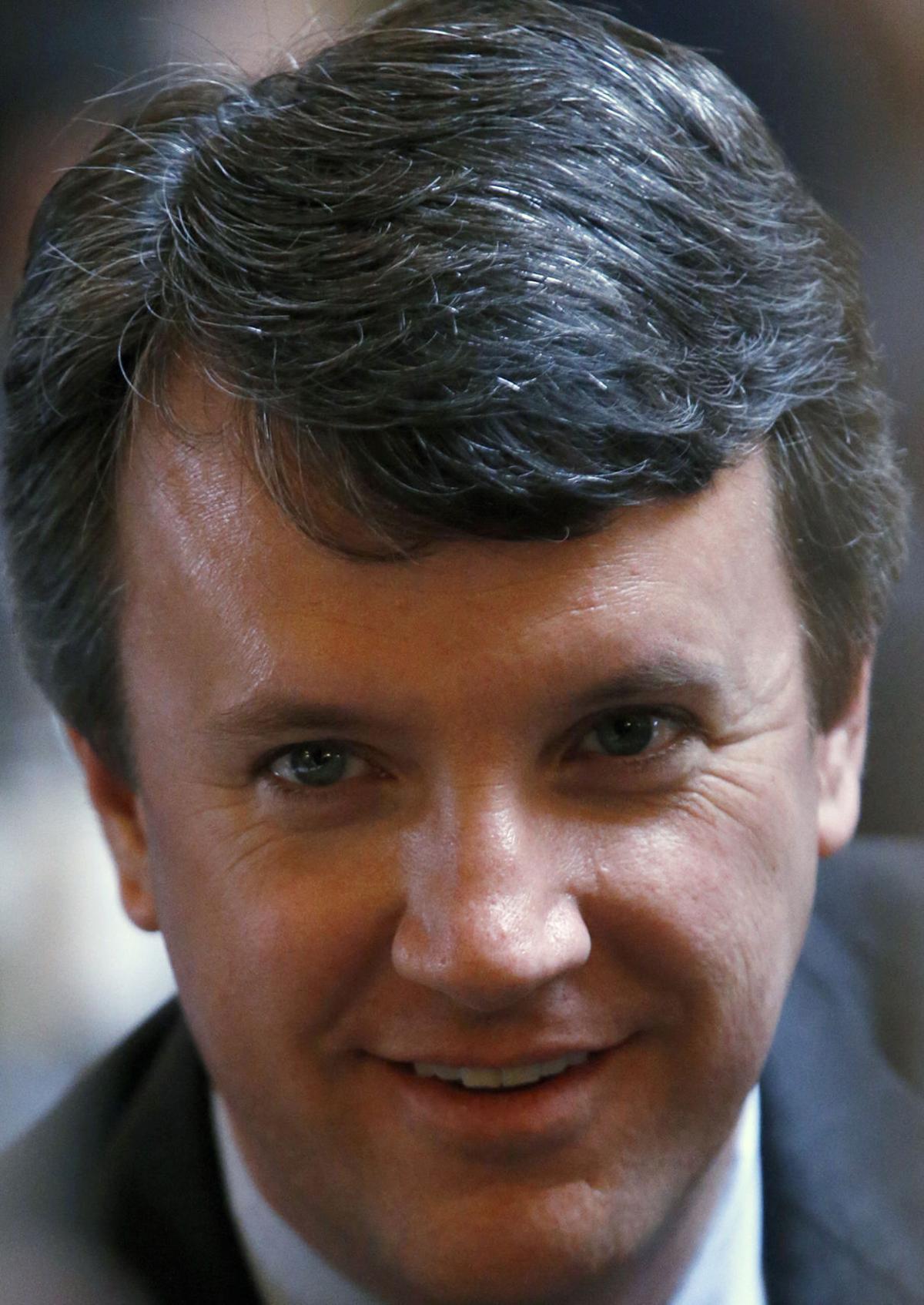