Grand jury indicts 1 police officer in Breonna Taylor case; not for her death

Advocates for reform of Virginia’s marijuana prohibition laws say the new makeup of the legislature means Virginia could vote to decriminalize marijuana next year.

Certain Republican leaders in recent years stopped decriminalization bills from reaching a full vote of the House and Senate, but in January they won’t be in charge anymore. On Nov. 5, Democrats took control of the state House and Senate, and Democratic Gov. Ralph Northam, a doctor, has backed decriminalization for more than two years, saying enforcement is expensive and disproportionately jails African Americans.

It’s “very likely” that a decriminalization bill with bipartisan support will make its way to Northam next year, changing the state penalty for possession of small amounts of marijuana from a criminal misdemeanor carrying up to 30 days in jail to a civil fine, said Jenn Michelle Pedini, executive director of the group Virginia NORML and one of the state’s top advocates for legal use of marijuana.

NORML estimates that state and local governments in Virginia spend $100 million a year enforcing marijuana laws, based on a 2018 study from the Cato Institute that showed Virginia was spending over $81 million in 2016.

Decriminalization is not the same as legalization. Even if it’s decriminalized, marijuana would remain prohibited and police would still be able to detain and charge someone with possession of marijuana. But the charge would be a civil infraction, not a criminal misdemeanor.

Public opinion polls show widespread support for relaxing the prohibition on marijuana; 61% of Virginians said they support legalizing marijuana for adults, according to a recent poll by the University of Mary Washington, with 34% opposed. The Virginia State Crime Commission in 2017 studied marijuana decriminalization at the request of the General Assembly; 3,743 written comments supported decriminalization while 107 opposed it.

“We all believe that decriminalization will occur in the 2020 session,” said Del. Steve Heretick, D-Portsmouth, who has previously introduced decriminalization and legalization bills. “We have folks on both sides of the aisle who understand that it is good public policy.”

Heretick, a lawyer, said some judges and lawyers for years have questioned why marijuana is treated like a drug with the addictive qualities of heroin, for example. In addition to its pervasive recreational use, marijuana is beneficial in treating neurological disorders and pain, he said.

He said he expects Virginia to see legalized marijuana for recreational adult use “probably in the next three to five years.” Heretick said he and Sen. David Marsden, D-Fairfax, will create a “cannabis caucus” in the next session.

Sen. Siobhan Dunnavant, R-Henrico, a doctor who has championed the use of medical cannabis, is among Republicans who have expressed support for decriminalization.

“I’m in favor of the concept of decriminalization, but I would need subject matter experts to define the best legislative path,” she said in a statement. “I am a strong advocate for the medical value of marijuana but am not as well versed in the area of criminal justice. I believe we can build consensus on a plan for decriminalization.”

Supporters of decriminalization were heartened in 2016 when Senate Majority Leader Tommy Norment, R-James City, said the state should stop locking people up for possessing modest amounts of marijuana. But in 2018, Norment opted not to file a decriminalization bill because he didn’t believe it could pass. A GOP-controlled House Courts of Justice subcommittee has killed Democratic bills on marijuana.

Adding to the momentum for a change in the law, Attorney General Mark Herring in June came out in favor of decriminalizing small amounts of marijuana for adults and wrote in a Daily Press op-ed that Virginia should “start moving toward legal and regulated adult use.”

He cited the number of first-time marijuana convictions in Virginia rising from 6,500 in 2008 to 10,000 in 2017. Marijuana arrests reached nearly 29,000 in Virginia in 2018, their highest level in at least 20 years. A 2013 national study by the American Civil Liberties Union found that a black person was 3.73 times more likely to be arrested on a marijuana possession charge than a white person, though blacks and whites use marijuana at similar rates.

Lawmakers will be dealing with a variety of marijuana bills next year. Del. Lee Carter, D-Manassas, has said he plans to file a bill to expunge all criminal records for misdemeanor and felony cannabis possession in Virginia.

Lawmakers have heard arguments against marijuana from the Virginia Association of Commonwealth’s Attorneys.

Michael Doucette, the group’s lobbyist and a former Lynchburg commonwealth’s attorney, said discussions on marijuana legislation should look at the stronger potency of marijuana now compared to the past, whether there are links between marijuana and mental illness, how to regulate smoking in public, and what to do about motorists who have used marijuana.

In 2017, a vote of the association’s membership found about 50% of prosecutors didn’t want any change in the law, he said.

“There may be some links between mental illness and the use of marijuana,” he said, citing a January article in the magazine Mother Jones about the book “Tell Your Children” by Alex Berenson, who examined teenage marijuana use and mental illness.

Doucette also cited a January article in The New Yorker about Berenson’s book, which referenced a 2017 report by the National Academy of Medicine that said, “Cannabis use is likely to increase the risk of developing schizophrenia and other psychoses; the higher the use, the greater the risk.”

Prosecutors will meet at an executive conference in early December about where they stand on policy issues.

The General Assembly has already passed legislation to allow up to five dispensaries across the state to produce cannabis products for medical purposes. In a secret process, the Virginia Board of Pharmacy last year chose five companies out of 51 applicants.

Marijuana arrests in Virginia hit their highest levels in at least 20 years in 2018, a climb that has sparked calls for overhauls and bucked t…

'This is a blue state': Northam outlines priorities in Cabinet meeting after Democrats win control

In declaring Virginia a “blue state,” Gov. Ralph Northam vowed Wednesday to move ahead on liberal issues he said have long been stalled by Rep…

Virginia is still expanding its medical cannabis program. But some see a collision course with the hemp-based CBD industry.

As Virginia's industrial hemp market takes off, police have no quick way to tell if it's marijuana

Fewer than 100 people held a license to grow industrial hemp last year — a plant Virginia considered marijuana not too long ago. They grew 135…

A Virginia House of Delegates subcommittee shot down a handful of marijuana bills Wednesday evening, including a pot decriminalization proposa…

This would not have happened a few years ago, but on Wednesday the Virginia attorney general hosted a “cannabis summit” in Richmond as Virgini… 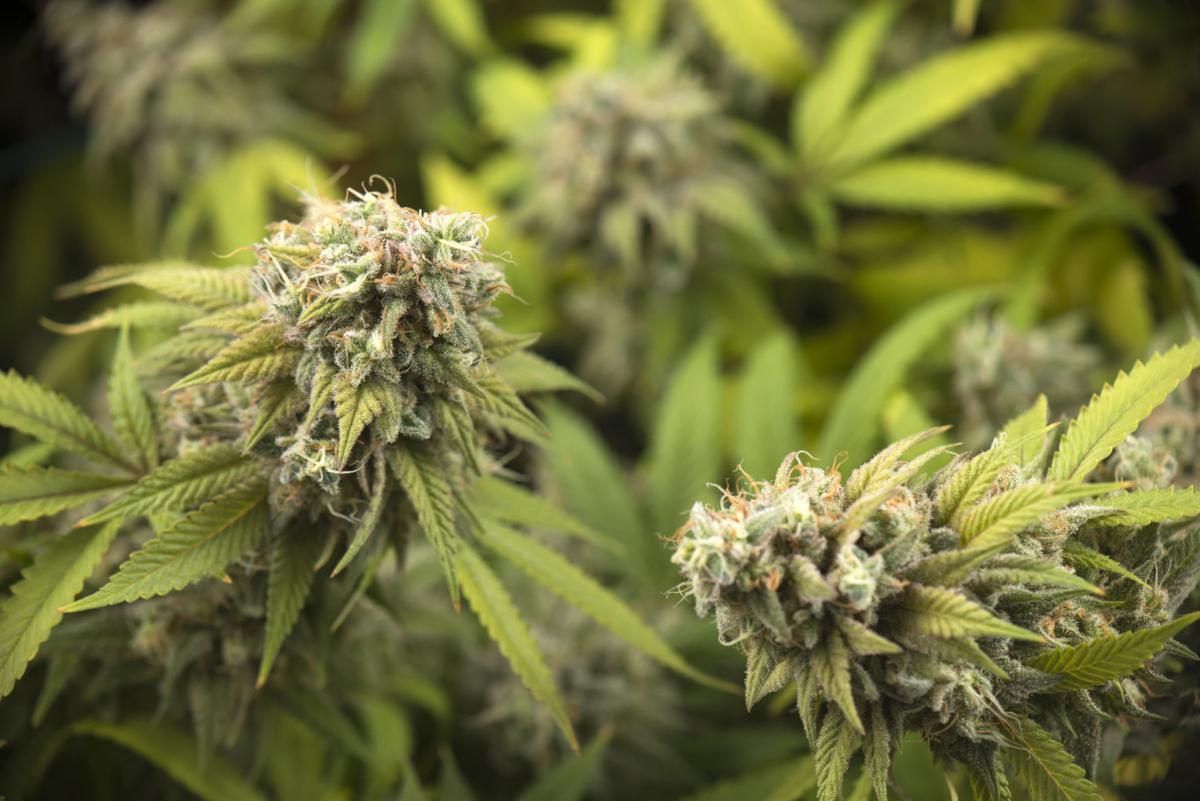 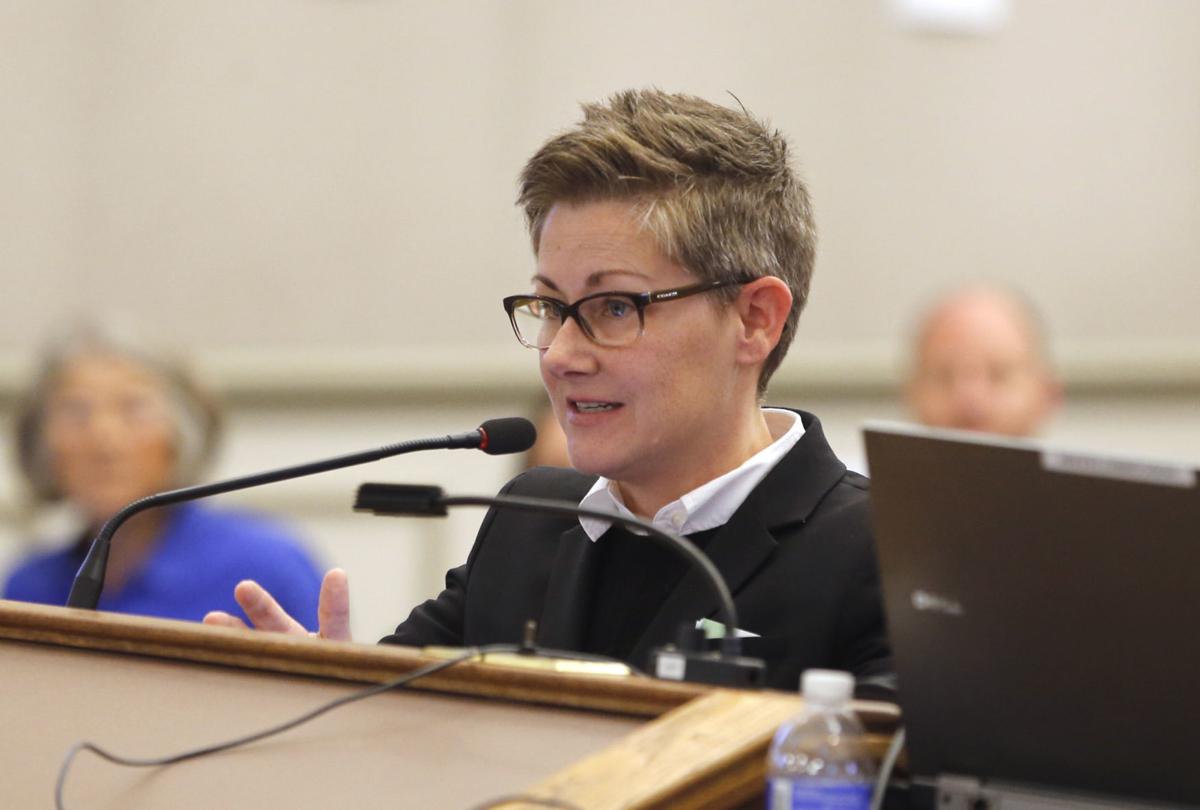