As Va. passes 5 million total vaccines given, Northam says every resident who wants a dose could get one by end of May

Tressie McMillan Cottom’s short-lived career as an enrollment officer at a for-profit technical college ended with a furtive call from her cellphone to one of her potential young recruits.

With her resignation notice submitted, Cottom walked into a restroom and left Jason a voice message urging him to call his local community college instead of signing up for a $72,000 bachelor’s degree in electrical engineering technology.

Cottom, now an assistant professor of sociology at Virginia Commonwealth University, said she doesn’t know if Jason took her advice nearly a decade ago.

“I wonder a lot,” she said, and wondering about his fate drove her research for her new book, “Lower Ed: The Troubling Rise of For-Profit Colleges in the New Economy.”

Cottom quit her job at the technical college in Charlotte, N.C., to return to her studies at North Carolina Central University. She then earned a doctorate from Emory University, where she began researching for-profit colleges.

Her book explores why about 2 million people believe in “the education gospel” according to the for-profit sector.

But even in that moment of clarity when she refused to bring Jason into the fold, Cottom said, she had yet to understand the larger story of inequality that has made the for-profit industry profitable at taxpayer expense.

She thought only that “they offered different types of degrees,” said Cottom, who also had worked at a cosmetology school during her break from N.C. Central.

Cottom grew up in Charlotte in a family that valued education.

Her mother’s favorite poem, Langston Hughes’ “Mother to Son,” became hers too. She remembers reciting the poem as a young child when guests visited.

“I think of that a lot when I talked to students for this project,” said Cottom, who took initial enrollment steps at nine for-profit schools as she researched her book.

Hughes’ metaphor about life being “no crystal stair” is the analogy for social mobility she uses in talks to describe the splinters that snag students on their upward climb.

What for-profit colleges do right, she said, is help students with that first step on the ladder.

Traditional schools, even open-access community colleges, make assumptions about what students are capable of doing, she said.

They assume students can figure out the forms they need to sign or at least know someone to call if they can’t.

“For-profit colleges don’t assume any of that about their students,” Cottom said. “They assume everybody who calls them needs hand-holding from point A to point B, and they provide it.”

That includes the crucial step of signing up for federal financial assistance, but it also means that when students show up the first day, their books are waiting for them, she said.

“They have taken out about every choice and option a student can have. Because of that, all a student has to do is show up and go with the flow.”

That help is a benefit not just for poor students, she said, but surprisingly also for those in the middle class seeking graduate degrees — especially time-stressed women who are busy working and caring for their families.

“It isn’t that they can’t figure out how to do higher education, but going with the stream saves them time from having to figure it all out,” said Cottom, whose insights have drawn national attention, including an appearance Wednesday on “The Daily Show With Trevor Noah.”

The brilliance of for-profit colleges, Cottom said, is that they came up with a system that works for different groups and are willing to invest resources in the front-end process of helping students enroll.

“Those are the things that they do really right. The only problem is the reason they do them right,” she said.

They put resources into marketing and enrollment because it’s the most efficient way to make a profit, she said, “and that changes everything.”

“The profit motive changes everything. It means that instead of helping students, you’re selling students.”

Once more commonly known as career colleges, the for-profit sector has a long history that only recently has included advanced graduate degrees.

Some career schools have stayed true to their roots, keeping a more narrow focus on the credential and industry licensing needs of local economies.

Cottom said her criticism is not directed at these smaller-scale operations that are in tune with their communities and don’t think of students “as revenue streams.”

What changed the industry and led to its rapid expansion, she said, was Wall Street: Investors recognized the market potential of degrees at the moment that the new economy demanded employees with more credentials.

Wall Street, she argues, monetized people’s aspirations and their faith in education as the path forward.

As part of her research, Cottom joined Sisters Working to Achieve Greatness, an online support group for women who mainly were seeking “upmarket” master’s and doctoral degrees.

Even after they maxed out on federal student loan limits and took on private debt, instead of warning bells they saw validation in the high price of their degrees, Cottom said.

“How much debt ruins your life depends on how well you can repay it,” Cottom said.

A report last fall from the U.S. Department of Education found the default rate has dropped for students at for-profit schools. But they still accounted for 35 percent of federal loan defaults and represented only 26 percent of all borrowers.

The default rate is a sign of the trouble graduates have finding high-paying jobs, Cottom said, and an indication of the judgment employers make about the quality of their degrees.

Then-President Barack Obama’s administration worked to curtail the excesses of the industry. Those efforts forced the closure of two major chains by cutting off access to federal loans for their students.

But for-profit stocks rose after the presidential election, and the fate of the regulatory crackdown is uncertain under President Donald Trump, who started his own eponymous for-profit.

Still, enrollment has been declining.

According to the National Center for Education Statistics, undergraduate enrollment in for-profit, degree-granting institutions quadrupled in the first decade of the 21st century, growing from 400,000 to 1.7 million from 2000 to 2010.

For-profit enrollment is not tracked in Virginia by state education officials.

The State Council of Higher Education for Virginia compiles statistics on public schools as well as private, nonprofit colleges, because their students receive tuition assistance grants from the state.

There’s no such “hook” to capture for-profit numbers, said SCHEV Director Peter Blake. U.S. education statistics keep tabs on the sector based on federal student loans, but those numbers are on a slower timeline with a different set of rules.

“It’s a pretty small percentage of what happens in higher ed,” he said, but for-profit numbers are included in the state’s overall goals to increase the number of Virginians with post-secondary credentials or degrees.

“We use census data that doesn’t ask if you got your degree from a for-profit or a nonprofit,” he said. “It just asks what’s your highest level of education.”

The for-profit sector has “credible players,” he said. But it also has many “who fit the description that Tressie portrays in her book — that it’s all about the money, all about cycling students through. It’s unfortunate that that then becomes the character of the entire industry.”

Of Cottom, he said, “she is simply the smartest and most observant person I have met in my career.”

RICHMOND, Va. (AP) — One of two police officers accused of pepper-spraying and pointing their guns at a Black Army officer during a traffic st…

WINSTON-SALEM, N.C. (AP) — A second lieutenant in the U.S. Army is suing two Virginia police officers over a traffic stop last December during… 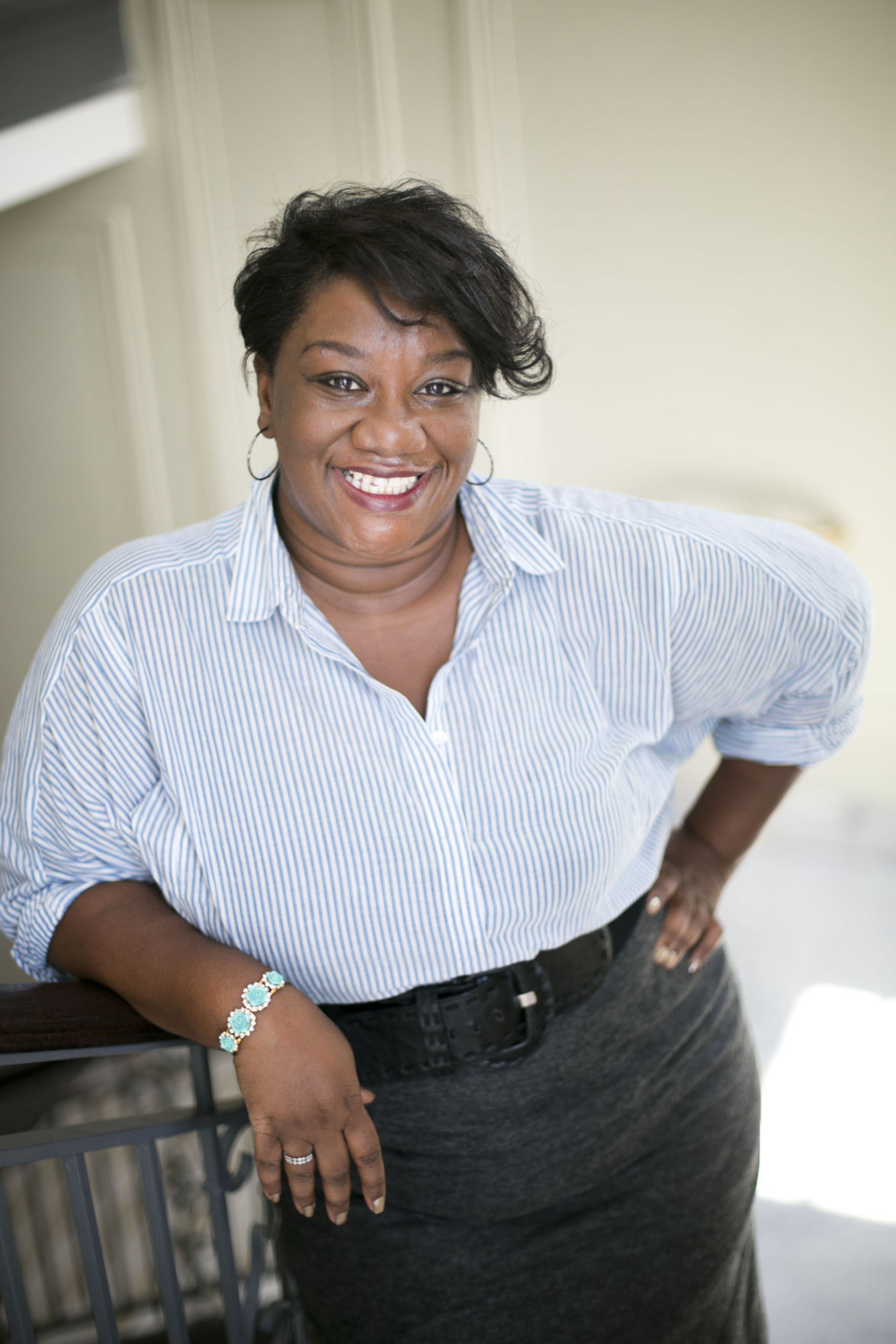 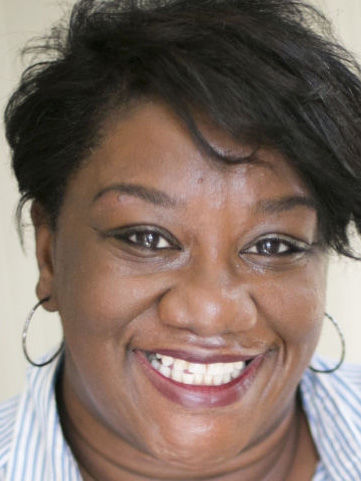 is an assistant professor at VCU and author of “Lower Ed,” which looks into the rise of for-profit colleges.