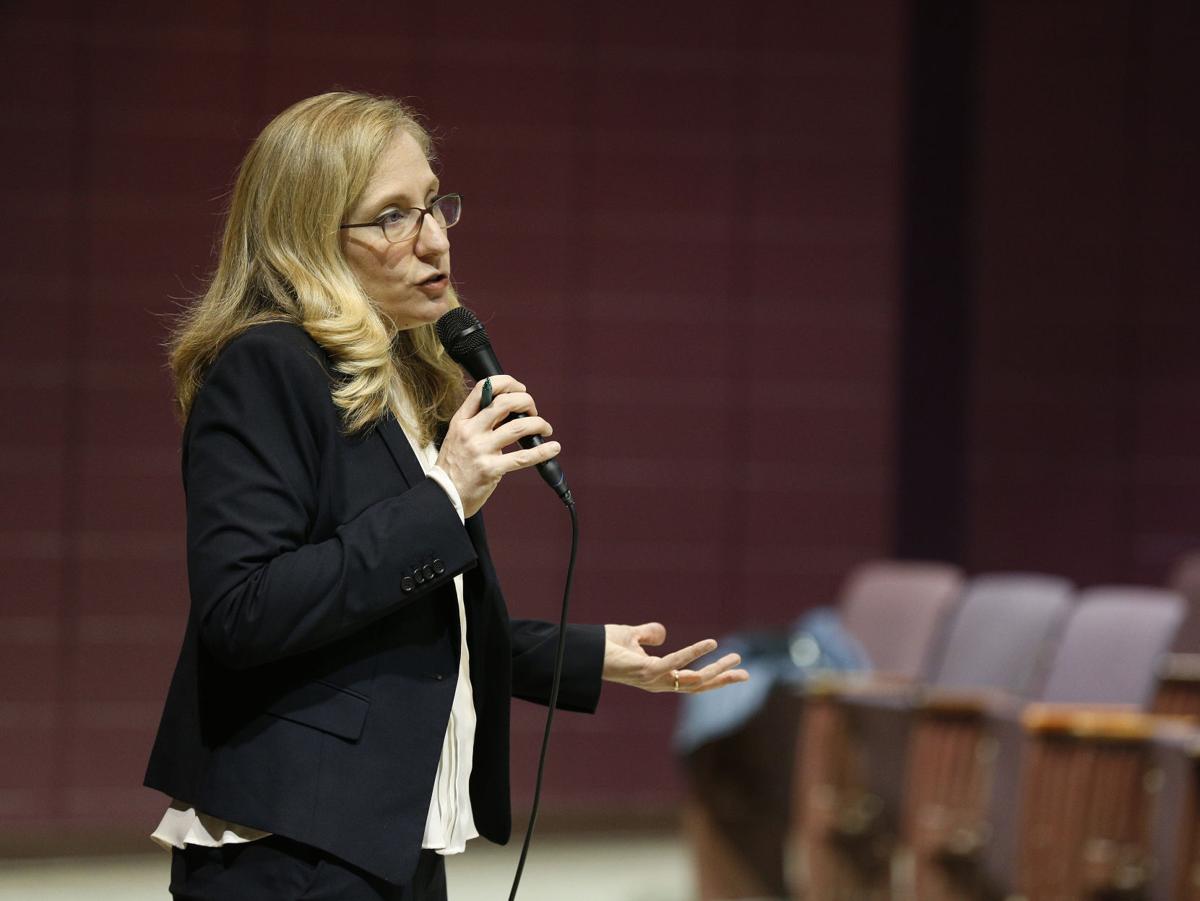 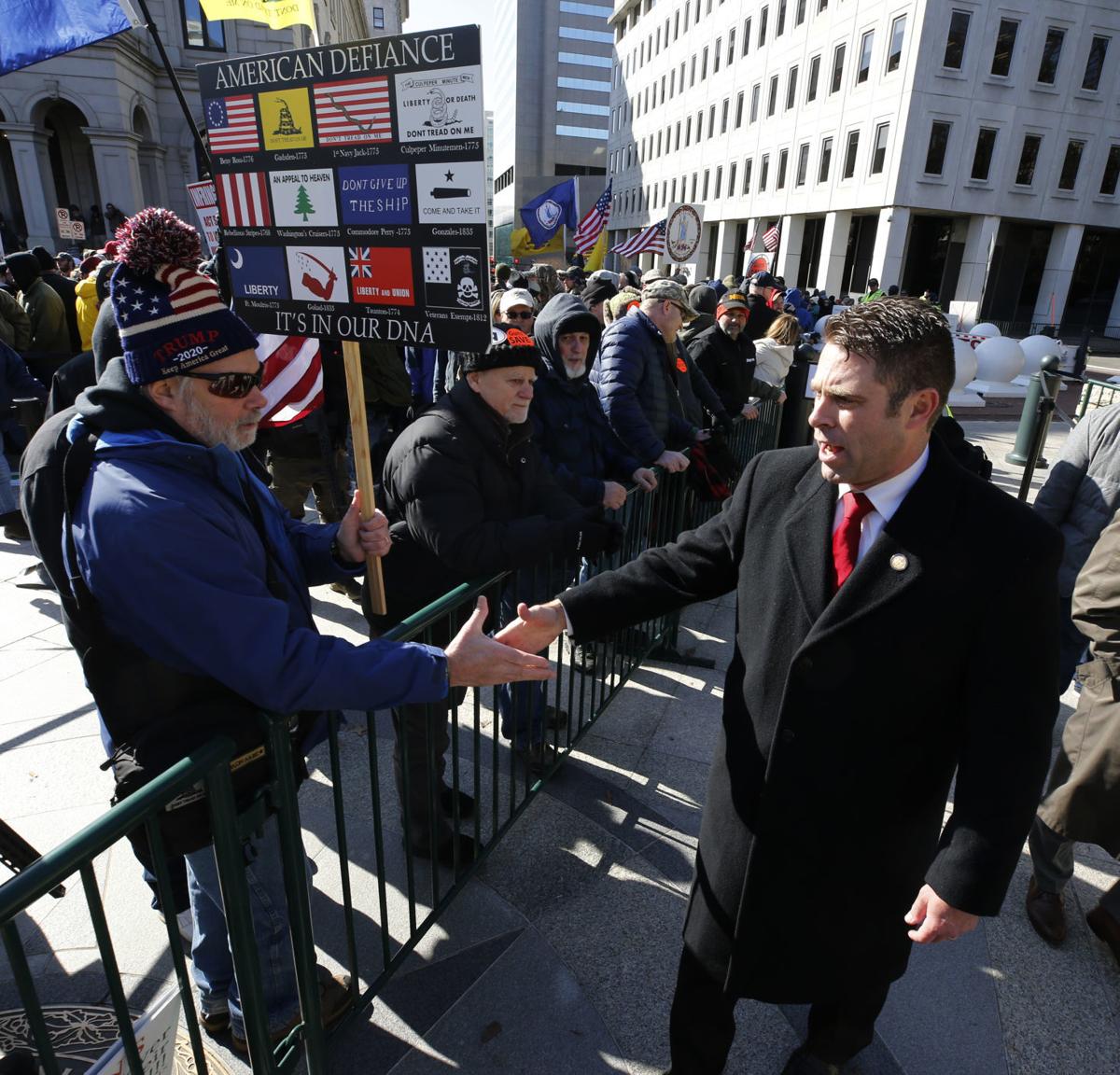 Del. Nick Freitas, R-Culpeper, right, shakes hands with a member of the crowd at a gun rights rally Jan. 20 as he enters the state Capitol in Richmond.

Two years after losing the congressional seat, 7th District Republicans will decide July 18 who will run against Rep. Abigail Spanberger in November.

The district’s GOP committee will host a walk-thru convention at Meadow Event Park in Caroline County, where the State Fair of Virginia is normally held. Republicans hope to flip back a seat from the former CIA officer who beat Rep. Dave Brat, R-7th, in 2018. The convention was initially scheduled for April but postponed because of the coronavirus pandemic.

The 7th District, one of Virginia’s most competitive, is a mix of seven rural counties and parts of two large suburban counties. It includes all of Orange, Culpeper, Goochland, Louisa, Nottoway, Amelia and Powhatan counties, along with large parts of Chesterfield and Henrico counties.

Here are the candidates, in alphabetical order, looking to unseat Spanberger come November:

Two years after he narrowly lost a primary for the GOP U.S. Senate nomination to Corey Stewart, Freitas is looking to secure the Republican nomination for a U.S. House seat.

“This is a competition between two competing philosophies going on in the country right now, and I think a large part of that battle is going on at the federal level where we’re either going to go toward the traditional American experiment, which is the idea that the government’s role is to protect your liberty, protect your property and to let you live your life,” Freitas said, “versus the other philosophy, which is more based around the idea of government just constantly intervening in how we raise our kids, how we run our businesses and how we live our lives.”

Freitas joined the Army after high school and volunteered for the U.S. Army Special Forces (Green Berets) after the 9/11 terrorist attacks. He served two tours in Iraq and worked for a service-disabled veteran-owned company after leaving the Army in 2009.

He has represented the 30th District in the House of Delegates since 2016, gaining national recognition that year for a pro-guns speech on the floor of the House.

Freitas has significantly outraised his opponents, according to the Virginia Public Access Project, with more than $1 million brought in.

Greenwald describes himself as a “Reagan Republican.”

As an eighth-grader, he watched the former California governor speak during the 1976 Republican convention on a 12-inch black-and-white TV Greenwald’s brother bought to watch the 1972 Summer Olympics. Four years later, he cast his first vote for Reagan in the 1980 presidential election.

Now, Greenwald is looking to launch his own political career.

The Navy veteran turned teacher in Chesterfield sought the 7th District GOP nomination in 2014, but dropped out and endorsed Brat. This year, the Springfield, Ill., native hopes to carry an anti-abortion message into the halls of Congress, where one of his heroes, Abraham Lincoln, once served. He’s also inspired by the Declaration of Independence’s well-known phrase: “Life, Liberty and the pursuit of Happiness.”

“That begins with life,” he said.

Knaggs would sit at home and watch the nightly news with his father, a Haitian immigrant, when he was 5 or 6 years old. The elder Knaggs would interpret the news and pass it along to his son.

“He’s the first one who introduced me to the notion of politics,” Knaggs said of his father, Fred, who died in 2018. “He’s also the one who instilled in me a work ethic that ... is stoic in nature and not in the sort of the contemporary sense of stoicism, but in kind of the classic that the thing that matters is your action.”

That work ethic led Knaggs, a first-generation American, to the U.S. Military Academy. He graduated in 1996 and served in the Army until 2005. He went to law school at the College of William & Mary after leaving the Army, but found his way back into service in 2009 with the Department of Defense.

Now running for elected office for the first time, he said he hopes to bring experience and an “unquestionable” support of Trump to Congress.

“The American dream is in jeopardy,” Knaggs said. “We need to stop the bleeding, and we need to win this seat back. The only way we’re going to do that is with competent, courageous representation and someone who really believes in the things he’s saying and I certainly do.”

After breaking his neck in a trampoline accident in 2006, doctors gave McGuire hours to live. Even if he did survive, there was no way he would regain the use of his arms or legs, they said. It took McGuire about a year.

“I’ve overcome impossible odds my whole life,” he said. “I never had a doubt. I believe God gave me a second chance.”

McGuire was abandoned as a child. He lived in foster care, going to nine different elementary schools and ultimately graduating from Henrico High School. He became a Navy SEAL and, after leaving the Navy, founded SEAL Team Physical Training, which he continues to run.

The Goochland resident hopes to add congressional nominee to his résumé this week.

He has served in the House of Delegates since 2018, representing a district that is entirely within the 7th District.

“Out of that, I learned how to respect his ability to learn differently than me and get along with people that are different,” said Ramirez, a non-denominational Christian. “It made me begin to see how people were being persecuted throughout the world so I just became very passionate to help people who are suffering.”

The Powhatan County native founded Hardwired, a nonprofit organization that promotes religious freedom in more than 30 countries, in 2013. Before that, she was a staff member for the U.S. Commission on International Religious Freedom.

The Hispanic single mother, who is running for elected office for the first time, was the first of the six candidates to announce her run. She hopes to win the suburban women vote, which carried Spanberger to victory in 2018.

“This district is going to need a different kind of candidate if we’re going to win against Abigail Spanberger,” she said. “Everyone I’m running against doesn’t really challenge the narrative of what she ran against in the last election.

“We want someone who can defend our conservative values and also help move the ball forward and not just get caught in the gridlock of polar opposites between Republicans and Democrats,” she said. “That’s something I’ve proven I can do.”

President Donald Trump’s 2016 election inspired Roberge to run for office. This is his first time seeking elected office as he looks to bring “new leadership on the national stage to fight the lunatic left-wing Democrats.”

“[Trump] reinvigorated the Republican Party and changed the model of who can be elected,” Roberge said. “The Swamp traditionally pours millions of dollars into a primary in order to jam one or two candidates in as our ‘best choices’ to distract us from our most capable candidates.”

Born in Massachusetts, Roberge served in the U.S. Coast Guard like his grandfathers. An alumnus of the University of Massachusetts and Fitchburg State University, he is a lawyer and former business owner.

He describes himself as the opposite of Spanberger, the “conservative AOC,” referring to Rep. Alexandria Ocasio-Cortez, a New York Democrat.

“I refuse to let people go without a voice in Congress, which is why I will be holding frequent constituent meetings and considering all feedback from folks in the district,” Roberge said. “I will not apologize for defending our constitutional rights, including the right to life and Second Amendment.”

Roberge said he will donate his entire congressional salary to charities in the 7th District.

Rather than a drive-thru convention, like the June gathering in which former Liberty University employee Bob Good unseated Rep. Denver Riggleman, R-5th, Republicans in the 7th District will go inside to cast their ballots.

The convention is set to begin at 7:30 a.m. in front of the Farm Bureau Exhibition Hall at Meadow Event Park with opening ceremonies. Voting will start at 8 a.m.

Delegates will cast their ballots and await results outside, presumably in their cars.

“There will potentially be multiple rounds of voting throughout the afternoon until a majority winner is determined,” the committee says in a flyer about the convention.

Masks, which Gov. Ralph Northam has mandated to mitigate the spread of COVID-19, are recommended when entering the building, according to the flyer.

Del. Nick Freitas, R-Culpeper, right, shakes hands with a member of the crowd at a gun rights rally Jan. 20 as he enters the state Capitol in Richmond. 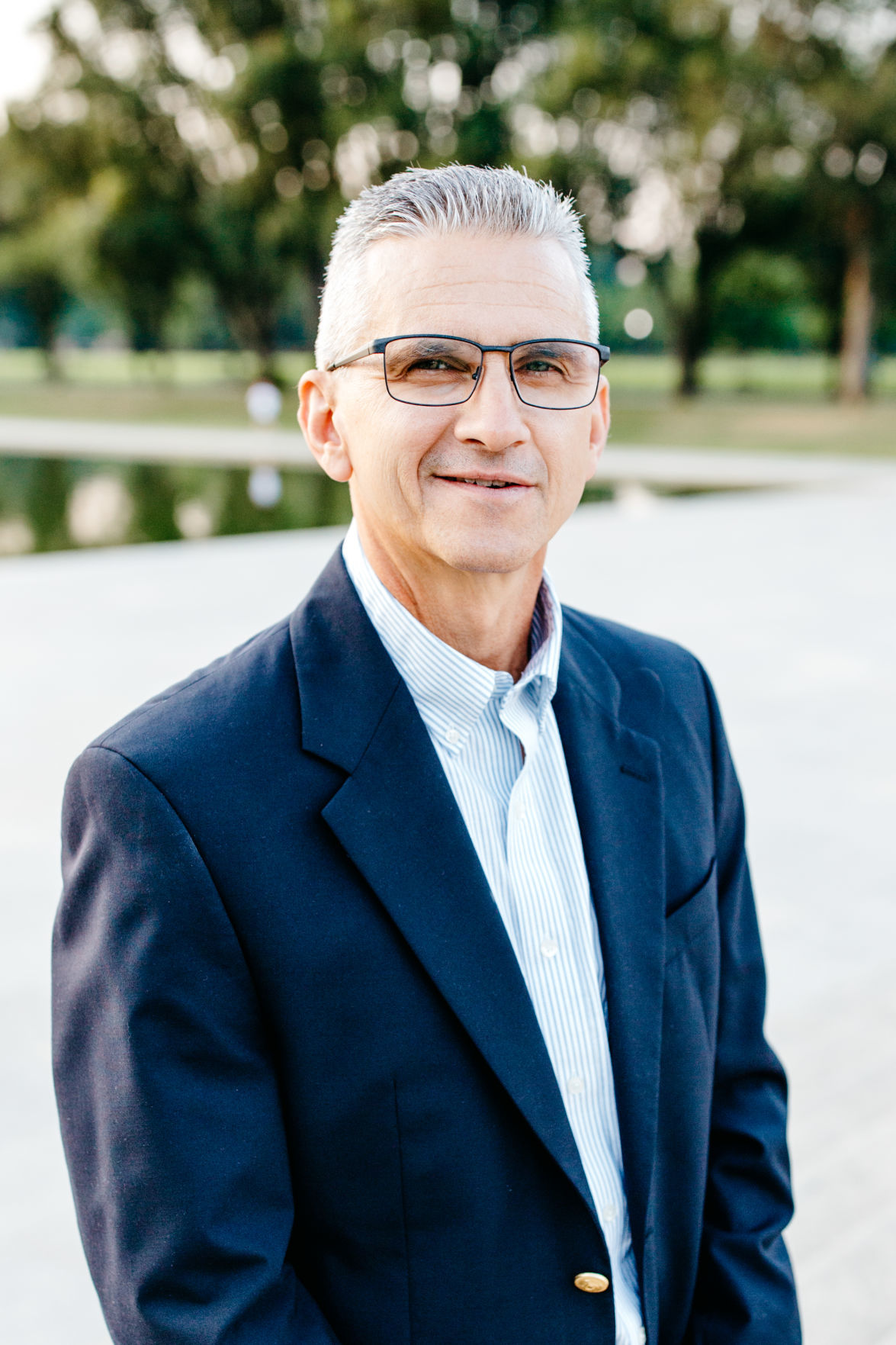 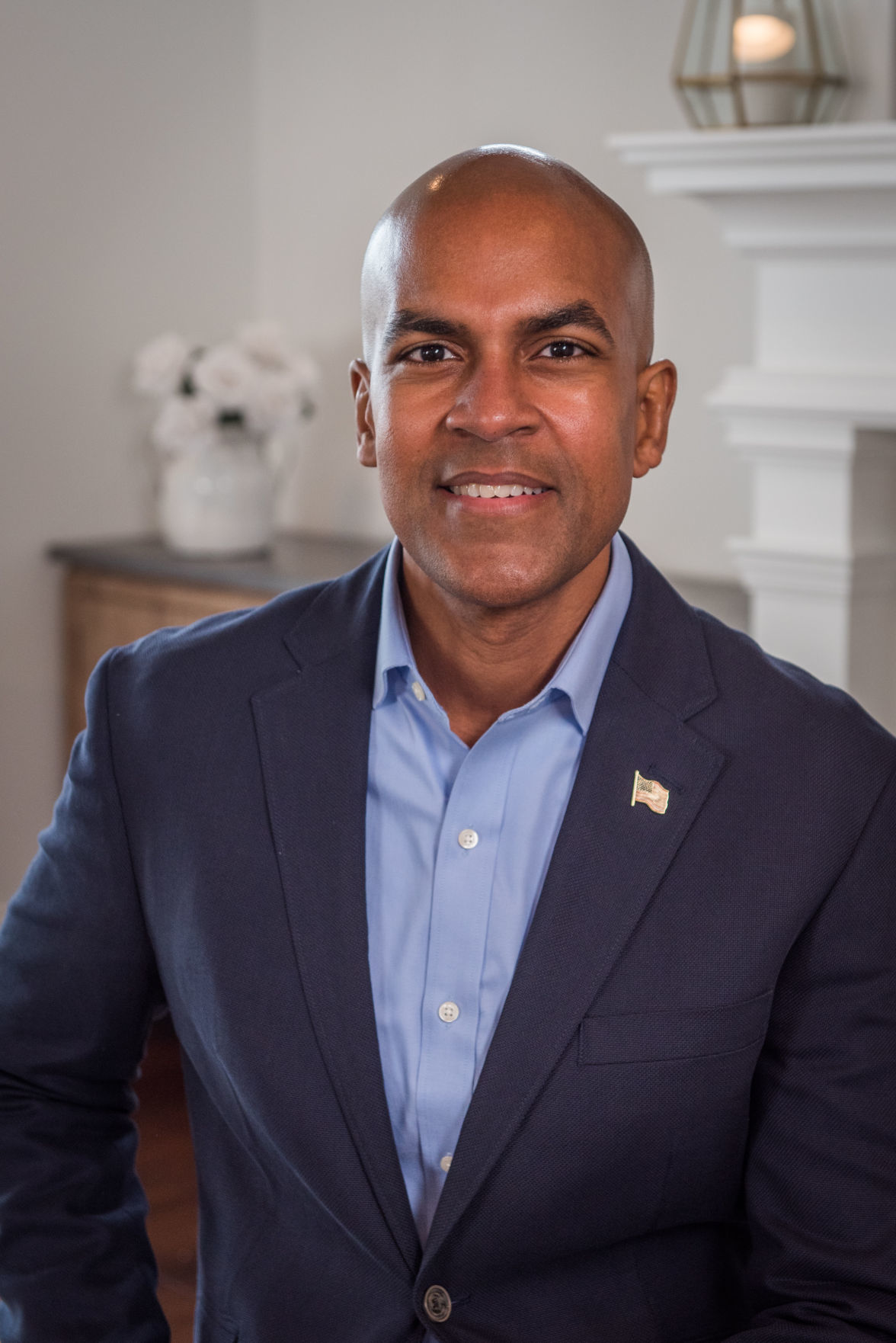 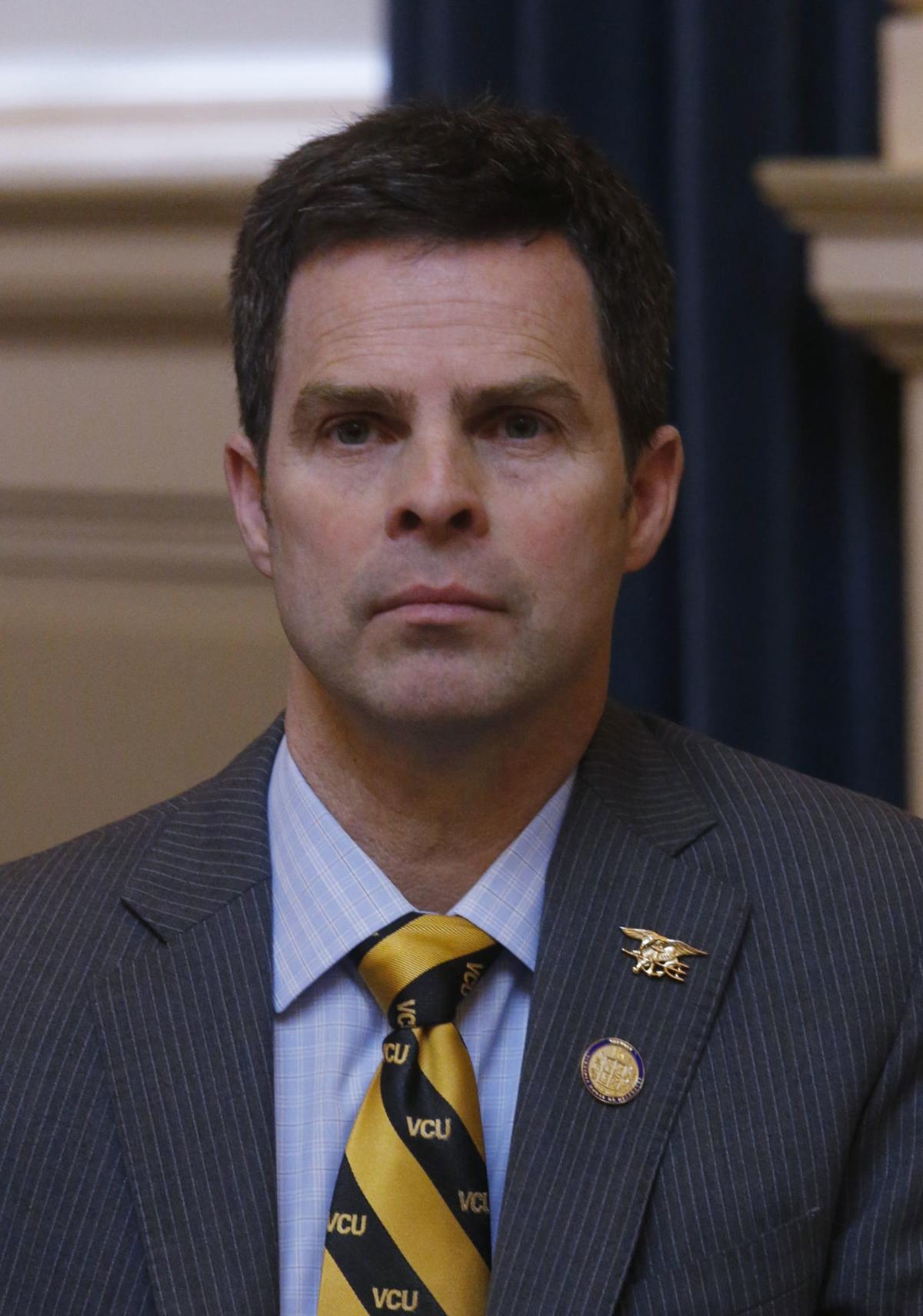 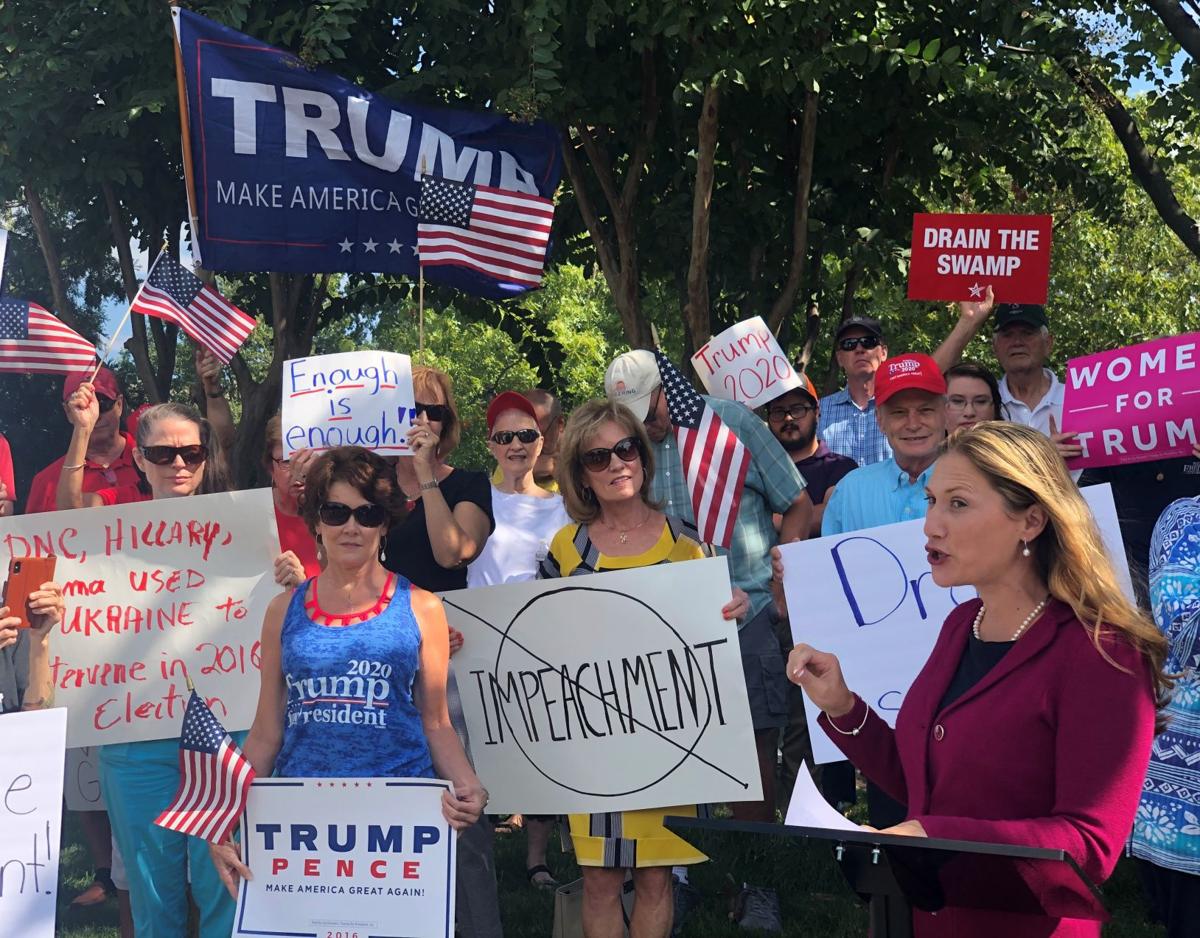 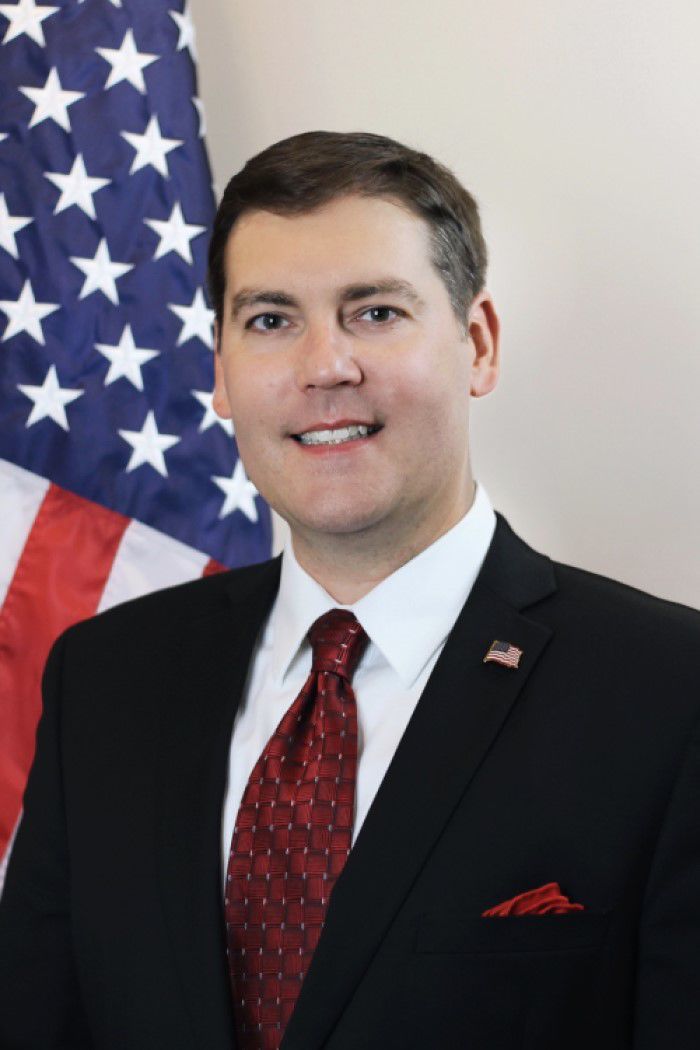 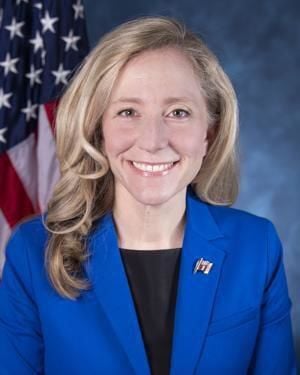 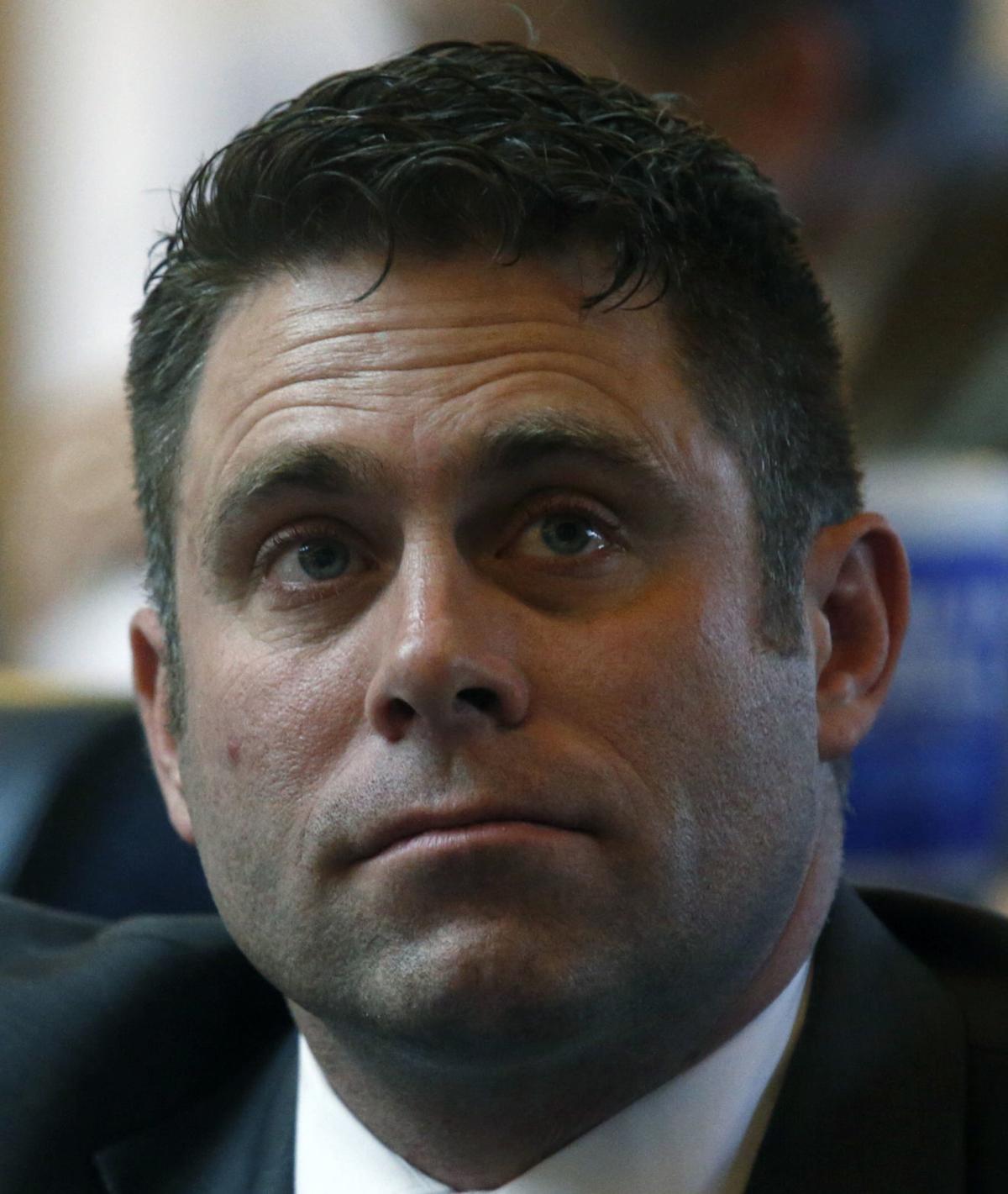