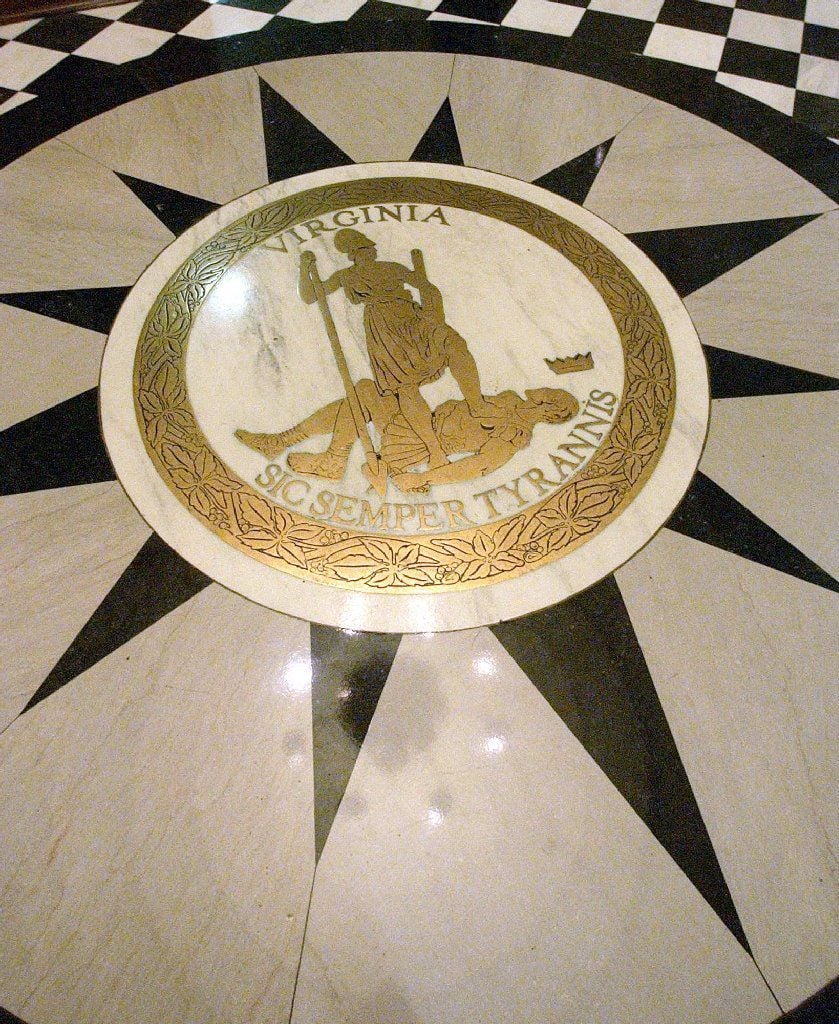 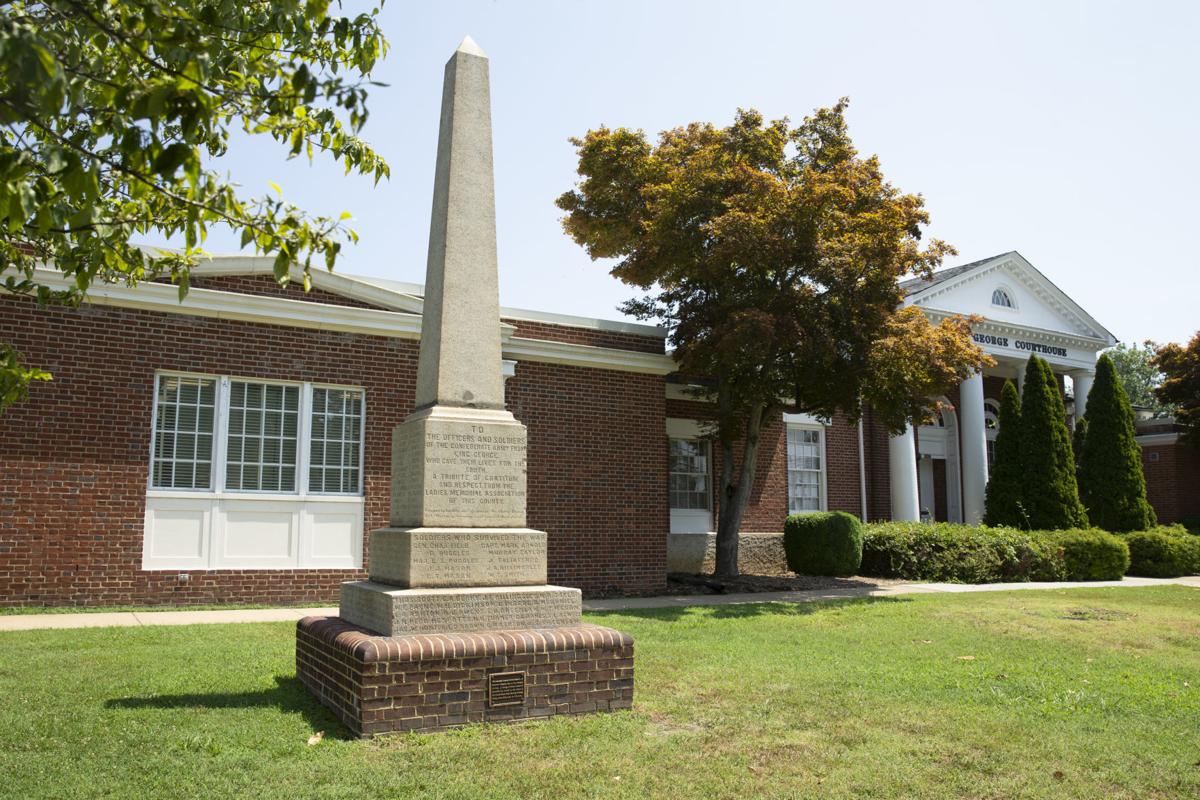 This memorial honoring Confederate officers and soldiers from King George County was erected on private property in 1869. It was moved to the courthouse lawn in 1976. 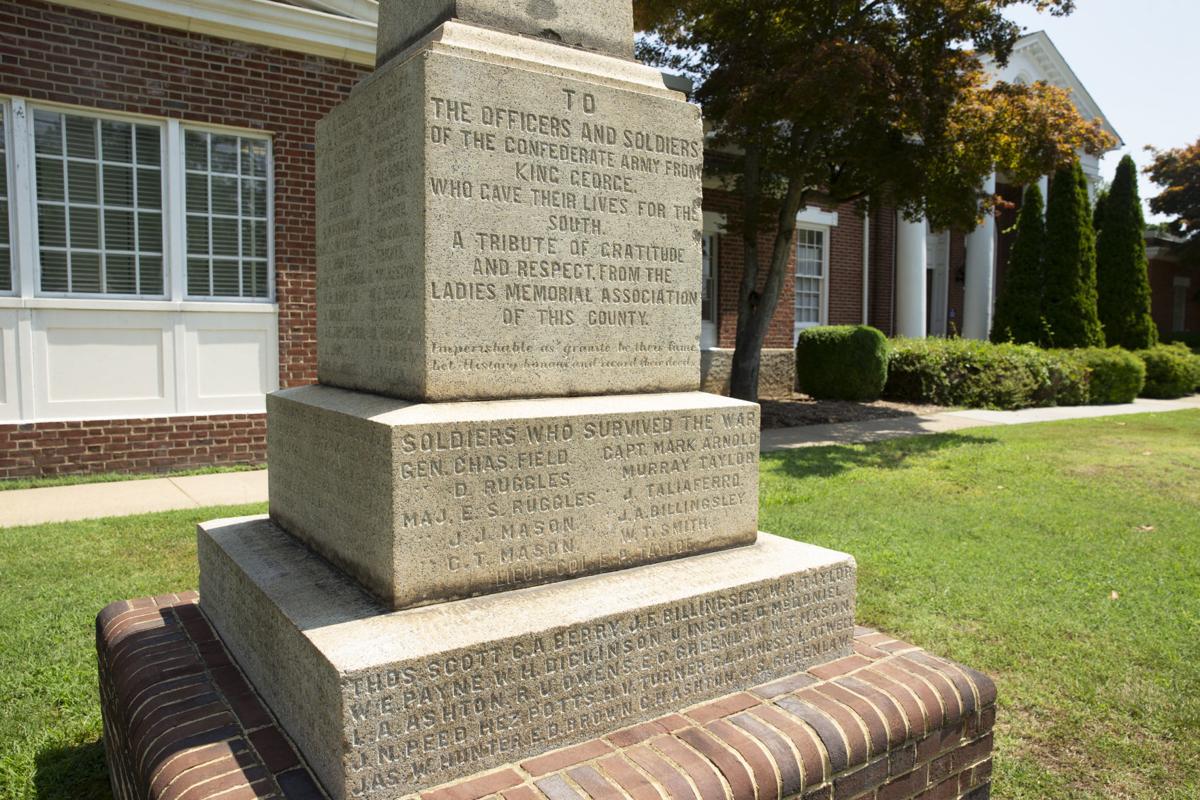 This monument honoring Confederate soldiers sits on the lawn of the King George Courthouse.

KING GEORGE — King George County officials will look into relocating a Confederate memorial from the lawn of the county’s courthouse to a local cemetery.

Members of the county’s Board of Supervisors met behind closed doors Tuesday to discuss the matter, The Free Lance-Star reported. When they returned to public session, Chairwoman Annie Cupka directed staff to work with Historyland Memorial Park “to determine the cost of the relocation and to work with community groups to raise the necessary funding.”

King George NAACP Vice President Robert Ashton Jr., one of several residents who asked the board to remove the monument from public property, said Wednesday that he was grateful. He thanked the board for realizing action was needed “on something that was disturbing to a diverse population.”

The memorial was erected on private property in 1869 with an inscription saying it honors “the officers and soldiers of the Confederate Army from King George, who gave their lives for the South.”

The monument was moved to the courthouse lawn in 1976.

RICHMOND — Sportsbooks in Virginia saw their growth fall off in April, with no marquee events like February’s Super Bowl and March’s NCAA basketball tournament to drive revenue.

Still, taxpayers made out better than ever, as the sportsbooks generated more tax revenue for the state than they have since sports betting launched in Virginia in January.

The Virginia Lottery reported May 28 that bettors in Virginia wagered a collective $236 million in April. That’s a 22% drop from the record $304 million wagered in March.

But sportsbooks’ actual profits did not fall nearly as much, in part because they are paying fewer bonuses to attract new customers.

As a result, the tax revenue Virginia collected actually increased by 40%, from $1.18 million in March to $1.65 million in April.

Seven online sportsbooks are now up and running in Virginia.

RICHMOND — Four people have pleaded guilty to federal dogfighting and conspiracy charges for their roles in an interstate dogfighting network spanning the District of Columbia, Maryland, Virginia and New Jersey.

Raj Parekh, acting U.S. attorney for the Eastern District of Virginia, said in a news release that the four defendants and their co-conspirators participated in animal-fighting ventures from April 2013 through July 2018.

In one instance in Virginia in April 2016, three of the defendants met up with others at a store parking lot in King George County and went to a fight location.

The three then took part in a “two-card” dogfight, in which there are two separate dogfights with different dogs and handlers. One of the dogs died from injuries suffered in the fight, according to court documents.

Odell Anderson Sr. pleaded guilty Tuesday to conspiracy to violate the animal-fighting prohibitions of the Animal Welfare Act and other charges, according to the news release.

Authorities said the case was prosecuted as part of Operation Grand Champion, which combats dogfighting.

Probe of Virginia parole case finds no outside interference

RICHMOND, Va. (AP) — An outside probe into how Virginia's government watchdog agency conducted an investigation of a controversial parole deci…

CHESTERFIELD COUNTY, Va. (AP) — A black bear was spotted wandering in a residential area in Chesterfield County southwest of Richmond.

WAYNESBORO, Va. (AP) — A state trooper fatally shot a man wanted for several felony charges after a pursuit along the Blue Ridge Parkway in Vi…

RESTON, Va. (AP) — People should stop feeding birds while scientists determine why hundreds have been blinded and killed in the Washington, D.…

This memorial honoring Confederate officers and soldiers from King George County was erected on private property in 1869. It was moved to the courthouse lawn in 1976.

This monument honoring Confederate soldiers sits on the lawn of the King George Courthouse.