'This is a public health epidemic:' Experts speak to state commission on preventing childhood trauma in Virginia
0 Comments
Share this
1 of 2 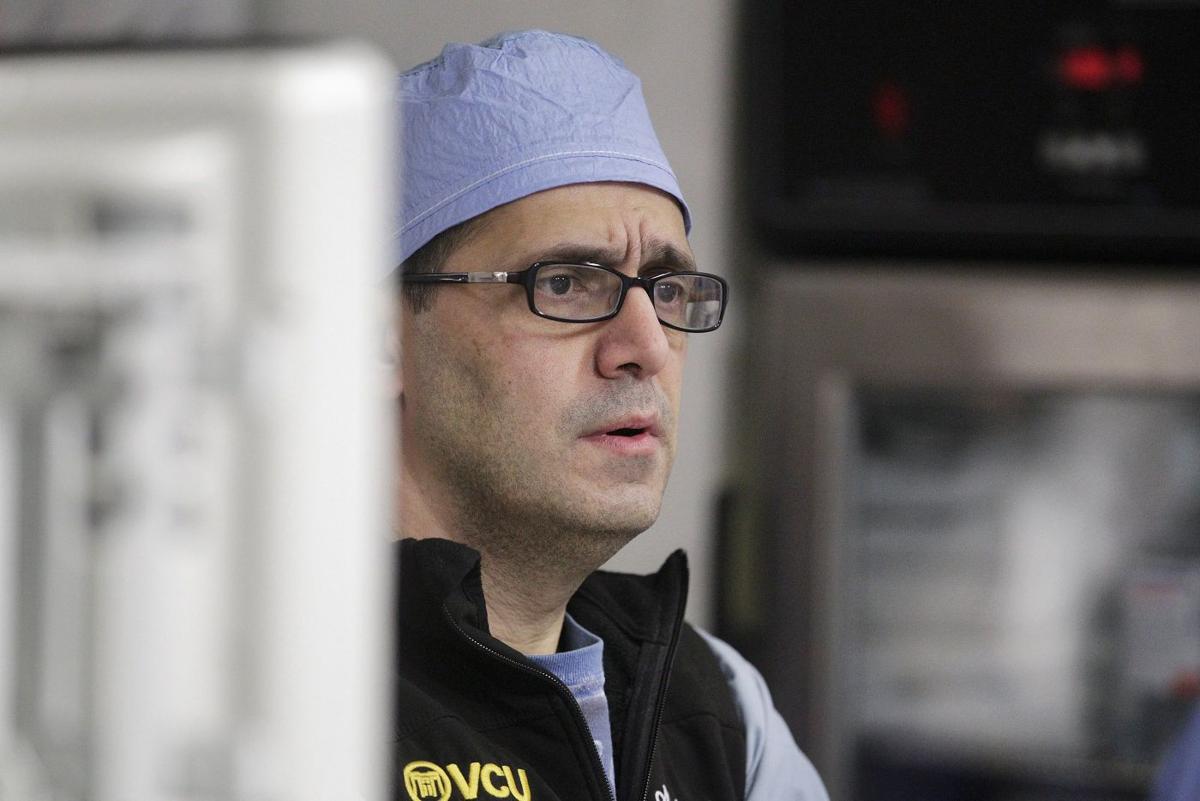 Dr. Michel Aboutanos watches as a gunshot victim is treated and evaluated in the Trauma Center at VCU. Aboutanos took the patient into surgery moments later. 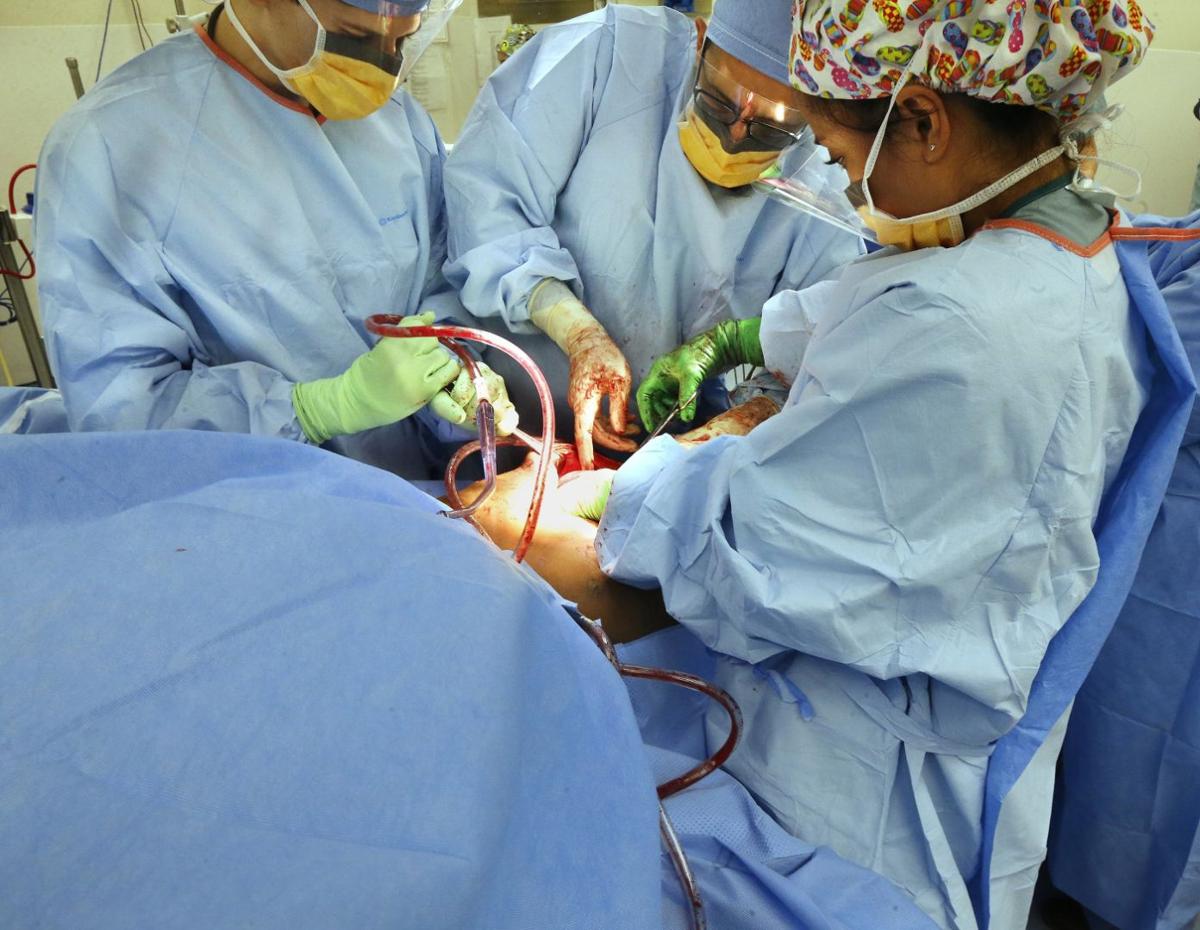 A team of surgeons led by Dr. Michel Aboutanos (C) works on a gunshot victim

On average, whenever a toxin impacts more than 10 percent of health conditions, awareness grows and lawmakers, advocates and public health officials become interested in how to stop it to save lives, said Allison Sampson-Jackson.

“And yet despite that, we as a commonwealth, along with many other states, have not taken the same approach with this very important public health issue,” Sampson-Jackson told the General Assembly’s Commission on Youth and nearly 200 attendees of a seminar Wednesday.

The Family Impact Seminar on Adverse Effects of Childhood Trauma was meant to raise knowledge and awareness about the impact of trauma in youth for lawmakers and stakeholders. It was co-hosted by the Commission on Youth and Virginia Commonwealth University.

Twenty-six states currently track the effects of adverse childhood experiences. Virginia just started collecting its data in 2016, Sampson-Jackson said, and it will become available to the Department of Health later this year.

During her presentation, Sampson-Jackson — a licensed clinical social worker and director of system of care for Magellan of Virginia — explained the serious toll adverse childhood experiences can have on children and, ultimately, adults.

“This is a public health epidemic that is affecting us nationally,” she said.

Instances of an adverse childhood experience include physical, emotional or sexual abuse; physical or emotional neglect; separation or divorce of caretakers; domestic violence; or situations in which someone in the home has been incarcerated.

“I would guess that each one of us knows someone in our community that has had one of those events happen,” she said.

The experience of an event, Sampson-Jackson explained, is just as important as whatever the event was.

There are three ways to respond to a threatening experience: fight, flee or freeze. Children are more likely to freeze, Sampson-Jackson said, because fighting or fleeing are sometimes not possible or could get them in trouble.

While all three can have a negative impact on the brain, she said, freezing is actually the most toxic. Two children might experience the same event, but their outcomes could be wildly different depending on whether they froze or ran away.

Dr. Michel Aboutanos, professor of surgery at the VCU School of Medicine, also spoke about the impacts of trauma, but from a different perspective. He and the other providers at VCU Medical Center — a Level I trauma center — in recent years have changed the way they approach patients after noticing they kept seeing the same people in the emergency department.

He described seeing a 17-year-old boy come in after being shot in the leg, and his team repaired the damage and sent the patient home. Then a few months later, the same guy was shot in the abdomen, and again the VCU Health team was able to save his life and send him home.

“A couple months later he comes back and he’s shot in the head, and I watched this young kid die,” Aboutanos said. “Everything we put together, everything we did, was just a Band-Aid. Something must change.”

VCU launched a program called Bridging the Gap, through which it reached out to patients while they were in the hospital, putting them in contact with other community resources to improve their outcomes. Since 2007, when it had one patient, the program has grown to 143 patients in 2016.

“They’re a captive audience,” Aboutanos said. “You catch them at a moment when they’re susceptible, they’re sitting alone with their injuries, their friends aren’t around. ... You build that trust.”

Through violence intervention at the hospital, Aboutanos said, his team is able to help patients get the help they need and avoid returning to the hospital with a similar injury.

“Nothing stops a bullet like a job,” he said.

ORLANDO, Fla. (AP) — The winning numbers in Saturday evening's drawing of the "Powerball" game were:

RICHMOND, Va. (AP) — A former Virginia lawyer has pleaded guilty in connection with allegations that he wrongfully obtained $4 million in fund…

RICHMOND, Va. (AP) — Some people in central Virginia are preparing to fight a plan to put a natural gas pipeline through their properties that…

Dr. Michel Aboutanos watches as a gunshot victim is treated and evaluated in the Trauma Center at VCU. Aboutanos took the patient into surgery moments later.

A team of surgeons led by Dr. Michel Aboutanos (C) works on a gunshot victim