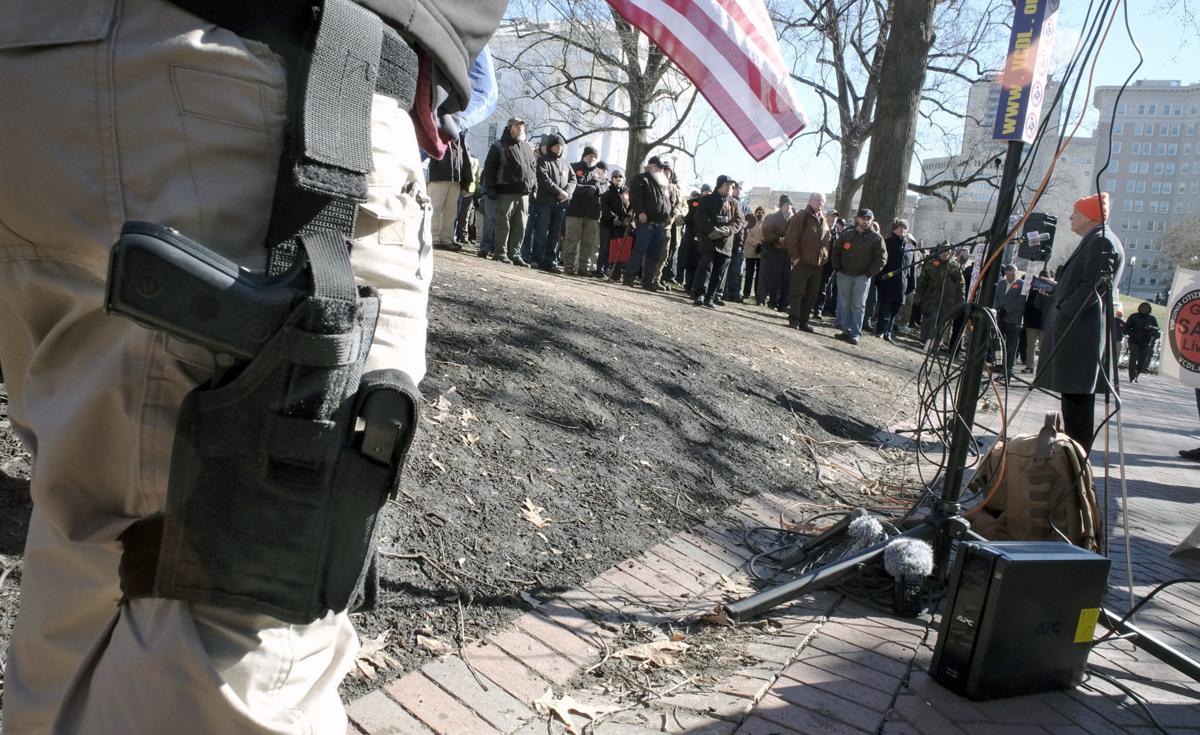 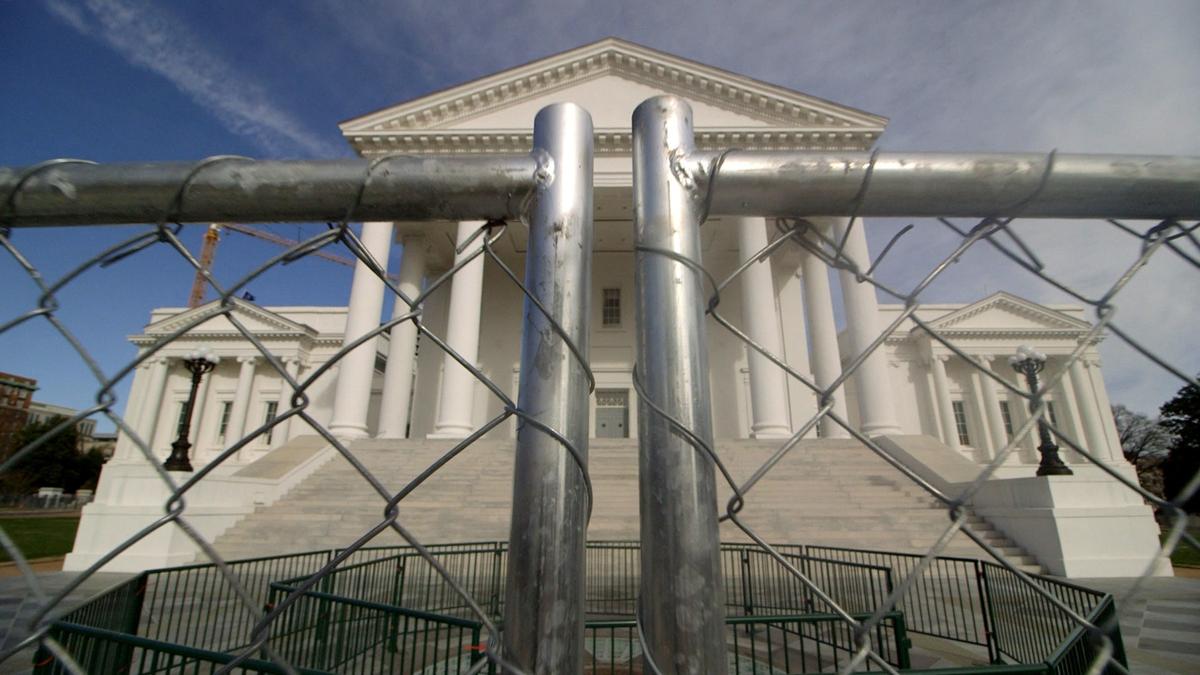 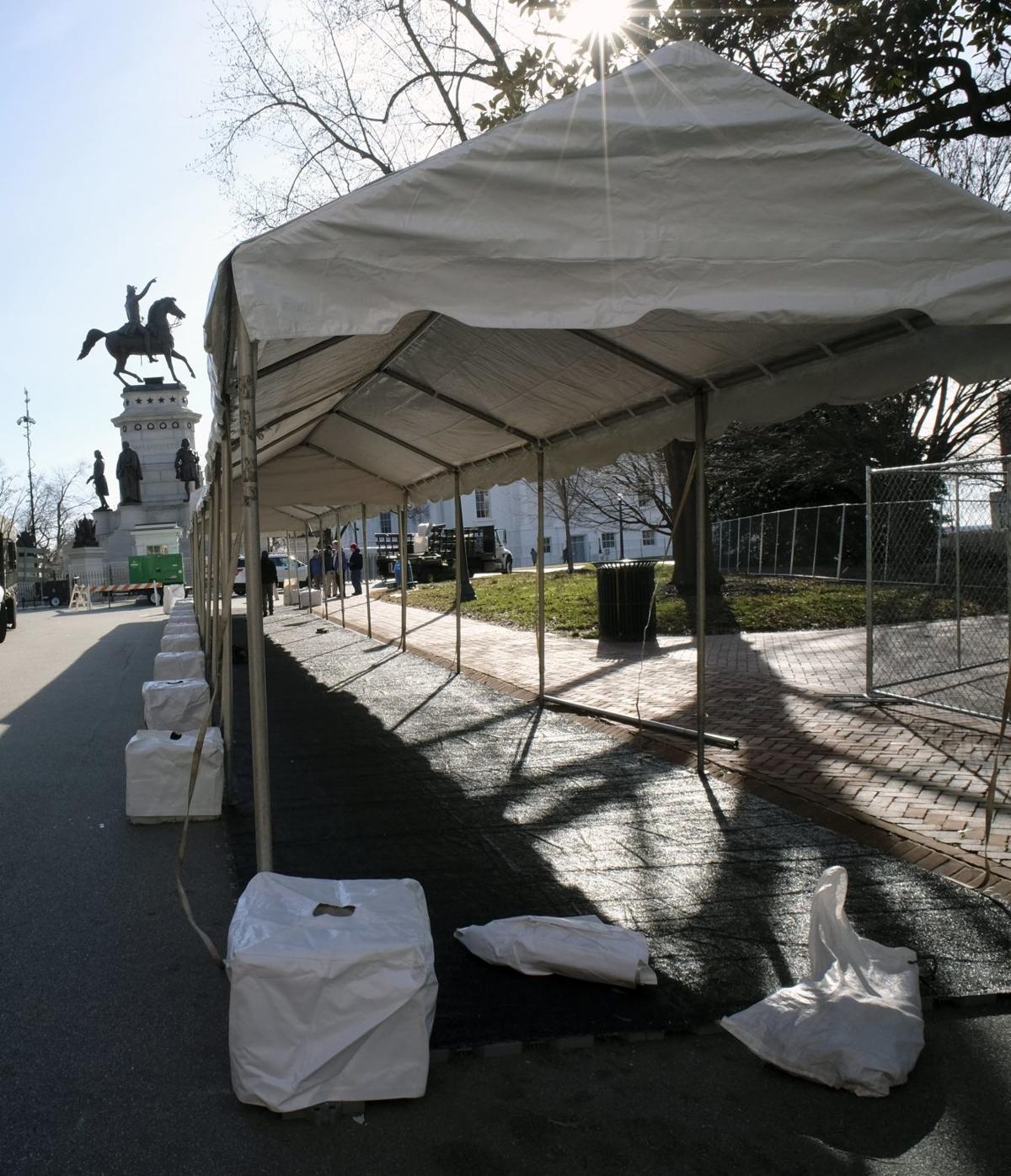 Citing the “extraordinary” nature of an injunction, the “weighty issues” involved and a lack of sufficient information, the Virginia Supreme Court on Friday evening refused an emergency petition seeking to bar enforcement of Gov. Ralph Northam’s temporary gun ban on the grounds of the state Capitol.

The ruling leaves in place the ban Northam imposed earlier this week, citing concerns about public safety at a gun-rights rally planned for Monday at the state Capitol that organizers say could draw 50,000 people. Northam’s order bars guns and other weapons from Capitol Square from Friday night through Tuesday night.

A Richmond Circuit Court judge had upheld the ban late Thursday. Gun Owners of America, the Virginia Citizens Defense League and others appealed that decision to the Virginia Supreme Court.

In a two-page order Friday, the justices wrote: “Under the circumstances, we are unable to discern whether the circuit court abused its discretion.

“The circuit court decided this case in less than one day, and, accordingly, the record before the court is scant, there is no transcript or written statement of facts detailing the events of the hearing, and we are unaware of any evidence that was taken. The only information we have on which to resolve the weighty issues raised by the parties are pleadings accompanied by cursory attachments. Accordingly, the petition is refused.”

Northam said in a statement Friday night that he is “grateful that this executive order stands, and that it will help to ensure the safety of all Virginians on Monday.”

Northam issued the temporary ban on firearms and other weapons in advance of the rally organized by the VCDL to protest gun control legislation Democratic lawmakers are proposing.

The firearms rights advocates filed a lawsuit in Richmond Circuit Court on Thursday against Northam and Capitol Police Chief Steve Pike, whose agency would enforce the ban. The complaint includes three citizen plaintiffs who say they were planning to attend Monday’s rally with their firearms.

“Without relief from this court, petitioners and thousands of other rally participants will be irreparably denied their right to bear arms,” they argued in their emergency appeal.

Judge Joi J. Taylor presided over a hearing Thursday afternoon and ruled against the plaintiffs just as court closed for a four-day weekend, prompting the appeal to the Virginia Supreme Court.

Virginia Attorney General Mark Herring argued Friday that Taylor did not abuse her discretion in denying a bid to block Northam’s executive order.

The attorney general argued, among other things, that the order does not violate the right to bear arms; that there is no constitutional right to carry firearms in Capitol Square; that there is no violation of free speech or assembly; and that any restriction is justified by the interests in protecting public safety.

“The governor is vested with the power to take action from time to time as is necessary for the adequate promotion and coordination of state and local emergency services activities relating to the safety and welfare of the commonwealth,” Taylor wrote in her three-page ruling.

“The plaintiffs in this case will not suffer an irreparable harm sufficient to justify the injunction,” she added.

Lawyers for the firearms-rights groups did not immediately respond to requests for comment.

Carl Tobias, a professor at the University of Richmond School of Law, said it is possible the gun-rights advocates could appeal to the U.S. Supreme Court. “But I don’t think they are going to get much of a reception there, either,” he said.

“As the court says, it’s such a weighty matter; it’s the eleventh hour; it’s just too important a question about the First and Second amendments and an emergency to rush to judgment. I think they’re saying, ‘Better safe than sorry,’ ” Tobias said.

Northam said Thursday, “I took this action to protect Virginians from credible threats of violence. These threats are real.” Earlier this week, the FBI arrested three men in Maryland and Delaware who are alleged white nationalists or neo-Nazis and who discussed plans to head to Richmond armed with guns.

In his statement Friday, Northam said, “I am confident that the majority of those attending Monday’s rally will be peaceful. I have full respect for their fundamental American right to voice their opinions.” But he added that “this rally is attracting extreme individuals and groups ... who are threatening violence and looking to advance a violent agenda.”

Fed plans to raise rates as soon as March

Fed plans to raise rates as soon as March

Gov. Ralph Northam on Wednesday declared a state of emergency in Richmond ahead of a rally Monday that is expected to bring thousands of Secon…

Gov. Ralph Northam is expected Wednesday to impose a ban on firearms in Capitol Square, days before a rally Monday to oppose gun control legis…

In the first fight over gun rights in the new-look General Assembly, Democrats on Monday advanced several gun control measures.

Update: A previous version of this story said Sen. Adam Ebbin, D-Alexandria, would introduce a Northam-backed bill calling for an assault weap…