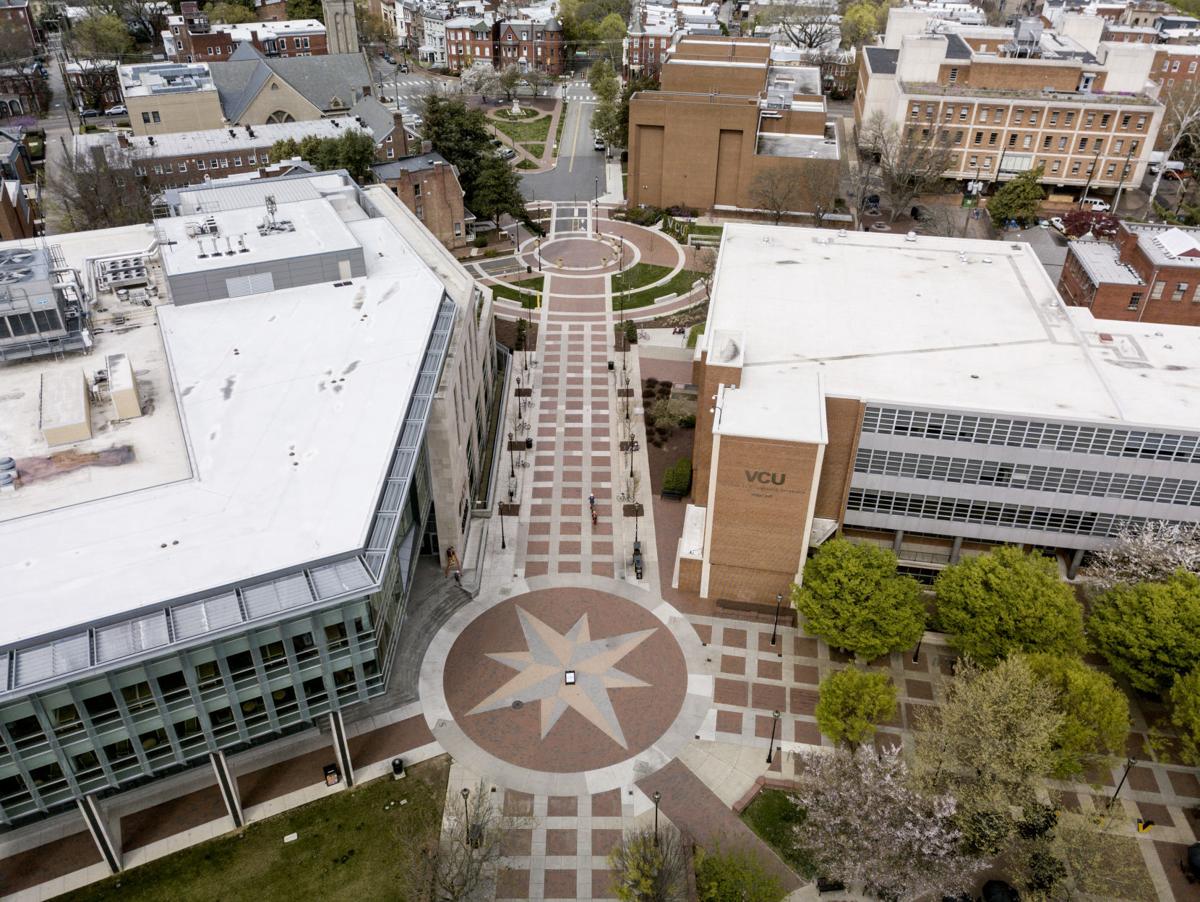 The VCU campus was almost deserted on March 27 as the university changed its classes from in-person to online instruction. 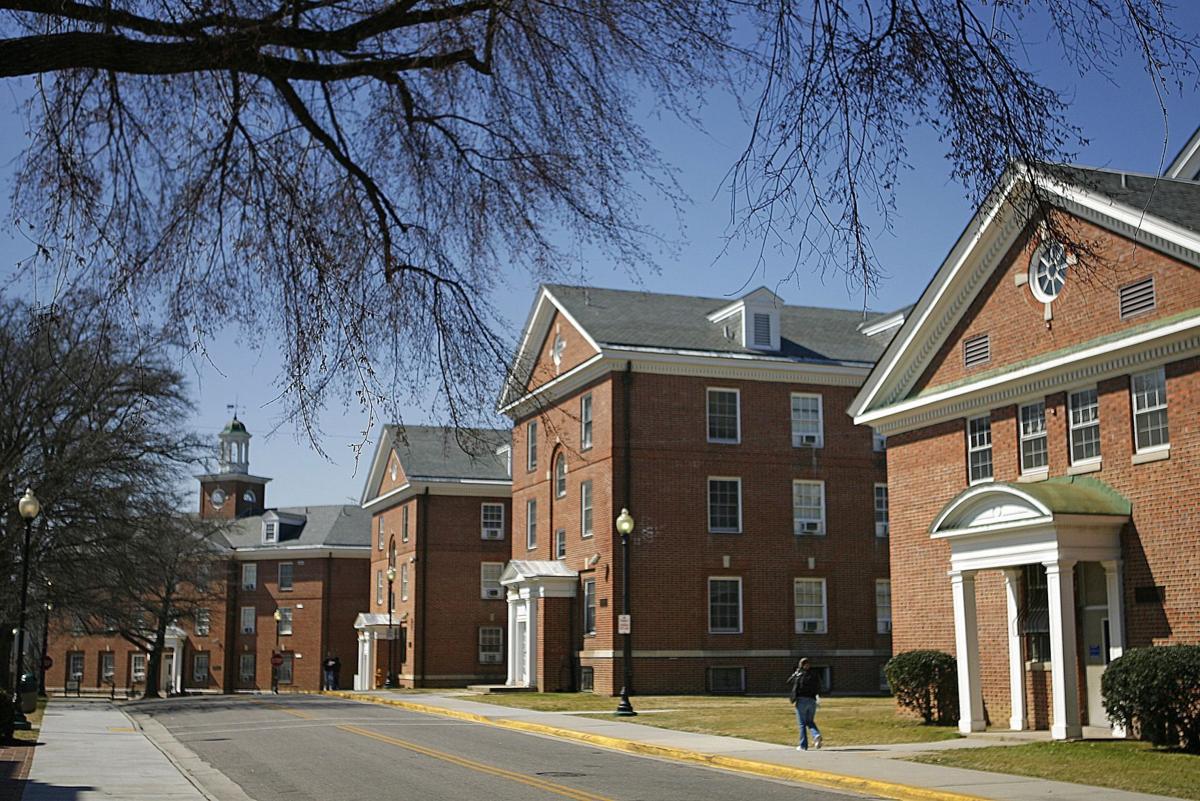 Virginia State University is one of four schools to kick off the career readiness program with Google.

In a resolution approved Tuesday, the VCU chapter of the American Association of University Professors called on President Michael Rao to “immediately declare that classes for the Fall 2020 semester should be held exclusively online, except in cases where in-person education is deemed absolutely necessary.” The switch would make VCU the state’s largest college to hold classes completely online this fall.

“In-person education will almost certainly result in outbreaks on campus early in the Fall 2020 term, and such an outbreak would not only have negative financial and health consequences that may well be worse than restricting in-person education in the first place, and will result in those necessarily in-person classes being restricted as well,” the resolution reads, noting that some classes, such as studio and lab courses, “can only be conducted in-person.”

Everett Carpenter, the president of the AAUP’s VCU chapter, says the group has 96 members. According VCU’s website, the school has about 2,500 full-time faculty members and 900 part-time adjuncts.

VCU spokesman Mike Porter said the university is “committed to the safety, health and security of our faculty, staff and students.”

“We have been working with our community to reduce the risks of COVID-19 infection as we return to campus this fall,” Porter said. “We appreciate and welcome the input of all VCU faculty, including the AAUP-VCU chapter, and recognize the concerns associated with our return to campus.”

Porter said VCU has worked with the Faculty Senate, the governing body for professors at the Richmond university, during the spring and summer in developing its reopening plan.

As of Tuesday, less than half of VCU classes will be taught solely face-to-face, according to data from the university.

Of the university’s 8,291 courses, 47.3% will be taught face-to-face, while 34.7% will be completely online, according to the data. The remaining courses will be taught in blended and hybrid formats, with some in-person learning and some virtual.

VCU classes are scheduled to begin Aug. 17, with the fall semester running until Nov. 24. Students living on campus will be required to test negative for COVID-19 before they move into campus housing, and students living off campus will be given free voluntary tests. As part of the university’s reopening plan, students and VCU employees will also be required to submit a daily health survey that asks if they’re showing COVID-19 symptoms.

Still, some faculty members believe a remote fall semester is the safest option.

The resolution cites COVID-19’s continued spread in Virginia and the lack of a vaccine, saying the situation in the U.S. is “worse than it was in Spring 2020 when all classes were moved online.” The professors also referenced Richmond Public Schools conducting the start of the school year entirely online, a decision most of Virginia’s largest K-12 school systems have made.

Porter said VCU has also provided resources to “help faculty reduce their risk of COVID-19 on campus, as well as the flexibility to deliver their courses in their preferred modality.”

Hampton University is holding its fall semester completely virtual after initially saying it would reopen its campus.

According to the VCU-AAUP resolution, completely virtual learning “should remain in place until evidence can be provided that a significant majority of the VCU community considers in-person education to be safe.”

Also Tuesday, the University of Virginia announced that it is delaying in-person instruction and residence hall move-ins in response to an uptick in coronavirus cases.

The two-week delay means undergraduate classes will still start Aug. 25, but all classes will begin online before moving in-person Sept. 8. The university said students will be able to move into residence halls “several days before then.”

President Jim Ryan; Provost Liz Magill; Chief Operating Officer J.J. Davis; and Dr. K. Craig Kent, executive vice president for health affairs, said in an email to the UVA community that they made the decision, which is a change from the initial reopening plans announced June 17, in response to an increase in cases in Virginia and across the country. The university is also experiencing disruptions in its supply chain that is affecting the availability of materials needed for COVID-19 tests, according to a news release.

“In response to these conditions, and based on the advice of UVA public health experts, we have decided to adopt a phased approach to the fall semester, which we believe will best safeguard the health and safety of our University community and our Charlottesville neighbors and give us the best chance of a successful return to Grounds,” the leaders wrote. “We still plan to welcome all students back to Grounds, but out of caution, we will do it a bit more slowly than originally intended.”

The university officials also urged students planning to live off campus to delay their return to Charlottesville until in-person classes start.

Virginia State University is also delaying the return of in-person classes as the school tests students, faculty and staff for COVID-19.

The university announced Monday that it will require COVID-19 testing for all faculty, staff and students, citing the continued spread of the virus in Virginia. That will delay the return of on-campus classes and on-campus housing, with the school holding the first four weeks of the fall semester completely online.

“The delayed return permits VSU adequate time for testing protocols without altering the full academic calendar,” the college said in a message to the VSU community.

Classes are still set to start Aug. 17 but will be held remotely, while on-campus move-in will start Aug. 31. The university will move to in-person and hybrid on-campus classes on Sept. 14, it said in the announcement, while students enrolled in virtual classes will continue to take those classes remotely.

“As much as we miss our Trojan Family and desire to experience the vibrancy that you bring to our campus, we cannot, in good conscience, put your health and safety in jeopardy by allowing you to return to campus in August while COVID-19 numbers are on the rise,” President Makola M. Abdullah said in a statement. “We understand this change may present some challenges, and we are committed to providing guidance and support to you as we continue through this transition.”

The university said in its announcement that it will mail coronavirus tests to faculty, staff and students. Those tests, which are free, will be completed at home. Individuals’ results must be negative before they can return to campus.

Students, faculty and staff will also be retested when they get back to campus.

VSU is the latest college in Virginia to alter its reopening plans as COVID-19 continues to ravage the state.

VCU-AAUP Resolution on Online Education in the Fall 2020 Semester

The VCU campus was almost deserted on March 27 as the university changed its classes from in-person to online instruction.

Virginia State University is one of four schools to kick off the career readiness program with Google.