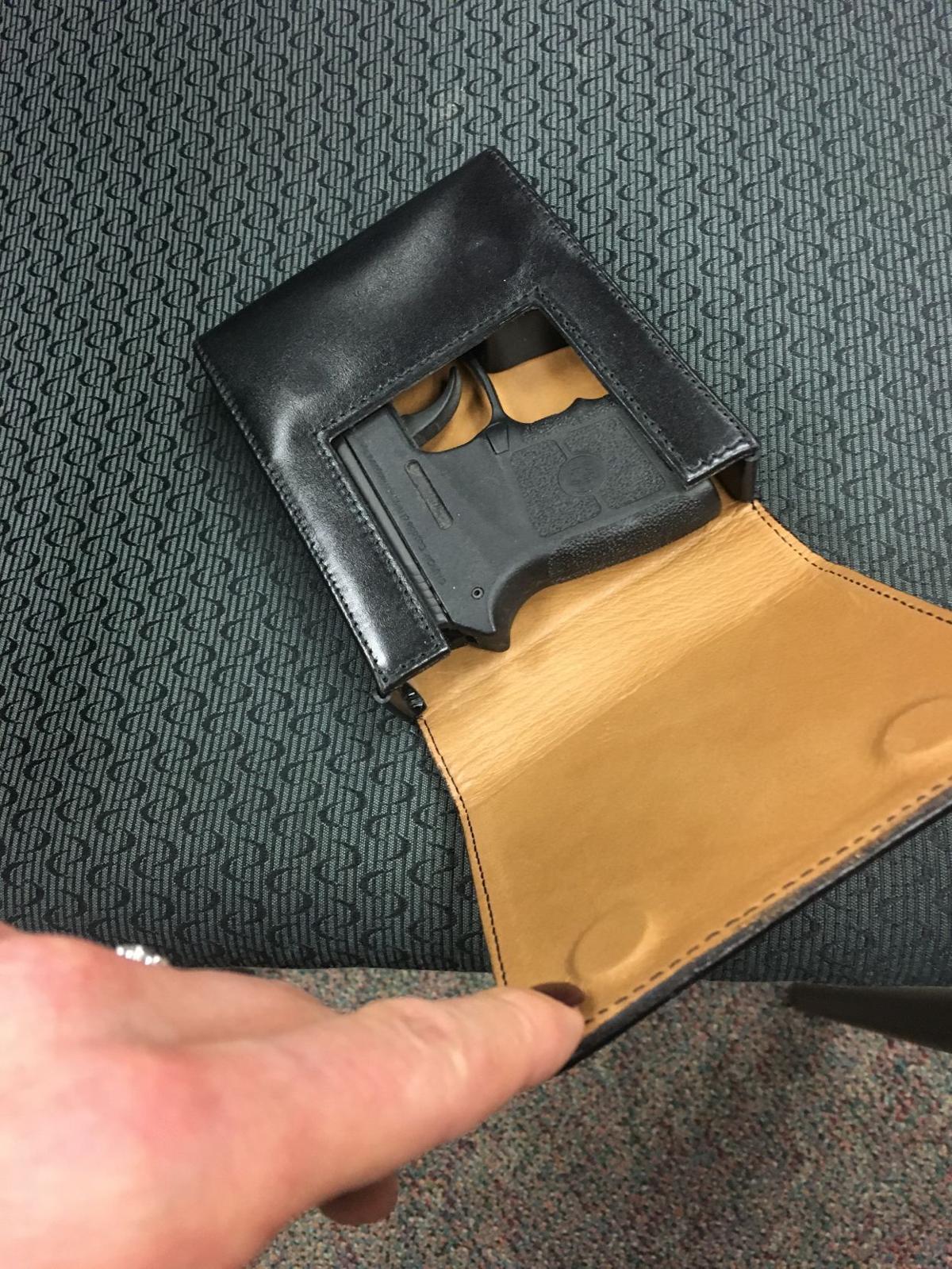 Sen. Jennifer T. Wexton, D-Loudoun, found a pouch on a chair at the General Assembly Building during a Feb. 13 hearing. She opened it to identify the owner and saw that it held a gun. 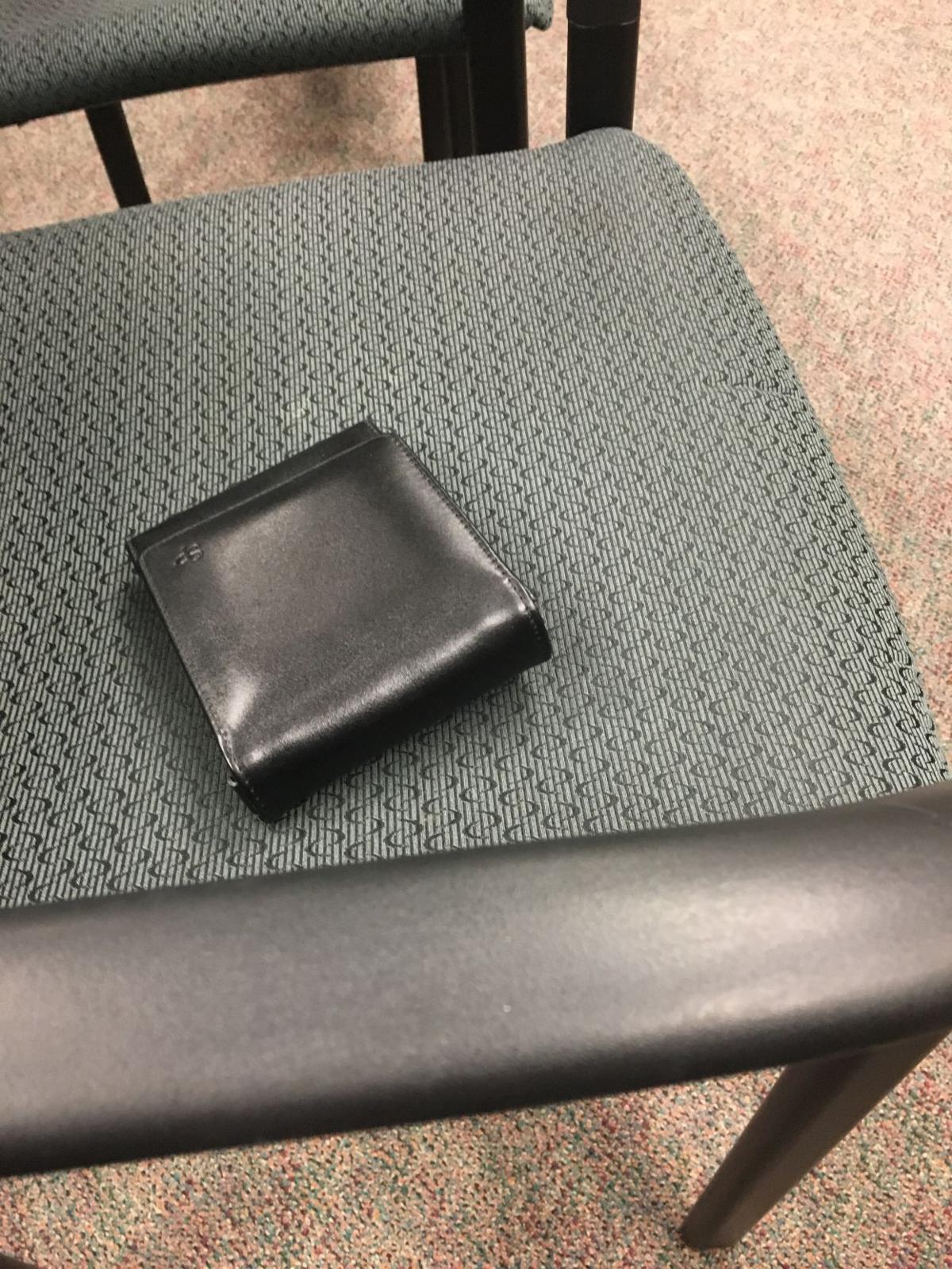 Sen. Jennifer T. Wexton, D-Loudoun, saw this item sitting on a committee room chair on Feb. 13 during a hearing at the General Assembly Building.

The small black pouch left behind in a Virginia General Assembly conference room last week looked like it could’ve been a wallet.

But when a state senator picked it up to try to identify its owner, she didn’t find a driver’s license and credit cards. She found a gun.

The handgun’s owner — state Sen. John A. Cosgrove Jr., R-Chesapeake — had been in the fifth-floor meeting room last Monday to pitch a bill on vehicle safety inspections to a House of Delegates subcommittee on transportation.

After he finished his testimony, he left without his weapon. It lay unattended on a chair.

His colleague found it when she flipped open the holster.

When asked about the incident, Cosgrove, a 62-year-old retired naval officer who has served in the General Assembly for 15 years, initially declined to comment and walked away from a reporter. But in a later interview, he acknowledged it had occurred and characterized it as a minor slip-up.

“It just basically came off and my colleagues picked it up and brought it right back to me. And that was it,” Cosgrove said. “No bullet in the chamber. Safety was on.”

Cosgrove said he had clipped the new holster next to his pants instead of his belt. He estimated he had lost possession of the gun, which was loaded, for about 20 minutes before it was returned to him.

“It was a good lesson for me to make sure I wore it right,” Cosgrove said.

“A lot of people in the General Assembly seem to think that more guns are the answer to everything, and then one of my fellow legislators carelessly leaves a gun sitting in the middle of a public place,” she said.

“It makes me concerned, and there seems to be a disconnect.”

The incident appeared to have been kept largely under wraps. Wexton said she immediately showed her find to the subcommittee, presented her bill and left, unsure of what happened to the gun.

Capt. Ronald C Maxey Jr. of Virginia State Police was in the room and offered to return it to Cosgrove.

Corinne Geller, a spokeswoman for Virginia State Police, said Thursday that Maxey did not realize that the item contained a firearm and did not return it to Cosgrove. “He didn’t even know what it was,” she said.

How the gun made its way back to its owner remains a mystery.

Cosgrove said the gun was returned by a Democrat, but would not say whom. Del. T. Scott Garrett, R-Lynchburg, the subcommittee chairman, said Del. Todd E. Pillion, R-Washington County, “took care” of it. Pillion also walked away from a reporter when asked about the matter, but later said: “Talk to Cosgrove.”

Multiple lawmakers on the panel said Thursday that they were unaware that the item discovered at their meeting was a holstered gun.

“If you have something like that, that’s your right. But you’ve got to be extra careful, too,” said Del. Jeion A. Ward, D-Hampton.

Though Gov. Terry McAuliffe, a Democrat, has banned guns in most state buildings, firearms are allowed in the Capitol and General Assembly Building, which are under the purview of the GOP-controlled legislature.

Visitors to the buildings are screened in metal detectors, but it’s not unusual to see gun-rights activists openly carrying weapons.

Lawmakers also are free to carry out their legislative work while armed, and Cosgrove is a longtime concealed-carry permit holder who said he carries “all the time.”

An infamous gun-related gaffe occurred in the 2006 session, when then-Del. John S. Reid, R-Henrico, accidentally fired a gun he was unloading in his office. Luckily, the bullet hit a bullet-resistant vest hanging on his office door.

Cosgrove said he feels his dropped gun never posed a danger, because it was found immediately.

Sen. Jennifer T. Wexton, D-Loudoun, found a pouch on a chair at the General Assembly Building during a Feb. 13 hearing. She opened it to identify the owner and saw that it held a gun.

Sen. Jennifer T. Wexton, D-Loudoun, saw this item sitting on a committee room chair on Feb. 13 during a hearing at the General Assembly Building. 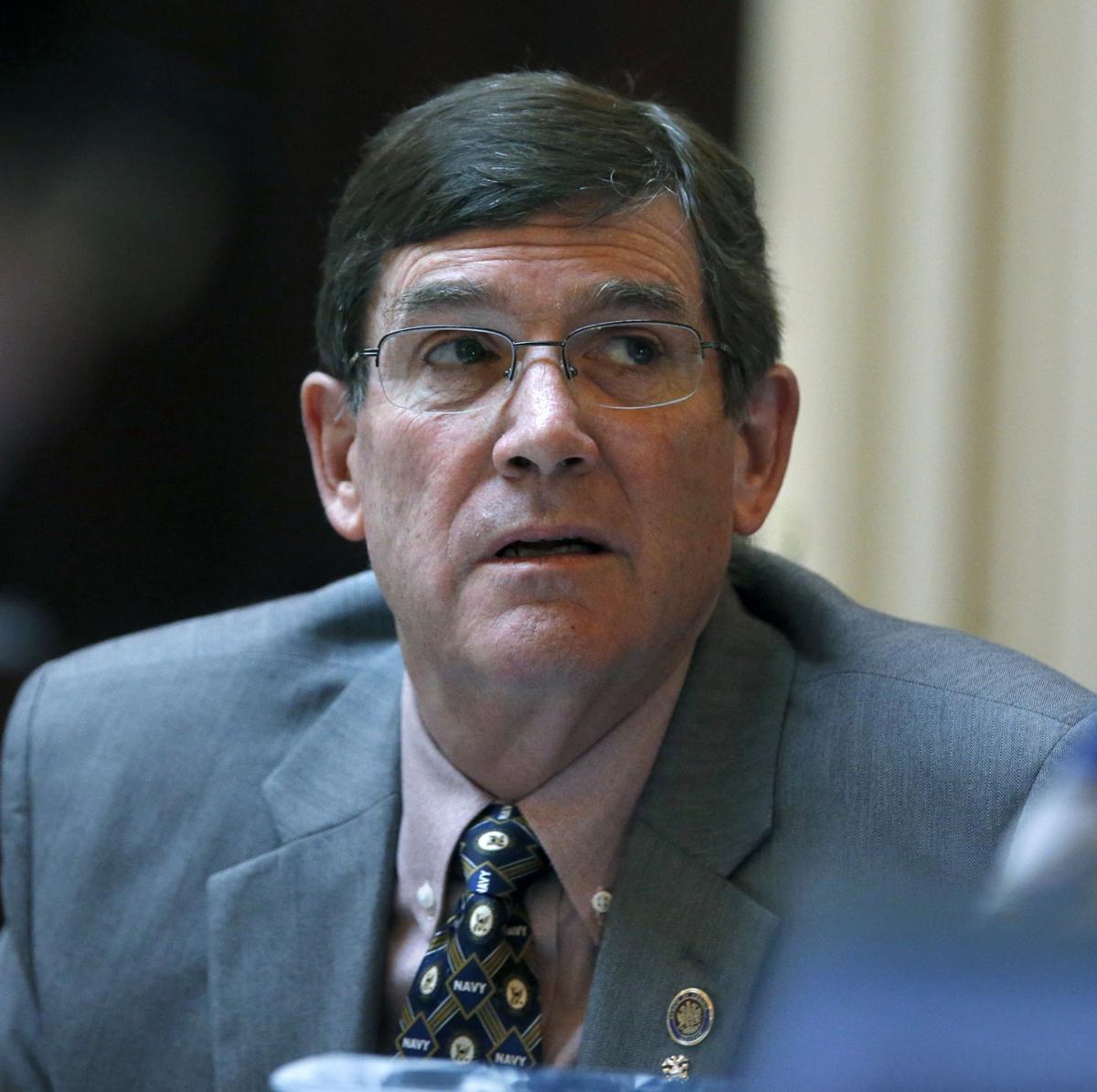