'We're definitely working on it': More than 12% of Virginians are foreign-born, yet COVID-19 information is predominantly in English
35 comments
Share this
{{featured_button_text}}
1 of 2 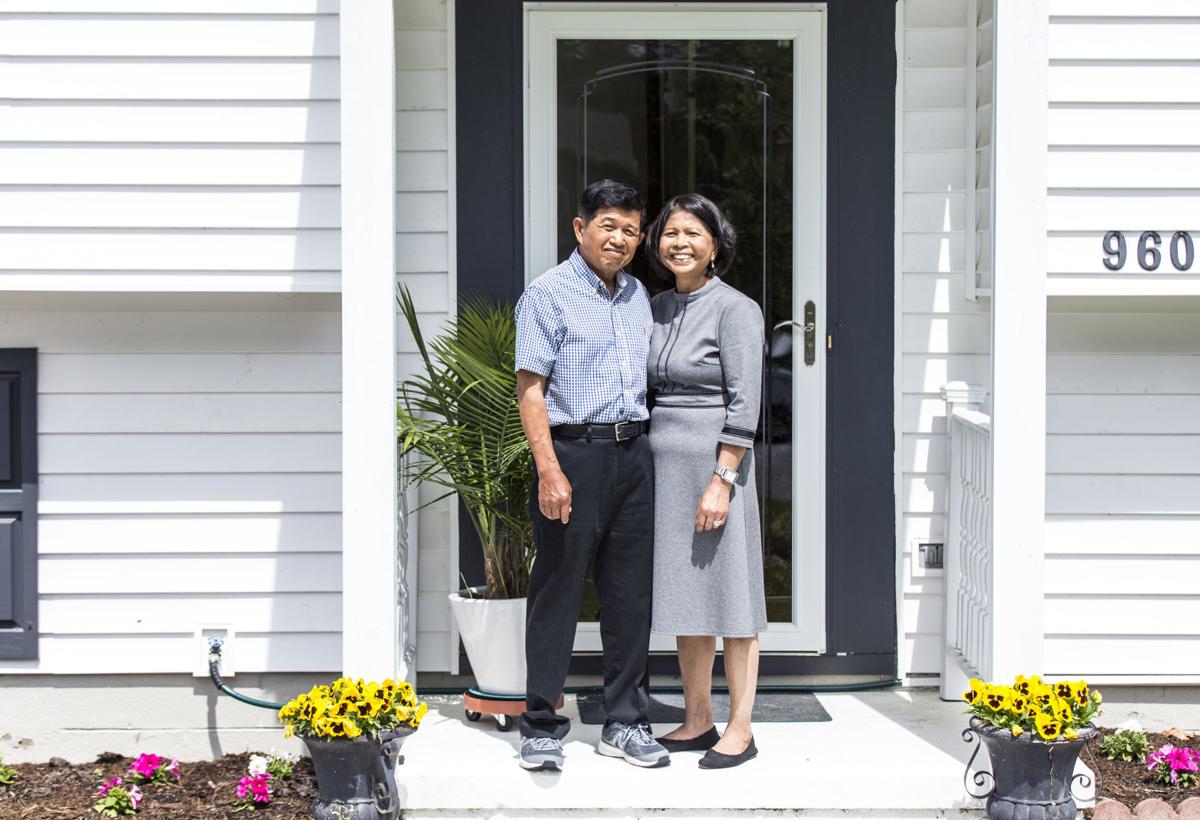 Khan Tep and his wife, Pim Bhut, are shown at their Glen Allen home. Their first language is Khmer, Cambodia’s main tongue, making it harder to get health information. 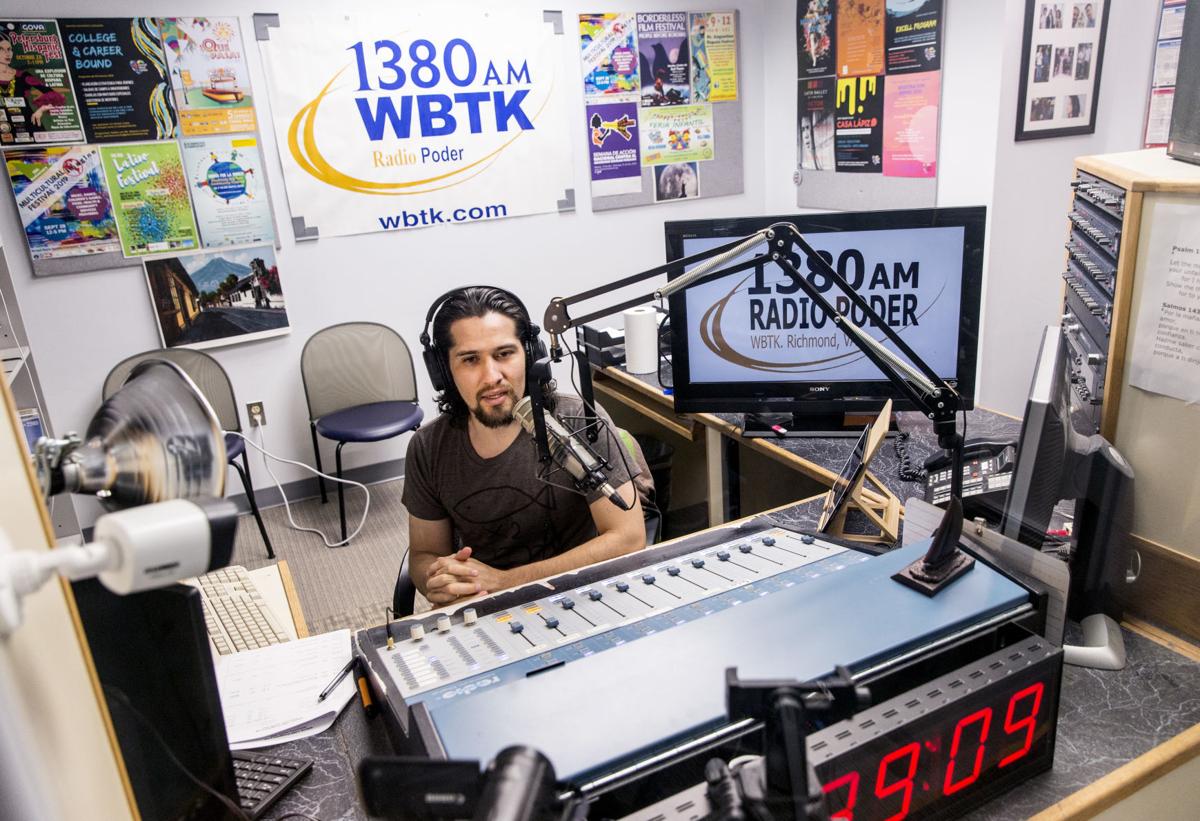 Oscar Contreras hosts a morning radio program in Richmond. He is helping to deliver information to Richmond’s Spanish-speaking community amid the COVID-19 outbreak.

Pim Bhut and Khan Tep’s main source of coronavirus information comes in the morning, when they’ll sit on the couch of their Henrico County home, before and after breakfast, and flip on the morning news.

Tep watches patiently before turning to his wife during commercial breaks.

“What did they say?”

He’s trying to understand as much as possible, Bhut said, but it’s been difficult. Their first language is Khmer, Cambodia’s dominant tongue, and even though Bhut is more fluent, she only understands about 75%.

The family is one of many learning to navigate a predominantly English information stream amid a global pandemic. And not everyone has a Pim to translate.

As of 2019, more than 12% of Virginia’s 8.5 million people were foreign-born, according to the U.S. Census Bureau. In the Richmond region, including Chesterfield, Henrico and Hanover counties, there were nearly 71,000 Hispanic residents as of July 1, 2018.

State health officials recommend the websites of the Centers for Disease Control and Prevention and Virginia Department of Health for accurate information, but while the CDC has a link to Spanish translations, in addition to over 60 languages, on its landing page, the VDH website doesn’t yield the same results.

Translated materials are not on the site.

Earlier this year, the state Health Department had some COVID-19 materials translated into simplified Chinese, Spanish, Arabic, Amharic, Aramaic and Italian and distributed them to local health districts. So far, the VDH has spent $5,638 on translation services and is coordinating with agencies to better reach non-English speaking communities, according to VDH spokeswoman Maria Reppas.

Monica Sarmiento, the executive director of the Virginia Coalition for Immigrant Rights, said that even as the state’s immigrant population has surged over the past two decades — with 732,000 Hispanics alone, according to Pew Research Center, boosting the state’s workforce and economy — multilingual communication from state and local governments has lacked.

State Health Commissioner Norman Oliver said Wednesday that part of the state’s emergency response to the coronavirus includes a health equity work group that focuses on all aspects of logistics, finances and planning through a lens of equity and inclusion.

The state’s Joint Information Center, which is responsible for putting out COVID-19 messaging, is planning a communications campaign that will prioritize black and Latino communities and widen access to information.

But the issue isn’t exactly that resources aren’t available. It’s that people don’t know they exist or where to get the information. And even then, the government’s initial instinct is the English-to-Spanish translation, leaving other non-English-speaking communities to turn to local advocacy groups.

Language accessibility has long perpetuated inequity gaps in Virginia health care, Sarmiento said, and Virginia has not been able to keep up with translating services. Now the pandemic amplifies those gaps, and government agencies and advocacy groups have had to step in.

The Virginia Coalition for Immigrant Rights established a website, along with a Spanish Google Doc, with state updates and coronavirus resources.

Sacred Heart Center, which aids the Latino community through adult education and support programs, compiled community information on unemployment, health, and links to other COVID-19 sources in Spanish. It worked with the Virginia Poverty Law Center, which has a Spanish fact sheet on housing rights during the pandemic.

The Virginia Asian Advisory board put out statewide COVID-19 information in Korean and Chinese last week. Bhut and Tep’s church has worked to reach the Cambodian community of more than 300 families and translate COVID-19 news.

Richmond Public Schools has RPS en Espanol, which has a Facebook page that translates all RPS information for Spanish-speaking families daily. Schools in the region, including Henrico and Chesterfield counties, have a Spanish version of their meal distribution information.

Some places have been slower to catch up than others. Elvira De La Cruz, CEO of nonprofit Latinos in Virginia Empowerment Center, said she lives in Colonial Heights and has a child who attends Chesterfield County Public Schools.

“The superintendent calls often with a recorded message telling parents what is going on. None of those days has the information come in Spanish,” she said. “If I didn’t speak English” or have anyone who could translate, “I’d have no information. Do I send my kids to school? What is happening with homework?”

Her nonprofit has a hotline, initially for helping victims of domestic violence, in Spanish that’s turned into a help line for information regarding the stay-at-home order Gov. Ralph Northam issued March 30, taxes and closures. For the first two weeks, she said, the limited English-proficient Spanish speakers received little information.

With Virginia’s media briefings broadcast in only English, Spanish speakers turn to what they always have: Spanish-language media, such as Telemundo or Univision, and Spanish radio.

In Richmond, a voice behind the facts is Oscar Contreras, host of Radio Poder at WBTK, a long-running Latino radio station.

The last two weeks have felt like years, he said.

His days consist of updating his audience on the most recent numbers from the state Health Department, what the impact looks like within the region and answering questions submitted by call or text.

The bulk of his job has turned to dispelling gossip, with the help of government officials such as Richmond Mayor Levar Stoney, engagement coordinators for Chesterfield, Henrico and Richmond and Rep. Abigail Spanberger, D-7th.

Among the false information was that residents could not leave their houses after 8 p.m., and if they did, the police would stop them. Contreras guesses communities are comparing Virginia to their own home countries in Latin America, which have stringent restrictions in place to minimize spread, such as military enforcement, closed borders and halting travel.

The Office of Multicultural Affairs has been vital in the Richmond regional effort to expanding language accessibility, said Contreras, with its presence on Facebook and launching of RVAStrong, a website for Richmond COVID-19 resources. But with a stay-at-home order that stunts mobility, community outreach — the stronghold of OMA’s work in Richmond — is vulnerable.

“It’s hard to reach every single person,” said Karla Ramos, manager at OMA. “The more you share, the more it’s going to be available, so we encourage people to [do that]. … That is the way we can get them.”

The Office of Multicultural Affairs is doing as much as it can, said Oyola, the community organizer at Legal Aid, but funds are needed to continue hiring staff who focus on different forms of communications to ensure awareness. This includes texting with school families and making phone calls.

Advocacy groups taking on the brunt of translation — because health officials did not do so before the global emergency — shows there is a hole in our health care system, said Oyola.

Khan Tep and his wife, Pim Bhut, are shown at their Glen Allen home. Their first language is Khmer, Cambodia’s main tongue, making it harder to get health information.

Oscar Contreras hosts a morning radio program in Richmond. He is helping to deliver information to Richmond’s Spanish-speaking community amid the COVID-19 outbreak.