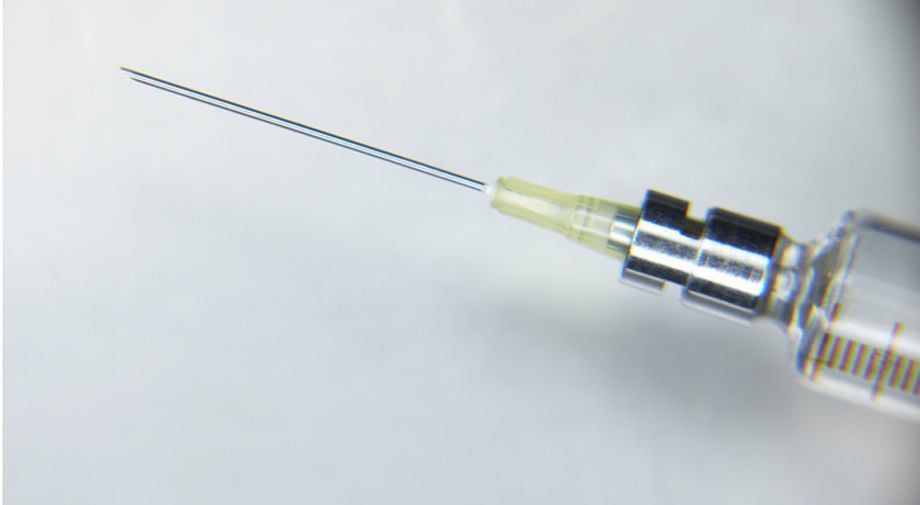 Thinkstock picture of a needle for web

Wise County, a sparsely populated area in Southwest Virginia that has been ravaged by the opioid epidemic, this week became the first locality approved for a needle exchange program in the state. The approval comes nearly a year after the service became legal in Virginia.

Needle exchanges, otherwise known as syringe services programs, provide injection drug users with clean equipment such as syringes and needles in an effort to stymie the spread of infectious diseases like hepatitis C and HIV.

Public health experts laud needle exchange programs as one of the best ways to prevent the associated spread of disease, and to connect drug users to treatment, but law enforcement agencies have been reluctant to endorse their use since state legislators approved the measure in 2017.

Wise County, where 1 in 5 residents live in poverty, has been wracked by prescription painkiller abuse but has not recorded an overdose death on heroin, which is more often injected, in the past 10 years. Fentanyl, another opioid often mixed with heroin that has become the deadliest drug in the state, also hasn’t taken hold in the county.

Yet the federal government identified Wise County as one of eight Virginia localities that are among the most likely in the nation to see rising numbers of HIV or hepatitis C because of how common hepatitis C is there, an indicator that infected users may be sharing needles.

Residents of Wise have died of painkiller overdoses at a rate five times the statewide average over the past decade. Nearly 120 people have fatally overdosed since 2007 from the drugs, which can be crushed and snorted, or injected.

“Syringe services have been an intervention that’s been used in HIV and hepatitis prevention for 30 years,” said Elaine Martin, director of Virginia’s HIV prevention services. “We’re joining the efforts [used in other states] to provide an array of services to help prevent infectious disease.”

The Lenowisco Health District, which submitted the application for Wise County, should be able to get its program started sometime in May, Martin said. Eleanor S. Cantrell, the district’s director, could not be reached for comment Wednesday.

According to a January report in The Coalfield Progress, Cantrell said in making a case for the program to elected leaders that HIV treatment can cost $600,000 per patient and hepatitis C treatment can cost between $54,600 and $94,500, but one clean needle costs a dime.

Virginia has seen a surge of hepatitis C infections in recent years, which is especially troubling because such surges can sometimes foreshadow an HIV outbreak. Though the data for 2017 haven’t been finalized, the preliminary numbers show 11,476 cases of chronic hepatitis C last year, slightly higher than 2016. Four years ago, the state had only about 6,000 cases.

According to the Virginia Department of Health, in 2016 Wise had a chronic hepatitis C rate of 214 cases per 100,000 people, well above the state rate of 135. The entire Lenowisco Health District — which encompasses Lee, Wise and Scott counties and the city of Norton — had a rate of 302.7 per 100,000 people, one of the highest in the state.

The Centers for Disease Control and Prevention put Wise on a list of the counties most likely to see the HIV outbreak that took Scott County, Ind., by storm in 2015.

Scott County typically reported fewer than five HIV infections every year, but in April 2015 that jumped to 135 infections, the CDC reports. That case was also preceded by a sharp increase in hepatitis C.

The CDC ranked Wise 78th out of 220 counties in the nation most likely to see an HIV outbreak. The other Virginia counties on the list were Buchanan, Dickenson, Russell, Lee, Tazewell, Patrick and Wythe.

Needle exchange programs fall under the umbrella of comprehensive harm reduction and are considered one of the best ways to prevent an injection drug-related HIV or hepatitis C outbreak. The programs became legal in Virginia in July, but only for 55 municipalities that were deemed eligible because they have a higher risk of infection related to injection drug use.

Though several agencies showed interest in launching a program, the state didn’t receive any applications until Wise’s was submitted earlier this year.

That is in part because programs haven’t received statewide support from law enforcement, which is a required element of the application. Despite public health data backing up the programs, stigmas persist that they simply make it easier for people to use drugs.

Martin pointed out that they have been shown to actually connect drug users to treatment.

“It’s sometimes a difficult population to reach out to, and I think this program provides a real opportunity to engage those clients, to bring them in for other services including drug treatment and testing and counseling,” she said.

Richmond is on the state’s list of jurisdictions eligible for a syringe services program, as are Chesterfield and Henrico counties.

Karen Legato, executive director of Health Brigade, a free clinic in Richmond, said her agency is planning to submit an application to the state in the next two weeks for a program for Richmond and she is optimistic it will launch in May.

“We have a well-designed program that we have been developing for several months,” she said in an email. “We have been in dialogue with many partners who are interested in seeing the program launch and are critical for its success.”

Thinkstock picture of a needle for web