Idit Harel Segal was turning 50, and she had chosen a gift: She was going to give one of her own kidneys to a stranger.

ESHHAR, Israel (AP) — Idit Harel Segal was turning 50, and she had chosen a gift: She was going to give one of her own kidneys to a stranger.

The kindergarten teacher from northern Israel, a proud Israeli, hoped her choice would set an example of generosity in a land of perpetual conflict. She was spurred by memories of her late grandfather, a Holocaust survivor, who told her to live meaningfully, and by Jewish tradition, which holds that there's no higher duty than saving a life.

So Segal contacted a group that links donors and recipients, launching a nine-month process to transfer her kidney to someone who needed one.

That someone turned out to be a 3-year-old Palestinian boy from the Gaza Strip.

"You don't know me, but soon we'll be very close because my kidney will be in your body," Segal wrote in Hebrew to the boy, whose family asked not to be named due to the sensitivities over cooperating with Israelis. A friend translated the letter into Arabic so the family might understand. "I hope with all my heart that this surgery will succeed and you will live a long and healthy and meaningful life."

Just after an 11-day war, "I threw away the anger and frustration and see only one thing. I see hope for peace and love," she wrote. "And if there will be more like us, there won't be anything to fight over."

What unfolded over the months between Segal's decision and the June 16 transplant caused deep rifts in the family. Her husband and the oldest of her three children, a son in his early 20s, opposed the plan. Her father stopped talking to her.

To them, Segal recalled, she was unnecessarily risking her life. The loss of three relatives in Palestinian attacks, including her father's parents, made it even more difficult.

"My family was really against it. Everyone was against it. My husband, my sister, her husband. And the one who supported me the least was my father," Segal said during a recent interview in her mountaintop home in Eshhar. "They were afraid."

When she learned the boy's identity, she kept the details to herself for months.

"I told no one," Segal recalled. "I told myself if the reaction to the kidney donation is so harsh, so obviously the fact that a Palestinian boy is getting it will make it even harsher."

Israel has maintained a tight blockade over Gaza since Hamas, an Islamic militant group that opposes Israel's existence, seized control of the area in 2007.

The bitter enemies have fought four wars since then, and few Gazans are allowed to enter Israel. With Gaza's health care system ravaged by years of conflict and the blockade, Israel grants entry permits to small numbers of medical patients in need of serious treatments on humanitarian grounds.

The case of the Gaza boy was complicated. To speed up the process, his father, who was not a match for his son, was told by the hospital that if he were to donate a kidney to an Israeli recipient, the boy would "immediately go to the top of the list," Sherman said.

On the same day his son received a new kidney, the father donated one of his own — to a 25-year-old Israeli mother of two.

In some countries, reciprocity is not permitted because it raises the question of whether the donor has been coerced. The whole ethic of organ donation is based on the principle that the donors should give of their own free will and get nothing in return.

In Israel, the father's donation is seen as an incentive to increase the pool of donors.

For Segal, the gift that had sparked such conflict in her family accomplished more than she hoped. Her kidney has helped save the boy's life, generated a second donation and established new links between members of perpetually warring groups in one of the world's most intractable conflicts. She said she visited the boy on the eve of his surgery and maintains contact with his parents.

Segal said she honored her grandfather in a way that helps her cope with the grief of his death five years ago. The donation was an act of autonomy, she said, and she never wavered. And eventually her family came around — a gift, perhaps, in itself.

She said her husband understands better now, as do her children. And on the eve of Segal's surgery, her father called.

"I don't remember what he said because he was crying," Segal said. Then, she told him that her kidney was going to a Palestinian boy.

For a moment, there was silence. And then her father spoke.

How the US aids Israel, from defense spending to agriculture

How the US aids Israel, from defense spending to agriculture

$5 million for humanitarian migrants to Israel

$3 million through the American Schools and Hospitals Abroad program

$363 million through the BIRD Foundation

$56 million for the BSF Foundation

$12 million for the Energy Center

$10 million for the Ethiopian-Israeli community

Idit Harel Segal was turning 50, and she had chosen a gift: She was going to give one of her own kidneys to a stranger. 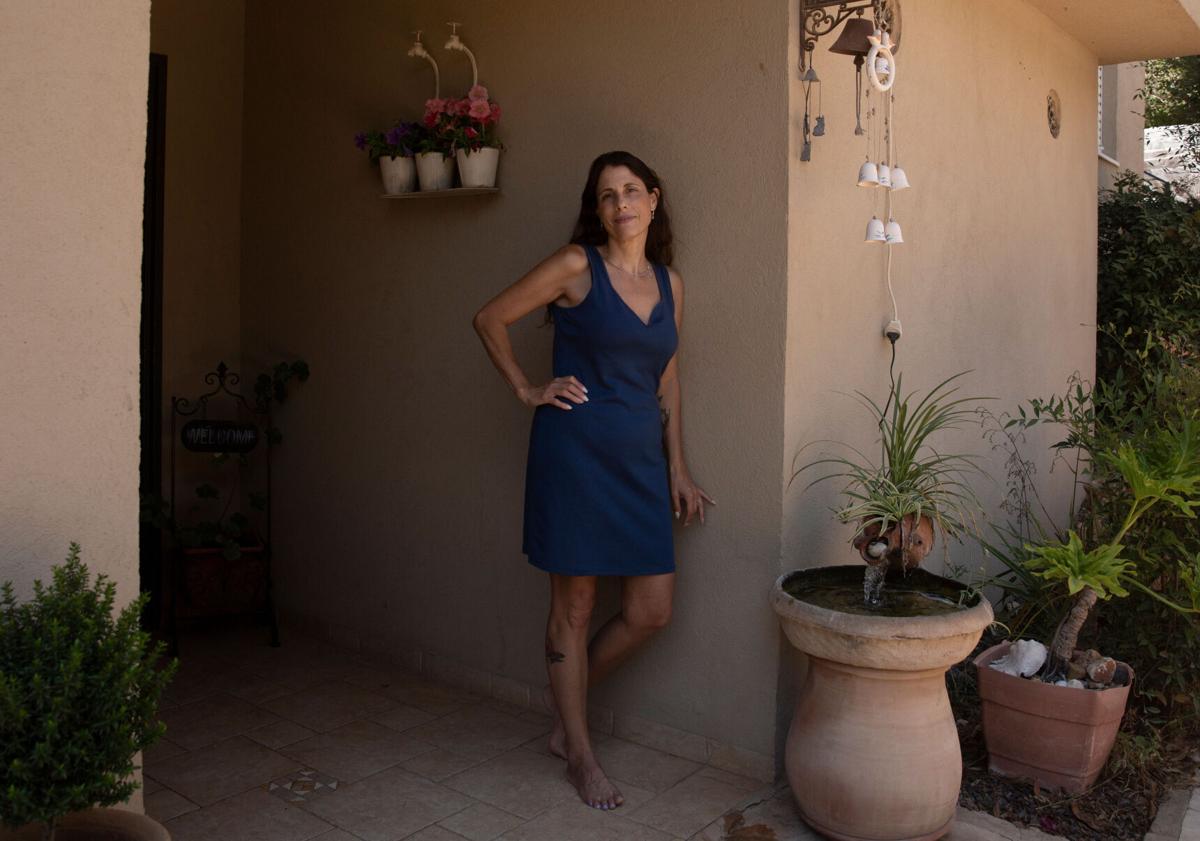 Idit Harel Segal, who donated a kidney to a Palestinian child from the Gaza Strip, poses for a portrait in her home in Eshhar, northern Israel. 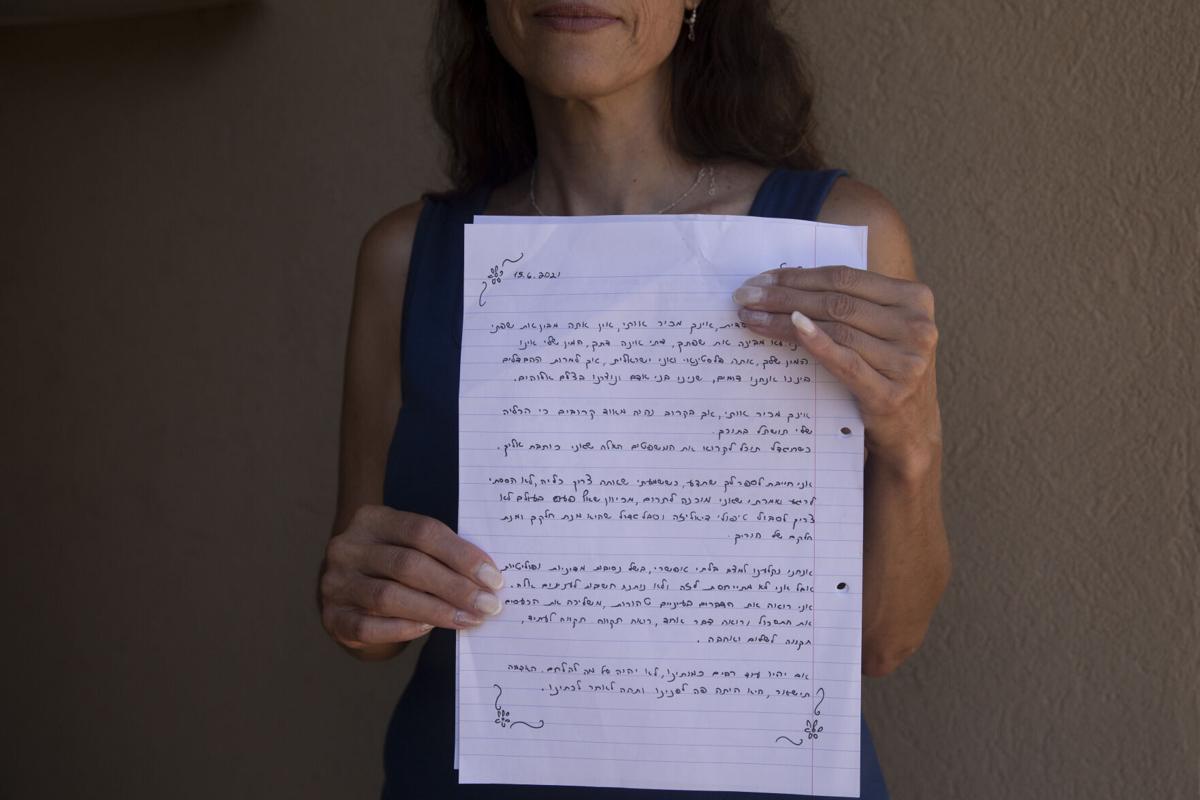 Idit Harel Segal, who donated a kidney to a Palestinian child from the Gaza Strip, holds the letter she wrote to the boy, handwritten in Hebrew before giving him an Arabic translation, in her home in Eshhar, northern Israel.