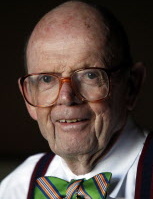 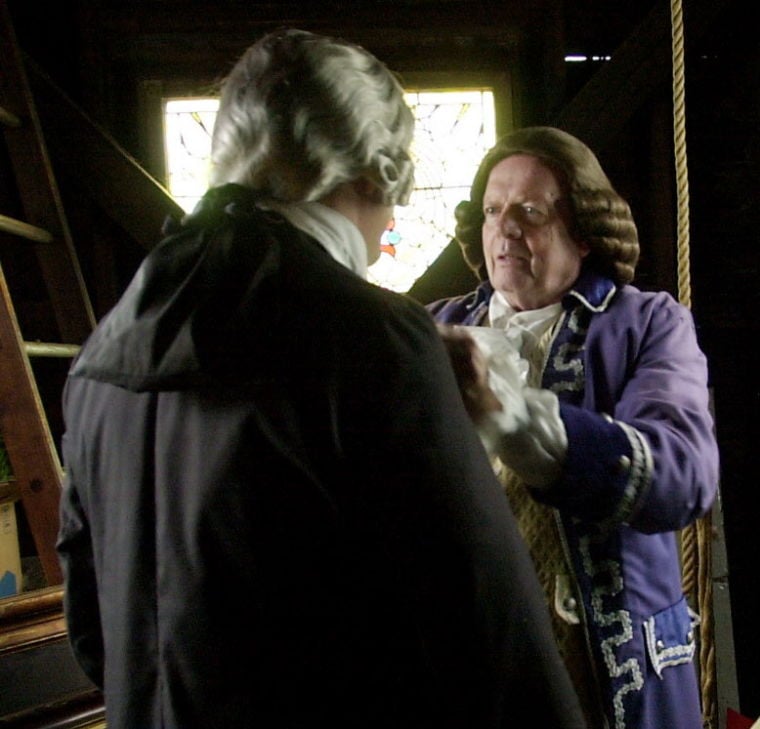 The man who made sure that the regular re-enactment of Patrick Henry’s fiery “Give me liberty or give me death” speech at historic St. John’s Church lived on after the U.S. bicentennial celebration has died at 82.

A Mass of Christian Burial for Thomas Joseph McGranahan Sr., who died Thursday at home in Richmond, will be celebrated at 11 a.m. Saturday, today, at St. Bridget’s Catholic Church, 6006 Three Chopt Road. Burial will be in Greenwood Memorial Gardens in Goochland County.

Mr. McGranahan was a familiar face in Richmond and Tri-Cities area theater since the 1970s, when the theater bug bit after he performed at St. Bridget’s Catholic Church, where he was a member.

Nowhere was he seen more than at Richmond’s St. John’s Church on Church Hill. There, on summer Sunday afternoons from 1976 to 2010, he stepped into the role of Peyton Randolph, president of the Virginia Convention, in the annual summer re-enactment of Patrick Henry’s March 23, 1774, speech that catalyzed the convention toward revolution.

“It was done for one performance in 1975 and then, for the bicentennial, there were regular performances in 1976. As the interest and money dried up, Tom kept it going. He was taking the reins initially by himself. He paid people out of his own pocket. Now it is self-sustaining. We would not have what we have today without Tom.”

Grantz called him “one of those people who, behind the scenes, kept the lights on. Without Tom, much of the (local) theater we know today would not be possible.”

Mr. McGranahan had worked 17 years at Barksdale Theatre, which combined with Theatre IV to form Virginia Repertory Theatre. He served as facilities manager of the Willow Lawn location from its opening in 1996 until April 26th and also had been playbill advertising manager.

He kept Theatre IV and Barksdale going behind the scenes, colleagues said. “Tom was the heart and soul of Virginia Rep,” said artistic director Bruce Miller. “He was one of the most positive and giving theater artists I’ve ever known.”

“A year and a half ago, when Tom was diagnosed with inoperable cancer, Virginia Rep named its deeply discounted ticket program for low-income seniors in his honor. For all time, Tom’s Tickets will be available … so that no one is turned away due to inability to pay.”

Working with other theaters in town as well, “he was always a source of help or he could lead you to help in theatrical production,” Grantz said. “He suggested actors. He suggested props. Everyone at some point had gone to Tom McGranahan to put on a production.”

Whether playing Patrick Henry for various groups, working with The Bifocal Players to play senior centers or discharging other roles, “Tom was the Old Faithful of Richmond theater. You could always count on him to be there, to care, and to go above and beyond whatever was asked of him,” Miller said.

The Bryn Mawr, Pa., native, who attended Villanova University, served as a medic with the Navy during the Korean War. He came to Richmond in 1956 as a salesman for Proctor & Gamble Co. He was P&G’s top salesman 25 out of his 33 years with the business. He was the widower of Anne Stanley McGranahan, who died in 2005.