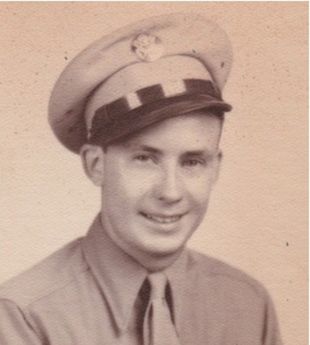 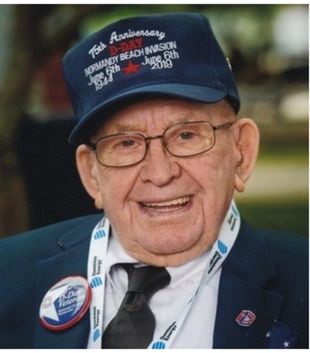 PIERCY, Mr. Hamet Lee, age 95, of South Hill, died on Saturday, January 11, 2020, at VCU Health Community Memorial Hospital after a brief illness. Born September 6, 1924, he was preceded in death by his wife, Janie L. Piercy; and his parents, Mr. and Mrs. A. D. Piercy. He is survived by three children, Mickey H. Piercy (Debbie) of South Hill, Gail P. Moody (Andy) of South Hill and Ann P. Slusser (Rick) of Prince George. He also leaves behind four grandchildren, Hayley V. Piercy, Kelly N. and Katherine L. Moody and Taylor R. Slusser. Hamet Lee served his country honorably and nobly during World War II in the United States Army with the 157th Combat Engineer Battalion, where he earned several medals including three Battle Stars and the Purple Heart. He served in the Army in the Normandy, Northern France and Rhineland Campaigns and was captured in Germany on January 1, 1945, during the Battle of the Bulge. Corporal Piercy remained a POW until April 23, 1945 when Russian forces, attacking and advancing near Dresden, Germany liberated Stalag 4-B. Held for some days by the Russians under very fluid and confusing circumstances, Corporal Piercy and his men decided to "escape" from the Russian unit that was holding them and seek out a U.S. unit to complete their re-patriotization. He and his men were welcomed with great surprise by the unit that found them, and they were transported back to a U.S. Army Field Hospital. After being released from the U.S. Army medical system after his recuperation from captivity, Corporal Piercy and his men returned to the United States as bonafide war heroes and took their rightful part of America's Greatest Generation. Hamet Lee returned to his family farm after being released from the Army in 1945 and raised both tobacco and cattle until retirement. He enjoyed gardening, looking after his neighbors and family. He loved baseball and was an avid New York Yankees fan. He was a member of the American Legion Post 79, the VFW and the American Ex-Prisoners of War. He was also a life-long member of Tabernacle Baptist Church. In 2010, Hamet Lee was honored with the French Legion of Honor medal in Washington. In June 2019, he was one of more than 100 WWII veterans honored during the 75th Anniversary commemoration of D-Day, at the National D-Day Memorial in Bedford, Virginia with his family. Services will be held Thursday, January 16, 2020, at 11 a.m. at Tabernacle Baptist Church with burial in the church cemetery. The family will receive friends at a luncheon afterwards in the church fellowship hall. In lieu of flowers, memorial contributions may be made to Tabernacle Baptist Church, 1212 Chalk Level Rd., South Hill, Va. 23970, American Legion Post 79, P.O. Box 562, South Hill, Va. 23970, or the VA Veteran & Family Support Program, c/o VA Veteran Services Foundation, James Monroe Bldg., 101 N. 14th St. 17th Fl., Richmond, Va. 23219. Online condolences may be shared at www.farrarfuneralhome.net. Farrar Funeral Home of South Hill is serving the Piercy family.