Alec Greven column: Why we should not cancel student debt
10 comments
Share this
1 of 2 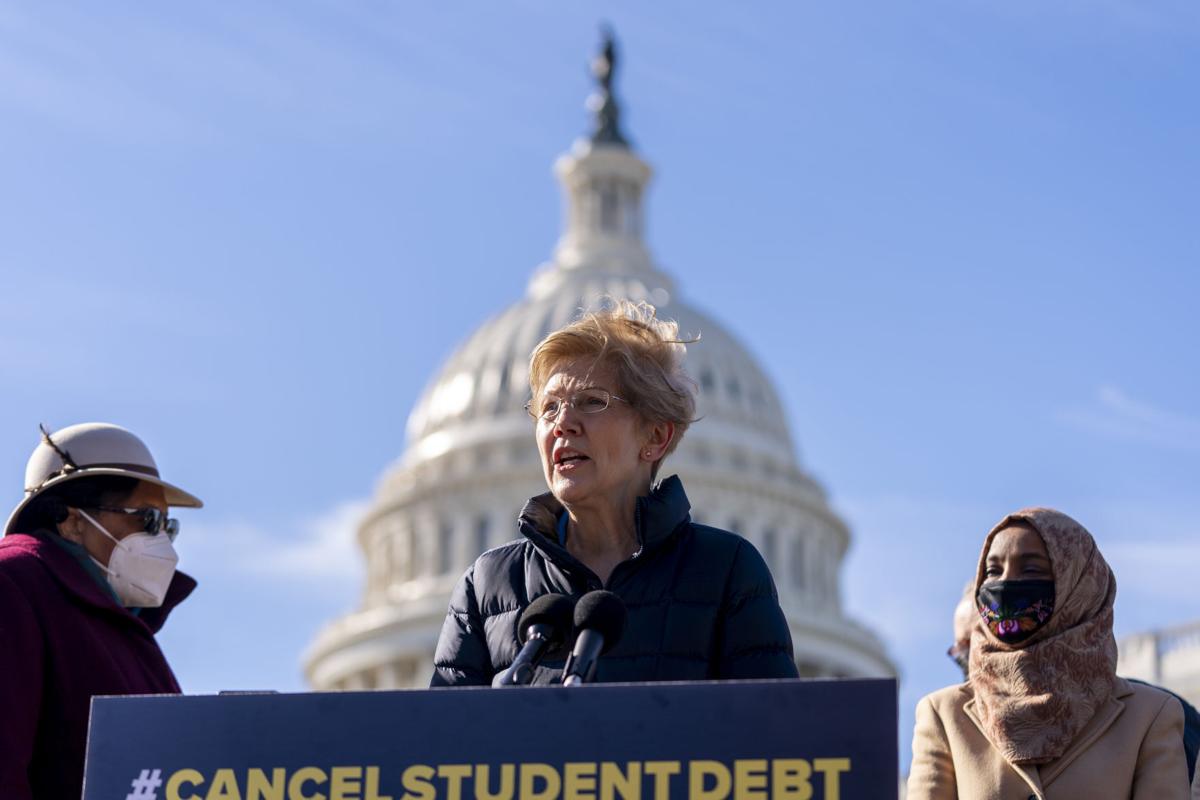 In early February, U.S. Sen. Elizabeth Warren (center), D-Mass., spoke at a news conference on Capitol Hill. She discussed a resolution calling on President Joe Biden to take executive action to cancel up to $50,000 in debt for federal student loan borrowers. 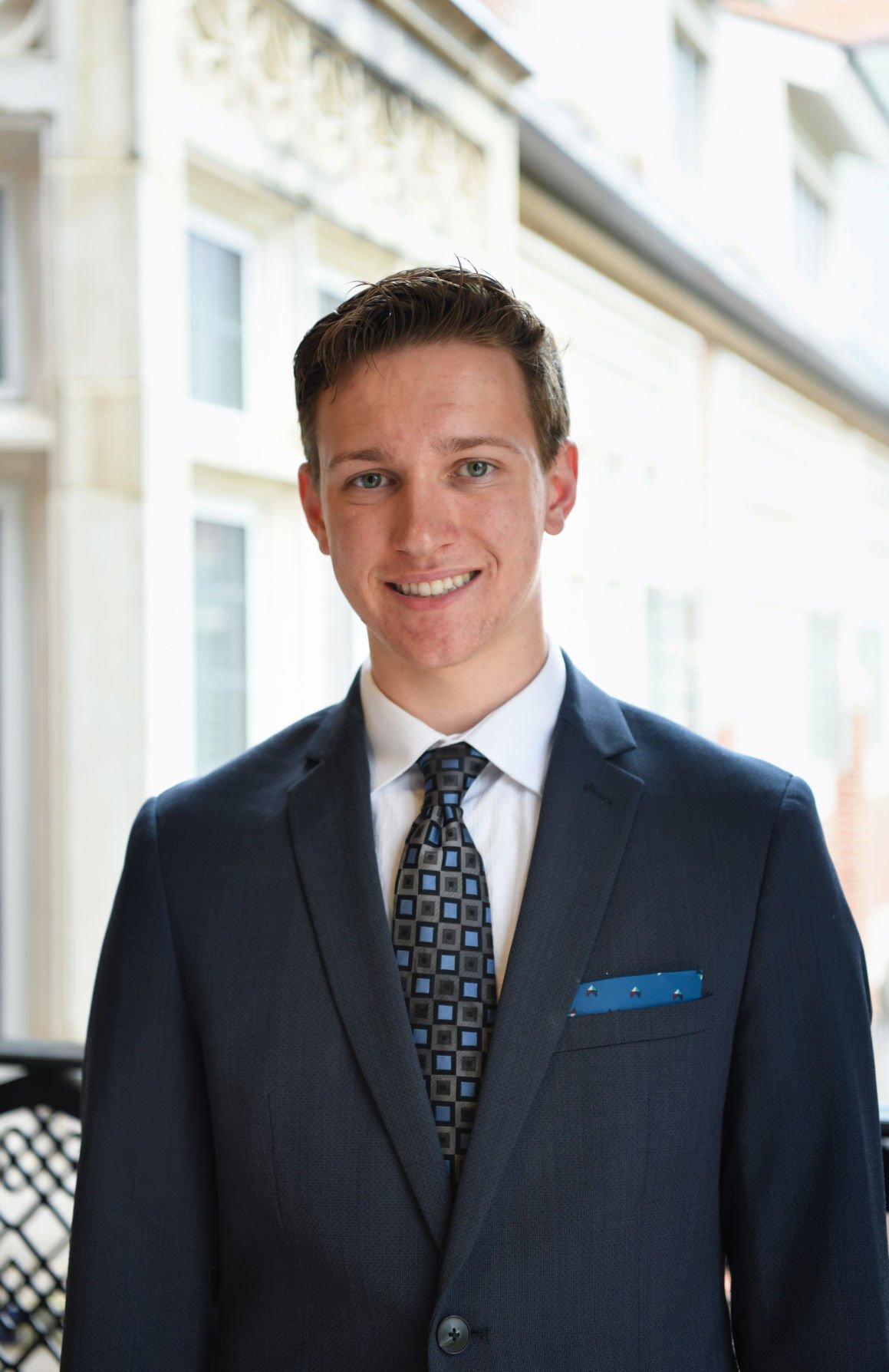 Student debt cancellation is unfair. It would unravel freely made decisions in the marketplace after the fact. Many students worked hard to pay off their student debts early and shouldered burdens to financially be stable. Other students made poor decisions with managing their debt. They procrastinated paying off their debt or made poor financial decisions. Of course, there are students who are burdened with debt even though they made smart choices. The debt cancellation proposal is unfair because it fails to distinguish between deserving candidates because all students get their debt canceled. Moreover, students who worked the hardest to pay off their debt early get nothing. A student from a fabulously wealthy family who takes out student debt to fund a fancy law degree to pursue corporate law would be subsidized with taxpayer dollars. Any policy that promotes such deep unfairness cannot be tolerated.

Student debt cancellation disproportionately benefits the wealthy. If the goal of student debt cancellation is to reduce inequality, then this proposal is not the way to reach this goal. This is because student debt is incurred by many wealthy or soon-to-be wealthy households to pursue advanced degrees in fields like law and medicine. The Brookings Institution found that U.S. Sen. Elizabeth Warren’s $50,000 debt cancellation scheme would be regressive, with the poorest 60% of households gaining only 34% of the benefits. This proposal would compound inequality by concentrating benefits to the wealthy. The rich get richer and the poor who do not attend college get nothing. Policies narrowly targeted to the poorest Americans would go a lot further in reducing inequality.

Student debt cancellation would not support racial justice. The state attorneys general letter argued that their proposal was important to further racial justice. If their goal is racial justice, then debt cancellation is a counterproductive way to realize this ideal. William Darity Jr., a professor of public policy and economics at Duke University, studied the effects of debt reduction on racial gaps. When Darity controlled for differences in college enrollment rates across racial groups, he found that erasing student debt would have an “imperceptible” effect on the mean gap between races. An analysis by the think tank Demos suggests that, “Policies which eliminate all student debt for young households would expand the divide between median Black and white wealth by an additional 9 percent.” Thus, debt cancellation appears either to not advance racial equality or to actively undermine it.

Student debt cancellation would be bad for the economy. Matt Bruenig with the People’s Policy Project finds that debt forgiveness is “possibly the least effective stimulus imaginable on a dollar for dollar basis.”

Consider the difference in stimulus effect of two policies. Policy A gives a student $5 in cash, which allows the full amount to immediately get pumped into the economy. Policy B forgives $5 in debt, which means that the student can pump 5 cents into the economy, reflecting 1% monthly interest payments that would not have to be paid anymore. Policy A is far superior in terms of a stimulative economic policy. Cash transfers function like Policy A and debt forgiveness functions more like Policy B.

Student debt cancellation has almost nothing to speak in favor of it when compared to other policy approaches like direct cash transfers. Student debt cancellation is unfair, disproportionately benefits the wealthy, has indiscernible or adverse effects on racial justice efforts, and fails to stimulate the economy. Direct cash transfers to the poor would much more effectively achieve the aims of debt cancellation. Politicians should focus less on pandering to young college voters with foolish policies that fail to achieve their goals and instead focus on informed public policy that can best achieve their vision.

Alec Greven is a senior at the University of Richmond majoring in leadership studies and philosophy, politics, economics and law. Contact him at: alec.greven@richmond.edu

In early February, U.S. Sen. Elizabeth Warren (center), D-Mass., spoke at a news conference on Capitol Hill. She discussed a resolution calling on President Joe Biden to take executive action to cancel up to $50,000 in debt for federal student loan borrowers.