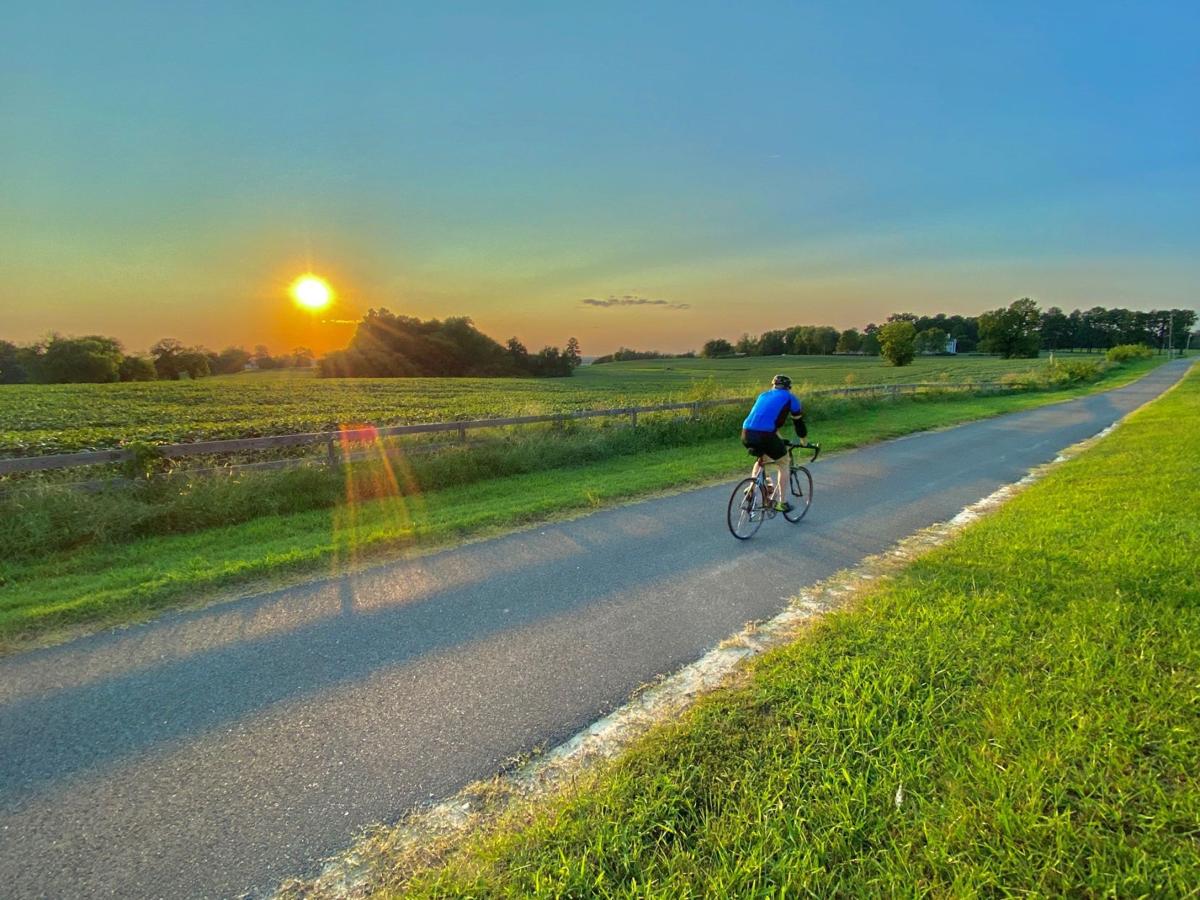 A bicyclist took in a view of the sunset along the Virginia Capital Trail. The trail turns 5 on Friday and has been a source of well-being during the COVID-19 pandemic. 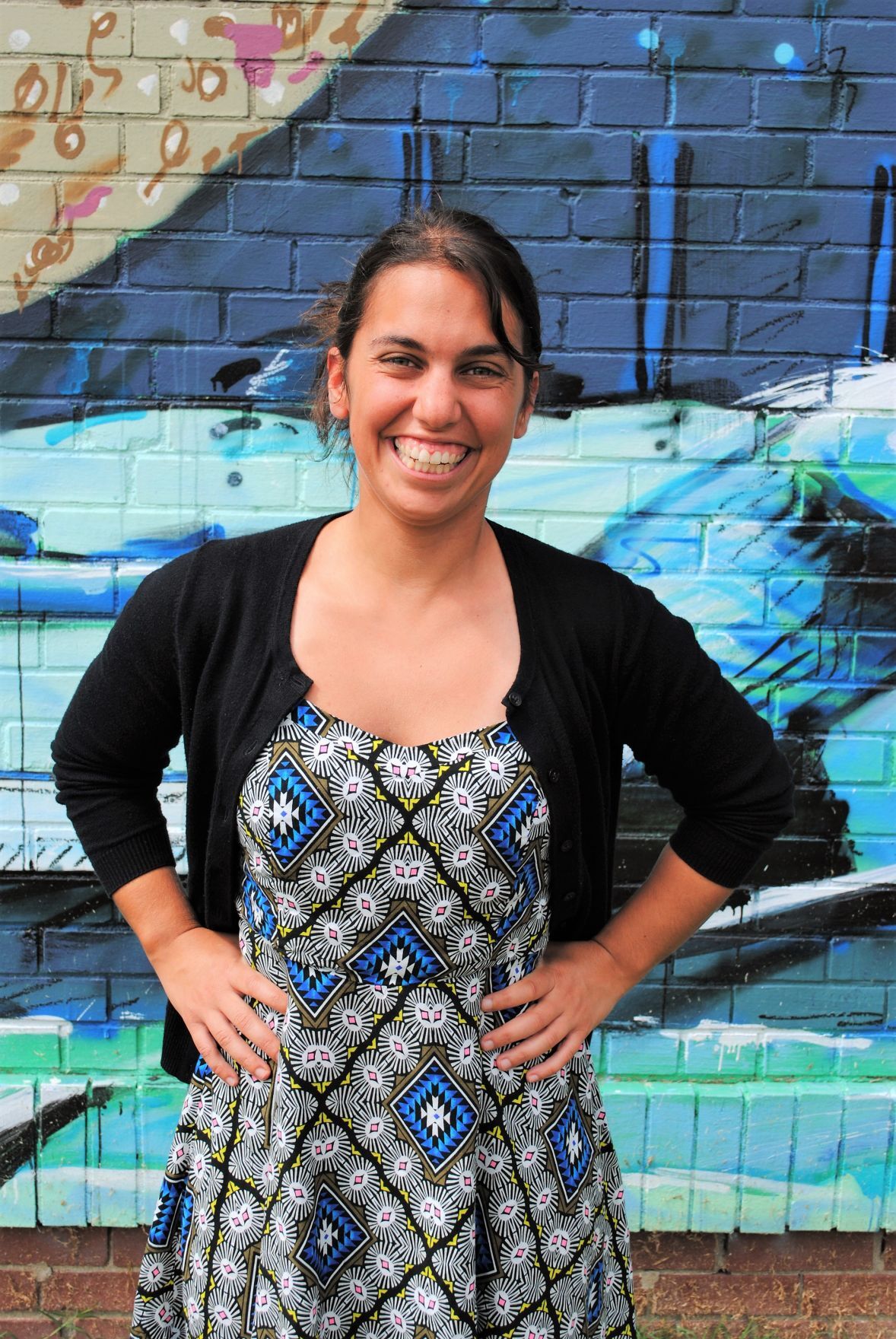 As we approach the fifth anniversary of the Virginia Capital Trail (VCT), the 52-mile scenic, meandering byway between Richmond and Jamestown, it’s time to not only take stock in its success but also begin getting even more serious about what’s next — creating a network of trails that connect our region’s communities to recreation, transportation, history and so much more.

Since the very first asphalt was laid, the trail struck a chord with locals and visitors alike, attracting cyclists and walkers, joggers and skateboarders. There are naturists like Sandee Bailey and Jane Taft, whose weekly strolls on the trail have helped connect them to the treasures often hidden within the landscape. There’s Gene, who biked 79 miles on the trail to commemorate his 79th birthday, and Kathleen, who skated the entire trail in one day. The trail has been a meeting spot for families and friends who often combine time on the trail with a visit to one of the 12 restaurants within a stone’s throw of it.

The trail also has been a source of well-being for so many during the pandemic. Earlier this spring, when Richmonders were getting serious about self-quarantining, the trail saw a colossal 65% increase in daily use year over year. Trail counts continue to set records throughout the year. Meanwhile, the Capital Trail Ambassadors, our team of dedicated, trained volunteers who regularly patrol the trail with an eye out for maintenance issues, or to help users with bike repairs or basic first aid, cover more than 1,000 miles per month. And speaking of volunteers, a special shoutout to those tending to the Low Line gardens between Shiplock Park and the Canal Walk. It’s little wonder that Tripadvisor ranks the VCT as No. 9 on the list of “Things to Do in Richmond” while Richmond Region Tourism ranks the VCT the second-most visited attraction in the region over the past few years.

Beyond the trail’s aesthetic, recreational and historic appeal, it also has had a significant economic impact on the region. An analysis conducted by the University of Richmond and the Institute of Service Research found that economic activity generated by the VCT contributed approximately $8.9 million to Virginia’s economy in fiscal year 2018-19. It supported close to 100 full-time equivalent jobs and $3.6 million in associated labor income, generating an estimated $613,000 in state and local tax revenue.

With such a thriving resource in our midst, the obvious question is: What’s next? It’s a question being asked by communities around the country that are experiencing similar success with trails. The Washington, D.C. region is just one example. Earlier this summer, the region’s Transportation Planning Board — representing 23 jurisdictions — approved an ambitious plan to add to the National Capital Trail Network, a spiderweb of some 645 miles of trails, which the board hopes to more than double in the years ahead.

Closer to home, the pro-trail momentum is picking up speed. The proposed 43-mile trail that would link Ashland to Petersburg — which would bisect the VCT in Richmond near the Canal Walk — is moving forward, though tempered by COVID-19-related realities. The corridor largely is in place, with entities like the Henrico and Hanover boards of supervisors recently supporting plans to construct a segment of the Ashland to Petersburg Trail between Holly Hill Road and Woodman Road. Even so, funding for the entire project remains uncertain.

The recent release of the Richmond 300 plan, an update to the city’s master land-use plan, includes the James River Branch Trail, which would run along a nearby abandoned railroad line from Westover Hills Boulevard to Midlothian Turnpike to Route 1 near Bellemeade Road, where it would connect to the Ashland to Petersburg Trail.

And farther south, plans are in the works for the Appomattox River Trail, a network of shared trails among the six jurisdictions that border the Appomattox River. To the east, the Birthplace of America Trail envisions a set of trails that would connect Virginia Beach’s Oceanfront and Fort Monroe to the VCT, while the Rivanna Trails Foundation in Charlottesville is taking steps to expand its trail system westward to the Blue Ridge Mountains and eventually to Richmond.

These are not pie-in-the-sky plans, but concrete efforts that extend beyond the possible to the achievable. But like the Virginia Capital Trail, they will need citizen support that propels our elected officials to take the actions necessary to make these trails a reality. It’s time to put all these efforts into high gear.

Cat Anthony is the executive director of the Virginia Capital Trail Foundation and the president of the Virginia Trails Alliance. Contact her at: cat@virginiacapitaltrail.org

A bicyclist took in a view of the sunset along the Virginia Capital Trail. The trail turns 5 on Friday and has been a source of well-being during the COVID-19 pandemic.