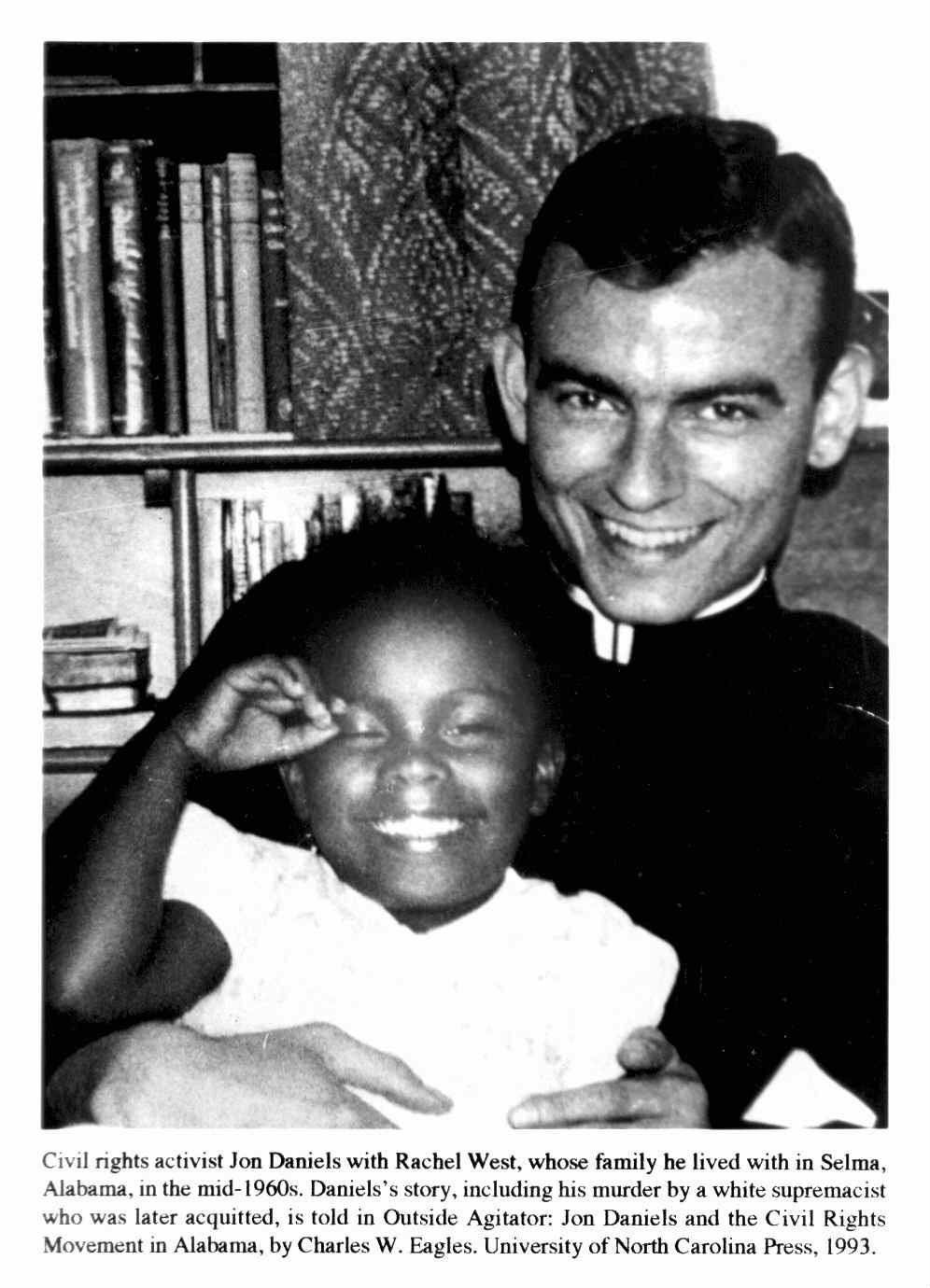 Jonathan Daniels in Selma, Ala., in the mid-1960s, with Rachel West. Daniels lived with the West family while he worked in the civil rights movement. 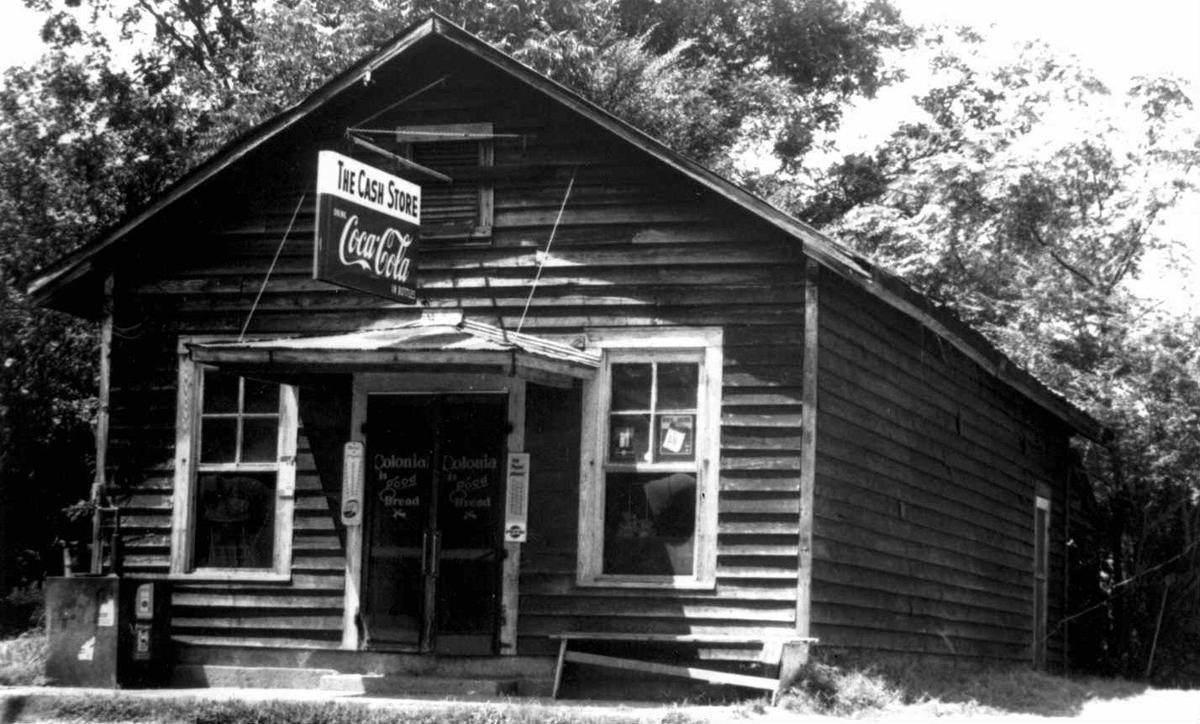 The store in Hayneville, Ala., where Jonathan Daniels was shot and killed.

When I attended VMI in the late 1960s, the school was very much a Southern institution. About three-fourths of the all-white corps of cadets came from former Confederate states. The Civil War was central to the Institute’s heritage.

Referred to by one historian as the “Confederacy’s Cradle of Command,” VMI played a crucial role in the Southern war effort. More than 90 percent of its alumni, including a dozen generals, served in the Confederate army.

Every May 15, the corps performed a solemn ceremony honoring the 10 cadets who died in battle, with “Dixie” playing in the background by the VMI band.

Even after the landmark 1954 Supreme Court decision outlawing segregation, VMI remained an all-white school for another 15 years, except for a handful of cadets from Asia. The school finally integrated in 1968, making it the last state-supported college in Virginia, and one of the last in the country, to do so.

So how is it that this bastion of the South became the alma mater of a person who would be recognized as one of 15 martyrs by the Episcopal Church in England’s Canterbury Cathedral for his work as a civil rights activist? Jonathan M. Daniels certainly did not fit the image of the typical “VMI type.”

A native of New Hampshire, Daniels could have attended any number of excellent colleges in New England. Instead, he chose the Virginia Military Institute, later described by novelist Pat Conroy as “an austere grotto of Spartan military life.”

A cadet private during his four years at VMI, he nevertheless excelled in academics as an English major. Chosen as valedictorian of the class of 1961, he addressed his classmates with these prophetic words: “We have spent four years in preparation for something. What that something is or who we are, we do not know.” Few would have guessed what that “something” would have been for Daniels.

He received a prestigious Danforth Fellowship for post-graduate study in English literature at Harvard, where he enrolled the following fall. During an Easter service the following year, however, he said he felt called to follow God in the ministry. He then left Harvard and enrolled in the Episcopal Theological School, in Cambridge, Massachusetts.

Although engrossed in his seminary studies, in the spring of 1965 Daniels responded to a call from the Rev. Martin Luther King Jr. for fellow clergy to come to Alabama and join in the civil rights movement.

With several other fellow seminarians, Daniels was granted permission to spend the rest of the semester in Alabama working on voter registration and marching in demonstrations.

After several months in the South, he returned to the seminary to take his semester examinations, only to go back to Alabama a few weeks later. He lived in Selma with an African-American family and worked long hours to provide assistance to black families in need, tutor young people, and tirelessly register black voters.

In August, Daniels and 29 protesters were arrested in Fort Deposit, Alabama, for demonstrating in front of whites-only stores. Transported in a garbage truck to the jail in nearby Hayne-ville, most of the demonstrators were detained for six days in stifling cells without air-conditioning.

Finally released without explanation and with no transportation back to Fort Deposit, Daniels, Catholic priest Richard Morrisroe, and two teenagers, Joyce Bailey and Ruby Sales, took off on foot.

Parched by the blazing Alabama sun, the four stopped at a nearby general store to buy soft drinks. As they approached the door, they were confronted by an angry Tom Coleman holding a shotgun.

Coleman, a former deputy sheriff, pointed the weapon at Sales, and shouted, “Leave or I’ll blow your damn brains out!” Daniels shoved the teenager out of the way, just as Coleman’s gun discharged, hitting the seminarian full blast in the stomach. He died instantly. Morrisroe was wounded by a second shot, but survived.

Coleman left the scene and turned himself in to local authorities. Months later, a grand jury indicted him for manslaughter rather than murder based in part on his claim of self-defense, with the assertion that Daniels had pulled a knife on him. An all-white jury then declared him innocent.

Other than a brief obituary in the Alumni Review in the fall of 1965, VMI did not formally recognize Daniels for his act of extraordinary courage for another 32 years.

But in 1997, the board of visitors voted to establish the Jonathan M. Daniels ’61 Humanitarian Award to recognize people who have made “significant sacrifices to protect or improve the lives of others.”

It also named one of the four archways in the VMI barracks and a memorial courtyard for Daniels. While the other three entrances honor men who achieved fame in the military — George Washington, Stonewall Jackson, and George C. Marshall — the Daniels Arch honors a hero of a different sort.

Although VMI was late in recognizing Daniels, I am proud of my alma mater and its effort to honor what Dr. King said was “one of the most heroic Christian deeds of which I have heard in my entire ministry.”

Charles F. Bryan Jr. is the retired president and CEO of the Virginia Historical Society. Contact him at cbryan1969@aol.com.

Parched by the blazing Alabama sun, the four stopped at a nearby general store to buy soft drinks. As they approached the door, they were confronted by an angry Tom Coleman holding a shotgun.

Jonathan Daniels in Selma, Ala., in the mid-1960s, with Rachel West. Daniels lived with the West family while he worked in the civil rights movement.

The store in Hayneville, Ala., where Jonathan Daniels was shot and killed. 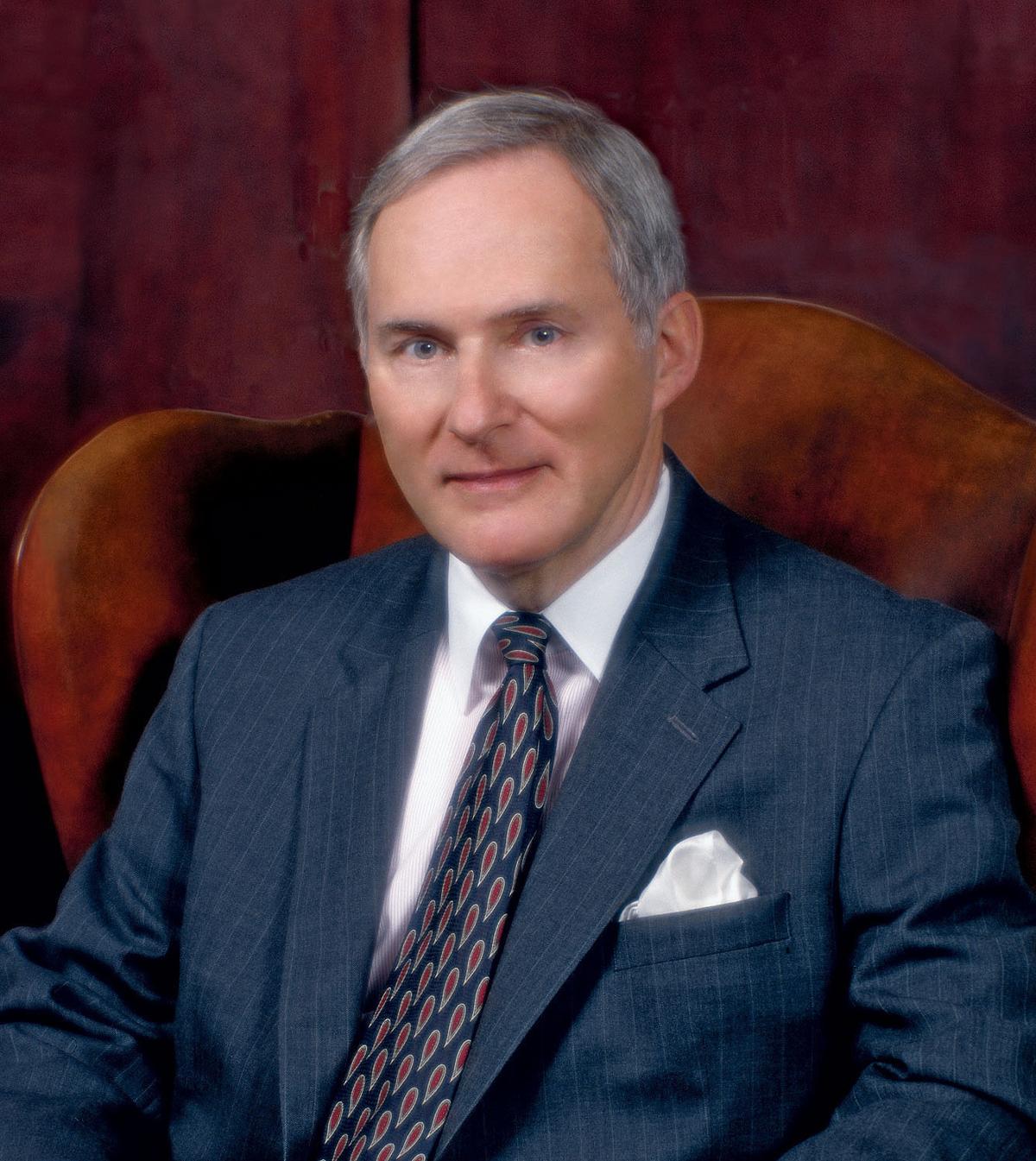