Colleges and universities have provided no shortage of reasons for cutting their sports teams. Fiscal restraints and Title IX compliance lead the list. Since the outbreak of the coronavirus, athletic directors have accelerated the pace of these cuts, using the pandemic as their excuse.

The narrative runs as follows: Football finances other sports; the virus has cut football earnings more than we can bear; therefore, other sports are no longer sustainable.

For schools in Power Five conferences, this argument might be true. Yet, few Power Five schools, with Stanford University being the notable exception, have cut their sports teams.

Smaller Division I schools, known as mid-majors, which include more than two dozen conferences, are responsible for the overwhelming majority of recent cuts. For these schools, the notion that the football and men’s basketball teams sustain other sports couldn’t be further from the truth.

At the College of William & Mary, which earlier this month cut seven teams — women’s volleyball, men’s and women’s swimming, men’s and women’s gymnastics, and men’s indoor and outdoor track and field — the football team gets paid by schools like the University of Virginia ($400,000) and Virginia Tech ($350,000) simply to play them.

Nevertheless, William & Mary’s football team ended last season with a net loss of $1.7 million. Men’s basketball was in the red $750,000. Neither team funds anything at William & Mary, including themselves.

The men’s and women’s swimming teams, by contrast, occupy a combined endowment in excess of $3 million. They receive no scholarships; the pool is funded through the recreation budget, not athletics; and they yield an annual loss of approximately $150,000 between the two teams.

Mid-majors like William & Mary are failing financially not because of swimming, volleyball, track or gymnastics. They are failing because they are trying to be something they are not: massive. They are chasing a mythical dream based on an unattainable financial model.

Where will the endowments of these teams go once they’re cut? Into the pockets of the teams that are truly unsustainable and consistently failing, while the coronavirus, a short-term hardship, serves as the cop-out for the cuts.

But the “Alma Mater of the Nation” need not steal or cut anything. In July, the college declared the end of its “For the Bold” campaign, an effort that raised over $1 billion. The gifts are mostly designated for set purposes, such as $57 million to Kaplan Arena to support a basketball team that is one of just four teams nationwide never to have earned a spot in the NCAA tournament.

Yet, if the college was willing to go to such great lengths to obtain funds for its losing teams, surely it could have done something to bolster its winning ones. Men’s swimming, for example, has won the past six Colonial Athletic Association conference championships and had a swimmer rank fourth in the entire NCAA in the 50-yard freestyle — again, with no scholarships.

In an open letter to the college community, which in itself is in jeopardy of not meeting the college’s Honor Code standards, given the frequency with which it matches, verbatim, that of Stanford’s recent announcement, top college officials alleged, “In the economic environment that we now find ourselves in, and expect to remain in for quite some time, every source of athletics revenue has significantly decreased.”

So significantly that their decision was to cut 30% of the department’s teams that account for just 12% of its expenses?

In addition to swimming’s $3 million endowment, track holds $7 million, gymnastics $2 million, and volleyball $1 million, all of which will get absorbed by other sports and departments. Athletics just held an eight-figure fundraiser for the college without asking for a dime.

If any sport is funding another, it is swimming, track, gymnastics, volleyball, and all their donors that are now, suddenly, funding football, not football funding them.

Alumni are outraged. Donors feel betrayed. Parents, who just days earlier wrote tuition checks, are asking if they have been scammed. William & Mary, once a beacon, has gone dark.

All football teams generate revenue; few football teams turn a profit. When one athletic director with personal ambitions and unfeasible goals can transform a department and a whole institution, it is not surprising that a simple myth can change minds.

Our sports are not beholden to football. Yet, the closer we come to making them self-sustaining, the more likely some athletic directors are to cut those teams and keep their cash.

D. R. Hildebrand lives in New York City and is a 2003 graduate of the College of William & Mary, where he was a member of the swim team. Contact him at: drhildebrand@hotmail.com

By Deb Wake and Liz White

One of the things I am sure of is that the American electoral process is the envy of the free world. The idea that individuals have a right to…

Marsha Mercer column: A 'day on, not a day off’ for MLK

Williams: Youngkin's choice to oversee Virginia's environment is the wrong choice in the wrong climate

The Netflix film “Don’t Look Up” satirizes how there’s no planetary cataclysm so large that it can’t be monetized or ignored. 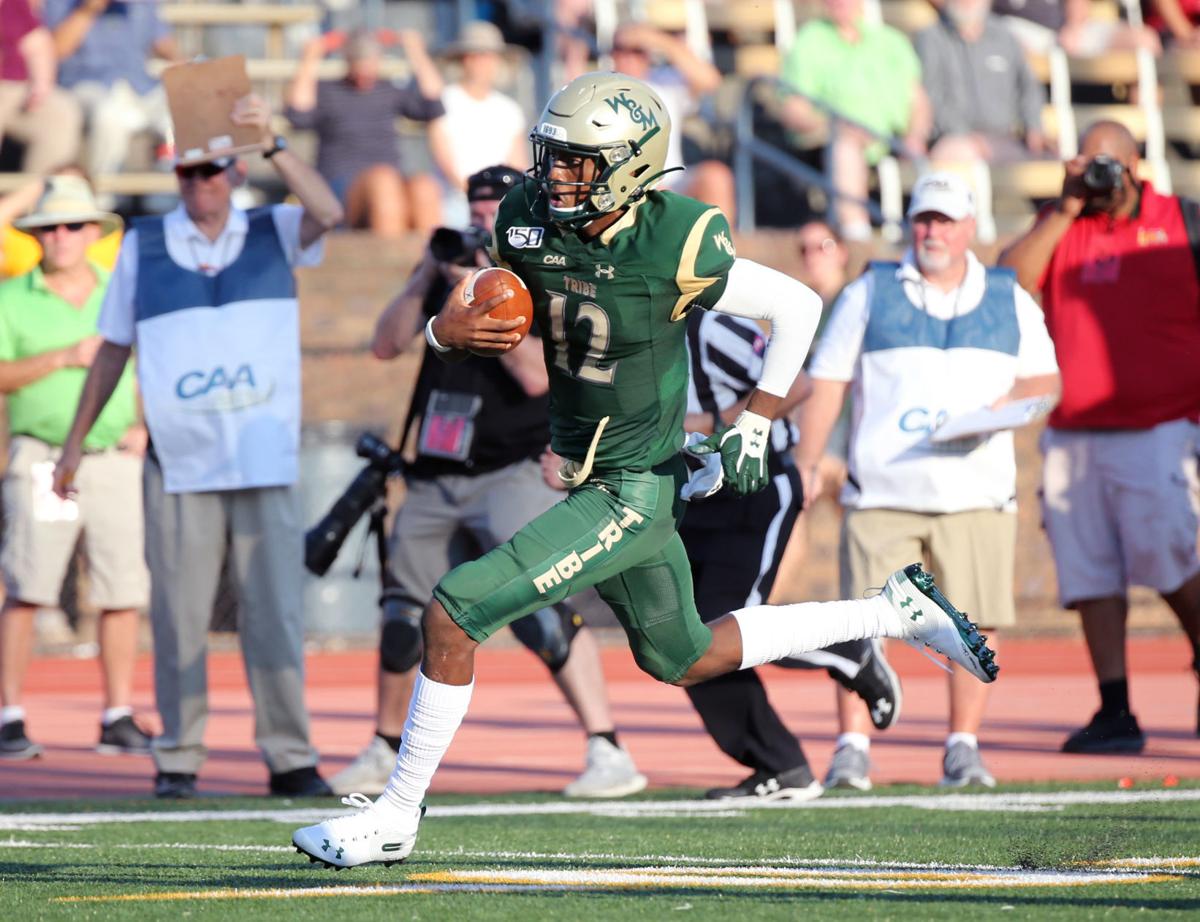 William & Mary quarterback Hollis Mathis ran with the ball during a game against Lafayette College in Williamsburg on Aug. 31, 2019. 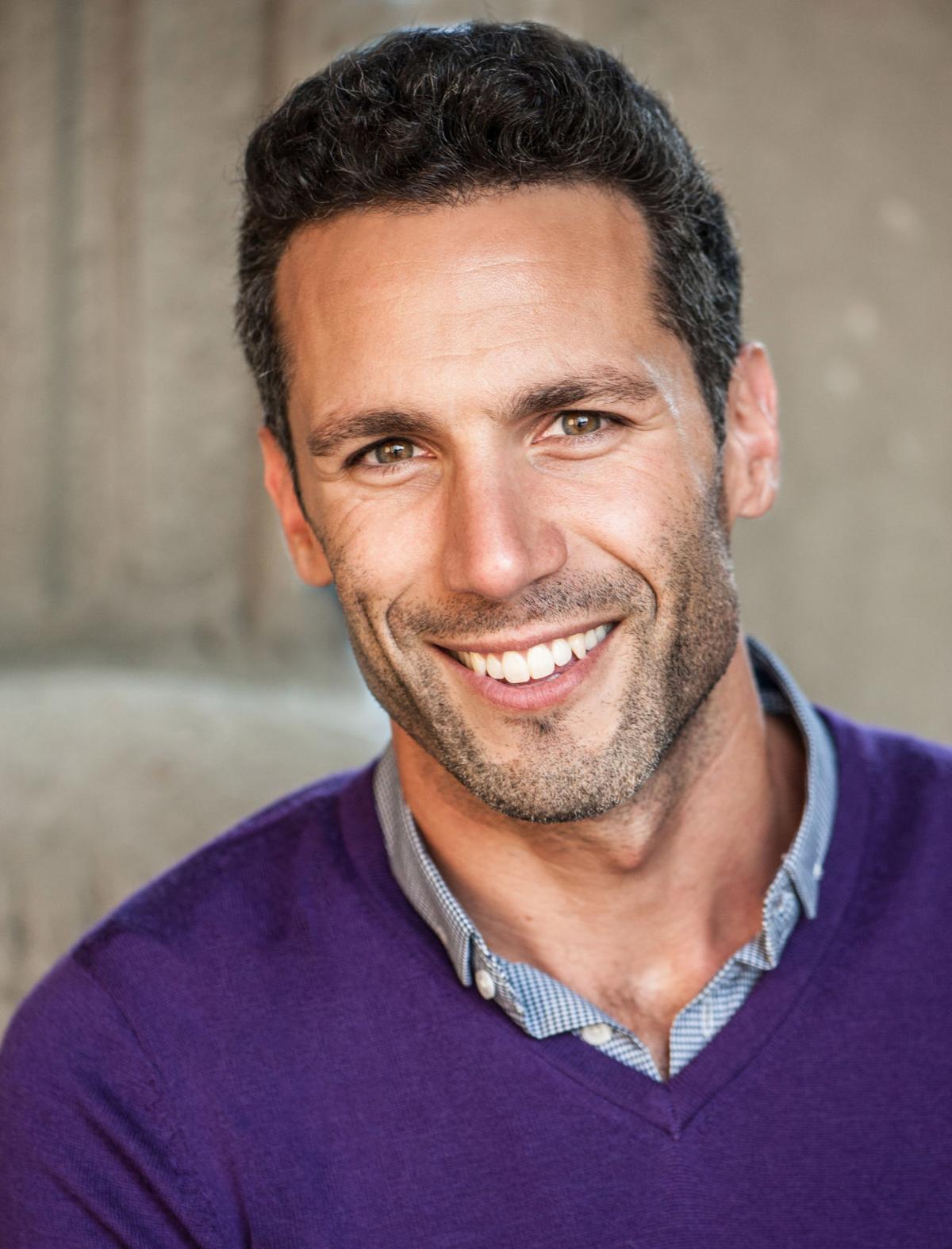