Dante R. Brizill column: A hero no longer forgotten
0 comments
Share this
1 of 2 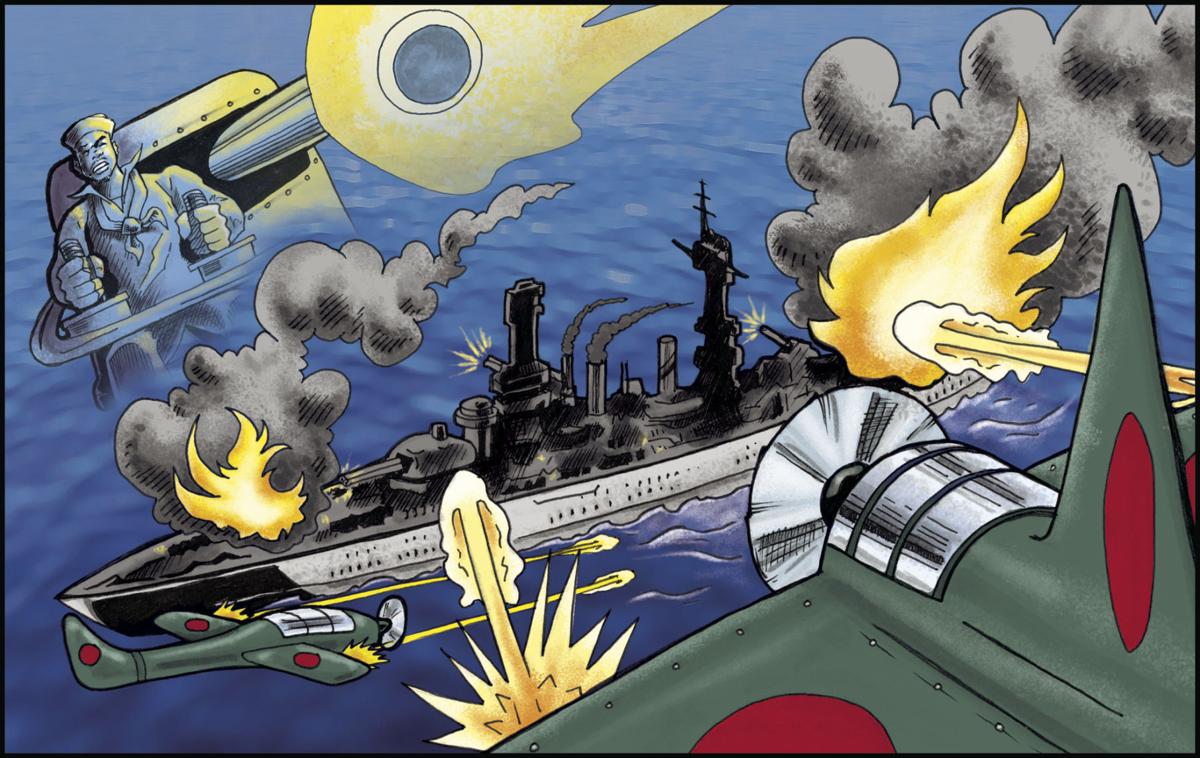 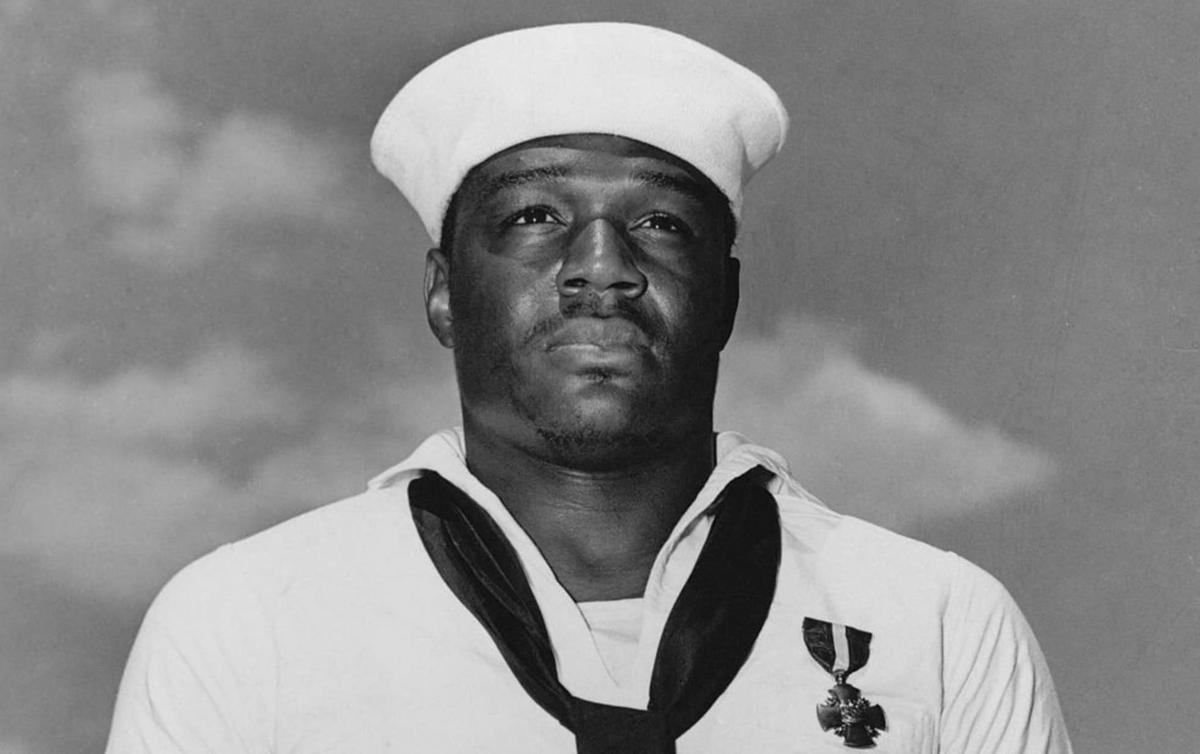 On Dec. 7, 1941, the battleship West Virginia was anchored alongside the USS Oklahoma and sitting diagonally across from the Arizona, on what was known as “Battleship Row” at Pearl Harbor. The ship would have a front-row seat to the carnage unleashed on those two vessels and experience quite a bit of it as well. More than half of the casualties that occurred during the attack on Pearl Harbor would occur on these three ships alone.

Commissioned in 1923, the USS West Virginia was a formidable weapon of war, having been fitted with the latest naval technology and architecture of the time. The ship took a heavy punishment from Japanese planes, but the outstanding crew prevented the damage from being much worse. One of those crew members was a young, African American mess attendant by the name of Doris “Dorie” Miller. This humble young man who was the ship’s cook would demonstrate to his crew mates and country that he had skills beyond the kitchen. For those who witnessed his courage, his actions were unforgettable.

The military of the World War II era reflected a deeply segregated American society. Of the 16 million Americans who served in World War II, approximately 1 million of them were African American men and women. The armed forces that they entered would subject them to inferior roles that mimicked the manual labor and domestic jobs many African Americans held as civilians. It was a commonly held belief by the military brass that African Americans lacked the intelligence to perform any jobs that required specialization training and skill. The late Stephen Ambrose, one of the leading historians of World War II, identified this irony in his book “Citizen Soldiers” when he said: “The world’s greatest democracy fought the world’s greatest racist with a segregated army.”

On that fateful Dec. 7 day, Dorie Miller had been awake since 6 a.m. In addition to his mess attendant duties, he had volunteered for officer wake-up call and collection of dirty laundry. When the alarm sounded ordering men to their battle stations, the ship’s communications officer ordered Dorie to help move the ship’s seriously wounded captain, Mervyn Bennison, to safety and out of the line of fire. Later, Dorie was asked by another officer to help him load one of the anti-aircraft guns. The officer soon became distracted and when he looked back, he saw Dorie firing one of the guns “as though he had fired one all of his life.”

Dorie fired at the Japanese planes until he was out of ammunition. Soon after, he and his fellow shipmates were ordered to abandon ship. In doing research for my book, “Dorie Miller: Greatness Under Fire,” I learned that Dorie was credited with shooting down anywhere from two to six enemy planes. His exhibit at the Smithsonian’s National Museum of African American History and Culture credits him with downing two, still an amazing feat for the ship’s cook on a weapon for which he had no training.

What is clear is that his actions helped to save lives. “It wasn’t hard,” Miller said. “I just pulled the trigger and she worked fine. I had watched the others with these guns. I guess I fired her for about 15 minutes. I think I got one of those Jap planes. They were diving pretty close to us.”

The Navy initially did not publicize Dorie Miller’s heroic actions, but news of what Miller did quickly spread throughout the United States in both Black and white communities. The NAACP wrote to the secretary of the Navy, Frank Knox, urging him to recognize and honor Dorie for his heroics. The influential African American newspaper, the Pittsburgh Courier, sent a reporter to investigate and learn more about who this hero was. That same publication started a letter-writing campaign to convince President Franklin D. Roosevelt to recognize Dorie.

Efforts to award Dorie the Congressional Medal of Honor were defeated in Congress. Secretary Knox, who never had been friendly to the concept of an integrated Navy, was satisfied with simply awarding Dorie a congratulatory letter. Thanks to the personal intervention of Roosevelt, in May 1942, Dorie was awarded the Navy Cross by fellow Texan fleet Adm. Chester W. Nimitz, and was promoted to Mess Attendant First Class.

After a nationwide publicity tour, in spring 1943, Dorie was called back to service on the escort carrier USS Liscome Bay. A few months later, in November of that year, a Japanese submarine fired a single torpedo into the ship, striking it in the worst possible location and detonating the ship’s ammunition and fuel. The subsequent explosion ended the lives of 644 men, with only 272 survivors. Unfortunately, Dorie Miller was one of those lost. In just 23 minutes the ship was gone. At first, Dorie was listed as among the missing, but a year later, he officially was declared dead.

The legacy of Dorie Miller continues to live on today. In 1970, he was portrayed by Elven Havard in “Tora! Tora! Tora!” and superbly by Cuba Gooding Jr. in “Pearl Harbor” (2001). In 1973, the United States Navy commissioned the frigate USS Dorie Miller in his honor. In January 2020, the Navy announced that it was building an aircraft carrier in his honor, a fitting tribute for the son of sharecroppers.

Dante R. Brizill is a social studies educator with 16 years of experience in Delaware and Maryland. He is a Hampton University graduate and the author of two books — “Dorie Miller: Greatness Under Fire” and “Red Ball Express: Greatness Under Fire.” Contact him at: dbrizill@icloud.com 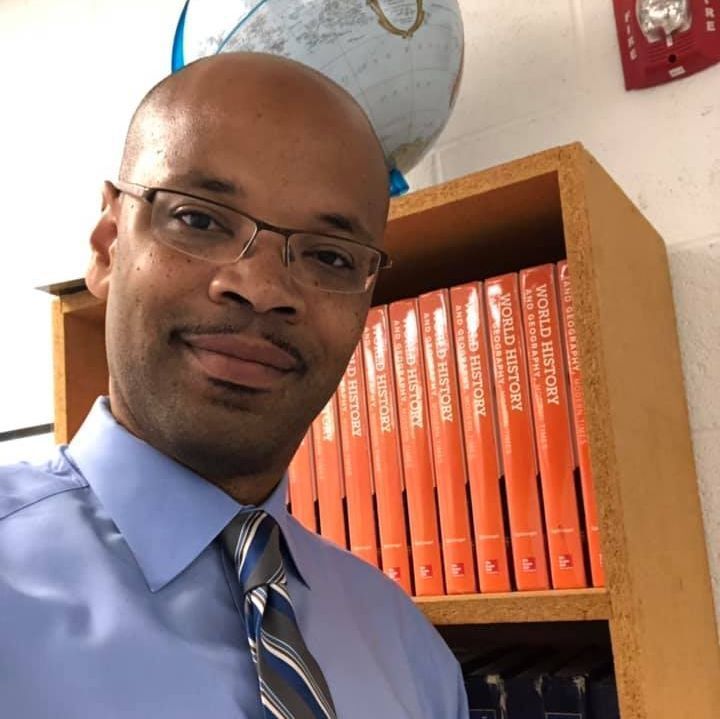