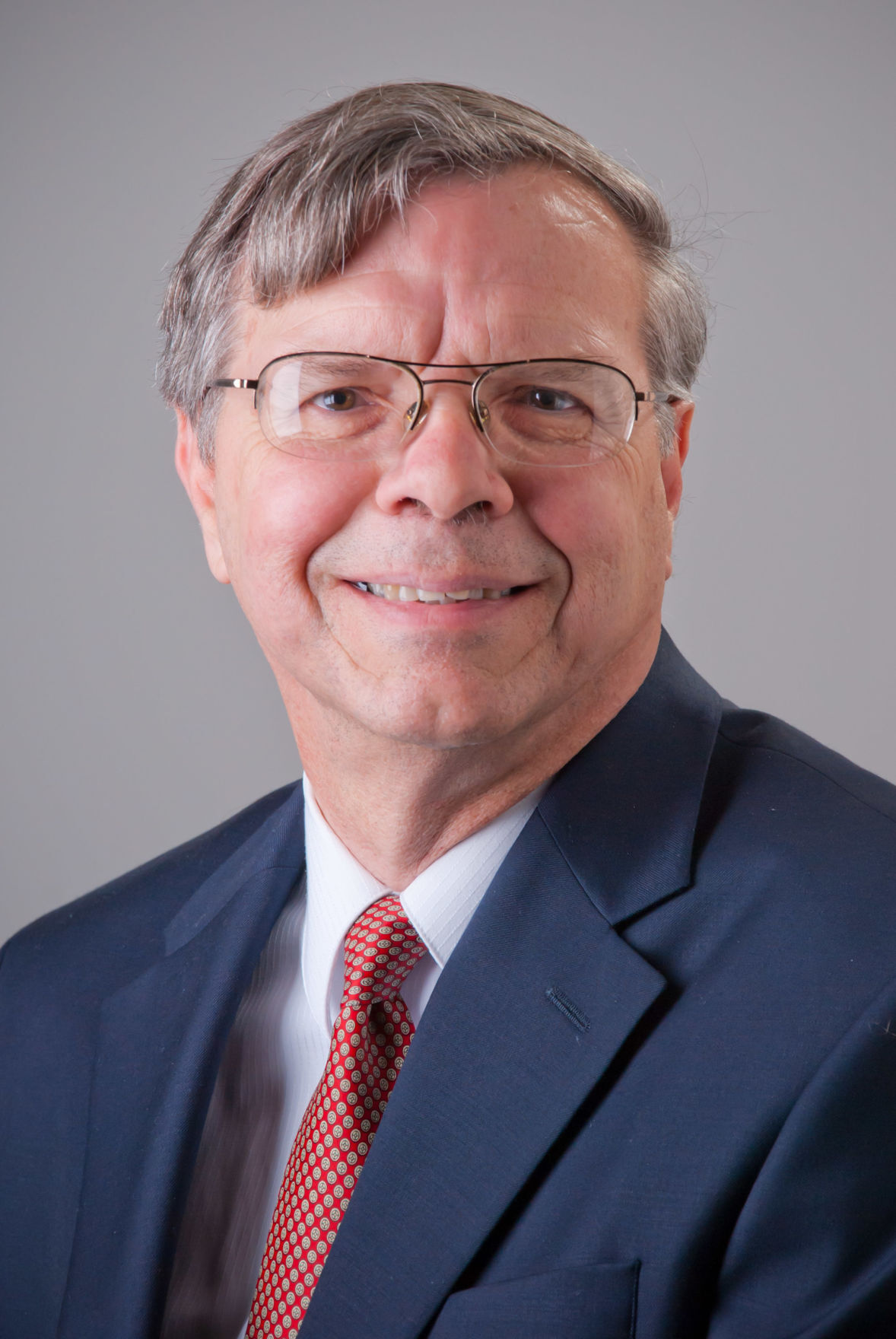 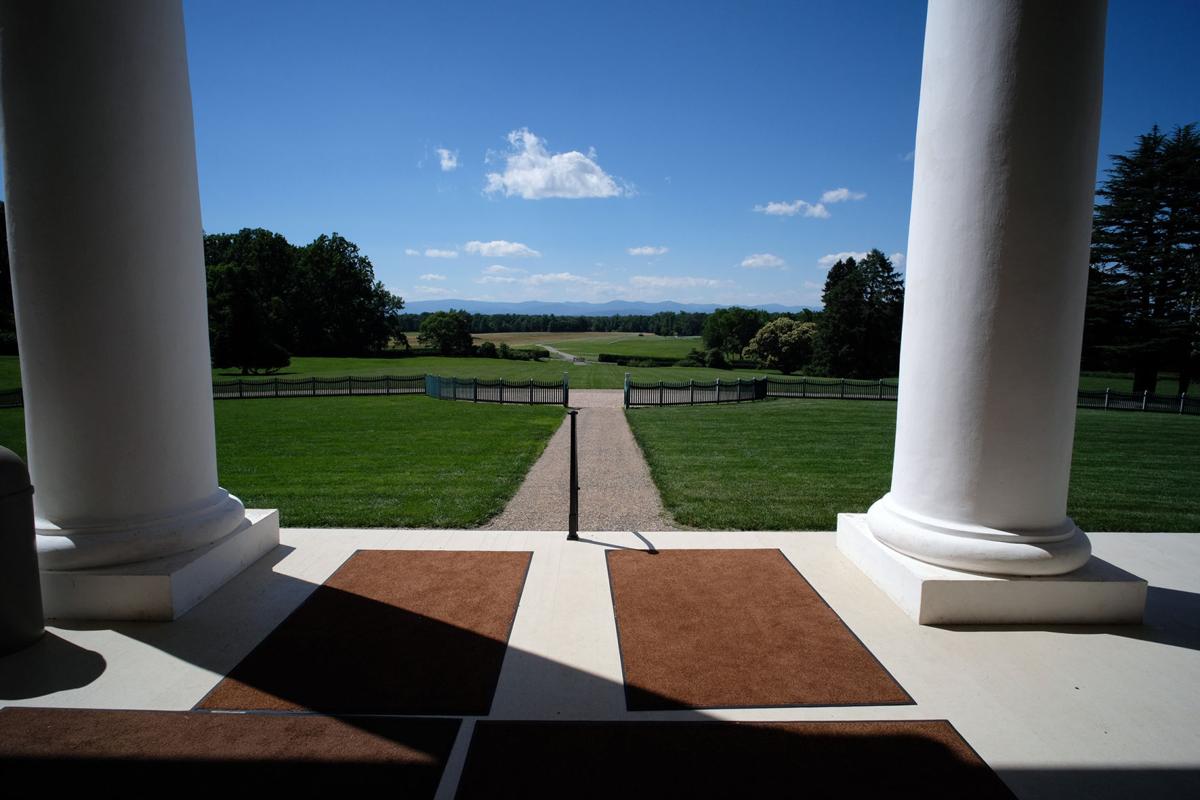 The view from the front porch of James Madison’s Montpelier as seen in February 2017, with the Blue Ridge Mountains in the distance.

Entwined with the current debate over the government’s handling of the pandemic is a very active national conversation about the health — even the defensibility — of the constitutional republic itself, as well as the respect owed to that republic and the founders who called it into being. The outcome of these debates and conversations will be consequential for all Americans, irrespective of whether they believe it is time to “redefine” the nation or believe that the United States remains an exceptional, even if not perfect, democracy.

While not every disagreement has to do with culture, those that are cultural in nature tend to be particularly consequential. Whether as reflected in hyperbolic campaign rhetoric or social justice protests, the fundamental divide in the United States today has to do with a disagreement about what constitutes a “healthy” way of life for Americans. This is heady stuff that, as we have seen too often in the past year, easily can lead to civil unrest and violence.

The culture-related disputes that are being played out in legislative chambers and on the streets will take time to resolve themselves, which is not the same as saying that the resolution inevitably will be beneficial. If the stakes are high for all Americans, they particularly are significant for young Americans who have the most to win or lose in this contest.

It should come as no surprise that surveys of young Americans reveal a general disposition to be sympathetic to the attacks on the founders and the “established” order, whether the reference be to the political or commercial order. Graphic and highly emotional descriptions of injustices, real or alleged, tend to elicit a more sympathetic hearing from young persons than appeals to “cold” reason — this is a function of human nature and something that must be taken seriously.

Persons who are responsible for the upbringing of young men and women should understand that accentuating the imperfections of social orders easily can erode respect for what might be quite decent, even if not perfect, communities (after all, imperfect and flawed beings are not likely to create perfect social orders even if they act with the best of intentions).

The progressivist thinking and policies that are so widely being marketed to younger Americans transparently are in tension with the principle of limited government so powerfully defended by leading founders such as James Madison, the person we call the “father” of the American Constitution. Significantly, the natural impulses and even the idealism of young Americans can be enlisted in the defense of the founders and the republic they left us.

There is an obvious response to the most popular iterations of “progressivism,” and the advancement of anti-foundationalist and “big government” solutions to social ills, that should resonate with young men and women. The founders’ defense of limited government arose out of their belief that to be legitimate a government not only must be based on the consent of the people, but it also must be committed to protecting their fundamental liberties.

Fundamental liberties were important to the founders because they were seen as intimately connected to human flourishing. It is the argument for human flourishing, giving people an opportunity to be all that they can be, that defenders of the republic should be selling to young Americans.

The commitment of the founders to human flourishing was real, and not simply a “noble deceit” peddled by their fans. Witness the assertion by Madison in Federalist Paper No. 10 that the first object of government is to protect people in the full exercise of their “faculties.” For his part, Alexander Hamilton, in his Report on Manufacturing, articulated a defense of an entrepreneurial order that allows “each individual to find [their] proper element” and that activates “the whole vigour (sic) of [their] nature.”

There is no reason to believe that Madison and Hamilton did not mean what they said — they clearly believed that a defensible republic takes care of the most important affairs of the people by calling forth their voluntary talents and unleashing their natural desire to be “somebody” or to feel consequential.

Getting younger Americans to see the connection between human flourishing on the one hand, and the protection of fundamental liberties and limited government on the other, will require an appeal to reason. That appeal likely is to be most effective if it plays on the natural attraction to being all that one can be, that is, the desire to flourish as a human being.

While the passions have a strong hold on the young, engagement in calculative or reasoned behavior is not entirely foreign to them. Acquiring “street smarts” requires at least some level of calculation, and young people constantly look for creative ways to satisfy personal interests or desires. They understand that some ways of doing things are more likely to produce beneficial results than other ways.

Additionally, connecting the protection of fundamental liberties with limited government, and then both of these with human flourishing, should make it possible to open up a conversation with young Americans about the difference between simple-minded and rational self-government, shallow rhetoric and rational deliberation, impetuous and rational voting, between the unrestrained pursuit of any and all lifestyles, and the thoughtful pursuit of “rational dignity” (Madison’s words — his goal was not to establish any kind of democracy, but a democracy worthy of rational beings).

By any measure, the American republic remains an exceptional experiment in Democratic-Republican government. A beneficial resolution of the culture war might well depend on getting young Americans to seriously compare alternative models for human flourishing with the republic of the founders — a comparison that should be welcomed by partisans of the American constitutional republic.

David Marion is Elliott Professor Emeritus of Government and Foreign Affairs, and a faculty fellow of the Center for Leadership in the Public Interest at Hampden-Sydney College. Contact him at: damarion@hsc.edu

Lori Haas and Taikein Cooper column: Virginia voters have a stark choice when it comes to stopping gun violence

By Lori Haas and Taikein Cooper

I tried to resist the billionaires’ space race.

The view from the front porch of James Madison’s Montpelier as seen in February 2017, with the Blue Ridge Mountains in the distance.