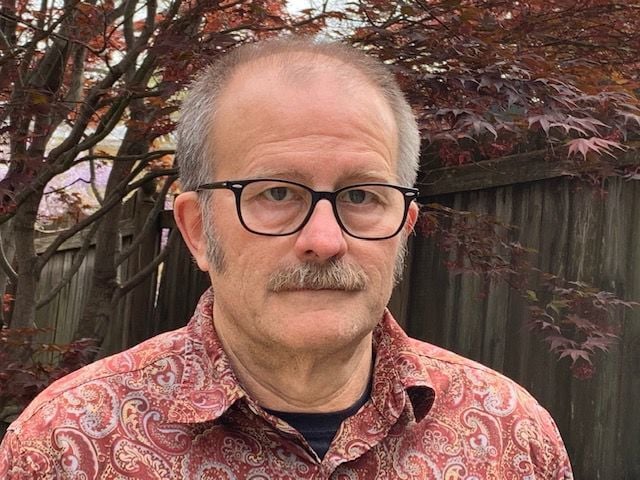 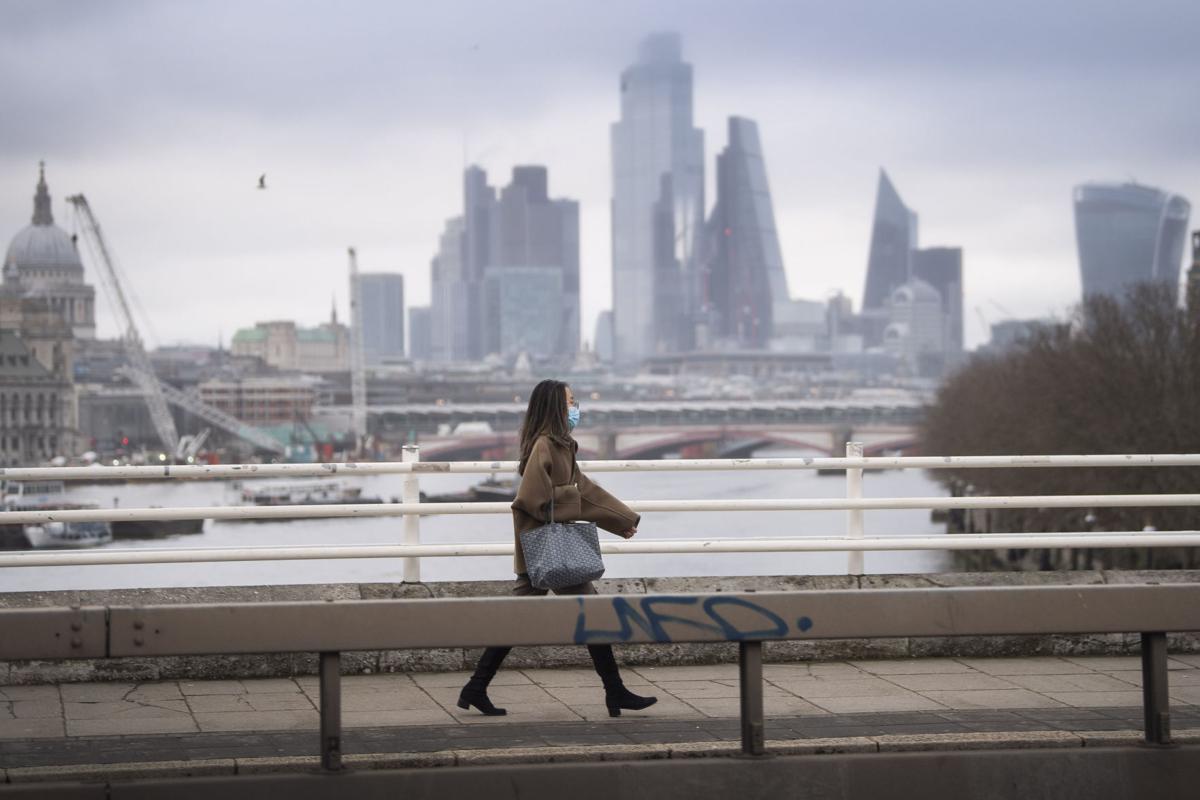 A woman wearing a face mask walked over an empty Waterloo Bridge in central London. England is in its third national lockdown to curb the spread of the coronavirus.

Vaccines for the coronavirus are being administered, so the year dawns with reason for optimism. Nonetheless, a long winter with the pandemic looms. The bubonic plague, both in its grim historical reality and in literary portrayals of it, offers lessons as COVID-19 gradually is vanquished.

The bubonic plague’s brutality long has fired the historical imagination; moreover, its tendency to fade, lurk in shadow, then re-emerge without warning has made it grist for the metaphorical mill, an analogue for the paroxysms of self-destruction punctuating human experience. Daniel Defoe in “A Journal of the Plague Year” offered a fictionalized account of London’s epidemic in 1665-66. Albert Camus described a fictional yet plausible outbreak in “The Plague,” his novel set in Oran, Algeria, around 1940.

These historical, fictionalized and fictional plagues share a theme that speaks to this moment: a deadlier winter. In colder months, the plague bacillus assumes a pneumonic form that attacks the respiratory system. This variant is more lethal and, like the coronavirus, can spread through exhaled droplets. A parallel with the more virulent mutation of coronavirus now spreading is not difficult to draw.

A second commonality links historical plague and literary plague. Socioeconomic standing shaped the individual’s experience of it. When the Black Death ravaged medieval Europe, the affluent fled its advance and sought isolation, a reality given literary expression in Giovanni Boccaccio’s “The Decameron.” In Camus’ city, flight was forestalled by its closure to the outside world, but the well-heeled exploited a black market for food while the poor suffered.

Defoe’s depiction of these disparate experiences is poignant. When London’s wealthy decamped for the countryside, their servants were left to fend for themselves. Furthermore, the plague’s economic carnage made others jobless. The specter of want compelled the poor to become “front-line workers.” They nursed the sick, guarded quarantined homes, accompanied the ill to pesthouses and carted corpses to the cemetery. Defoe made a disquieting observation: Grievous mortality among these “front-liners” likely enabled the public authorities to stave off starvation in London. Defoe indeed commended the government for scrambling to provide for vulnerable citizens. Calculated, compassionless dithering was not deemed an option.

Camus paints a plausible scenario that especially is relevant now. His narrator — a physician treating victims — was struck by the outbreak’s monotony. Plague was not a tsunami but a gradually rising tide. After the medieval Black Death’s savage death toll, the plague became progressively less lethal and more localized; pandemic gave way to regional epidemic. The enervating duration of Camus’ Algerian outbreak lulled even medical professionals into laxity regarding hygienic precautions, this despite a half-century-old scientific understanding of the plague bacillus.

Defoe’s 17th-century conception of how to combat plague indeed indicts as folly attitudes arising during the coronavirus pandemic. London’s outbreak inspired the usual superstitious reactions. Prophecies, astrological maundering, fortune-telling and “old wives’ tales” proliferated. Ministers and street preachers sermonized apocalyptically. Quacks hawked “cures.” Defoe’s narrator scoffed at this irrationality, yet, as a person of his age, he confessed to being affected by the interpretation of a comet in hindsight as harbinger of the plague. However, his credulity was tempered by belief that the heavens’ movements are explicable according to “natural causes,” by human observation and reason.

Nor did Defoe’s narrator let superstition or falsehoods mar his judgment of how best to contain the epidemic. Antonie von Leeuwenhoek’s revelation of bacteria to the world was beyond the narrator’s horizon, yet he sees no contradiction between plague as sign of divine displeasure and the operation of disease by “natural causes.” He, consequently, accepts the cruel efficacy of “shutting up” plague-stricken households, the need to regulate taverns, alehouses and coffee shops, and the wisdom of speedily interring corpses. The narrator in fact understood asymptomatic transmission of disease. The scientific revolution informed Defoe’s worldview.

As the coronavirus winter proceeds, what lessons can be drawn from the plague, whether historical or literary? Perhaps an appeal to our better angels is the most profound message. Defoe’s narrator dismissed as unfounded rumor a claim that plague-stricken people maliciously infected others. He refused to acknowledge such perversity. What would Defoe have made of unmasked, nonsocially distanced superspreader events during the present pandemic? Camus’ physician-narrator retained a positive view of humanity, a sense that people are more admirable than despicable. Vice’s wellspring is an ignorance on which the individual chooses to act. During the coming months, it would behoove us to prove Defoe and Camus right. Many brave fellow citizens, whether motivated by economic necessity, professional calling or radical altruism, are protecting and providing for the rest of us. Following the science and doing everything possible to reduce the virus’ spread are minimal expressions of gratitude. Compassion and adequate material aid to those immiserated by the pandemic are not much to ask either.

The Black Death disordered medieval society and helped usher in early modernity. Camus’ physician-narrator observed in Oran a quiet awareness that the plague was a turning point, a sense that a “new order” would emerge after it, that the old dispensation would not return. Whether the coronavirus will reforge American society is an open question; however, our conduct during the coronavirus winter surely will influence whatever comes afterward.

David Routt, Ph.D., taught ancient, modern and early modern European history at Virginia Commonwealth University from 2001 to 2003 and at the University Richmond from 2003 to 2016. Contact him at: droutt7@gmail.com

Eileen Filler-Corn and Schuyler VanValkenburg column: We must get kids back in school safely

By Eileen Filler-Corn and Schuyler VanValkenburg

I like to think that I grew up in a technicolor movie in Big Stone Gap. Join me as I take you back home to the 1970s. We call this backstory i…

By Ana Cortez and Dhwani Sahjwani

Forty-four percent of Virginia’s children were not ready in literacy, math or social skills when they entered kindergarten in 2019.

“When you put your life on the line for other people, you become a hero & one day I truly wanna be someones hero like you are mine!” a gir…

Having lived in Richmond nearly 35 years, I cannot tell you how many times I have flown in and out of the city’s airport. On incoming flights,…

A woman wearing a face mask walked over an empty Waterloo Bridge in central London. England is in its third national lockdown to curb the spread of the coronavirus.