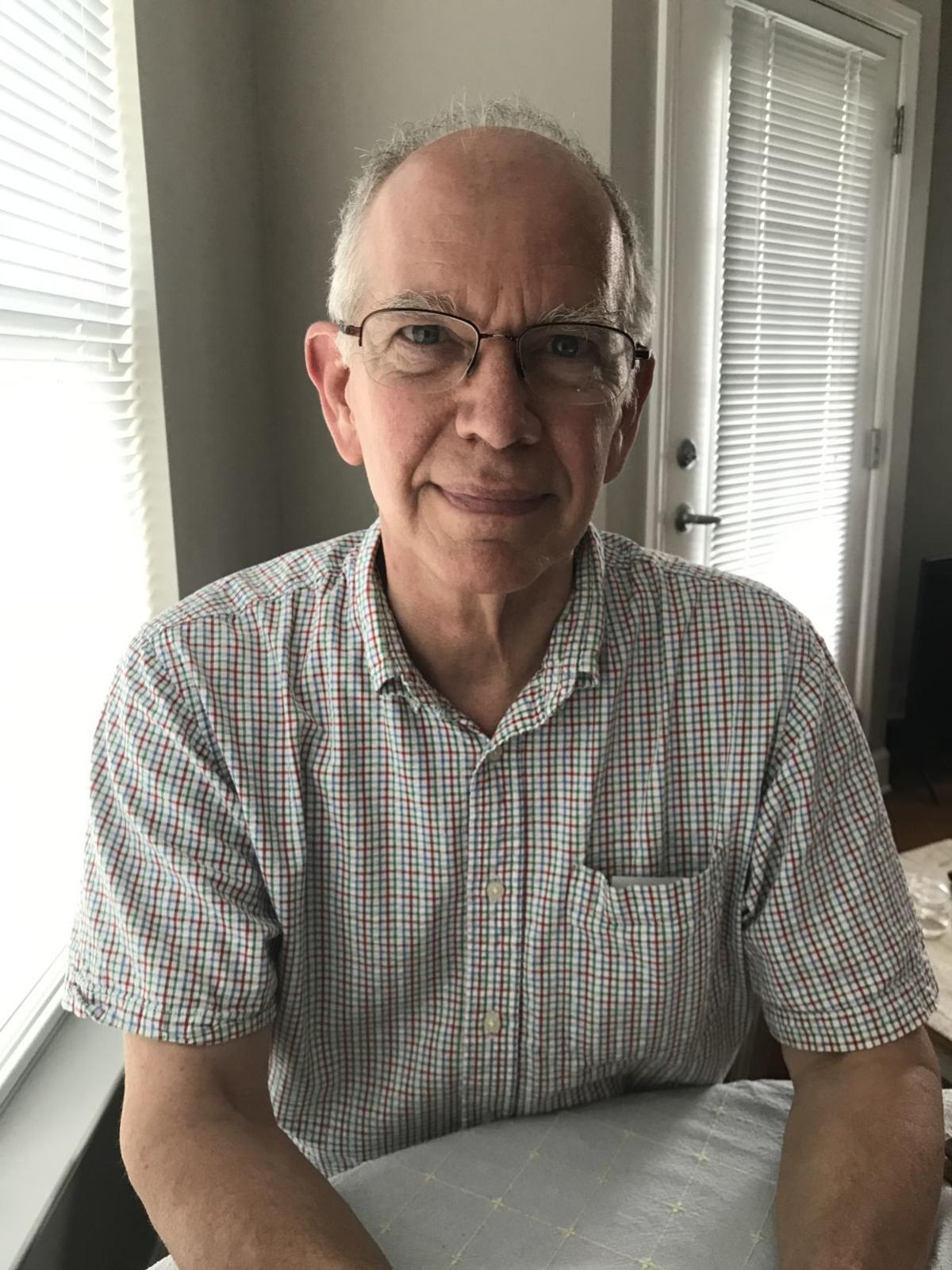 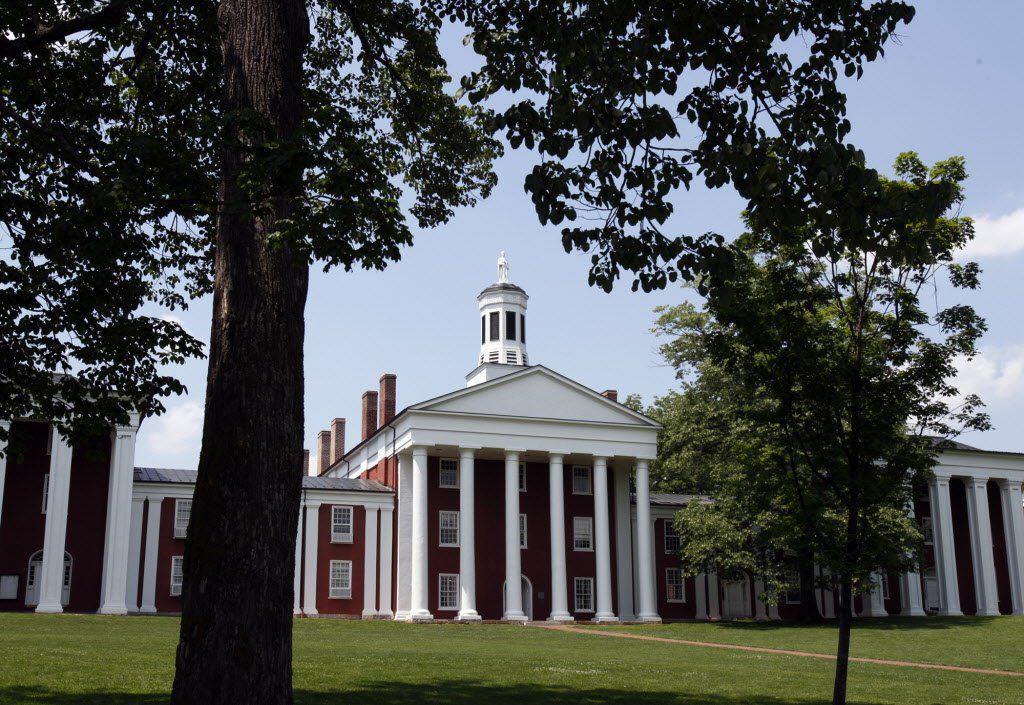 The colonnade at Washington and Lee University in Lexington.

“It’s time to let him go,” my colleague Toni Locy wrote regarding Robert E. Lee a few weeks ago in The Nation, arguing that our beloved Washington and Lee University should change its name. She isn’t alone. Our department of journalism and mass communications has issued a statement calling on the board of trustees to change the university’s name. A resolution signed by at least 150 faculty members asks the administration to remove all uncritical references to the Confederacy, starting with “Lee” in W&L’s “official designation.” Student government sent a letter to the board supporting the idea.

I signed on to the department’s statement, in solidarity with my department and after a healthy online discussion. But I am waiting for this effort to get real by taking up the far more difficult question: What would the university’s name be without “Lee”?

Changing the name of an institution is painful on several levels. One level simply is unconscious identity, like the first look in the mirror after you’ve had your jug ears surgically pinned back. When they changed the name of my first college from Florida Presbyterian College to Eckerd College, in response to a huge donation by the drugstore mogul, we who already had left winced a little, laughed at the new name and then let it go. But that was for a college that only was 12 years old, not 270; and the underlying issue was not a matter of fierce controversy and historical symbolism.

Changing W&L’s name would be a lot harder than changing the name of my church, the historic Episcopal church on the edge of campus that was called R.E. Lee Memorial Church until September 2017. It had been called Grace Episcopal Church for more than 50 years, including during Lee’s tenure, giving us a lovely name to restore. Lee would have approved.

If faculty and students at W&L are serious about getting Lee out, it’s time to begin the difficult work of debating a new name. Our church would have failed to make the change had it not offered a new name (which, fortunately, also was a former name).

“Washington” has problems, besides the confusion with other Washington campuses. Professor Brandon Hasbrouck, with support from the two other permanent Black faculty at W&L Law, emailed a lengthy argument criticizing the “white faculty” for wanting only to remove the name of one famous slaveholder but not the other. The mystic bonds between Gens. Washington and Lee are hard to break; Lee modeled his own values, behavior and reputation on Washington (who also turned against his former commanders) and Lee married Martha Washington’s great-granddaughter, Mary Custis (who brought a plantation of slaves into the family).

A name change would be nothing new for W&L, if the institution is looking at tradition and precedent. It first was Augusta Academy, then Liberty Hall Academy, then Washington College or variations of those, and since 1870, Washington and Lee University. Some of the most distinguished university names come from their location, where the location was obscure enough for the university to fill the word with gravitas: Oxford, Cambridge, Princeton.

My wife, Libby, and I have been thinking about this problem. “Lexington” won’t do, because Virginia, like most Eastern states, adopted the name in celebration of the original in Massachusetts. So an idea came to Libby, which she shouted from two rooms away, “I’ve got it!” The county we’re in: Rockbridge.

If you live here, the name is too familiar. It smacks of rolling hills of cows and “Trump-Pence” signs. My brother-in-law, a 1977 W&L alumnus who wouldn’t mind getting rid of “Lee,” negatively reacted, saying “Rockbridge University” sounds like a community college. But to the outside world — waiting for this fine historical university to fill it with meaning over the coming decades — “Rockbridge” can denote rock (solid) and bridge (to the Futuri, in our Latin motto).

Rockbridge County is named for a magnificent rock formation called The Natural Bridge, a geological wonder that George Washington surveyed (the “G.W.” that is carved in the rock face is said to be his) and Thomas Jefferson owned. In his “Notes on the State of Virginia,” Jefferson called it “the most sublime of Nature’s work.”

So there you have it: Rockbridge University. I’m ready to support a name change by offering this one. Let’s not make this a discussion about Robert E. Lee, which is an interesting and morally laden debate — but an endless one. If we’re serious, let’s move to the next step and find a compromise that leads to real action and real change, even if it is in the realm of symbols.

After decades of the topics of alien life forms and unidentified flying objects (UFOs) being primarily relegated to science fiction, these iss…

Ammar Amonette and Michael Knopf: A call for justice and peace in Israel and Palestine from an imam and a rabbi

By Ammar Amonette and Michael Knopf

The colonnade at Washington and Lee University in Lexington.