H. Graham Woodlief column: Memories of the First Thanksgiving
0 Comments
Share this
1 of 2 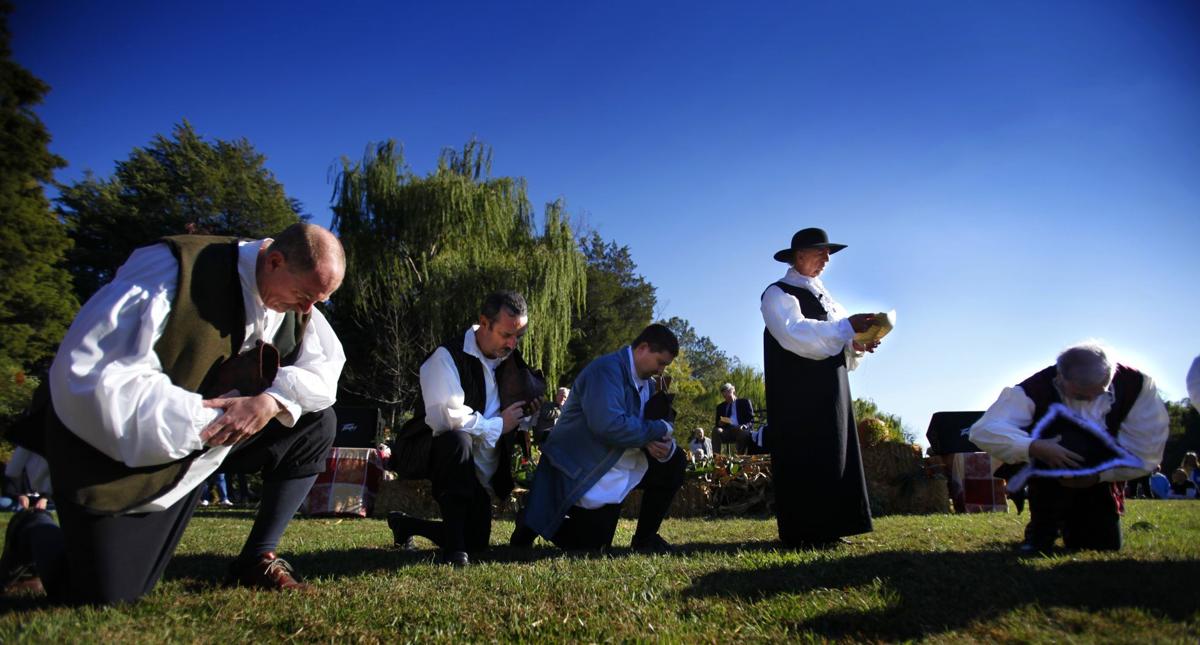 A re-enactment of Virginia’s first Thanksgiving, at Berkeley Plantation in Charles City County. 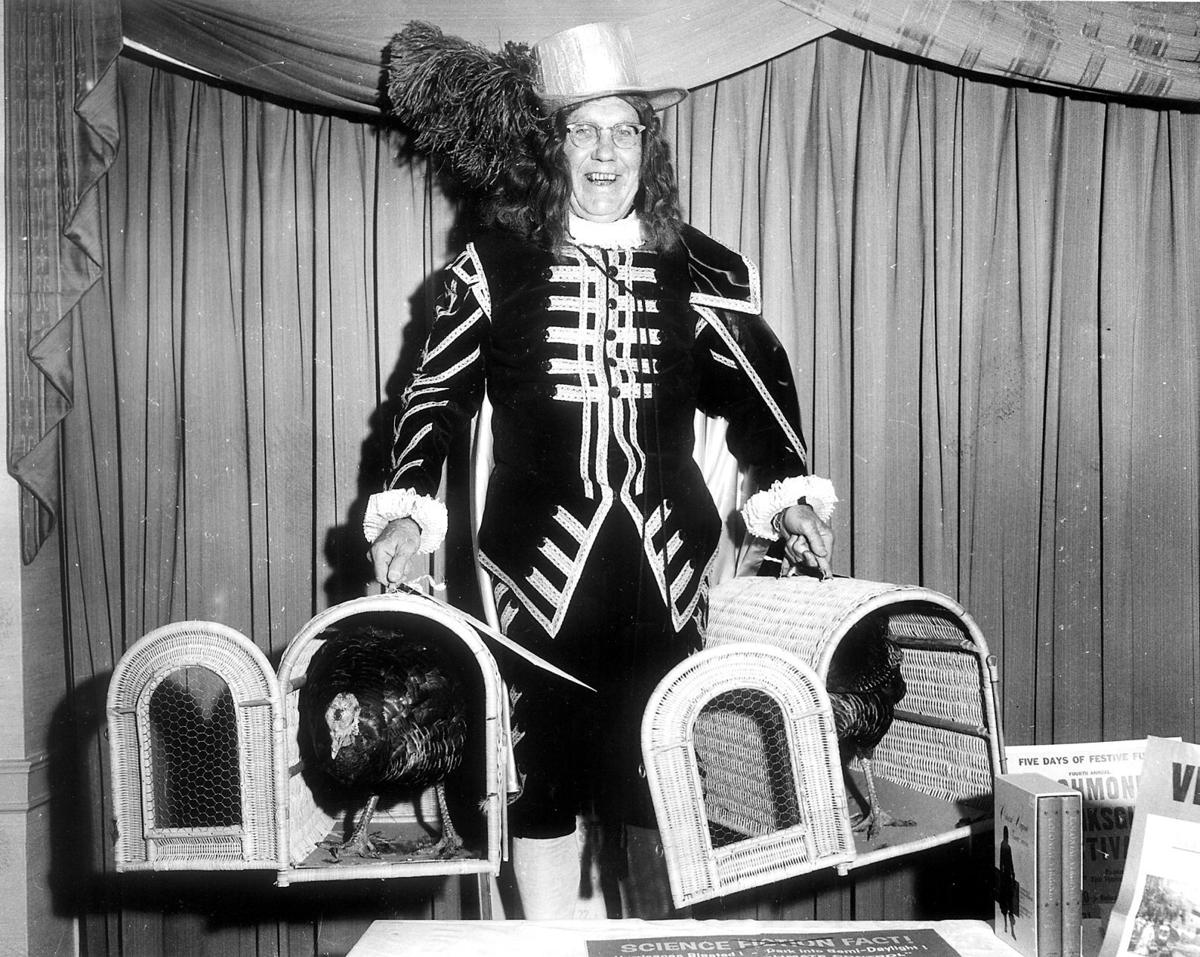 In November 1961, Virginia state Sen. John J. Wicker dressed as a colonist and, having flown to Boston, presented the governor of Massachusetts with documents — and live turkeys — to make the case that Virginia held the first Thanksgiving in 1619.

As a young man, I often received correspondence from Dr. Fred Woodlief, a dentist on Chamberlayne Avenue in Richmond. He was involved in the Woodlief Family Association and made me aware that an ancestor of ours, Captain John Woodlief, led an expedition to the New World in 1619 and held the first English Thanksgiving in America on Dec. 4 of that year.

This historic Thanksgiving service was held on Virginia soil at what now is Berkeley Plantation, in Charles City County, along the James River. In his book “The Great Plantation,” Clifford Dowdy stated “when the ship arrived, they rowed ashore, placed their possessions on the hard ground, surveyed the woods surrounding them, listened in complete silence and gave a prayer of Thanksgiving.” As instructed by the Berkeley Company in England, they were told to give this prayer and to do so annually and perpetually.

In 1931, Lyon Tyler, president of the College of William & Mary and son of former President John Tyler, discovered papers that chronicled Captain Woodlief’s voyage to the New World, including the proclamation that ordered the settlers to give thanks upon their safe arrival to Virginia. (These documents, known as the Nibley papers, today reside in the New York Public Library.)

Tyler, a columnist for the Richmond News Leader, wrote a column about his find titled “First Thanksgiving in America Was Decreed for Town of Berkeley on James.” Excited about his discovery, Tyler told his neighbor, Malcolm “Mac” Jamieson, owner of Berkeley Plantation, of this historic event that occurred on his property more than 300 years earlier.

Knowing how important this discovery was, Jamieson invited the Woodlief family to his plantation in 1956 to celebrate the historic event involving their ancestor. A monument had been erected honoring the first Thanksgiving and Captain Woodlief, as the first governor of Berkeley Hundred (the original name for Berkeley Plantation). In 1958, the Virginia Thanksgiving Festival (originally the Richmond Thanksgiving Festival) was formed.

There was much publicity during the early years, including articles in The Times-Dispatch and the afternoon News Leader. Cartoons by Fred O. Seibel and Chick Larsen called attention to Virginia holding claim to the first Thanksgiving. Miller & Rhoads, the Richmond department store, ran full-page ads annually recognizing the historic event.

There also was a football game each fall between William & Mary and the University of Richmond — it was known as the Turkey Bowl and gave credit to the Berkeley Thanksgiving. The Saturday Evening Post magazine even carried an article about the first Thanksgiving, in its November 1958 edition, written by Times-Dispatch Editor Virginius Dabney.

The state of Virginia took notice of all of this, especially a former state senator, lobbyist, Richmond lawyer and Democratic Party notable named John J. Wicker Jr. He was one of the founders of the Virginia Thanksgiving Festival and was its honorary chairman; he also was listed as general counsel for its board of directors.

Wicker, who was adamant about defending Virginia’s claim to the first Thanksgiving, was prone to flourishes. He had a high-pitched, almost squeaky voice and wore a bizarre toupee — and according to a News Leader column, he carried “the biggest walking stick of any able-bodied man we know.”

On Nov. 2, 1961, Wicker led a delegation, representing Virginia Gov. J. Lindsay Almond and Richmond Mayor Claude W. Woodward, to Boston. It is said that Wicker carried caged live turkeys under each arm as he boarded the state plane.

In Boston, he was clad in Colonial costume as he climbed Beacon Hill to tell Gov. John A. Volpe that a Thanksgiving service was conducted in Virginia more than a year before the Plymouth Pilgrims reached Massachusetts. Wicker presented the governor with a turkey and a proclamation supporting Virginia’s claim to the “official” first Thanksgiving in English-speaking America.

Volpe countered with references from encyclopedias and history books citing that the American tradition of Thanksgiving stemmed from the 1621 harvest feast in Plymouth. The Virginians then left for Plymouth, with a turkey for the chairman of the Plymouth Board of Selectmen, as the delegation called attention to the historic Virginia event.

In 1962, President John F. Kennedy issued the nation’s Thanksgiving Proclamation, giving full credit to his home state of Massachusetts. On Nov. 9, Wicker sent a telegram to Kennedy, taking issue with his claim. Three weeks later, Wicker received a letter from Arthur Schlesinger, special assistant to the president, offering an apology.

“I can only plead an unconquerable New England bias on the part of the White House staff,” Schlesinger wrote, saying the error would not be repeated. In Kennedy’s 1963 Thanksgiving Proclamation, Virginia and Massachusetts were recognized, with Virginia first.

In 1964, Wicker also took issue with This Week magazine, a widely distributed Sunday newspaper supplement. Two stories gave credit to Massachusetts and Virginia, separately, but the magazine featured Plymouth as its cover story and gave little attention to Virginia. The New York publisher told Wicker it would try to set the record straight in future articles.

Today, we still are setting the record straight. We hold the Virginia Thanksgiving Festival the first Sunday in November. At the event, we re-enact the landing and the prayerful Thanksgiving service, as we have since 1958 and as was ordered in the original proclamation from the Berkeley Company in England in 1619. It is a wonderful day for families to enjoy Colonial games and activities, and to see the costumed re-enactment of the first English Thanksgiving.

This historic event has been recognized by presidents, governors and state lawmakers. Remember this important holiday to your family, and let them know what the true meaning of Thanksgiving is. And remember those settlers who risked their lives to allow us to have the freedoms we enjoy today.

As the late Gov. Gerald Baliles once said in closing a speech at a Virginia Thanksgiving Festival at Berkeley: “Let us not allow Virginia’s fist Thanksgiving to languish in the midst of time. It could, should and ought to be the gift of history that never stops giving!”

H. Graham Woodlief is the president of Virginia Thanksgiving Festival and a descendant of Captain John Woodlief. Contact him at: gwoodlief@gmail.com

New administrations always take some time to figure out how Richmond operates. But when it comes to education — a key part of the new governor…

Being born and raised in Rockbridge County, whenever there’s a discussion about issues facing rural Virginia, it’s hard not to recall my own u…

Hal Taussig column: A new edition of the Bible, with 20,000 revisions, should spark 20,000 thoughtful conversations

Over the past few years, an increasing number of school systems across the United States have been hacked. In Virginia, school divisions in Fa…

A re-enactment of Virginia’s first Thanksgiving, at Berkeley Plantation in Charles City County.

In November 1961, Virginia state Sen. John J. Wicker dressed as a colonist and, having flown to Boston, presented the governor of Massachusetts with documents — and live turkeys — to make the case that Virginia held the first Thanksgiving in 1619. 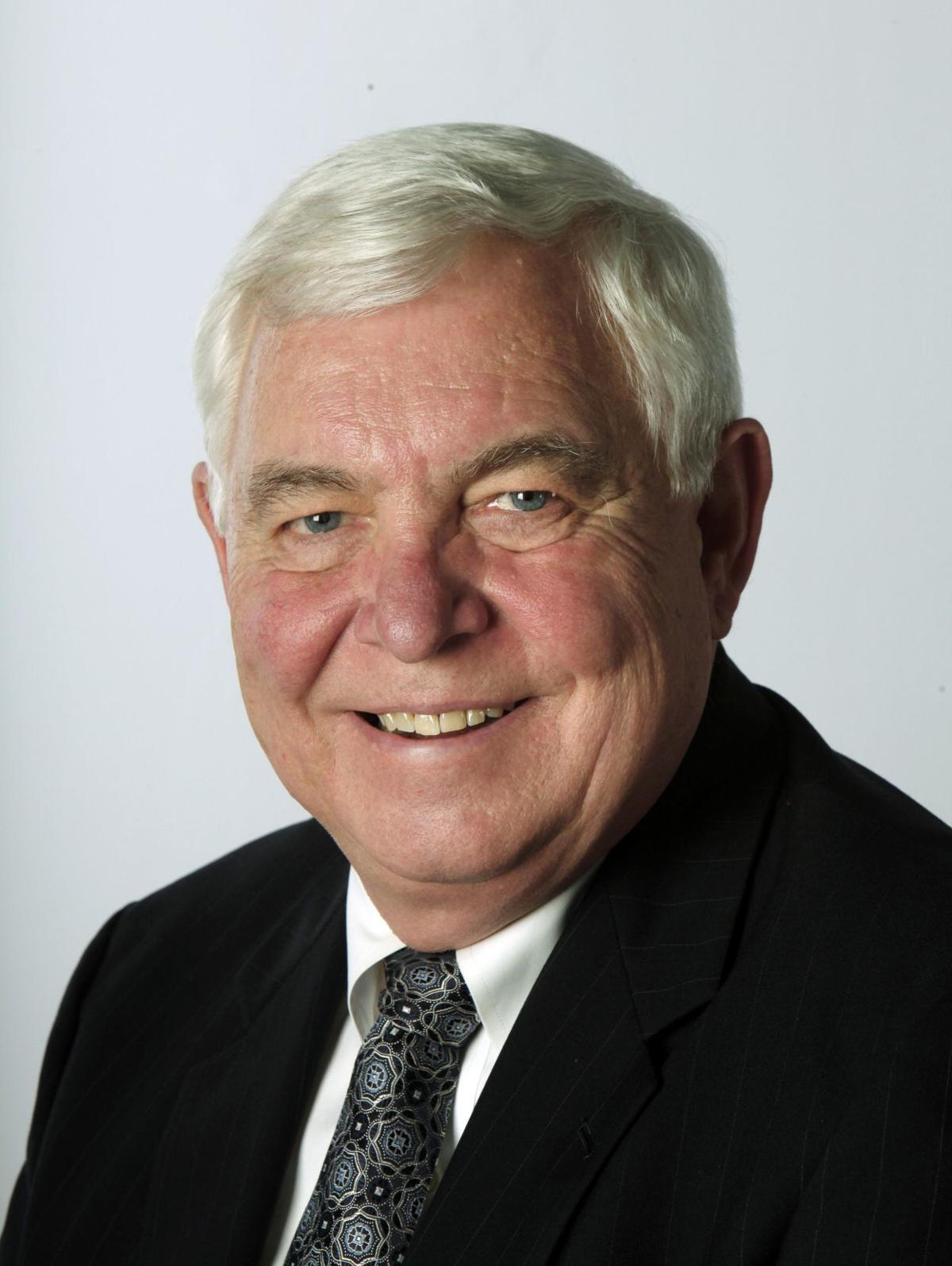