Teel: 'It's playoff time' for JMU, but what about Richmond? 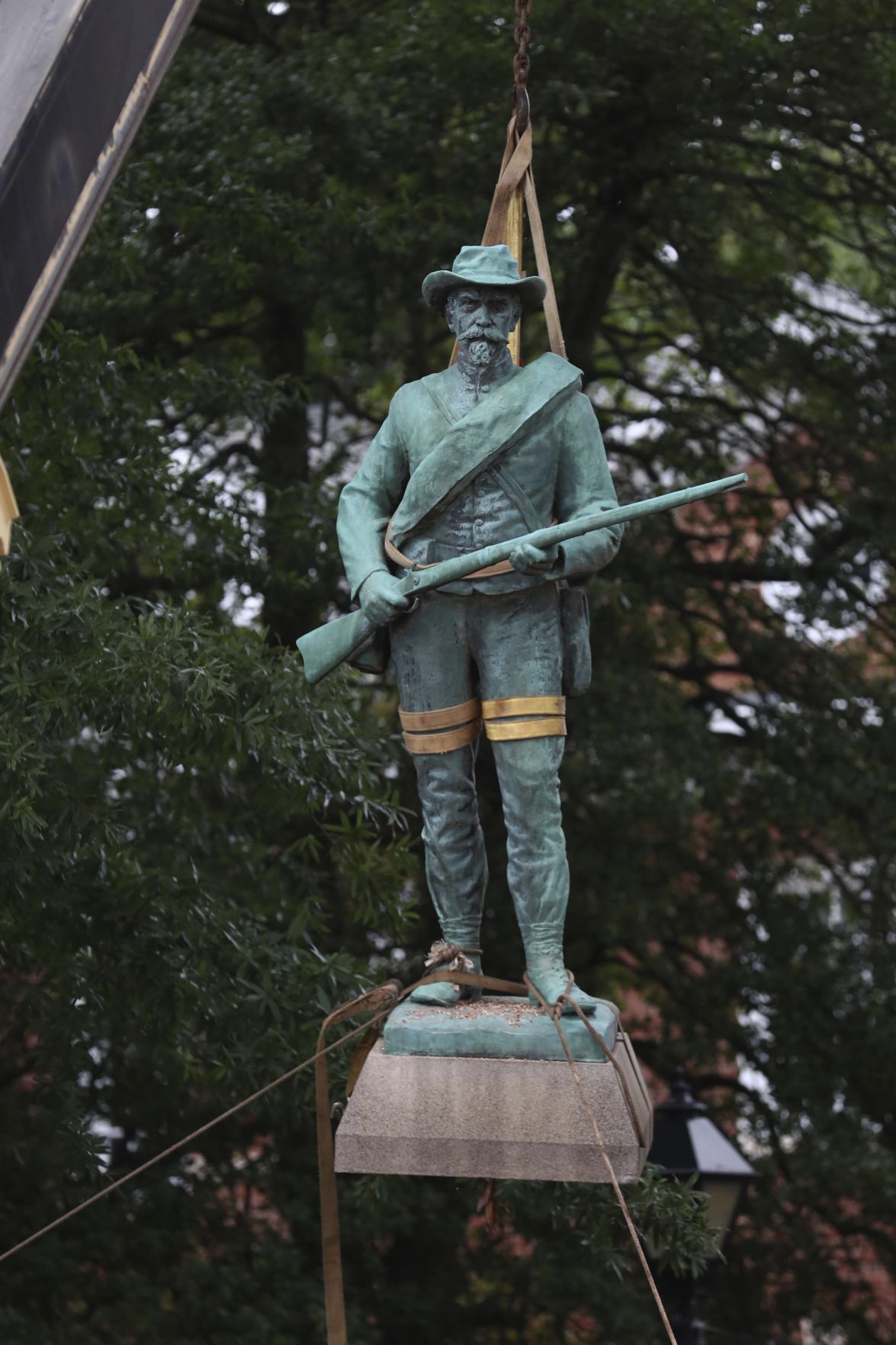 In September, a bronze statue of a Confederate soldier nicknamed “Johnny Reb” was removed outside of the Albemarle County Courthouse in Charlottesville. 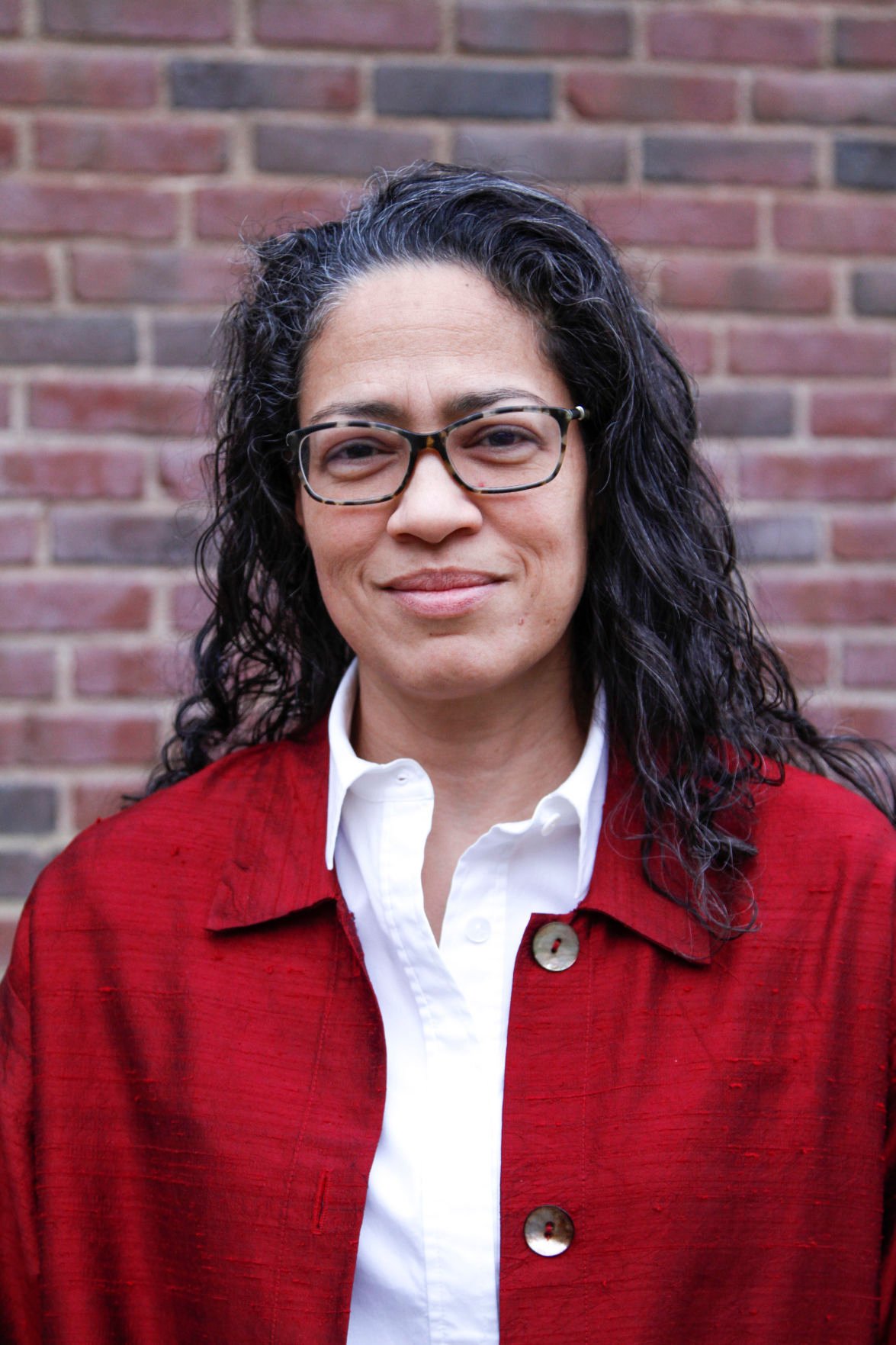 Charlottesville is rejoicing at the recent removal of “Johnny Reb,” a mass-produced cast bronze life-size Confederate soldier statue that guarded Virginia’s Albemarle County courthouse for 111 years. A gleeful crowd of more than 100 COVID-masked townspeople, some wearing Union soldier kepi hats for the occasion, cheered from the sidewalk.

But for some Charlottesville residents, satisfaction and relief about the departure of this Confederate icon are tempered by a concern that faces many communities where statues are slated for removal: Where and how should we ethically dispose of our racist toxic waste?

A commonly suggested solution — “Put them in a museum” — collides with a practical obstacle: Few reputable museums want these century-old emblems of exclusion, or have the space and resources to responsibly curate them. Measures such as Budapest’s Memento Park, a graveyard for Soviet-era monuments, require a lot of land. Removing monuments from public view — in Richmond, the former capital of the Confederacy, the deposed rulers of Monument Avenue have been exiled to the city’s sewage treatment plant — relegates them to moral stasis. Some newly “woke” civic leaders, however, are committing moral blunders, as their recently embraced conviction outpaces their ethical consideration. (The University of North Carolina at Chapel Hill approved the release of that campus’ “Silent Sam” Confederate soldier statue to a “heritage” organization that had devolved into a biker gang.) As supply outstrips demand, some irresponsible sellers are washing their hands of toxic statuary by dumping them on reactionary provinces.

This prompts several questions: Which community’s Black children should be consigned to live in an environment contaminated by another town’s castoff Lost Cause consolation prize and question their worth in the eyes of residents who sought to acquire it? For that matter, which white children should be exposed to a dated emblem of a false historical account that diminishes Black humanity? Who in the 21st century should inherit 20th-century Jim Crow relics that laud the defenders of a 19th-century slave society?

The Albemarle County Board of Supervisors (an all-white elected body) determined the outcome of these moral dilemmas as it reviewed offers from organizations that wished to adopt the county courthouse’s spurned green patinaed sentry.

Evaluating the range from bad to worse applicants — there was the plantation where police had discovered a meth lab, or the two groups whose members had marched in the deadly August 2017 white supremacist Unite the Right rally in Charlottesville — the Albemarle County Board of Supervisors voted to dispatch Johnny Reb over the Blue Ridge Mountains to the west of Charlottesville to the Shenandoah Valley Battlefields Foundation (SVBF). Closer inspection by online sleuths, however, revealed troubling aspects about SVBF: Its interpretation appears to disproportionately lean Confederate (indeed, the truck that carried Johnny Reb away featured a Bonnie Blue Flag sticker but no Union emblems); the SVBF allows neo-Confederate groups to present their discredited versions of history at its sites; and the SVBF nearly ignores the substantial history of the U.S. Colored Troops who fought in the Shenandoah Valley. When the all-white SVBF sought Virginia General Assembly funds for its thin proposal for an African American history center, it did not consult any African Americans.

The Albemarle County Board of Supervisors and the SVBF signed a memorandum of understanding that stated that “the monument will be dedicated to those men who fought and died for Virginia on the particular field of battle ... [and] re-dedicated as ‘The Virginia Monument.’” Both parties apparently concur on a central tenet of Lost Cause ideology: the false notion that the Confederacy did not fight the Civil War to maintain and extend slavery, but rather waged the battle, “for Virginia,” as a justifiable defense of the homeland against federal encroachment.

The assertion that Confederates fought “for Virginia” is painful to Black Virginians. In Albemarle County at the time of the Civil War, 52% of residents were enslaved and 2% were free Blacks. So, the Albemarle County Board of Supervisors’ shameful definition of “for Virginia” excluded the majority of its own locality’s Civil War population. For Black Virginians, this is a reduction from even our usual historical indignity of being considered only three-fifths of a person.

In the post-Reconstruction era of the late 19th century when Confederate statues began to metastasize, national reunion was predicated on white Northerners’ acquiescence to white Southerners’ machinations to reverse African American gains and establish a Jim Crow apartheid state. Present-day Confederate detritus disposal should not traffic in civic leaders’ collusion with poisonous Lost Cause talking points that threaten everyone with moral pollution.

Jalane Schmidt is an associate professor of religious studies and a faculty affiliate of the University of Virginia Democracy Initiative’s Memory Project. Contact her at: memoryproject@virginia.edu

Finding peace has been elusive in the days leading to this somber date in Virginia’s history.

In September, a bronze statue of a Confederate soldier nicknamed “Johnny Reb” was removed outside of the Albemarle County Courthouse in Charlottesville.