John A. Ragosta column: What would Jefferson say about religious exemptions from vaccines?
0 Comments
Share this
By John A. Ragosta

I recently fielded a complaint from an alumnus upset that the University of Virginia, Thomas Jefferson’s university, was not more accommodating in allowing people to avoid the COVID-19 vaccine based on a religious exemption.

Jefferson was a great defender of religious liberty, and no American was more important in providing a foundation for American religious freedom. But he was clear that there is no need for government to provide any religious exemption to an “impartial” (what the Supreme Court would call “neutral”) law intended to protect “peace and good order.”

Jefferson gave an example: During a war, a government forbids slaughter of lambs (to encourage meat/wool production). Could someone claim an exemption for a religious ceremony (obviously thinking of Jewish Passover)? No, is Jefferson’s emphatic answer. If the government banned Jews from slaughtering lambs or banned their slaughter for religious purposes, that is not an “impartial” regulation and would violate religious freedom — but a law neutral as to religion is enforceable regardless of individual beliefs.

James Madison said the same. He supported “immunity of Religion from Civil Jurisdiction, in every case where it does not trespass on private rights or the public peace,” but laws protecting public peace (including health and safety) cannot be avoided on religious grounds. John Leland, an 18th-century evangelical, agreed: “Should a man … any wise disturb the peace and good order of the civil police, he should be punished according to his crime, let his religion be what it will.”

A person cannot be persecuted for beliefs — “tyranny over the mind of man,” Jefferson said — but when religious “principles break out into over acts against peace and good order,” society can regulate so long as “it be punished in the same manner & no otherwise than as if it had happened” in a commercial setting. The Supreme Court unanimously explained in 1879 that allowing a religious exemption would “permit every citizen to become a law unto himself.”

Today, these issues are complicated by the poorly named Religious Freedom Restoration Act that requires government to show a “compelling interest” if a person complains that a law interferes with their self-defined religion and by the Civil Rights Act that requires employers to make reasonable accommodations for “sincerely held” religious beliefs.

While the RFRA creates a potentially dangerous patchwork of enforcement of laws against discrimination (from wedding cakes to adoptions to marriage licenses), the government easily can show a compelling interest in protecting health and safety in mandating a COVID vaccine without exemptions. And reasonable accommodations do not require that other employees be put at risk by a naysayer’s refusal to vaccinate or wear a mask.

At the same time, legislators can make religious accommodations when they do not undermine a law’s purpose and are necessary to protect sincerely held beliefs. (For example, Prohibition exempted sacramental wine.)

But in a world where the vast majority of demands for exemptions from vaccine mandates come from politics, hoping to downplay COVID’s seriousness for political reasons, such exemptions should be carefully crafted. One report has 2,600 employees of the Los Angeles Police Department claiming a religious exemption to the vaccine mandate, a potentially dangerous situation.

When colleges or employers permit religious exemptions, they have a right to prevent abuse by those motivated by politics. While the courts have been extremely reluctant to question an individual’s claim of a religious belief, an employer might well ask whether someone had children vaccinated from childhood diseases or other evidence of a long-term, religious refusal to accept medical care. Disbelief in a vaccine’s efficacy and safety — in this case, based on misinformation — is not a religion.

The rising cacophony of claims for vaccine exemptions that invoke the nation’s founders or insist that mandates are “un-American” expose an even more fundamental rift in our society.

Many Americans see the founders as demanding liberty from government regulation; they love Patrick Henry’s “give me liberty or give me death” demand, as if the founders were committed to liberty über alles. This, though, is to misunderstand the founders, to fixate on their liberalism — a commitment to personal liberty — rather than their communitarianism, a belief that support of the community was essential for the nation to function and that virtuous leaders and citizens often had to sacrifice self-interest to the interest of society.

The United States could never have come about had its leaders been focused on liberty to the exclusion of the community’s interests. Today, a commitment to our community, and to the world, is even more essential as we face not only this pandemic but global climate change and other challenges. The fixation on a selfish “liberty” allegedly based on America’s founders is a misreading of history that does a disservice to us all.

In commenting on his own idiosyncratic religion, Jefferson once said he was a sect unto himself. But Jefferson was equally committed to the fact that no one can use religion to become a law unto oneself.

John A. Ragosta, Ph.D., a historian and lawyer, is a fellow at Virginia Humanities and author of “Religious Freedom: Jefferson’s Legacy, America’s Creed.” Contact him at: jaragosta@comcast.net

By Katherine A. Rowe and James W. Dyke Jr.

In 1890, Congress passed the Sherman Act, the first antitrust law, as a “comprehensive charter of economic liberty aimed at preserving free an…

An “OFFICIAL BUSINESS” brown envelope from the U.S. Postal Inspection Service arrived in the mail the other day.

October is one of my favorite months. There is Halloween, which, as a child and now childish parent, I’ve always thought should be a federal h…

Salena Zito column: School board meetings show only that freedom is messy

CON: Postal banking distracts from core delivery, which is suffering 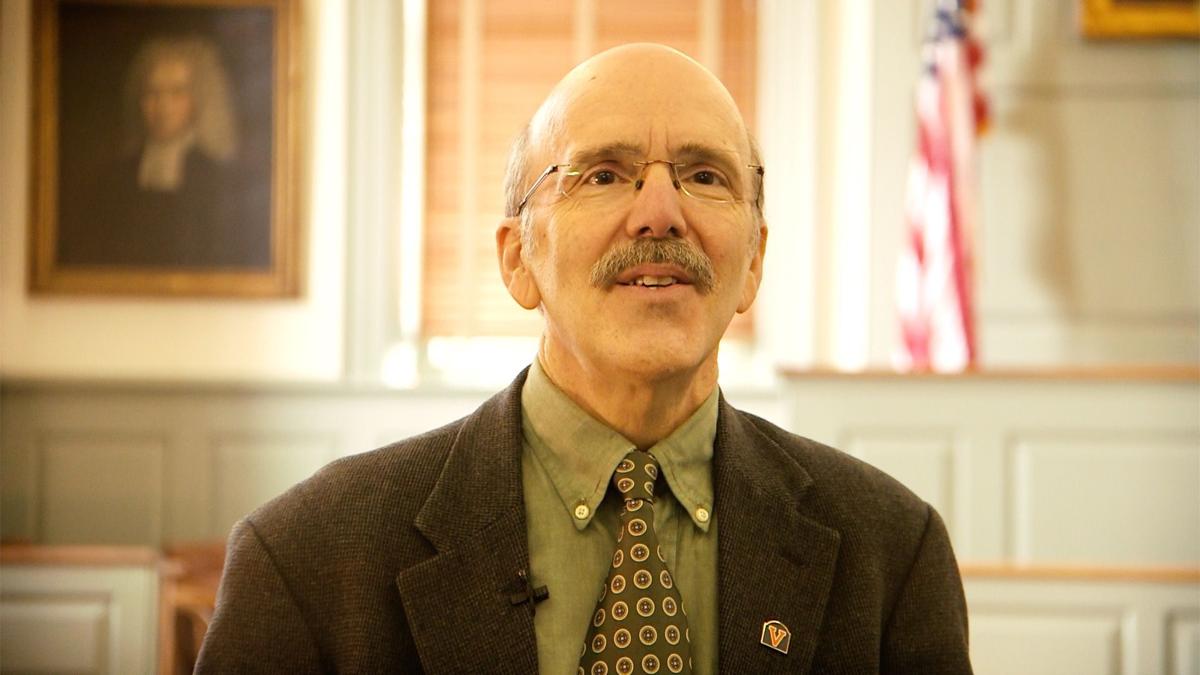