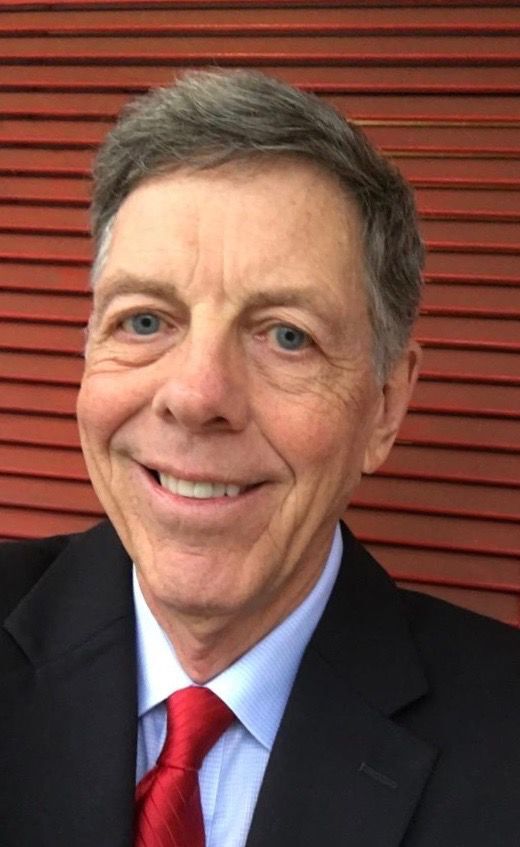 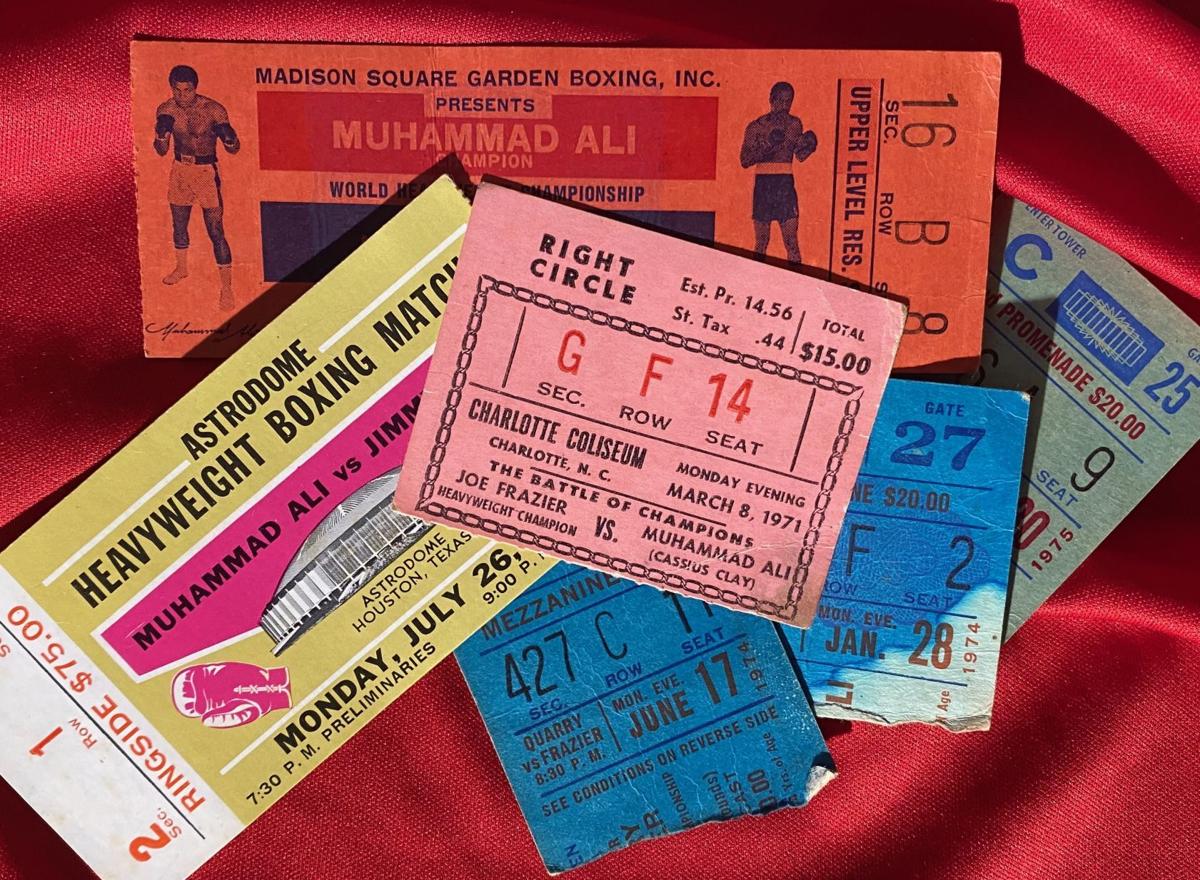 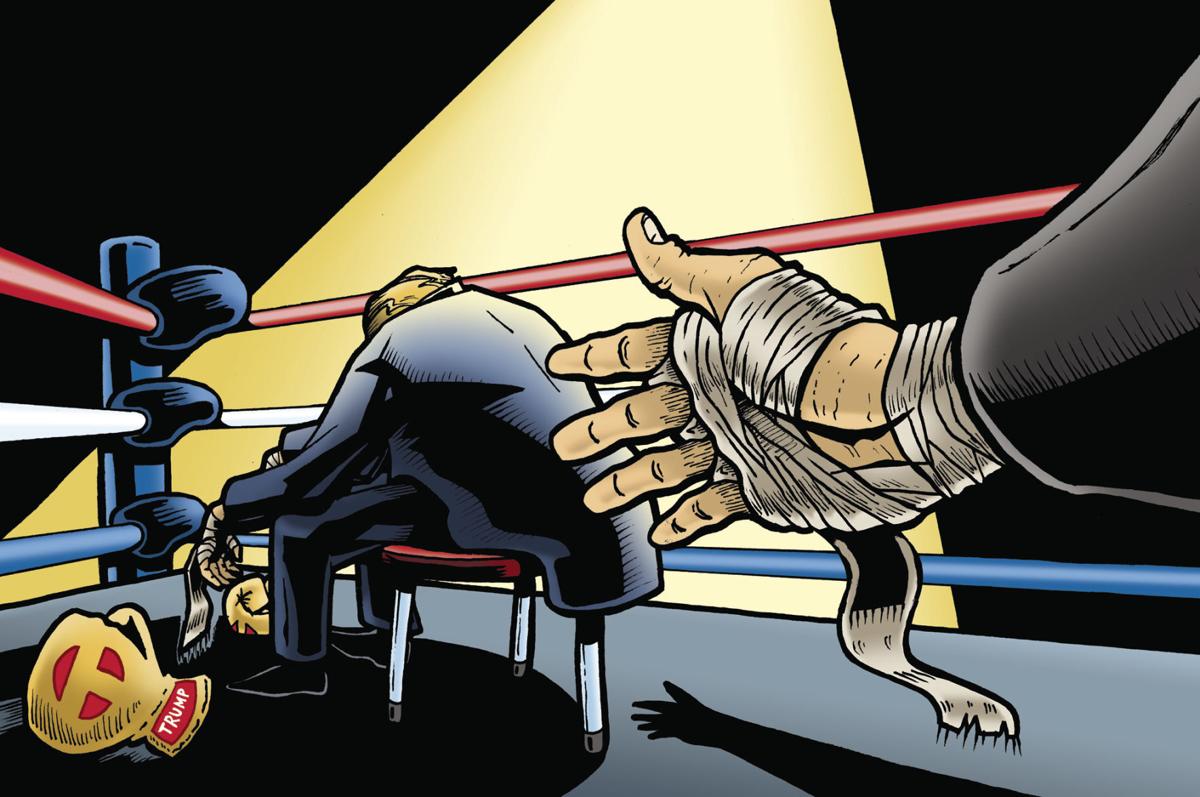 He made unprecedented use of the media and public spotlight to energize his supporters, engage the masses and attract a record turnout.

His narcissistic arrogance complemented an infectious charisma that he exuded among cheering crowds at every appearance and rally. His prediction of certain victory was buoyed by his love of the camera, his name and face in print, and the unfettered adoration from his fans.

And as the climactic contest finally got underway, it looked like a victory. But there came a devastating final-phase surprise, and he was vanquished.

No, not Trump-Biden, but Ali-Frazier: March 8, 1971, 50 years ago, Muhammad Ali lost to Joe Frazier in “The Fight of the Century,” thanks in large part to a last-round knockdown.

I saw it live via closed circuit at the Charlotte Coliseum. Sports Illustrated still calls it “The Biggest Sporting Event in History.” Through all of these years, I often have wondered whether that event would have any enduring relevance.

And then came Donald Trump. And his campaign against Joe Biden. And its aftermath.

We learned a few things from “The Fight of the Century” and its aftermath — learnings that perhaps can benefit us today.

First, we learned that a single person with a big enough voice and ego and charisma can energize unparalled numbers of participants (300 million worldwide viewers then, 160 million voters now) and transform a previously routine event into one that seems existential.

Those viewers from a half-century ago — many who, like me, were first-time boxing enthusiasts — stuck around for years and produced a fresh heyday for boxing. Just four months later, Ali crowded the Houston Astrodome for his fight against sparring partner Jimmy Ellis.

Record turnouts for other fights, even without Ali and Frazier, continued for many years. Might the wake of Trump-Biden include record voter participation for many years to come, even for nonpresidential elections? The record turnout for the Georgia U.S. Senate runoffs might be a leading indicator.

Second, we learned that lesser-used methods of participation (closed-circuit viewing, mail-in and advance voting) dramatically can enhance an event’s reach.

Closed-circuit viewing of Ali-Frazier, and mail-in and advance voting for Trump-Biden, newly were expanded with fresh bells and whistles and reached vast new audiences. Ali-Frazier taught us that expanded participation methods can endure and be productive and make things better for everyone. Might the same now be true for expanded voting methods?

Third, we learned from Ali-Frazier and its aftermath that intense polarization can dissipate and even disappear. Ali used unbridled vitriol to castigate the soft-spoken Frazier. Half the nation viewed Ali as a radical, loudmouthed, hate-spewing Muslim, and Frazier as the embodiment of decency and patriotism.

Communities everywhere bristled with intense arguments, and it was impossible to find an unbiased opinion. But during the following years, the polarization lessened and eventually disappeared — all coinciding with Ali’s own gradual abandonment of inflammatory speech. Might it be possible for former president Trump to likewise defuse today’s polarization?

Fourth, that 50-years-ago event taught us that it’s possible to be a good loser — even when the loser has bet everything on the event. There indeed was room for Ali to claim that The Fight was rigged, that it had been stolen.

The scorecards revealed that Ali had won 10 of the fight’s 15 rounds on at least one of the three judges’ scorecards. Half the crowd booed the result. But Ali’s words and actions eventually signaled agreement with the decision — an agreement for which he gained respect, even from those who had hated him.

And finally, we learned that a soft-spoken winner can be productive and effective, and gain admiration from those who rooted against him.

Frazer was a gracious winner, an effective champion and a good role model for the boxing profession’s long-tarnished reputation. On March 8, 1971, there were many of us who held undeserved disdain for Frazier based on Ali’s hate speech.

But we learned to like Frazier as a person and admire him for the workmanlike professionalism he brought to boxing. Might the same be possible for now-President Joe Biden?

Of course this is not 1971, Trump and Biden are not Ali and Frazier, and The Fight didn’t result in an armed insurrection.

Ali was 22 and had an entire adulthood ahead of him to build character; Trump is 74 and has a character that already is well-baked. And today we are confronted with a global “Fight of the Century” of our own, and it is far more consequential than anything in competitive sports — even “The Biggest Event in Sporting History.”

Nevertheless, on this 50th anniversary of that grand Monday evening when I was sardined among a smiling and friendly half-white, half-Black, electrified audience in Charlotte, I can’t help but reflect on that unparalleled event and the unanticipated healing that took place over the years to come.

Postscript — I completed this piece on Jan. 21, the day after Biden’s inauguration and his revelation that Trump left him a “very generous letter.”

John Bryan is a Richmond-based writer whose current involvements include autism. Contact him at: jbryanfish@aol.com

By Anne Richardson and Rick Tatnall