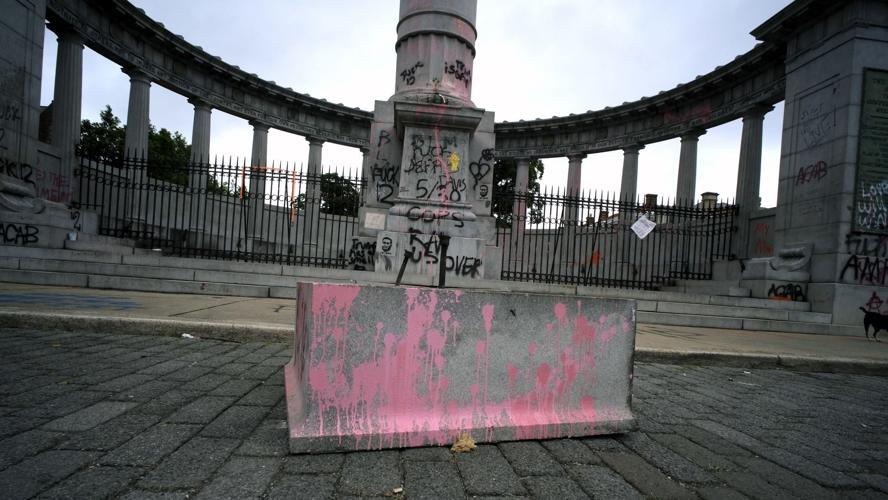 This past June, the pedestal that Jefferson Davis formerly stood on sat in the street along Monument Avenue in Richmond. 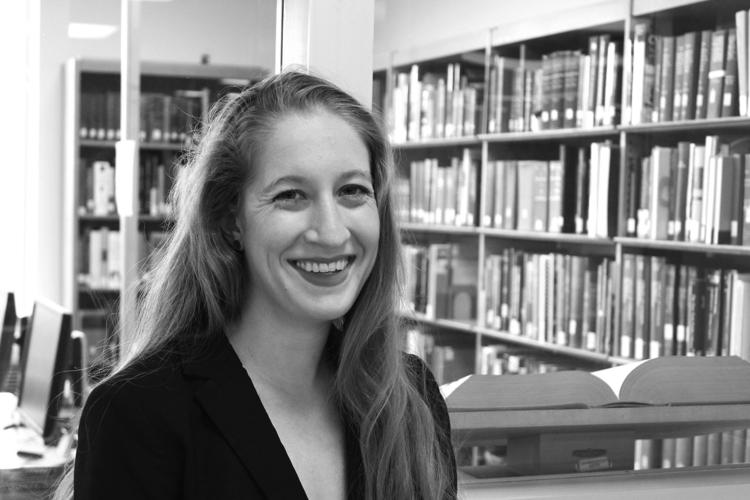 This past year, during the protests following George Floyd’s murder, Richmond Mayor Levar Stoney used emergency powers to remove four Confederate statues from Monument Avenue. This action followed legislation signed by Gov. Ralph Northam a few months prior that overturned the state’s laws protecting Confederate monuments and allowed local communities to remove or change them. When taking this necessary action, Stoney noted that the statues “have cast a shadow on the dreams of our children of color.”

Stoney mentioned statues, not the plinths and pedestals that support the monuments. The totality of these structures — erected by Confederate memorial associations between 1890 and 1929 — venerate the Confederacy, which was formed to preserve the institution of slavery. Artists were commissioned to commemorate Confederate heroes, and their works are among the most grandiose memorials to the Confederacy. Their power derives both from the bronze figures and from the elements that support and adorn them. They glorified the values of the Confederacy and signaled to the African American community in Richmond that they were not welcomed.

Today the enormous bases and pedestals of these monuments remain. If we take Stoney’s metaphor about the shadows cast by Confederate monuments literally, then we must acknowledge that the shadows from the remaining structures are just as, if not more imposing, than the statues themselves. Like the statues, the pedestals cast huge shadows that continue to discipline the dreams of the city’s Black children. The unfinished business of removing these symbols of hate is part of the larger project of dismantling systemic oppression.

In some ways, the pedestals on Monument Avenue in Virginia are unique. Richmond was the former capital of the Confederacy, and this legacy impacts race relations in the city. Moreover, the Confederate memorials in Richmond were especially extravagant.

But the story of the pedestals on Monument Avenue also exemplifies the other 28 Confederate memorials where statues have been removed but the pedestal or base remains. In most cases, the decision to remove the statue was made by elected officials like Stoney working to protect public safety or by protesters called to action following the Charleston, S.C., massacre, the violence in Charlottesville or the murder of George Floyd. Often, pedestals are cemented into the ground, like the Zebulon Vance obelisk that construction crews currently are working to remove from Asheville, N.C.

It’s not just about getting it out of the ground. Removing the pedestals also involves grappling with complication questions about property and ownership. Finding answers to these questions often is time- and resource-intensive. Confederate sympathizers exploit this process to stall monument and pedestal removal.

That these pedestals are difficult to remove is no accident. When the United Daughters of the Confederacy (UDC) decided how it wanted to memorialize the Confederacy, it chose monuments because of their literal lasting impact on the landscape and the Civil War narrative. African American newspapers also commented on the danger these memorials posed precisely because of their permeance and ability to drive historical narratives.

Despite these challenges, monument removal is not insurmountable. Since 1998, more than 100 have been removed from public spaces in their entirety, and more than 30 others have been relocated to less visible spaces.

Some organizations have come up with creative solutions to the pedestal problem. Color of Change has created an app that, according to its website, uses “an augmented reality experience … [where] users place statues of racial justice leaders atop empty pedestals where confederate statues once stood.” Similarly, Native Americans were photographed standing on the pedestal of the Early Days statue — which was taken down from San Francisco in 2018 because it memorialized the colonization of the West — as part of the San Francisco Art Commission’s American Indian Initiative.

What might this mean for the pedestals in Richmond, where officials are saying they might be removed as soon as this summer? This past year, Stoney voiced support for a public process that would facilitate community conversations about what should happen to these monuments and pedestals specifically, and how public space is used more broadly.

Lawrence West, the founder of BLM RVA, thinks that because the monuments are symbols of oppression and reflect a Confederate heritage that is not representative of the entire country, he believes most of the pedestals should be removed. He voiced concerns about whether new statues put up on existing pedestals would reflect the values of the community and found “if there’s no structure to put something up, you don’t have to worry about that.” And while he reflected that “it would be nice to see the Robert E. Lee pedestal stay” because it has been repurposed (this past year, The New York Times deemed it the most important piece of protest art since World War II), his feelings on Jefferson Davis were different. “Jefferson Davis …his pedestal, everything else needs to go.”

Kimberly Probolus is a fellow with the Southern Poverty Law Center’s Intelligence Project. She researches the history of Confederate monuments and contributes to the “Whose Heritage?” report on public symbols of the Confederacy. Contact her at: researcher@splcenter.org

During COVID-19 school closures, some Virginia parents became creative with their children’s educations.

Public libraries are crossroads for communities. Your library is the one place where a millionaire and a person who might not know where they …

The Valentine needs your help this summer. The Jefferson Davis statue from Monument Avenue is temporarily on display within our core exhibit, …

This past June, the pedestal that Jefferson Davis formerly stood on sat in the street along Monument Avenue in Richmond.