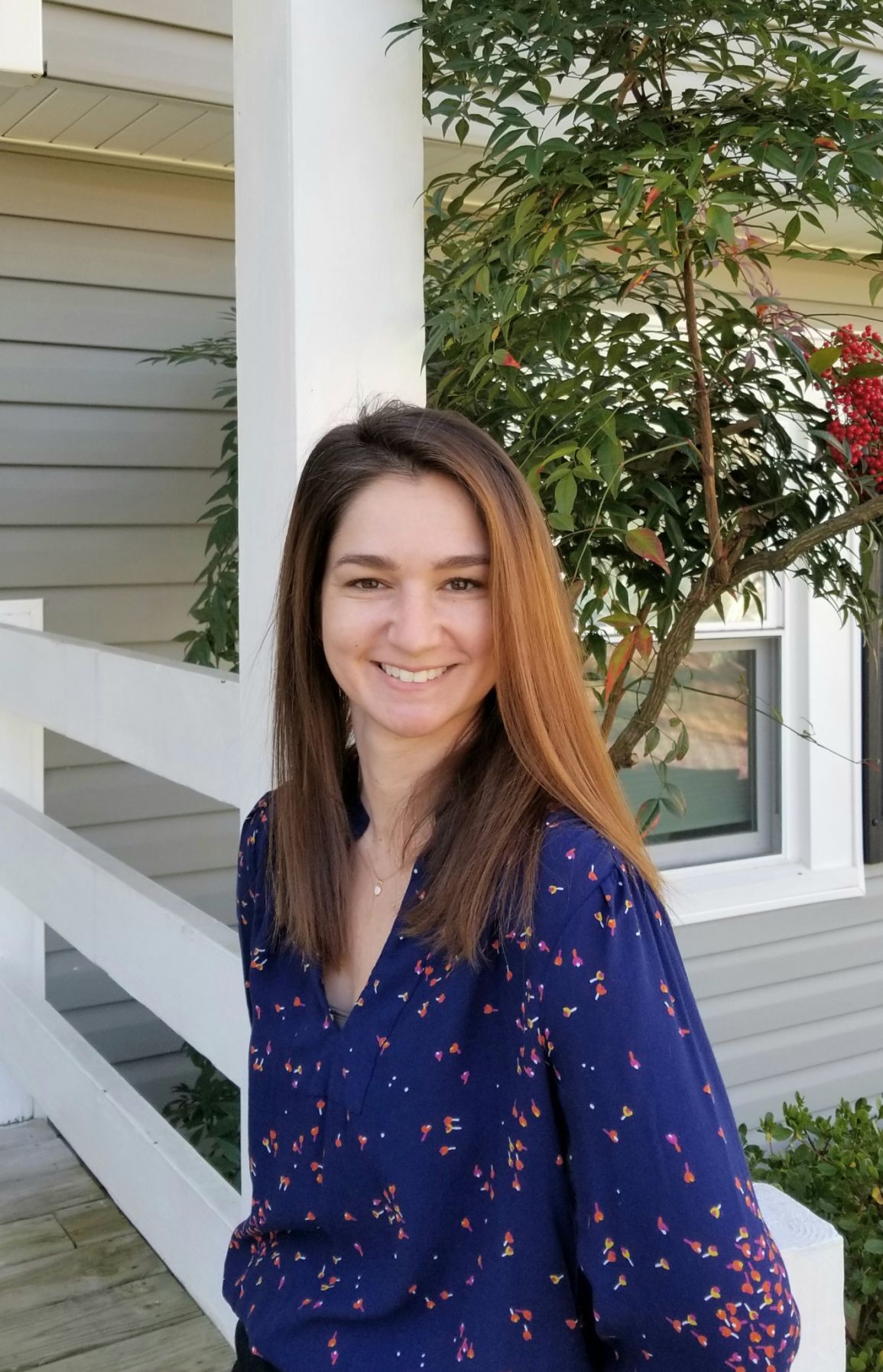 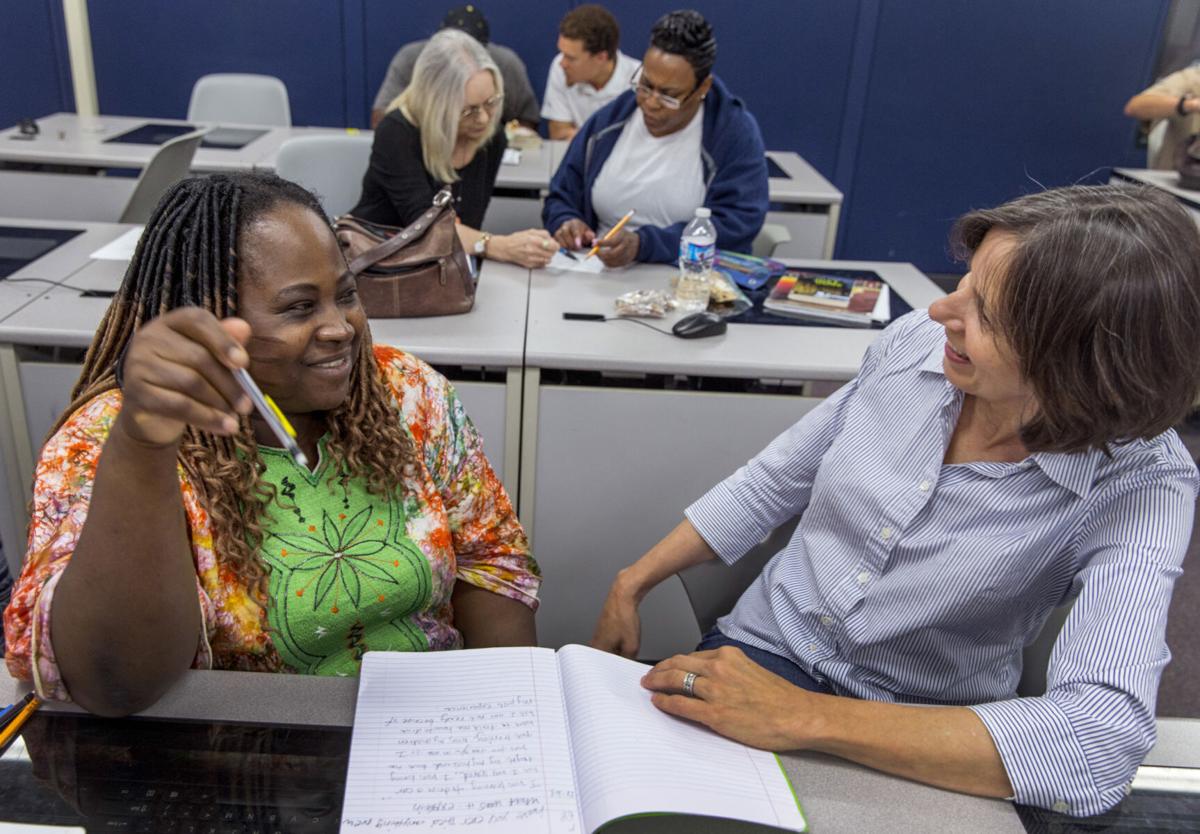 In December 2019, Fatimo Ibrahim (left) smiled as she received a compliment about her writing from her English tutor, Jeanne Dorman (right), at The READ Center.

Somewhere a teacher is letting out an exasperated sigh, disappointed by a real or perceived lack of involvement from a parent or guardian. Maybe an important form wasn’t returned or a deadline was missed. Maybe an email was left unanswered or another parent-teacher conference was unattended. Whatever the cause, the resulting concern is real. Students simply do better when their families are involved. More specifically, studies have shown that family engagement is the best predictor for student success.

Why, then, don’t some families participate more in their student’s schooling? The answer is too nuanced to point to a single reason; it’s tangled in the same inequities that education has been wrangling for decades — the inequities that leave a disproportionate number of families with a lack of child care, transportation, access to the internet or time off from work.

As a teacher, I was aware of those barriers. And I would argue that most of my colleagues were, too. To compensate, we offered flexible meeting times and an array of communications. Sometimes it helped; sometimes it didn’t. What I did not realize at the time, however, is another obstacle was impeding our progress. It was a factor I hadn’t learned about in my teaching program, I hadn’t experienced in my personal life and, therefore, I never had considered: The parents or guardians literally could not read the communications they were receiving.

That’s right. I spent close to a decade forwarding newsletters, sending emails and posting announcements blissfully unaware that 36 million adults in America cannot read above a third-grade reading level and that 130 million Americans — 54% of adults ages 16 to 74 — essentially are reading below a sixth-grade level. Congruently, I also did not know that, locally, those numbers translate to 16% of adults in the city of Richmond, 9% of adults in Henrico County and 8% of adults in Chesterfield County coping with low literacy.

Something tells me I am not the only one.

After all, most of the communication our local school districts send en masse is written. Is it posted on a variety of platforms, like Twitter and Facebook? Absolutely. Can it be translated into a half-dozen languages to reach families whose native language isn’t English? They offer that, too. But is it available in an audio recording or plain language format? Not so much. In fact, in looking at the official websites for Henrico County, Chesterfield County and Richmond public schools, none of them appear to offer a text-to-speech tool, which would allow a visitor to easily play a reading of its content.

I do not think this is because our school districts don’t care. Rather, I think it is indicative of the adult literacy crisis itself. Adults are quite good at hiding their inability to read. For example, a study by the National Center for Education Statistics showed that only 25% of college graduates scored high enough on its tests to be deemed “proficient” from a literacy standpoint. For me, it took joining the staff at The READ Center, an adult literacy nonprofit in Richmond, to realize the scope of the issue. And that was despite often working with marginalized students whose circumstances created a higher likelihood of low adult literacy within their families.

As school districts work to engage families, they also should work to make their communications accessible to parents and guardians struggling with low literacy. They should consider the vulnerability it would take for a parent or guardian to admit to a teacher or administrator that they cannot comprehend the list of graduation requirements or new Standards of Learning testing procedures they receive. They should add text-to-speech functionality to district blogs and websites. They should offer an audio link to the most recent form or letter sent out. And they should follow readability guidelines when drafting written communications.

Otherwise, it is possible the parents or guardians they are trying to reach won’t be able to “get involved” even if they want to.

Kristin Parson is a certified teacher and the distance learning coordinator at The READ Center in Richmond. Contact her at: kristin@readcenter.org

In December 2019, Fatimo Ibrahim (left) smiled as she received a compliment about her writing from her English tutor, Jeanne Dorman (right), at The READ Center.