In January 2002, my wife, Lisa, and our youngest daughter were walking across Capitol Square, outside our new home in the Executive Mansion. Our daughter had just finished a lesson on civil rights in school, and she had a question. Glancing around at all the statues of old, white men on the lawn, 7-year-old Eliza asked her mother, “Where is Rosa Parks?”

While Rosa Park wasn’t a Virginian, that innocent question got us thinking. It had taken the wisdom of a young child to immediately notice what we had not: that there were no statues honoring women or people of color in this public square designed to tell the story of our commonwealth and its people. As governor of Virginia, I established a commission that led to the building and unveiling of the Virginia Civil Rights Memorial in Capitol Square in 2008.

The monument features Barbara Johns, a 16-year-old from Moton High School in Farmville, who led a student walkout with all 450 of her fellow Black classmates to protest school segregation in Virginia.

After her daring act, Johns would go on to achieve even more than she had considered, spearheading one of five cases that in 1954 would lead to the Supreme Court ruling that racial segregation in schools was unconstitutional. Demonstrating a bravery uncommon to those three times her age, Johns transformed our nation’s racist and discriminatory education system for the generations of students who would follow in her footsteps.

As we continue to grapple with the need to reckon with our past and present, it is important now more than ever to highlight those Americans like Johns who have stood up at key moments in our history and pushed us towards progress.

That’s one reason I support Virginia’s decision to replace the statue of Confederate Gen. Robert E. Lee that long represented our commonwealth in the U.S. Capitol with one of Johns.

There, she will take her place — in a moment presaged by young Eliza’s question so many years ago — alongside those of Parks and 98 other notable Americans to tell Virginia’s story of perseverance, diversity and inclusion.

While the Lee statue was removed from its perch in the U.S. Capitol this past week, there are many such reminders of our country’s painful past with slavery and racism still standing — many of them erected long after the Confederacy’s defeat and intended to send a signal to Black Americans that despite the end of slavery, racism still reigned triumphant in public life.

In the past few years, following the rise of the Black Lives Matter movement and the 2015 mass shooting in Mother Emanuel Church in South Carolina, our country has been engaged in a difficult conversation about whether Confederate monuments such as the ones on Monument Avenue should remain in public spaces or be taken down.

Such monuments have become the focus of protests, most notably in Charlottesville in 2017, when white supremacists came to protest the removal of another statue commemorating Lee, leading to the death of a promising young woman, Heather Heyer, and injuring dozens.

More recently, they have re-emerged as a national flashpoint following the death of George Floyd, a Black man who was murdered after a Minneapolis officer pressed his knee on Floyd’s neck for 8 minutes, 46 seconds.

Organizers, community leaders and racial justice activists recognize that we can’t change racism in our nation until we change our nation’s culture. That tells us that a growing number of Americans are ready to take up the moral transgressions in our past in order to improve and understand our present.

It is thanks to those citizens who have stood up to demand that our public monuments represent our values as Virginians that this transformational moment has arrived. I look forward to soon seeing Barbara Johns as the face of our commonwealth in the Capitol Rotunda.

Paulettra James column: Why lawmakers should visit a prison

Jeff Elhai column: Taiwan should be able to choose its own destiny

Sandy Goldberg column: Do we make bad assumptions about the news coverage we see?

Recently I was struck by a conversation I had with a progressive friend. When I noted the significant decrease in extreme world poverty over t… 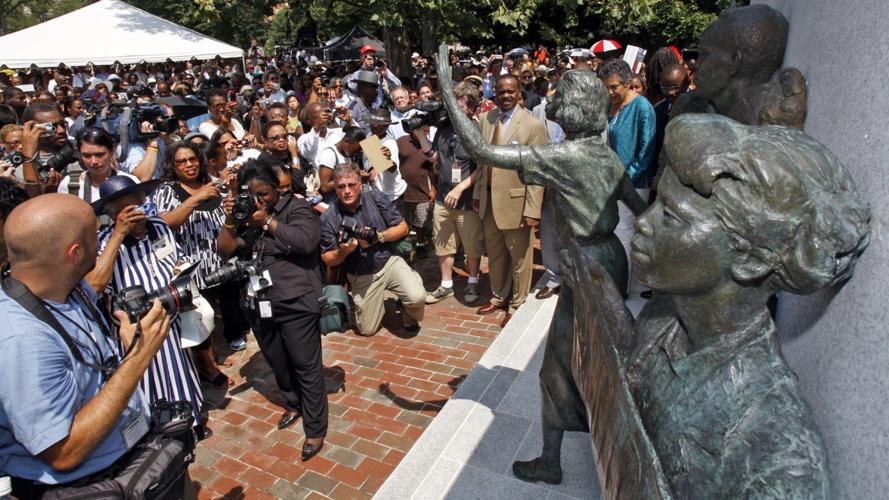 The 2008 unveiling of the Virginia Civil Rights Memorial on Capitol Square, which features a representation of 16-year-old Barbara Johns, drew a huge crowd. 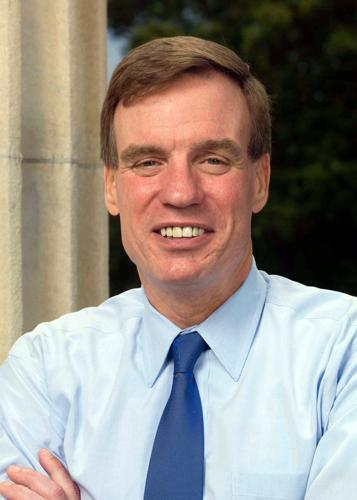