In the early 1990s, Virginia and the nation were in the middle of a crime wave involving illegal drugs and guns. This made for a deadly mix. Many remember President George H.W. Bush’s war on drugs as the federal remedy.

As a condition for receiving federal highway funds, states were required to adopt legislation that revoked a person’s driver’s license for six months if convicted of a drug violation. States could opt out by legislative resolution, but few did at the time. Virginia was one of the states that went ahead and adopted such a law.

A drug conviction has nothing to do with highway safety, which is the purpose of licensing drivers in the first place. However, the theory of this law was that loss of a driver’s license would deter illegal drug possession and distribution. Since then, studies have shown the ineffectiveness of this approach.

However, the cost of matching criminal drug convictions with loss of a driver’s license has been steep. This year, the Virginia General Assembly acknowledged that license revocations and suspensions “may impose significant societal and economic hardships.” According to the Department of Motor Vehicles (DMV), nearly 120,000 licenses currently are revoked because of drug convictions. Even though these fellow Virginians have paid their debt to society for their crimes, they still find it difficult to get a job because they do not have a valid driver’s license. Not only does this drive up unemployment; it also contributes to many offenders returning to a life of crime as their only alternative.

For more than 10 years, I have worked to decouple criminal sanctions from the loss of driving privileges. Therefore, I was delighted when Gov. Ralph Northam and the 2020 General Assembly repealed the law revoking driver’s licenses for drug-related crimes. In no way does this decision negatively impact the enforcement of laws against illegal drugs: Those who commit those crimes will serve jail sentences or in appropriate cases be provided rehabilitation services. But their driver’s licenses will remain intact.

The new law is not retroactive, so those with existing drug-related revocations still will have no license. But they can apply to the courts for a restricted license to drive to work and for other essential purposes, provided the General Assembly reauthorizes restricted licenses at the upcoming special session. On the other hand, after July, the DMV will not continue adding around 30,000 new drug-related license revocations each year to the rolls of suspended drivers.

An even larger public impact occurred this past year when suspension of licenses for failure to pay court fines and costs was repealed, a provision made permanent in this year’s General Assembly. People who owe fines still are obligated to pay, in the same way they are obligated for credit card charges and other bills. But their licenses no longer are taken for nonpayment. When this change took effect, more than 600,000 people had their licenses immediately restored and another 350,000 suspended for both fines and other reasons, saw their chances improved for getting their licenses back.

Also with the new laws, driving away from a gas station without paying no longer will result in loss of a driver’s license. Of course, drivers will face criminal and civil consequences for their actions but perhaps the image of state troopers on gas pumps will change.

In addition, freeing up offenders to get their licenses again has a positive effect on public safety, since we know unlicensed persons often drive anyway. When they are licensed, we are assured that these Virginia drivers are tested, insured and less distracted by concern for the “blue lights.” This same policy was a reason, in part, for the recent adoption of Del. Kathy Tran’s bill creating driver privilege cards for undocumented immigrants who pay Virginia taxes. They, too, must pass all the DMV tests required of every new licensed person.

Virginia can be proud of having the lowest crime recidivism rate in the country for three years in a row. Department of Corrections Director Harold Clarke has made it clear that getting a license and a job is a major factor in this success. Changing laws to improve opportunities for restoring licenses, consistent with public safety, is important and Virginia leaders in 2020 have made real progress moving the state forward toward this goal.

O. Randolph Rollins is a Richmond lawyer, former Virginia secretary of public safety under Gov. L. Douglas Wilder and founder of Drive-To-Work, which assists low income and previously incarcerated individuals to restore their driving privileges so they can drive to work and keep a job. Contact him at: Rrollins@orrlawyer.com

Williams: Politicians should learn to practice quiet after the storm

"In U.S. politics, it’s all fun and games until the hurricane winds roar. Which explains why our current model of blowhard leadership needs to change," writes The Times-Dispatch columnist Michael Paul Williams.

Column: The hypocrisy of free speech in Youngkin new 'guidance' on trans-youth accommodations

This is an opinion column on the opinion page of The Times-Dispatch.

“I do solemnly swear that I will perform the duties for this election according to law, and to the best of my ability, and that I will studiou…

Column: 'Youngkin is right when he says that children should trust their parents'

Recently, much has been said about the Department of Education’s new model policies regarding transgender students. With so much discussion on…

Schapiro: The teachers who taught me to be a life-long learner

Four were men, five were women. Most were straight, some gay. One was Black. They were liberal, conservative and in between. All were clever a…

A couple of weeks ago, the Richmond Times-Dispatch introduced a new slate of comics, puzzles and other features on our print and digital platforms.

Long ago (50 years, to be precise) and far away (about 550 miles from where I now live), a group of intrepid souls launched a bold educational…

Why are reports of anxiety, especially among young people, spiking? | The Ethical Life podcast

🎧 The hosts discuss what's responsible for the rise in cases and what can be done to reverse this troubling trend. 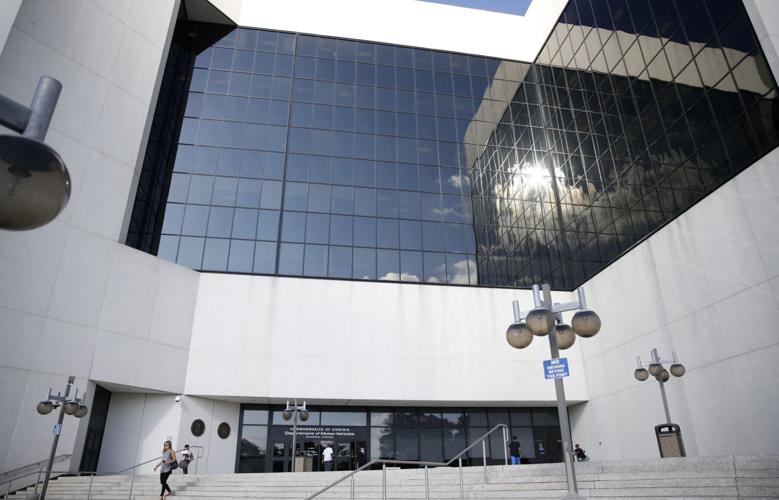 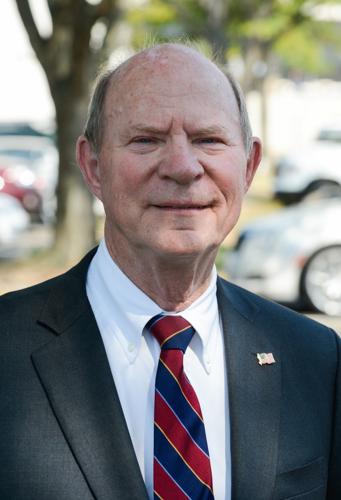