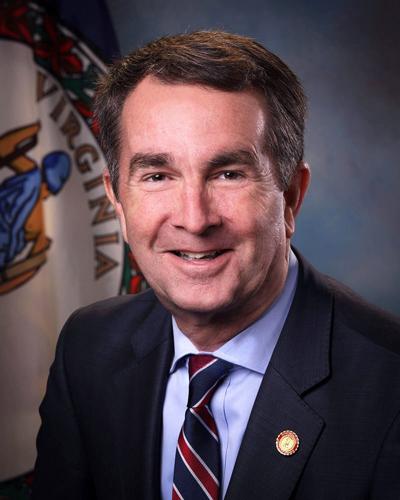 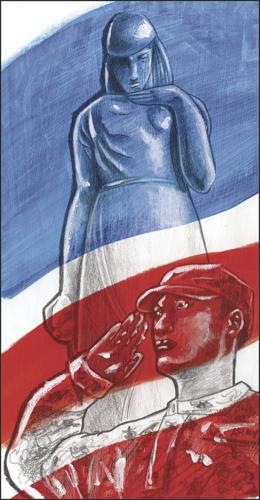 Monday, May 31, is Memorial Day, and as we mark this day, we should take the time to reflect on its true meaning.

On Veterans Day each November, we celebrate and thank all who served in our armed forces. But on Memorial Day, we honor the hundreds of thousands who made the ultimate sacrifice: They gave their lives to protect our values and freedoms.

In the midst of World War II, President Franklin D. Roosevelt said, “Those who have long enjoyed such privileges as we enjoy forget in time that men have died to win them.”

These words are as true today as they were more than 75 years ago, as we honor our brave men and women who gave their lives so that we may live ours.

After World War II, in which nearly 10,000 Virginians were killed, the commonwealth moved to build the Virginia War Memorial. By the time it was dedicated in the 1950s, there were plans to add those lost in the Korean conflict.

Now, nearly 12,000 Virginians killed in action — in those conflicts, as well as Vietnam, the Gulf wars and 21st-century conflicts like the war on terrorism — are listed on the memorial in Richmond. It is a moving site, dedicated to honoring the memory of all those who made this sacrifice.

On Monday, we will gather there at the memorial — virtually, for most of us — for the Commonwealth’s Memorial Day ceremony — the 65th consecutive year we have done so since the memorial was dedicated in 1956.

Since we marked Memorial Day 2020, four more names of Virginia heroes have been added to the stone and glass walls of the Memorial’s Shrine of Memory:

These Virginia heroes died at different times during different conflicts, but they all deserve our recognition and prayers — as do their family members. Every service member who is lost was somebody’s child, or someone’s parent, spouse, sibling or friend, and we must remember these Gold Star families and their loss.

Their sacrifice is great as well, as is their grief. And grief is not an event with a definite end date, but a process that takes time. We must keep them in our thoughts.

As an Army veteran who served on active duty as a physician during Operation Desert Storm, I witnessed the injuries suffered in combat and the deaths of my fellow service members.

As an Army doctor, I treated those injuries — and sometimes, as hard as we tried, the service member we were treating did not survive.

Somewhere, their names are on walls like the one at our War Memorial, and I hope that people take the time to remember their names, and their sacrifice, and to comfort their families. All of our service members deserve that.

This Memorial Day, please join first lady Pamela Northam and me as we remember the brave men and women who made the ultimate sacrifice in the cause of liberty and freedom. They have given us a gift, and I hope we are grateful for it every day.

I also ask that you remember the families who they left behind, for these families also have made a supreme sacrifice.

And finally, may we all remember that when brave men and women are needed to defend our freedom, Virginians always will be first in line.

For information about the Commonwealth’s Memorial Day Ceremony, including how to view the livestream of the event, please visit: www.dvs.virginia.gov or www.vawarmemorial.org

Every service member who is lost was somebody’s child, or someone’s parent, spouse, sibling or friend, and we must remember these Gold Star families and their loss.

Jonathan Bernstein column: Democracy is hard. It’s supposed to be.

In this episode, Kelli and Michael Paul talk with Kristin Szakos, a former member of Charlottesville City Council who recommended the removal of the city's Confederate monuments during her 2013 election campaign.