U.S. policy on Iran is at a stalemate over the nuclear talks. Weeks have become months and now, President Joe Biden rightfully opposes the delisting of the Islamic Revolutionary Guard Corps as a terror organization. Whether the nuclear deal is signed or rejected, America faces significant policy challenges with Iran.

Diplomacy and multilateralism failed to prevent Russian President Vladimir Putin’s invasion against Ukraine, and world politics are becoming increasingly less predictable. While sanctions are important tools against Putin, the U.S. and Europe are realizing that ignoring autocratic regimes is a dangerous proposition for world peace and security going forward.

Such realization is credited to Ukraine for presenting an effective model featuring forward-looking diplomacy centered on positive peace. The Ukrainian model has emerged at an enormous cost and revealed the key elements for positive peace — leadership, unity, sacrifice and the courage of homegrown resistance movements against tyranny. The model of recognizing these movements affords the free world the ability to not ignore relentless acts of oppression, overt or covert expansionism, crimes against humanity and genocide by other tyrants around the world.

The Biden administration now has a working model to overhaul its outdated foreign policy thinking and break the U.S.-Iran policy stalemate. Since the early 1980s, America has faced a protracted challenge with the Ayatollahs, through a series of hot and cold conflicts. These include hostage-taking, terrorism, nuclear drive, acquiring weapons of mass destruction and regional expansionism.

As for the people of Iran, they have experienced the imposition of an alien ideology and leaders whom they cannot elect; a war machine that killed a half-million people; the horrific political mass killings of the 1980s, including the 1988 massacre of 30,000 political prisoners; the massacre of ethnic and religious groups; the massacre at Camp Ashraf; the 2019 massacre of peaceful protesters; the assassination of opposition figures in Europe; poverty and a broken economy that funds regional terror groups; and more than 43 years of institutionalized violence against women, children, and ethnic and religious minorities, in the name of religion.

Since 2018, there have been eight massive anti-regime nationwide uprisings and the Ayatollahs admit the growing popularity of this movement. Recognition of Iranian resistance in U.S. foreign policy and media is absent because the Ayatollahs frequently use the same playbook as Putin: diplomatic deception, along with domestic and international misinformation campaigns, to demonize those resisting their tyrannical agenda.

One of the Ayatollahs’ successful deceptive campaigns has been to lock U.S.-Iran policy between endless talks or a threat of war and lead the world to think there is no alternative. The growing domestic impact of the Iranian resistance challenges such deception and offers an alternative path forward.

The Biden administration has a choice to either face nuclear Ayatollahs in the coming months, or to use the Ukrainian model and afford the Iranian resistance movement political and moral support. To start, it must end the Vienna talks, increase sanctions on the regime and advocate a global campaign to hold Iran’s president, Ebrahim Raisi, accountable for his direct role in the 1988 massacre.

It must enter a dialogue with the Iranian resistance movement based in Paris to understand its platform for positive peace. The rest is on the resistance units and people inside of Iran.

In his recent visit to Kyiv, British Prime Minister Boris Johnson said, “the world has found new heroes,” referring to the people of Ukraine. Biden has visited the region but not Kyiv. Perhaps it is a matter of timing, but according to a recent Harvard CAPS / Harris Poll, 52% of Americans think the administration’s response to Russia has been “too lenient.”

Any leniency with the Ayatollahs will lead to more wars and violence. The United States rose to the occasion for Ukrainians and it can do the same for Iranians, until both nations have their freedom.

Ramesh Sepehrrad, Ph.D., is an author and scholar practitioner at the Carter School of Conflict Analysis and Resolution at George Mason University. Her recent book is titled “Cyber, Social Conflicts and Humanity.” Contact her at: rsepehrr@masonlive.gmu.edu 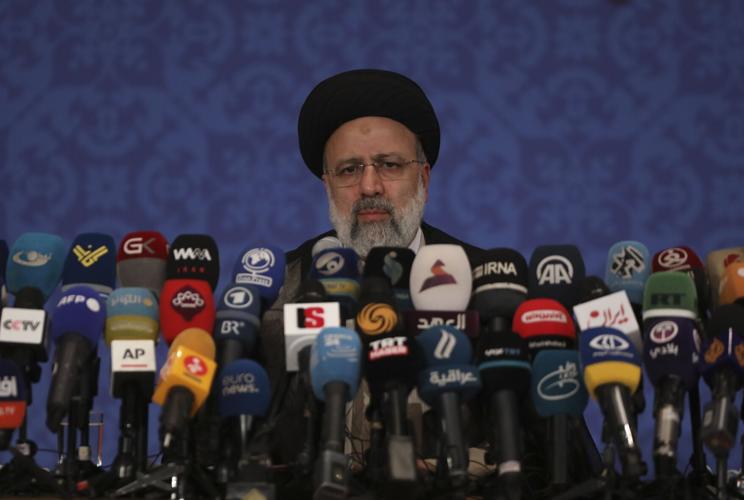 In June 2021, Iranian President Ebrahim Raisi appeared during a news conference in Tehran. 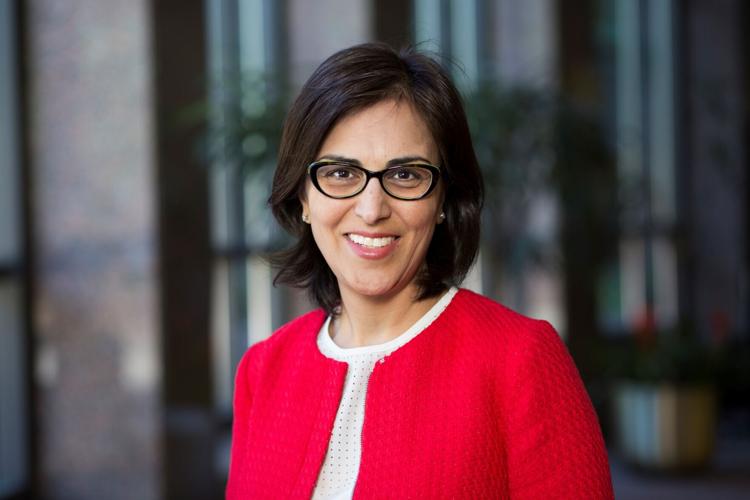