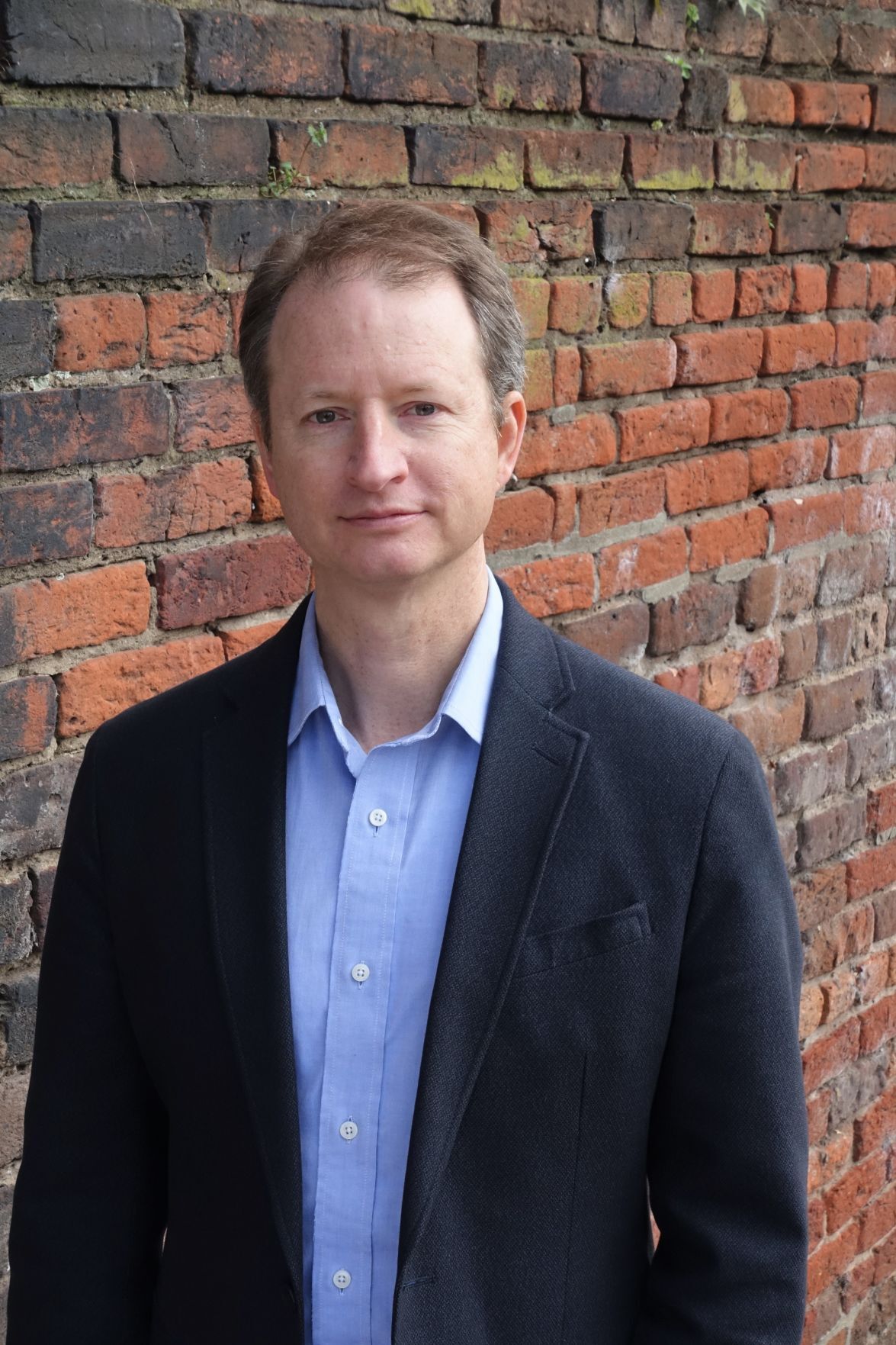 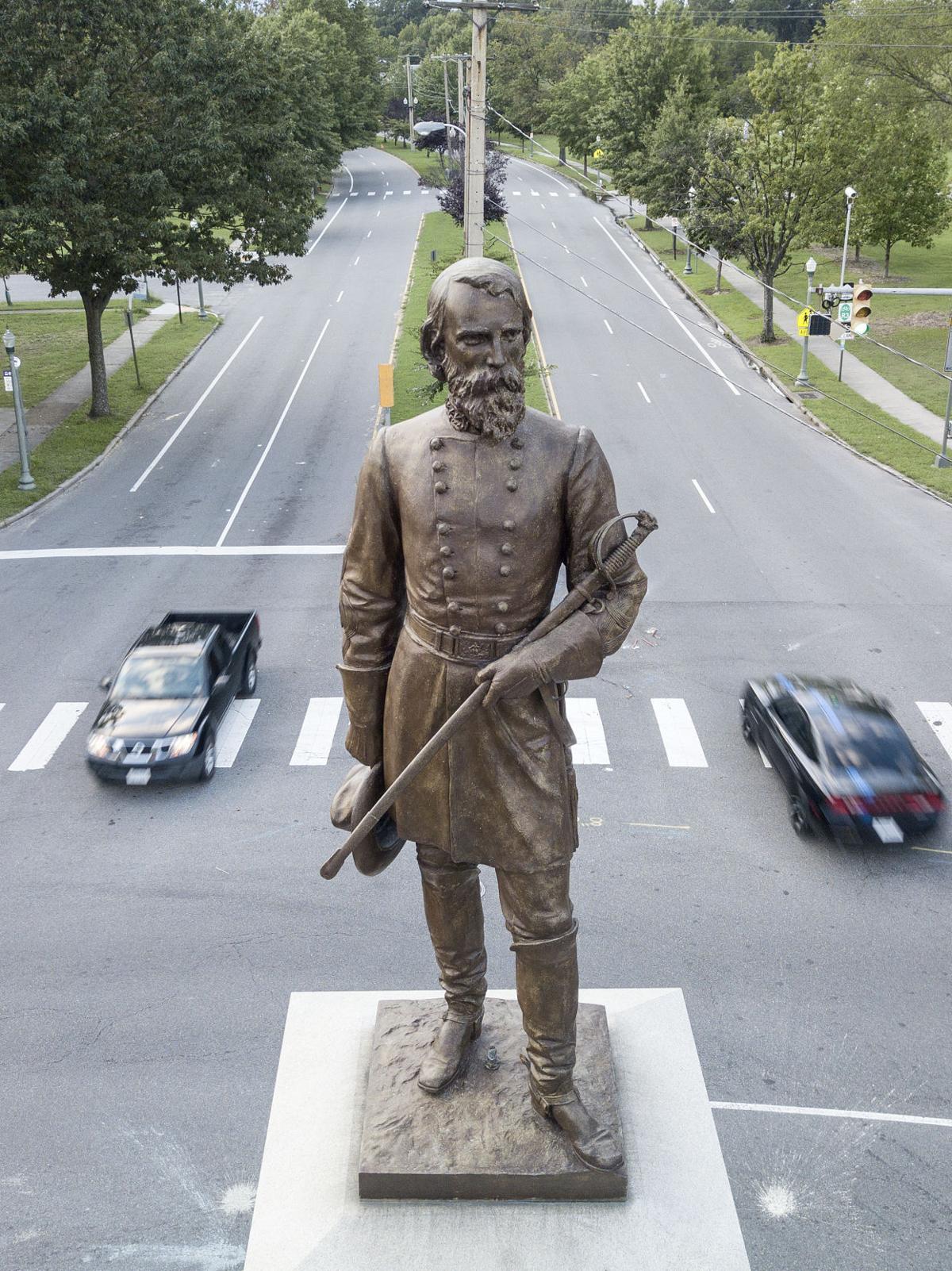 The remains of Confederate Gen. A.P. Hill are entombed below his statue, which stands amid a busy intersection on Richmond’s Laburnum Avenue.

Jefferson Davis still stands in Richmond. This is true even after widespread protests engulfed Confederate monuments following the murder of George Floyd in Minneapolis in May, when Richmond’s famed Monument Avenue became the epicenter of the anguish expressed against these symbols of white supremacy.

Monument Avenue’s tribute to Jefferson Davis was among the first to go — his bronze likeness was sprayed with paint and a noose hung around his neck before finally being toppled by protesters on June 10.

But across town, another lifelike bronze of the president of the Confederate States of America continues to stand serenely atop his gravesite in the Davis family circle of Hollywood Cemetery as it has since 1899.

Its relative peace highlights urgent questions: Do Confederate monuments take on different meanings in a cemetery? And, are cemeteries the right place for the afterlives of the public monuments?

The owners of many cemeteries across the South have answered “yes” to both questions. Many of those owners are the same municipal governments that have mandated the monuments’ removals in the first place. In December, Norfolk’s City Council relocated a Confederate soldier monument from Commercial Place downtown to the city-owned Elmwood Cemetery, where the monument joins the graves of at least 400 Confederate soldiers as well as another soldier statue.

Likewise, the Greensville County Board of Supervisors just approved the removal of the courthouse square’s Confederate soldier monument to Emporia Cemetery, owned by the city of the same name. Similar choices have been made by localities outside the state.

Those advocating such moves defend them with several points. First, they note that the cemeteries are secluded beyond the public spaces of courthouse squares and city streets. Second, the cemeteries present more practical alternatives to museums since they do not require special housing for the often oversized sculptures.

Lastly, and most importantly, advocates believe that the Confederate soldiers buried in the cemeteries give them special claim on the monuments. The presence of those bodies is seen to transform the carved or cast figures of the Confederates into more traditional memorials, akin to gravestones. Cemeteries are places of retreat and reflection, after all, intended to be inviolable. And who wants to denigrate that which is associated with the dead?

Richmond’s own Monument Avenue Commission, convened by Mayor Levar Stoney in 2017, foresaw such an outcome when it previously recommended removal of the avenue’s Jefferson Davis monument. The commission’s final report in 2018 suggested that the female allegorical figure atop the monument’s pillar “can be relocated to a cemetery — perhaps with Davis’ grave at Hollywood Cemetery.”

So the commission viewed Confederate monuments in cemeteries as different from such monuments in public streets, reconfirming the value and appropriateness of the former.

But we should question whether to accept such transfers so easily. There was always a powerful connection between the bodies of the dead and the Confederate statues in public spaces, after all. It is no accident that Richmond holds at least 10% of the Civil War’s entire Confederate dead as well as the preponderance of Lost Cause tributes to them. The city’s dual statues of Davis made those connections plain.

The statue of Confederate Gen. A. P. Hill on Richmond’s Laburnum Avenue shows those connections even more clearly. The officer himself is entombed beneath his statue where cars go by in four directions of the busy intersection. Today it is the only Confederate statue on city property still standing after a summer of removals.

We also see the connection between the bodies of the dead and the Confederate monuments in the comparative condition of the region’s Black burials.

Just as Black subjects had been largely erased in public statuary, Black residents struggled to maintain dignified resting places in the face of vandalism, grave robbing, destructive roadway and development projects, and a lack of funding.

In contrast, the state of Virginia alone has awarded the United Daughters of the Confederacy more than $800,000 since 2009, much of it earmarked for the care of Confederate graves.

Richmond’s city-owned Oakwood Cemetery, for example, benefited from an award of $30,000 in state funding to care for its Confederate graves in 1999, plus $11,470 annually since then.

Contemporary graves of African Americans from the same era lie in a segregated section to the east — unmarked, unrecognized and now partially covered by Stony Run Parkway. Those spaces and their monuments, or lack thereof, still help control the public narratives about the past.

Introducing new monuments into such cemeteries is a political statement. In Roanoke, a monumental pillar dedicated to Robert E. Lee in 1960 has been given to the privately owned Evergreen Burial Park nearby, despite the fact that Lee has no personal connections with the cemetery. Lee’s pillar is not the equivalent of a grave marker, or a memorial raised in grief shortly after the war, even though Roanoke’s City Council is treating it as such.

Municipalities must make deliberate and responsible decisions for how to divest themselves of their vacated monuments and where those monuments end up. For many, cemeteries are a tempting choice. But however much dignity we might wish for the individual dead, we cannot lend the sanctity of their cemeteries for a new Lost Cause.

Ryan K. Smith is a professor of history at Virginia Commonwealth University and author of the newly released book, “Death and Rebirth in a Southern City: Richmond’s Historic Cemeteries.” Contact him at: rksmith3@vcu.edu

The remains of Confederate Gen. A.P. Hill are entombed below his statue, which stands amid a busy intersection on Richmond’s Laburnum Avenue.