UPDATED: Worker at Ellwood Thompson's tests positive for coronavirus; four others fired for not following time-off protocol to get tested

How this little village earned its name is rooted in an old tale featuring a common last name, one-in-a-million odds and a likely exaggeration about how many settlers were attracted to the middle of the frontier.

“It was founded in 1848 by a gentleman named Robert Wallace,” explained Clay Kilgore, executive director of the Washington County Historical Society. “When he got the tract of land, he built a house on one of the lots he had laid out and then began selling more lots. It was not exactly the most favorable location for a town. There were a few Native American trails that went down by it, but not to it.

“He really played it up as a sound place for people to kind of make a good living, and the opportunity was there for the taking,” Kilgore continued. “The idea was he was going to call it Wallaceton. When he sent his application in for a post office, he boasted how many lots were being sold so quickly.”

Kilgore is skeptical it was as robust as Wallace’s application read.

“So, the story goes the government came back and told him there was already a Wallaceton in Pennsylvania, so they could not give him that name,” Kilgore said. “But because if, as he said, the lots were being sold so quickly and settlers are coming in as fast as he reported, their suggestion was he call it Prosperity.”

And, supposedly, that’s how Prosperity got its name.

The post office Wallace coveted still stands. It does not bear his name, as he so hoped for, but the name Prosperity is just below the United States Post Office sign. It is an ancient and charming building, where postmasters have served long careers behind the service window and where the brass post office boxes still greet the locals picking up their mail.

Just across Prosperity Pike is Marie Phillips’ home, an expansive farmhouse with a broad, latticed front porch, a side porch, shutters on each window and a neatly cared-for front yard. Earlier this year, a local newspaper wrote about the fanciful collection of gnomes in her garden. The 90-year-old lifetime resident said she sits most of the time in the back, enjoying the rolling pastures of farmland.

Her late husband was the town’s postmaster for years.

“It’s just a nice little town. Not much has changed. We all got along well here when I was a child, and that continued when I married and had my own children,” Phillips said.

“We just did most everything any little town would do and really never felt we wanted for anything that wasn’t right in front of us. We played in our yards. The community had parades. And we went to church.”

It remains unknown whether Phillips’ parents understood how rapidly the world was changing in the months leading up to their daughter’s birth here in November 1929. On Jan. 13 that year, frontiersman Wyatt Earp died. Two days later, the Rev. Martin Luther King Jr. was born. Earp was a famed lawman and illustrious gunfighter, and King obviously grew up to become a civil rights legend.

That was also the year Herbert Hoover was inaugurated; Babe Ruth hit his 500th home run, the first Academy Awards ceremony was held; Vatican City became an independent sovereignty; Jacqueline Bouvier Kennedy Onassis was born; and the stock market crashed, spiraling the country into the worst economic downturn in history that would last until Phillips was 10 years old.

Nothing was left unmoored. Our culture was on fire. Civic values were shifting. And the world’s economy just had collapsed — all before Phillips was born in this tiny village on the edge of Washington County.

Prosperity means different things to different people. Its importance is determined not just by geography but also popular culture. Is there a trade-off if individuals decide on society’s newest measure of success? Sure. But no one decision on how you, as an individual, measure prosperity is right or wrong.

For some, that pursuit of good fortune means the ability to provide themselves and their family shelter and food; a decent education; the dignity of a good job; access to health care; a place to practice your faith; and having all of your family near you.

For others, that satisfaction means a path to power; a demanding career and the lucrative bonuses that come with it; the ability to purchase what you want when you want it; a social media profile that influences popular culture; and living in the biggest house in the best neighborhood.

Neither is right or wrong. But you have to wonder: If the town of Prosperity were founded today, would it have to look like the latter to be granted that name, or would we still have enough room in our culture to accept all kinds of prosperity?

Salena Zito is a CNN political analyst, and a staff reporter and columnist for the Washington Examiner.

“Unlike the flu, there are no proven antiviral treatments for COVID-19.

In addition, COVID-19 appears to be about 10 times as deadly as the flu. People who contract coronavirus face a far greater risk of death than those who get the flu, according to the World Health Organization. WHO also says that COVID-19 is 10 times deadlier than the H1N1 swine flu strain.

And, because nobody has natural immunity, the number of individuals who could be infected and may have a fatal case of COVID-19 is everybody in the world vs. a subset of individuals in the case of influenza.”

"Neither is right or wrong."

Sounds like my kind of town - never was what one would consider a "type A" or driven sort. And no one would ever accuse me of being an over-achiever... but that's ok, most of us drones are comfortable in our own skin.

Ah.... for a return to the Obama Economy. And this is from February... before the COVID crash.

“Trump’s Deficits Are Racing Past Obama’s

President Trump on the other hand was handed an economy that was growing. In 2017, his first year in office the deficit grew to $666 billion, was $984 billion last year and is projected to be over $1 trillion in 2020 at $1.02 trillion. This would be a 74% increase in just four years and going forward the Federal deficit could escalate to $1.7 trillion in 2030.

When you compare the last three years of Obama’s Presidency vs. Trump’s first three years, Trump’s deficits will be almost $1 trillion greater at $2.47 trillion to $1.51 trillion for Obama. It doesn’t look like Trump’s tax cuts will pay for themselves.”

President Lysol, please stop the mad attempts to beat President Obama at everything.

For the new Un-United Socialist States of America, there is only one path ... “the path of Entitilement", at the expense of rich folks, and corporations that supply a majority of our needs, and jobs, with the Govment not owning them, just controlling them. Period.

Oh... the States are United. You have just distanced yourself from the good people of America, Spacy Peter.

All the economy needs is another Democratic President to come in and clean up the mess made by yet another republican.

“Trump Is Right About One Thing: 'The Economy Does Better Under The Democrats'“ 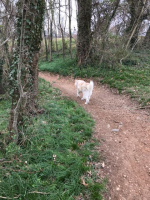 "...would we still have enough room in our culture to accept all kinds of prosperity?" Wealth and prosperity are not the same. Prosperity supports; wealth controls.

Thanks, Drake. Saved me the trouble.

Perhaps the question Zito should have asked was: Wealth or prosperity, will we be able to keep younger generations in "towns" like that? If you can't do that then little else matters to them. Pennsylvania, and I am sure other states too, are filled with near deserted town like she describes. The few people who still live in the depressingly dilapidated buildings are in their 70s and 80s, and the only steady visitor is the social service lady from the county seat. Sad but true and a fact of life.

Kenneth, how is allowing anyone to keep more of T-H-E-I-R O-W-N M-O-N-E-Y redistribution?

Tommie - how is cutting the taxes for the rich and forcing the whole country into debt NOT redistribution?

“Trump’s Deficits Are Racing Past Obama’s” “ President Obama entered office in early 2009 in the teeth of the Great Recession. Not surprisingly, the deficit exploded from $459 billion in calendar 2008 to over $1.4 trillion in calendar 2009. As the economy recovered the deficits shrank to a low of $442 billion in 2015 and was $585 billion his last year in office. President Trump on the other hand was handed an economy that was growing. In 2017, his first year in office the deficit grew to $666 billion, was $984 billion last year and is projected to be over $1 trillion in 2020 at $1.02 trillion. This would be a 74% increase in just four years and going forward the Federal deficit could escalate to $1.7 trillion in 2030. When you compare the last three years of Obama’s Presidency vs. Trump’s first three years, Trump’s deficits will be almost $1 trillion greater at $2.47 trillion to $1.51 trillion for Obama. It doesn’t look like Trump’s tax cuts will pay for themselves.“ #WearYourMask #DontDrinkBleach