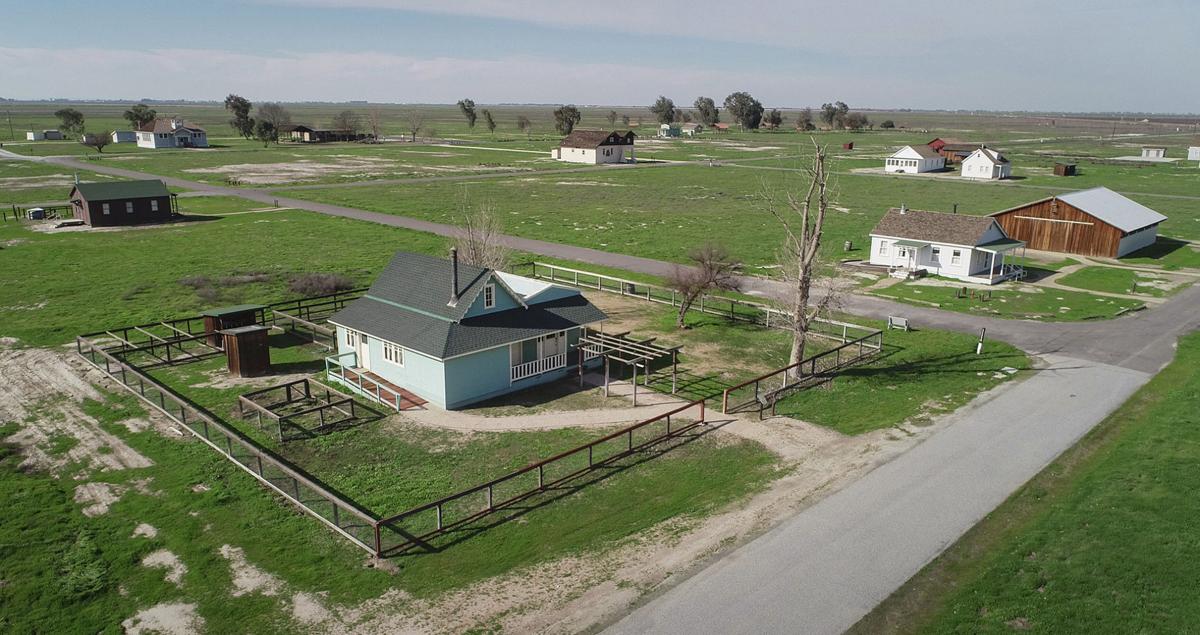 By Terrance Dean and Trevon Logan

By Terrance Dean and Trevon Logan

The recent 100th anniversary of the Tulsa massacre brought renewed attention to the way, throughout much of American history, racial violence has destroyed Black lives and livelihoods. But not all wealth destruction has been violent.

It’s no less important to recognize the myriad instances in which a white establishment has more subtly undermined Black efforts at world-building and economic advancement, effectively stealing their boots while telling them to pull themselves up by their bootstraps. The sad story of Allensworth, Calif., is a case in point.

The town owes its existence to two Black men: the distinguished Army officer Col. Allen Allensworth of Kentucky and William A. Payne, an Ohio educator and Denison University graduate. Inspired by Booker T. Washington’s message of economic self-sufficiency, they set out to establish a place “where African Americans would settle upon the bare desert and cause it to blossom as a rose.”

Together with Los Angeles minister William H. Peck, Nevada miner J.W. Palmer and Los Angeles Realtor Harry Mitchell, they incorporated the California Colony and Home Promoting Association in June 1908. That same year, they purchased land for the new municipality, halfway between Los Angeles and San Francisco, and adjacent to a depot on the Santa Fe Railroad line, which was the major transportation route between Northern and Southern California.

The new town grew quickly. Black Americans bought lots, started farms and opened businesses. Railroad travelers would stop to transfer, purchasing goods and services on their way. With more than 800 acres devoted to sugar, wheat, barley, cotton and poultry, Allensworth supplied neighboring towns along the railroad, and became a depot for grain and cattle merchants, who frequented the restaurant, hotel and livery stable.

By 1912, the town had its own post office, voting and school districts, and two-room public school (with Payne as its first teacher and principal). Allensworth quickly became a shining example of Black self-sufficiency and prosperity.

But this also proved to be its greatest vulnerability. White-owned business interests soon started to deal with it in ways that only racism can explain.

The Pacific Farming Co., which sought to develop rural areas into farms and municipalities, initially profited by selling plots to Black people at inflated prices, but it then limited Allensworth’s growth by prohibiting land sales to African Americans. Worse, the Pacific Water Co. reneged on a promise to build enough wells: It ultimately built only four, compared with 10 in a neighboring white town.

The company never responded to residents’ pleas to correct the disparity, and ultimately — in response to a lawsuit — it turned over the inadequate system to the town. This was devastating. The community lacked the capital and other resources needed to drill deeper wells, fit them with pumps and make other improvements. Without access to water, Allensworth’s agricultural economy suffered.

That’s not all. In a profound act of economic punishment, the Santa Fe Railroad Co. diverted trains away from Allensworth. In 1914, it built a new stop in a neighboring town even though the original stop was fully functional and prosperous. The town of Alpaugh became a new spur and shipping center.

Allensworth fell into decline almost as quickly as it had developed and prospered. Families began to leave as economic activity dried up and the water calcified. By 1920, the colony’s economy and political leadership were in limbo.

To this day, the actual homes, school, church, store, hotel and library remain. Amazingly, Allensworth is intact, standing as a desolate shell of itself in the California desert.

Just as surely as the Black communities of Tulsa, Okla., and Rosewood, Fla., attracted white mobs, Allensworth’s thriving, success and achievement made it a target for an equally destructive process. This economic punishment has repeated itself from generation to generation — in the construction of interstate highways, in urban renewal projects, in modern-day gentrification — to create and entrench the deep racial disparities in wealth, environment and opportunity that divide America today.

Only by recognizing the damage done, and seeking ways to repair it, will this nation move forward.

Terrance Dean is a professor of Black studies at Denison University in Ohio. He previously worked as an executive at MTV, has authored several books and holds a doctorate in religion from Vanderbilt University.

Trevon Logan is a professor of economics at the Ohio State University and a research associate at the National Bureau of Economic Research.