Rams vs. Cardinals: Updates and scores from the NFL playoffs

Editorial: For Richmond pandemic relief, community centers work best when a community is stable
0 Comments
Share this
1 of 2 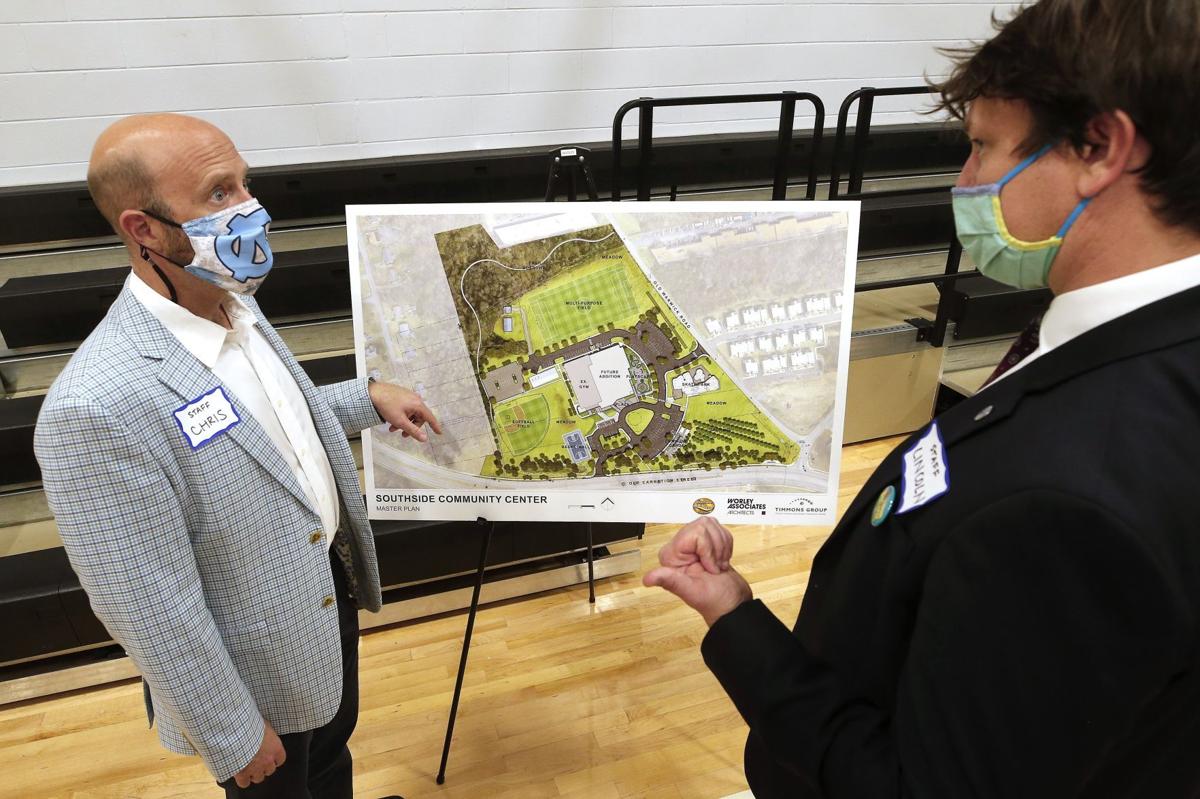 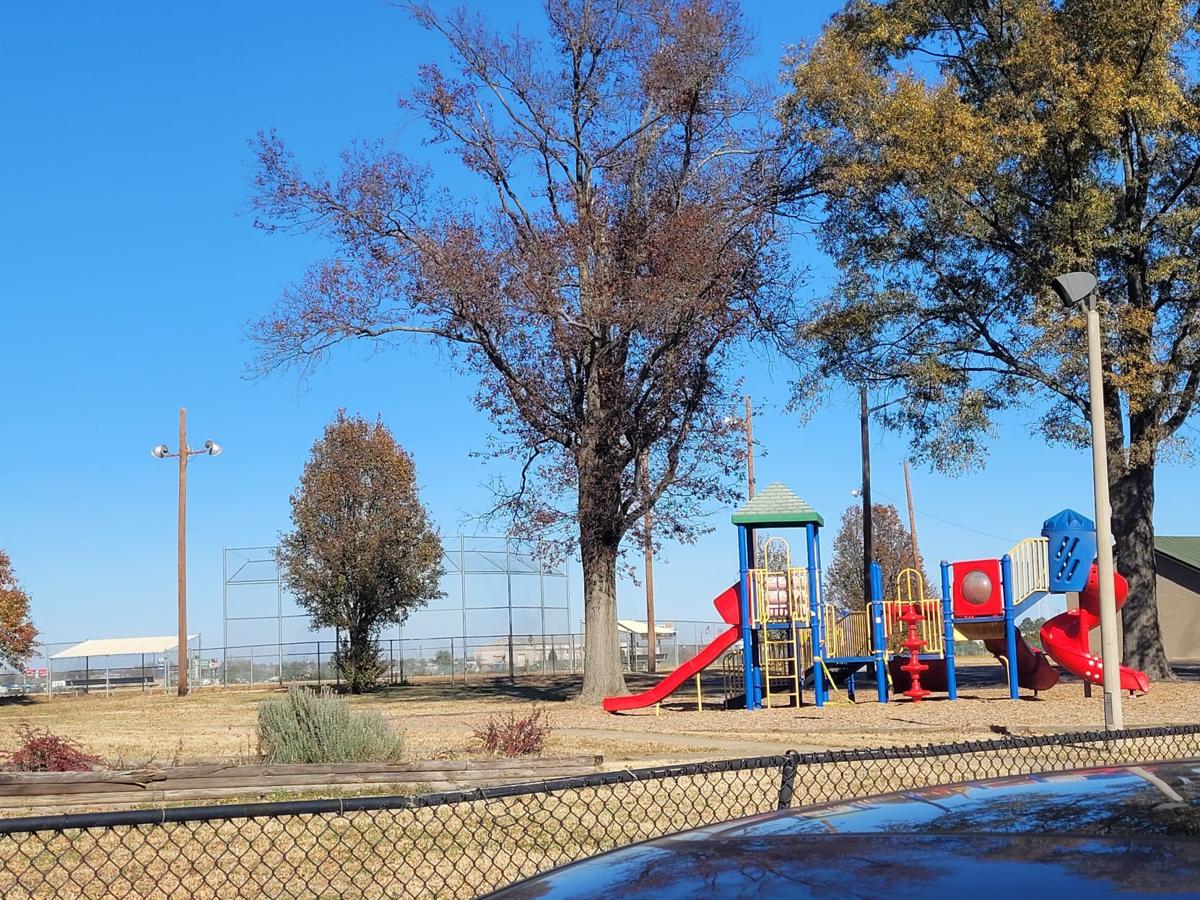 There is a playground adjacent to the T.B. Smith Community Center in South Richmond, which is a center slated for federal pandemic aid.

The outlay touches many priority areas for Richmond residents: $32 million for affordable housing, $5 million for health equity, $19 million for climate change programs, and $81 million for community centers, parks and trails. A sizable chunk of that $81 million will be for revitalizing the T.B. Smith, Southside and Calhoun centers, and building a new center in the East End at Lucks Field.

With such a large pool of tax-free federal money coming to Richmond, could more of it be spread around to other critical areas such as child care support, health care and better housing or other economic development?

The $1.9 trillion ARPA, including $350 billion for state and local governments, was meant as recovery aid for a nation still reeling from the pandemic’s economic fallout. As threats of the omicron variant spread, more vaccination efforts may be needed to help keep children safe at community centers once opened or refurbished. The centers come with additional costs to operate effectively; they need adequate staff and other resources to keep services afloat.

Not everyone on City Council was on board with some aspects of the two-year spending plan. Councilwoman Kristen Larson of the 4th District hinted at some concerns. “When we rush construction, we don’t always do our best,” she said during an Oct. 4 council meeting. Larson and Councilwoman Ann-Frances Lambert favored trimming $40 million from funding for T.B. Smith and Lucks Field.

Other members initially had proposed shifting more funds to other critical areas, such as rental assistance, emergency direct aid for families, increased broadband, subsidies for public transit and homeless services. But as The Times-Dispatch reported, a majority, in a 7-2 straw poll, approved sticking with the spending plan as proposed by Mayor Levar Stoney.

In Richmond, community centers fall under the human services umbrella, and serious work is needed on those in underserved neighborhoods. The T.B. Smith center on Ruffin Road was built in 1990, has a small footprint and features steel grates on its windows, which suggests that door locks aren’t enough.

Calhoun, owned by the Richmond Redevelopment and Housing Authority, was built in 1970 and is across the street from Richmond’s largest public housing community, Gilpin Court. At least one organization leasing space at Calhoun told RTD Opinions the building has no heat or working elevator. Its pool has been closed for a decade. Southside, built in 1975, has been the focal point of redevelopment plans for years.

The T.B. Smith, Calhoun and Lucks projects are slated to get $1 million each for the first year, with Southside proposed at $8 million. The second year, Smith and Lucks Field are proposed to each receive $19 million more. Calhoun would get an additional $7 million, Southside another $8 million.

Federal aid can help jump-start the work needed at these centers, but funding a community center is not a one-time expense. What are the long-term expenses for a community center? They don’t generate revenue, so likely taxpayer dollars will need to cover the costs.

Neighboring localities using the same federal aid have prioritized other areas. For example, $55.8 million of Chesterfield County’s money will cover wastewater improvements and park maintenance. Hanover County is using a majority of its $29.7 million for broadband expansion.

Other allocations over the two years for Richmond include $20 million for affordable homes, plus $6.8 million for Creighton Court and $5.5 million for Highland Grove redevelopments. Another $14 million is for the James River Branch Trail purchase, other trails, the parks master plan and the Forest Hill Park and Texas Beach areas, and $19 million is marked for resiliency, climate and stormwater mitigation programs.

Comparatively, a modest $2 million is earmarked for public child care, $1.5 million for combating gun violence, $5 million for hazard pay bonuses and $2 million for enhanced lighting (street and business) and cameras. Roughly 1 in 4 Richmond residents live in poverty, according to census data. At least three-quarters of Richmond Public Schools enrollment participates in the free/reduced lunch program, per the Virginia Department of Education.

Investment in beautiful community centers is important, but ample investment in public child care, so parents can go to work, also is needed, plus more programs aiding mental health — something stretched beyond the brink during this pandemic for many. When children leave community centers, they need safe streets and homes to come to as well. Community centers work best when the health of the community is stable.

Lisa Vernon Sparks is Opinions co-editor. She may be reached at: lvernonsparks@timesdispatch.com

Editorial: As Virginia nears universal broadband, the state has to measure its return on investment

When Gov. Ralph Northam began his term in 2018, an estimated 660,000 Virginians lacked high-speed internet access. That staggering figure was …

Editorial: Hoping for a new year without the exponential time lapse

One late night while doomscrolling on Twitter, I came across comments about the 1973 movie “Soylent Green.” At the risk of dating myself (eyes…

Editorial: Reflections for the Christmas season

There is a playground adjacent to the T.B. Smith Community Center in South Richmond, which is a center slated for federal pandemic aid.