Editorial: Historic marker tells the rest of the story
0 Comments
Share this
1 of 2 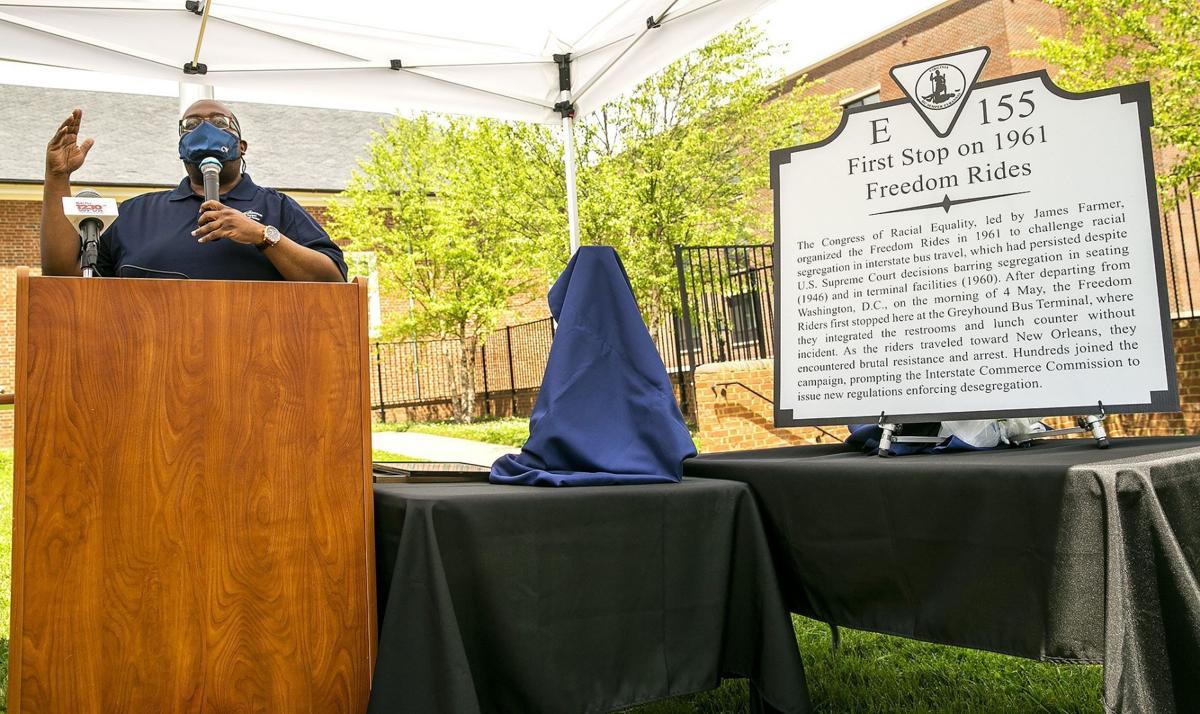 Earlier this month, Chris Williams, assistant director of the University of Mary Washington’s James Farmer Multicultural Center, spoke at an event where the historical marker about Fredericksburg’s role in the 1961 Freedom Rides was unveiled. 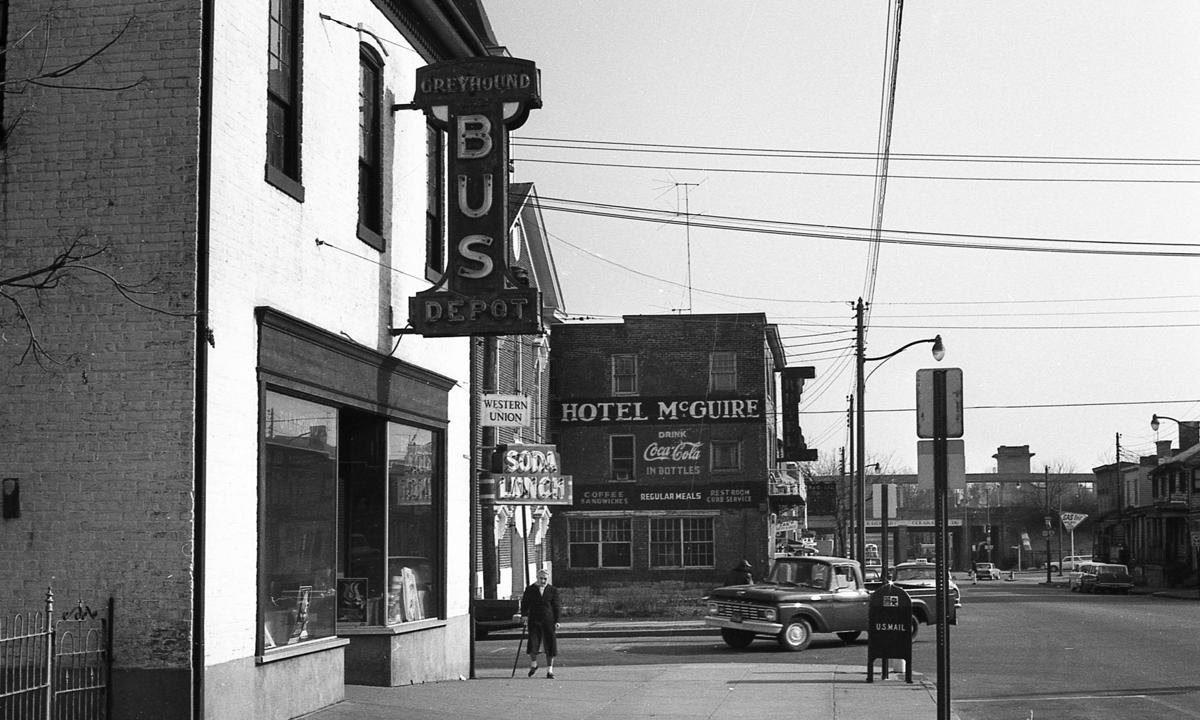 The Greyhound Bus Depot at the intersection of Princess Anne and Wolfe Streets, shown in 1965, was the first stop of the 1961 Freedom Riders.

The final song in the musical “Hamilton” asks: “Who tells your story?”

Our human stories tend to get told by those who are in power, and sometimes history gets skewed in the process. The stories of the powerless often don’t make it into the history books and onto historical markers.

Virginia’s state historic marker program, the first of its kind in the nation, was begun almost a century ago, in 1927.

The first markers were along U.S. 1, running through Fredericksburg on its way from the Potomac River to the North Carolina line.

It would have been more accurate to have called it the state white historic marker program.

By 1930, 700 markers had been erected. Three of them were dedicated to Black history. Jim Crow was riding high, and Virginia reflected the times in who and what it chose to memorialize.

All of this makes the Virginia historic marker that’s now on Princess Anne Street in Fredericksburg all the more laudable.

The temporary marker, which will be replaced by a permanent one in November, recognizes the Freedom Riders’ first stop in the city on May 4, 1961, in their perilous journey south to protest segregated facilities.

James Farmer, who later would teach at what now is the University of Mary Washington, was the group’s executive director and national director of the Congress of Racial Equality, making the marker even more meaningful.

May 4 in Frederickburg was proclaimed “Freedom Riders Day.”

More than 400 volunteers rode buses through the South as part of the Freedom Riders’ effort. They were advised before embarking on their journey to write their last wills and testaments.

On that day 60 years ago, a white man entered a “colored” restroom at the Greyhound terminal, which was located near the present fire station. A Black man entered the whites-only restroom and then ordered a sandwich at the whites-only lunch counter. These actions took place without incident.

The beatings, attacks and at least one firebombing that seemingly innocuous acts like these would breed farther south didn’t happen here. But this is where the journey began.

The marker in Fredericksburg is part of a trend. From its white-centric beginning, Virginia’s historic marker program has done much to become more inclusive. Of some 2,500 markers now, 12% are dedicated to Black history.

Markers like the one on Princess Anne Street are one way of making sure that everybody’s story gets told.

Virginia officials joyfully announced on Monday that the state had reached a key milestone in the fight against the coronavirus pandemic: 70% …

On June 19, 1865, federal troops arrived in Galveston, Texas, bringing news that the Civil War had ended two months earlier and that President…

Of all the elements of daily life most affected by the COVID-19 pandemic, public transit certainly was among the hardest-hit services.

Editorial: Do your part to contain COVID-19 by getting vaccinated

Editorial: Could Southside or Southwest Va. be a 'regional technology hub'?

Why is the price of cars going up so much?

Editorial: Richmond’s November referendum is about a whole lot more than a casino

The decision to approve or reject a casino in Richmond finally is in the people’s hands.

Tourism ranks among the commonwealth’s top industries and was one of the hardest hit during COVID-19. We asked Rita McClenny, president and CE…

The Pulitzer Prize is the highest honor a journalist can achieve. It is awarded to the best of the best, to those extraordinary writers whose …

Earlier this month, Chris Williams, assistant director of the University of Mary Washington’s James Farmer Multicultural Center, spoke at an event where the historical marker about Fredericksburg’s role in the 1961 Freedom Rides was unveiled.

The Greyhound Bus Depot at the intersection of Princess Anne and Wolfe Streets, shown in 1965, was the first stop of the 1961 Freedom Riders.