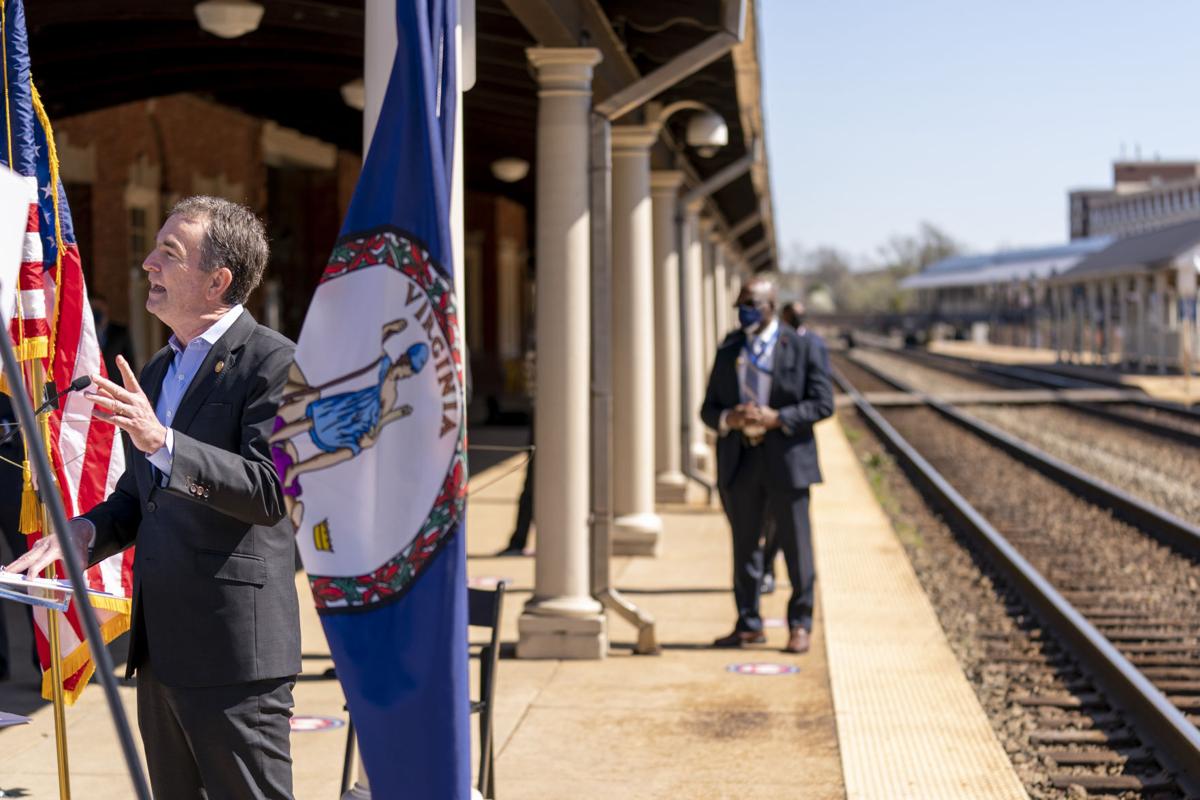 Gov. Ralph Northam spoke at a Tuesday news conference in Alexandria to announce a deal for expanded rail service in Virginia. 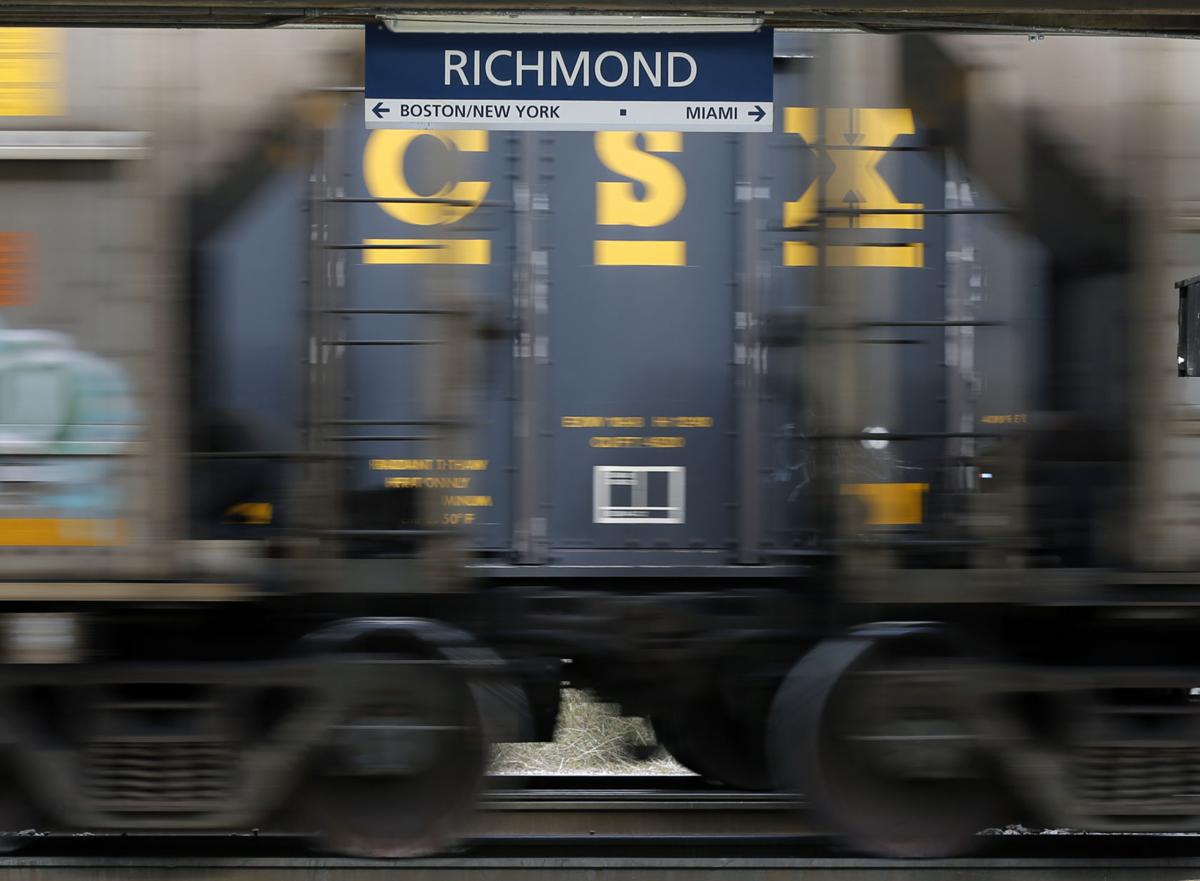 In March 2018, northbound and southbound freight trains passed each other at the Staples Mill Amtrak station in Henrico County.

In December 2019, Gov. Ralph Northam was bullish about the need to improve Virginia’s rail system. The commonwealth introduced a $3.7 billion deal with CSX to expand service, improve efficiency and add economic opportunities in the years ahead.

“We have a once-in-a-generation opportunity to make our rail system work better for everyone, both in Virginia and along the entire East Coast,” Northam said in a statement at the time. “This agreement will change the future of transportation in Virginia, improving our ability to move people and goods across the state, and opening up potential rail service in underserved parts of the commonwealth.”

State officials had no idea that a once-in-a-generation pandemic would upend the timeline for initiating improvements. After a patient 15 months of planning, Northam was joined Tuesday by U.S. Transportation Secretary Pete Buttigieg and other partners in Alexandria to announce the multilateral deal was finalized.

The COVID-19 pandemic has changed budgets, commutes, travel patterns and other considerations about how we move around the commonwealth. But the arguments in favor of this particular vision — one that addresses passenger, commuter and freight transportation needs — have not changed. This rail deal will go a long way for Virginia.

Interstate highways only can go so far for in-state and out-of-state travelers. In a Tuesday release, the governor’s office explained that Virginia’s population is estimated to reach 10 million over the next quarter-century, with 20% of the new arrivals concentrated in Northern Virginia.

More cars on Interstate 95 means more time lost at chokepoints like the regular bottleneck near Occoquan. Whether you’re heading to Richmond, to New York or to Miami, the same quandary exists. According to the Virginia Department of Rail and Public Transportation (DRPT), commonwealth travelers rack up 230 million hours in delays each year, totaling $6.5 billion in costs.

Even if another lane of traffic was added in each direction, just 50 miles of roads carries a $12.5 billion price tag — the congestion likely would continue, DRPT adds. The rail deal only is one-third as expensive and it helps serve short and long distances, with short- and long-term goals.

Over 10 years, the rail deal would double Amtrak trains to near-hourly service and Virginia Railway Express commuter service would expand by 60%. Virginia also would be positioned as part of any future high-speed rail corridor, connecting with other corners of the southeast region.

Getting more passenger and commuter trains also requires solving a serious rail bottleneck. Since 1904, the Long Bridge has served as the single, two-track passageway for any train — including freight — to cross between Virginia and Washington, D.C. DRPT notes that at peak times, the bridge is at 98% capacity.

Imagine if every car or truck traveler along I-95 had just two lanes each day to work with. We wouldn’t accept that, and the rail deal rightly prioritizes a new Long Bridge to double capacity. That capital improvement has the potential to ease the burden on nearby roadways, while also helping the Port of Virginia pursue its goal to handle a threefold jump in commercial shipments, the governor’s office said.

“This historic initiative will help get people and goods where they need to go more efficiently, reduce congestion and pollution, and create a more inclusive economy,” Northam added on Tuesday.

We agree. The financing of the deal truly is multilateral, with federal, state and local/regional sources said to pick up one-third of the costs apiece, per DRPT. And $525 million of the $3.7 billion expense goes toward the commonwealth acquiring the right-of-way for rail lines along I-95 from Richmond to Washington, D.C., to make necessary upgrades.

Too often, car, truck or train trips in the commonwealth face make-or-break traffic circumstances. By investing in improved rail options, the commonwealth stands to see $2 billion in economic growth each year.

That certainly sounds like a deal to make, and a better solution than losing time and money to more gridlock. If purposefully executed, this well-intentioned rail deal will go a long way for Virginia.

Gov. Ralph Northam spoke at a Tuesday news conference in Alexandria to announce a deal for expanded rail service in Virginia.

In March 2018, northbound and southbound freight trains passed each other at the Staples Mill Amtrak station in Henrico County.