Editorial: The pluses and minuses of virtual meetings
0 comments
Share this
1 of 2 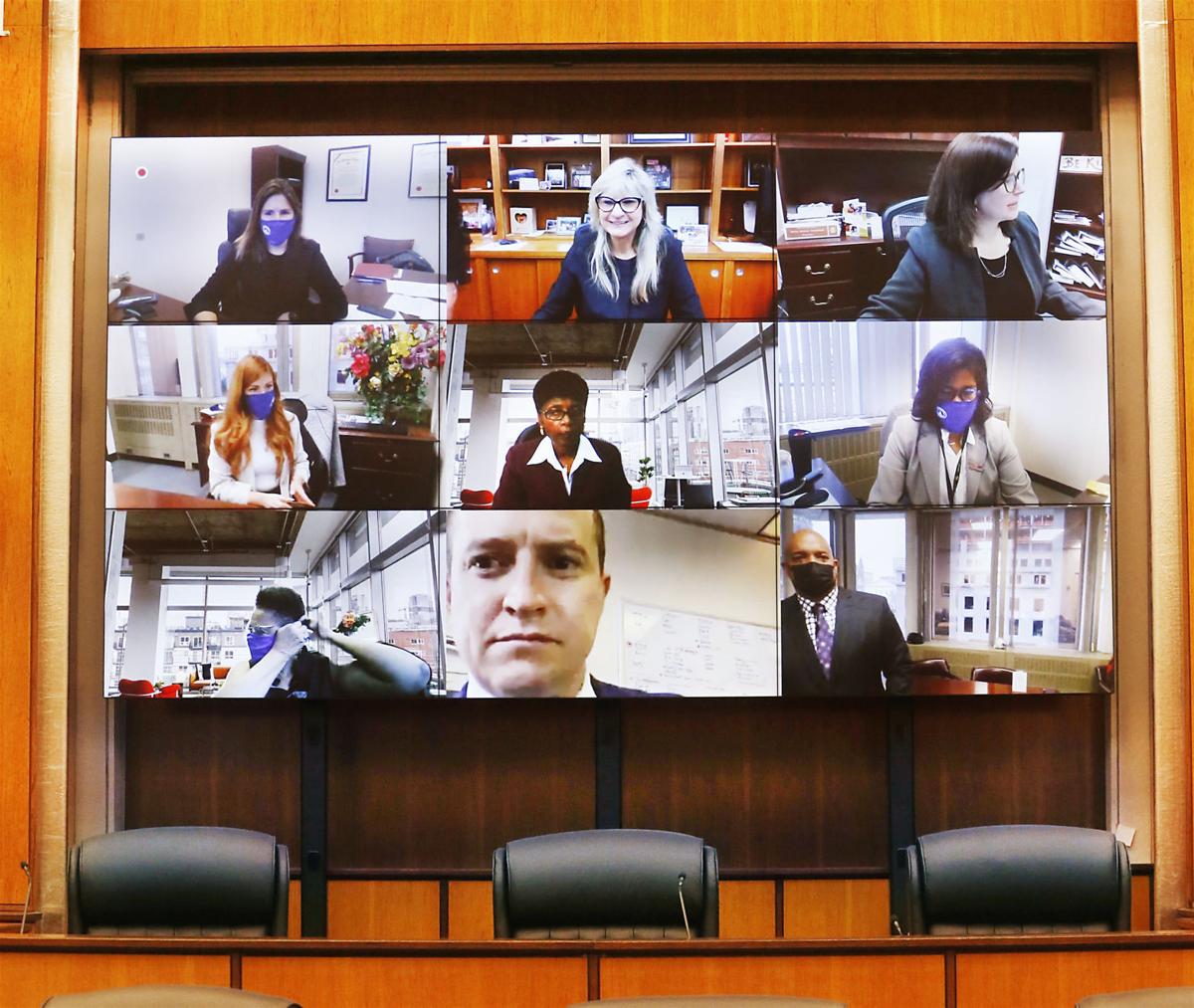 In January, the new Richmond City Council met virtually before coming individually to the chamber at City Hall to be sworn in. 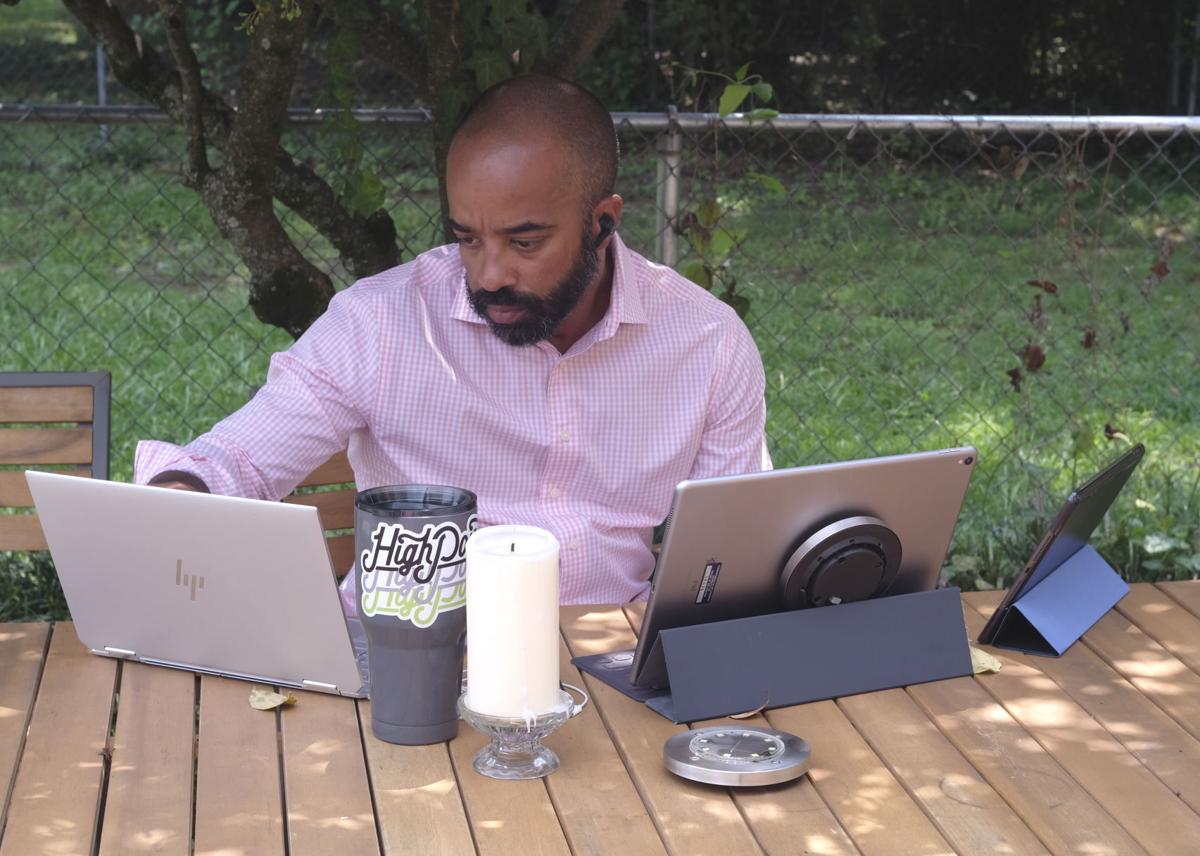 In August, Del. Jeff Bourne, D-Richmond, participated in a virtual meeting of the House Public Safety committee as he sat under a tree in his backyard.

Public participation in government meetings locally improved under the COVID-19 induced shift to online presentations, according to several officials. That’s a gratifying development.

This time this past year, when governing bodies were taking their first experimental steps toward virtual meetings, we had some concerns.

“…[P]art of what makes our democracy work is the ability to look our leaders in the eyes and demand answers from them, to insist on personal accountability,” we said in an April 5 editorial. “It is the ability to see our fellow citizens in action and get a better understanding of their ideas and motives. It is the ability to be enlivened and challenged by the energy of a public meeting… .”

While virtual meetings potentially allow for greater participation, they also have some drawbacks.

On the plus side, more people can enter a Zoom room than ever could be accommodated in the physical spaces used as meeting halls in both Albemarle County and Charlottesville — even before social distancing mandated reduced capacity.

An expansion in meeting attendance is exactly what some officials have witnessed.

Take, for example, the Albemarle County School Board.

Previously, officials would have considered a healthy turnout to be 15 or 20 members of the public. Once meetings moved online, it wasn’t unusual to have 1,000 people or more in virtual attendance, said school division spokesman Phil Giaramita — and, in one case, there were more than 2,000 attendees.

The Charlottesville School Board, too, saw higher attendance figures.

Virtual meetings also eliminate travel time to and from meeting places. And they remove the need for parents to find child care in order to attend a meeting; parents can multitask while keeping one eye on children and the other on the Zoom meeting.

In both cases, that often is an equity issue, disproportionately affecting people who can’t afford the technology — whether it’s a personal vehicle or a personal computer.

In Albemarle, it also is an issue for anyone, affluent or not, who lives in a rural district not well served by broadband.

Although in theory 1,000 people could participate in a meeting, in practice that scale is unsustainable. Both Albemarle County’s Board of Supervisors and the Charlottesville City Council had to restrict comment opportunities after their initial experiences with disrespectful remarks or meetings being hijacked by boisterous participants.

Of course, such disruptions can occur in person, too; but it’s easier to gavel down a handful of vociferous attendees than to control hundreds on Zoom.

Comments still are accepted, of course, but in ways that might wall them off from live, real-time, two-way participation.

While it’s clear that virtual meetings allow more people to see their governments in action, it’s not clear yet whether this format — with all of its benefits and disadvantages — has been good for democracy.

So far, we know that citizen attendance at meetings has improved in quantity — but we don’t know whether that has produced an improvement in quality.

And we probably won’t know for a long time — possibly not even until sociologists and political scientists are able to look back on the extraordinary changes wrought in our society by COVID-19.

And even then, “quality” is a subjective term, defined differently according to a diversity of values.

Our sense of values tells us that democracy is a two-way street, with the opportunity for the public to see government in action being only part — albeit a foundational part — of the equation.

Citizens also need to be able to communicate to their leaders, and then to see that their leaders are attentive and responsive to those communications.

Editorial: Let's all do our part against COVID-19

For the most part, the numbers are the most encouraging they have been in more than a year.

In January, the new Richmond City Council met virtually before coming individually to the chamber at City Hall to be sworn in.

In August, Del. Jeff Bourne, D-Richmond, participated in a virtual meeting of the House Public Safety committee as he sat under a tree in his backyard.