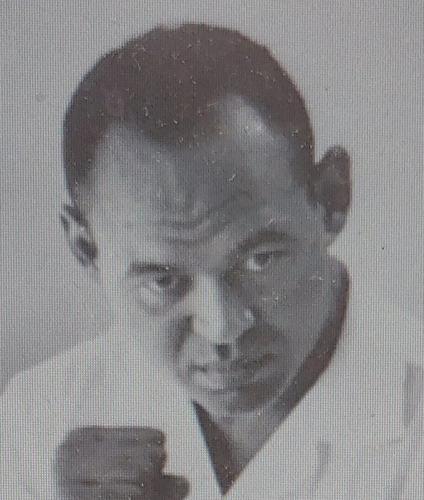 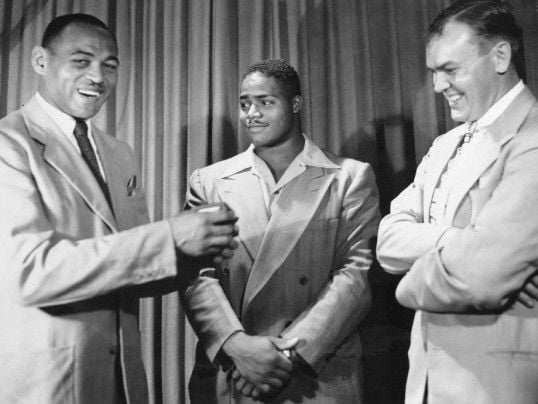 The Summer Olympics still are months away — assuming they come off at all, given the pandemic. Still, it’s not too soon to be thinking about one particular Olympian.

His name was Norvel Lee, and we’re nearly seven decades late in recognizing him.

Lee won a gold medal in boxing in the 1952 games in Helsinki, Finland. So did another American boxer named Floyd Patterson, who went on to become even more famous as the world heavyweight champion.

Lee, unlike Patterson, never turned pro — even though he had offers — and so he never became a celebrity outside boxing circles.

So why do we care about Lee today?

Here’s why: He grew up in Botetourt County. How many other Olympic gold medalists have hailed from this part of the state? Let’s safely put the figure at “not many.” He also was the first Black Virginian from anywhere in the state to win Olympic gold.

Lee’s gold medal win alone should qualify him for a historical marker, but there are other reasons why we should count Lee as a historical figure worthy of recognition. He knocked out opponents in the ring but perhaps the most important opponent he knocked out was Jim Crow.

In 1948, seven years before Rosa Parks was arrested for refusing to give up her seat on a bus in Alabama, Lee was charged with refusing to give up his seat on a train in Alleghany County. He challenged his conviction and the following year won a landmark Virginia Supreme Court ruling that helped dismantle at least part of the segregation that prevailed in Virginia — and the South — at the time.

Yet Lee today remains unrecognized in his home state and his home county. That should change and this year’s Olympics offer a prompt to make that happen.

For many of the facts we’re about to relate, we’re indebted to the book “Norvel,” published this past year by Kenneth Conklin of Daleville, whose name you might recognize from his occasional commentaries in The Roanoke Times. (The softcover version just has come out.)

Lee was born in 1924 in Lick Run, a small community north of Eagle Rock, which itself is pretty small. His father was a laborer in the Clifton Forge railyards. Lee grew up with a speech impediment that caused other kids to make fun of him. Conklin imagines his growing strength soon put a halt to that: “That fall in school anyone who attempted to bully him about his stammer quickly learned to stop.”

The middle school in Fincastle today is named Central Academy, a nod to the Black schools of segregation days that bore the name “Academy.” Lee went to the Academy Hill School for Negroes and is described in Conklin’s book as “the most academically motivated student” the teacher ever had encountered. At age 18, in 1943, Lee was in the Army — and Tuskegee, Ala. — for flight training. Technically, he was one of the famed Tuskegee Airmen. Lee qualified as a pilot but superiors grounded him because they feared his stammer would pose a problem in communications. He wound up working ground support for the Army Air Force in the Pacific. One day he met a sports celebrity on a tour to pump up morale — the famous boxer, Joe Louis. Hold that thought.

After the war, Lee hoped to go to West Point, but the academy then accepted few Black applicants. He wound up at Howard University in Washington, D.C. He tried to join the university’s boxing team but the coach was skeptical of a student he hadn’t recruited. Instead, Lee entered local boxing competitions and, before long, had made the 1948 Olympic boxing team as an alternate. The Howard coach learned to pay attention.

Lee didn’t box in the 1948 games in London but was an Olympian nonetheless. That September he came back to visit his family in Botetourt. It was on that return trip that he was arrested on the train between Covington and Clifton Forge, taken to the Alleghany County Jail and held until a $250 bond was posted.

At his trial — the record of which is extensively quoted in Conklin’s book — Lee’s attorney suggested that his client was arrested not simply because he was Black but because he was a Black Olympian, an accomplishment that challenged the white Southern view of how the world should work. Lee was convicted, fined $5 and appealed.

His lawyer was Martin A. Martin from the famed Richmond law firm of Hill, Martin and Robinson — the Hill being Oliver Hill who later argued part of Brown v. Board of Education and for whom the Roanoke courthouse now is named.

The next year, the Virginia Supreme Court sided with Martin’s argument — that even though Lee was on a local train, he had a ticket to Washington, which made him an interstate traveler, and courts already had banned segregation on interstate transportation.

Lee’s conviction was overturned. That case was one of many dents made in the legal foundation of segregation before it finally fell. Civil rights lawyers were able to use the rationale behind Lee v. Commonwealth to argue other cases in other states.

Lee made it back to the 1952 games, again as an alternate in the heavyweight division where his main duty was to be a chaperone for the 17-year-old Patterson, then competing as a middleweight.

When other American boxers came down sick, Lee was tapped to box in the light heavyweight division. To qualify, he had to drop 15 pounds in less than a week. He did so and still had the stamina to win four straight matches by unanimous decisions. Not only did Lee win gold, he also was awarded a special trophy as the most outstanding boxer in any weight class.

Despite this, Lee apparently never was mentioned in The Roanoke Times nor in any other local news media, according to Conklin’s research. We only can speculate why. Because Lee was a Washington resident at the time of the ’52 games, he technically wasn’t listed as a Virginia Olympian so maybe the newspaper simply didn’t know about his local connection. But let’s be honest: White journalists of the day weren’t much interested in anyone who was Black.

After the Olympics, Lee turned down offers to turn pro and retired with an amateur record of 100-5. Instead, he graduated from Howard University and then continued on in the Washington, D.C., area with his career as an educator, real estate investor and reserve military officer — finally retiring as a lieutenant colonel.

He died in Maryland in 1992 from pancreatic cancer. Whatever his official residence, the fact remains — Lee grew up here and made as much history here as he did in Helsinki. He needs a marker.

Column: Let’s give teachers the support they need to stay in the classroom and help students rebound

Let’s face it, teaching has never been harder. After toggling between in-person and remote learning and trying to stay healthy in a pandemic, …

Editorial: Youngkin is taking away (many) parents' rights

This is an editorial from Times-Dispatch opinion page.

Opinion: Despite what Biden says, pandemic is not over

President Joe Biden is flat-out wrong if he thinks the pandemic is over. Although the trendlines are pointing downward, the United States stil…