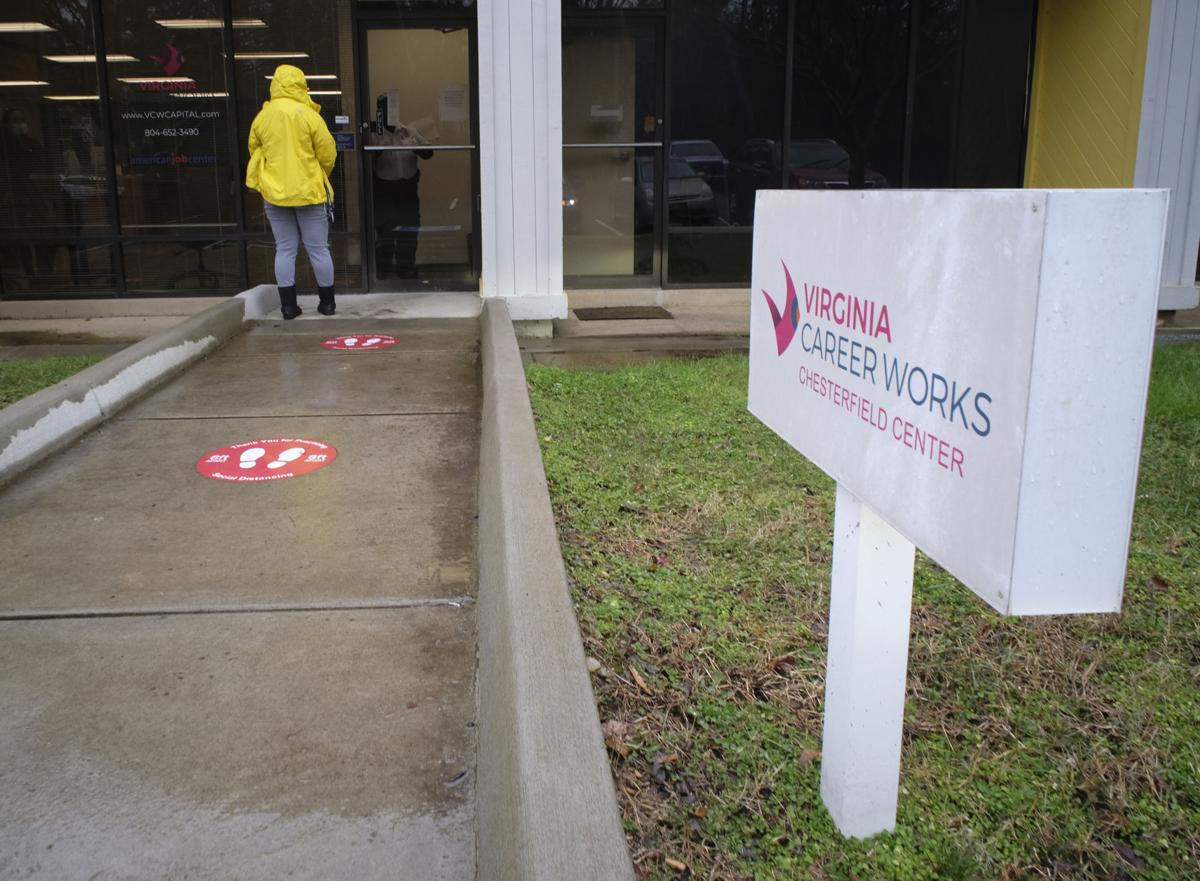 Earlier this month, a person waited to enter the Virginia Career Works center on Turner Road in Chesterfield County. 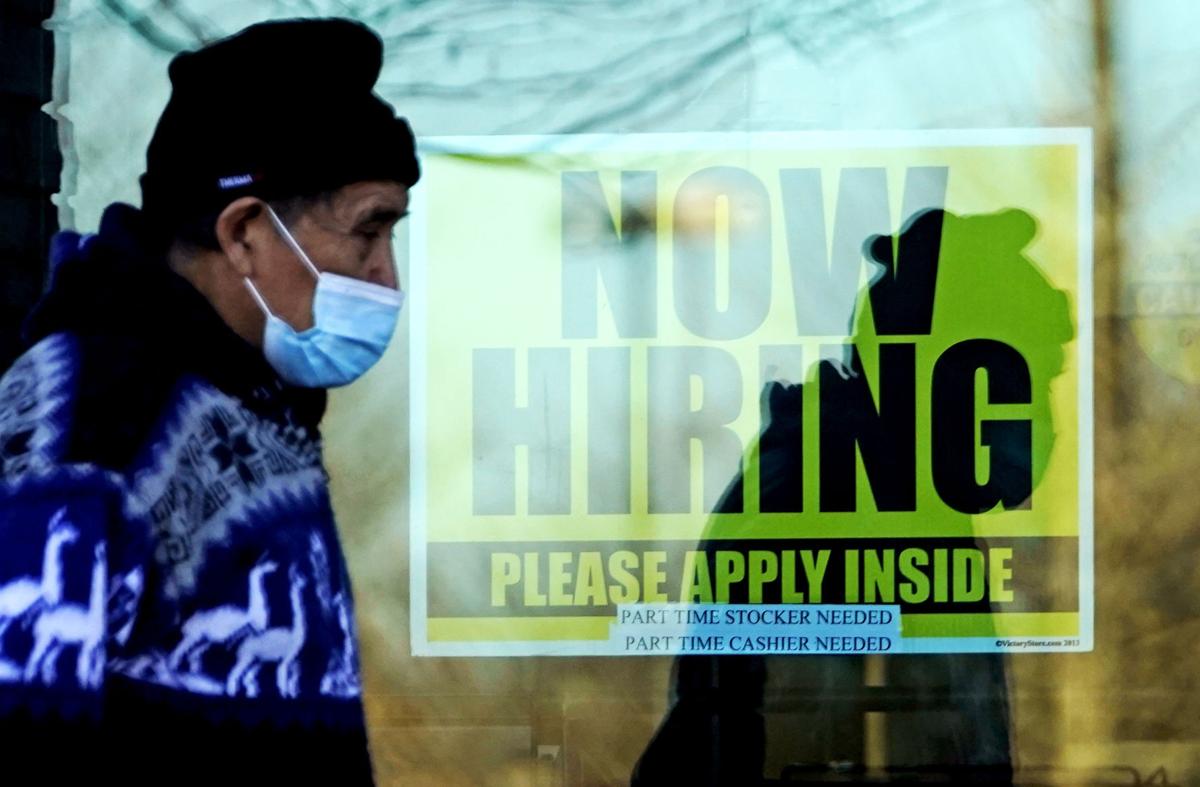 In late November, a shopper wore a face mask as he walked past a store displaying a hiring sign in Wheeling, Ill.

Not getting your unemployment check on time?

Perhaps it’s because the Virginia Employment Commission spent too much of its time (and your money) on fraudulent payments.

The VEC suspects it paid more than $40 million in unemployment funds to people who submitted claims on behalf of prison inmates. Prisoners, obviously, are ineligible — they have no jobs to lose, no reason to claim benefits.

The VEC said that it “assesses eligibility according to federal guidelines,” the Richmond Times-Dispatch reported, and that it “works diligently to prevent and address suspected incidents of fraud.”

A federal complaint has been filed against two former inmates alleging that they conspired to commit fraud and also perpetrated fraud in filing unemployment claims on behalf of five inmates. The two are in custody pending federal charges.

It’s unclear how many other such cases remain undiscovered or have been discovered but are yet to be prosecuted.

This all might tie in to other VEC problems — including the agency being overwhelmed with claims, especially those requiring special review, and the need to get benefit money (some of it supplied by federal COVID-19 relief legislation) in the hands of needy Virginians as quickly as possible.

This past June, the VEC began reviewing some of the cases that it had been processing apace. It also learned that unemployment agencies in other states were being targeted in inmate scams, The Times-Dispatch recently reported.

Also this past summer, the Virginia Department of Corrections alerted the state inspector general to the alleged fraud involving the two former inmates — one of whom was in prison at that time. Federal charges against the pair were filed in January.

As you might imagine, the details are convoluted. Some inmates say they don’t know how their personal information was obtained for use in the scam. Some of the benefits claimed apparently didn’t reach their intended destinations in any case, as the accused used fake addresses in order to hide their connection to the benefit requests, authorities say; the money, in the form of debit cards, was returned as undeliverable.

Still, the pair is suspected of duping the VEC into approving some $75,000 in unemployment benefits.

And if the VEC believes it lost $40 million, that’s just the tip of the iceberg.

Now, the VEC isn’t the only victim of scammers who take advantage of the confusion common in times of emergency — or the desperation of people in legitimate need.

As we noted, the inmate benefits scheme has popped up in other states.

And natural disasters such as floods or tornadoes generate opportunities exploited by the unscrupulous — everything from people posing as government officials in order to obtain private information with which to commit identity theft; to those who set up fake charities to solicit emergency donations; to vendors who price-gouge by selling necessities at exorbitant prices.

Disasters, a pandemic among them, seem to bring out the worst in people — but, thankfully, also often the best.

Still, although the VEC might have some justification for getting caught up in a scam like so many others, whether agencies or individuals, that in no way limits the dismay resulting from such an oversight — or the damage.

We hope investigators find and prosecute every single scammer, whoever and wherever they are.

— Adapted from The Daily Progress, Charlottesville

Editorial: Rail deal will go a long way for Virginia

In December 2019, Gov. Ralph Northam was bullish about the need to improve Virginia’s rail system. The commonwealth introduced a $3.7 billion …

Earlier this month, a person waited to enter the Virginia Career Works center on Turner Road in Chesterfield County.

In late November, a shopper wore a face mask as he walked past a store displaying a hiring sign in Wheeling, Ill.