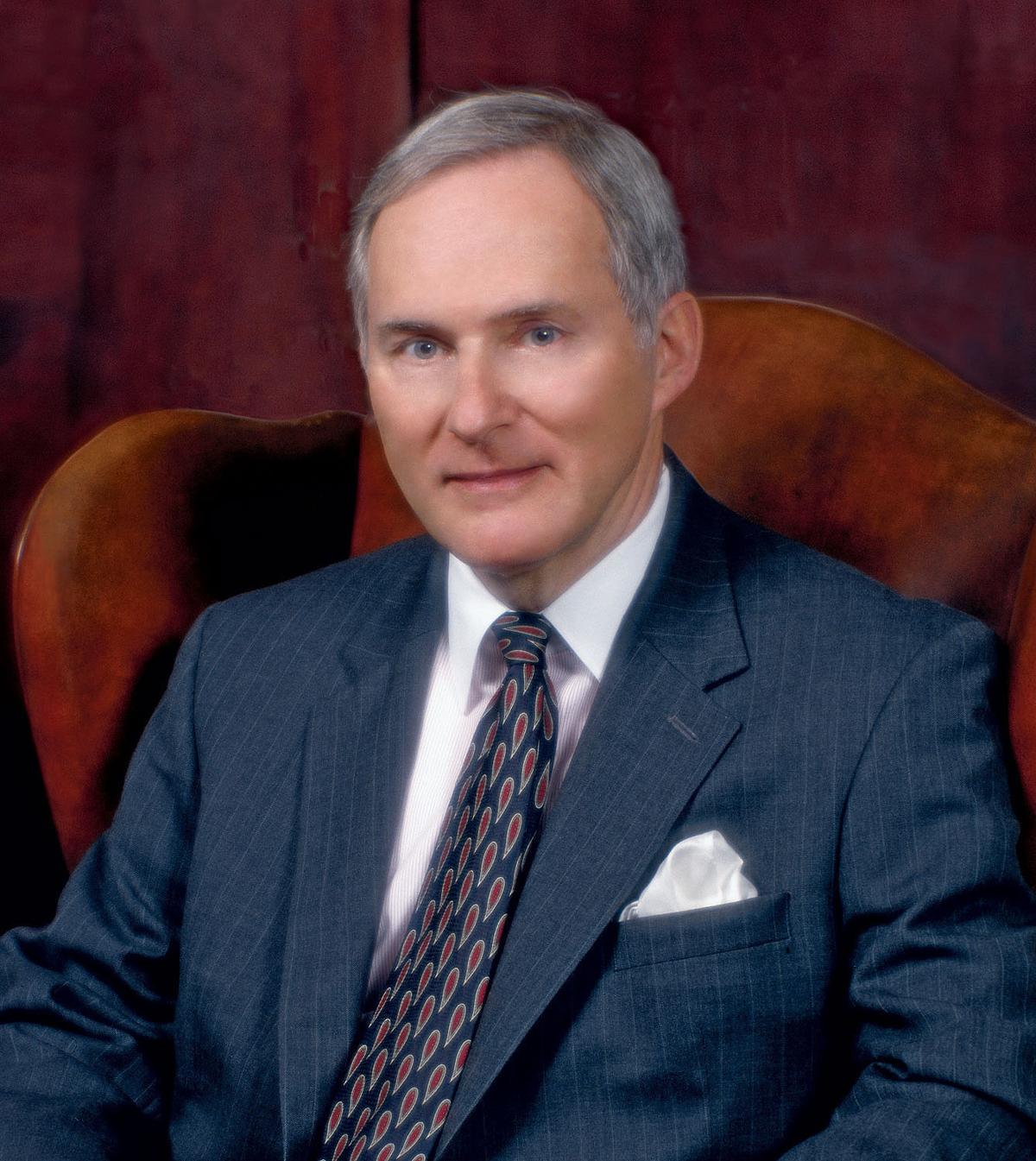 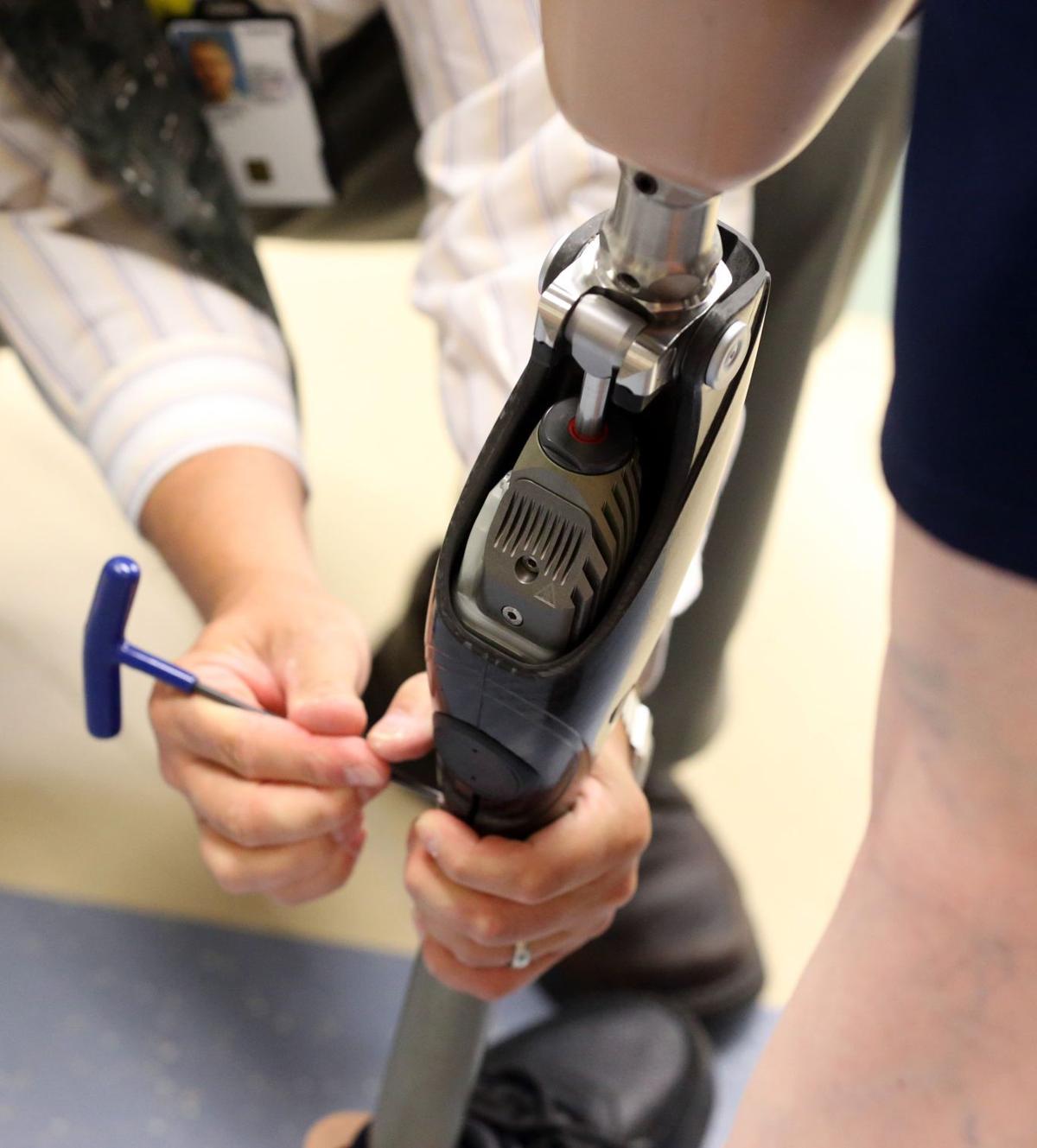 A knee-adjustment at McGuire VA Medical Center in Richmond.

In recent years, the Department of Veterans Affairs has come under intense scrutiny and heavy criticism for a variety of reasons. My experience with the VA, however, has been nothing but positive.

McGuire is one of seven of the 162 VA hospitals in the nation to have such a program. Specialists in movement disorder diseases who have treated me have helped slow the progression of my Parkinson’s, which has allowed me to live a relatively normal life.

One factor that helps explain my good fortune is something I began to notice early in my visits to McGuire: the large number of medical personnel holding joint positions with McGuire and VCU.

I had assumed that all personnel at veterans hospitals practiced exclusively for the VA. I have subsequently learned that the presence of VCU clinicians represents one of the most comprehensive academic health partnerships in American history, a cooperative arrangement that began as a result of World War II.

Following the Allied victory in 1945, the then 26-year old VA system faced a crisis because of the overwhelming number of veterans requiring immediate medical attention from injuries suffered in the war.

With fewer than 100 hospitals nationwide, mostly in rural areas, and less than 1,000 physicians in the system, the VA found it nearly impossible to meet the demand.

To address this new challenge, President Harry Truman, himself a veteran of World War I, directed the VA to sign a revolutionary agreement with medical schools throughout the country. Under the new arrangement, the VA would work with nearby universities with medical schools to help train resident physicians and students. They in turn would provide high-quality health care for veterans.

For 70 years, the VA has worked hand-in-glove with medical schools across the country to care for veterans, while simultaneously training clinicians to treat the general public. Nearly 70 percent of physicians in the country have received at least some training through the VA.

For that matter, the VA conducts the largest education and training program for health professionals in the United States. Working in partnership, VA hospitals and their affiliate medical schools have been a driving force in health care and innovative education. While the VA’s primary mission is to serve veterans, many of its developments have benefited non-veterans alike.

In the 1950s, for example, the VA and its partner universities led the way in the development and accreditation of clinical psychology, helping build greater awareness of it as a legitimate field of medicine and developing ways to treat mental illness as a disease.

In the 1960s, the VA helped promote physician assistants as professionals who could bring needed help to the practice of medicine. A decade later, it recognized the concerns unique to treating the elderly and developed the field of geriatric medicine as a specialty. It introduced hospice and palliative care to veteran patients several years ahead of the general patient population.

The VA was in the lead in the 1980s in developing the technology to create electronic health records and then link the whole VA system into a single database. This model became increasingly standard in non-VA hospitals, thereby transforming the nation’s record-keeping system.

Over the past 16 years of the seemingly endless war on terrorism, the VA has seen a significant increase in new patients with a variety of injuries caused by insidious devices that kill and maim our men and women in uniform.

McGuire is well known throughout the VA system for its Polytrauma Center of Excellence and is regarded as a leader in the treatment of traumatic brain injury. In 2005, McGuire was designated as one of only four polytrauma centers in the entire VA system.

Again, the involvement of VCU medical personnel and other resources has played a crucial role in the development of this center. A recently announced $62 million Department of Defense grant to the VA for a study on rehabilitation for patients with brain injuries will again prove the value of the VA/VCU partnership.

The first heart transplant in the VA system was performed at McGuire in the mid-1990s by a surgeon working jointly for the VA and VCU. Since then, nearly 400 of these procedures have been performed.

And another example of how VA leadership in the field of medicine has helped non-veterans can be seen at the new VCU comprehensive movement disorder treatment complex located near Short Pump Town Center. Having opened last year, it is modeled after the one at McGuire, and is available to anyone, not just veterans, who need treatment for the disease.

The VA has been accused of wasting taxpayer dollars; of being incompetent; however, we are fortunate to have a hospital for our veterans working hand-in-hand with VCU to provide the care they deserve.

The partnership will become increasingly important going forward. Virginia has the fastest-growing veterans population in the nation and has the largest number of veterans under the age of 25.

Whenever I go to McGuire for my Parkinson’s, I cannot help but be moved by the sight of the veteran patients I see there. Almost every one of them wears a ball cap with his military branch or the outfit he served with proudly displayed on the front crown.

People on staff, whether they are physicians, nurses, nurses’ aids, or volunteers, will tell you what a privilege it is to help work with patients who served their country, many of whom bear the scars or have lost limbs from combat.

As far as I am concerned, they do a remarkable job of fulfilling President Abraham Lincoln’s promise: “To care for him who shall have borne the battle.”

Thanks to the partnership between the VA and VCU, our veterans receive the best health care possible. They deserve no less.

Charles F. Bryan Jr. is president emeritus of the Virginia Historical Society. Contact him at cbryan69@verizon.net.

In the 1950s, the VA and its partner universities led the way in the accreditation of clinical psychology, helping build greater awareness and developing ways to treat mental illness.

Willie Greene and Jeffrey C. McKay column: A golden opportunity for the state and localities to work together

A knee-adjustment at McGuire VA Medical Center in Richmond.