In November of this year, with the mayoral election, Richmonders will hire a new leader for our city. Between now and then, we will hear several names of potential candidates; and eventually two — possibly three, even four — will mount credible campaigns and one person will receive the voters’ approval.

In some ways, the election of a mayor is akin to a search for new, executive leadership of an organization. And all smart organizations, before they initiate a search, undergo an intentional period of discernment. Simply put, they envision their desired future and that vision helps identify the characteristics, talents, and experiences needed in the next leader.

A collective conversation about our future that informs the mayoral election is what I hope the residents of our region, especially the citizens of the city, will engage in over the next several months. While Richmond is just one jurisdiction within central Virginia, the next mayor can, will, and should have an impact regionally. To a significant extent, as goes the city, so goes our region.

The Times-Dispatch will help begin that conversation this Wednesday (Feb. 3) from noon to 1:30 p.m. at its downtown office at 300 East Franklin St. (See the ad on page E4 for details.)

As a citizen of the region, I am thrilled with Richmond’s progress, excited about its potential, and deeply concerned about challenges that have plagued us for generations. The next mayor has an opportunity not only to build on our progress but also — and far more importantly — to realize our potential. But that will happen only if he or she can work with others to usher in transformative change.

The greatest challenge confronting the next mayor is precisely the same responsibility that we all share: to create a community of opportunity for all residents. A “community of opportunity” is one that boasts affordable, attractive housing (rental and owner-occupied) that lines safe streets. The children in these homes can attend high-performing public schools; the adults can secure jobs that pay wages that enable them to meet their and their families’ needs.

The housing and jobs are connected by an efficient, reliable, multi-modal public transportation system. And woven throughout all of this is a rich tapestry of cultural amenities. Now, not every person will take advantage of these opportunities; but that fact will never absolve us of the obligation to work toward such a community.

Put another way, the circumstances of one’s birth should not set the trajectory of one’s life. But in a city and region in which we live in economically — and often racially — segregated neighborhoods that foster disparities in educational outcomes which, in turn, limit employment opportunities (already hampered by needlessly narrow public transportation options), where one lives makes all the difference in the world.

Gilpin Court and Westover Hills are only 5.5 miles apart; but the difference in the life expectancy of their residents is 20 years. That’s just one example of the unacceptable inequities that are our reality. But our present need not be our future. We can chart a new course.

The mayor alone cannot close the opportunity gap. But if he or she is a person of integrity and a skilled communicator fluent in the language of leadership, the new mayor can set a vision and inspire thousands of citizens to work toward its realization. I want our next mayor to be not only indignant about our status quo, but impatient with it. In the words of Martin Luther King Jr., our next mayor must understand “the fierce urgency of now.”

Now is the time to work collaboratively with the school superintendent, the School Board, and the City Council to transform our public schools. While we can argue about whether the school’s capital needs total $600 million, $400 million or something south of that, we cannot debate that even when the superintendent and a majority of the School Board finish closing schools and redrawing attendance zones, millions of dollars in capital needs will still exist.

Many of the city’s schools are old. There’s no crime in that. But there is nothing benign about neglect; and years of deferred maintenance have caught up with us. The next mayor has to chart a fair, responsible, sustainable strategy to fund the capital needs of city schools not for the next couple of years, but for the next 50.

Identifying a viable source of funding is at the heart of another critical challenge for Richmond — community revitalization generally and, specifically, the re-imagining and redeveloping of public housing. The redevelopment of the old Armstrong high school site into a mixed-income community that includes public housing units is already underway. But when I ask folks how we are going to finance the redevelopment of the entirety of Whitcomb and Creighton — not to mention Gilpin and the other public housing communities — people look at me as if I have four heads. We must be creative enough to identify funding streams to pay for these needs, and then have sufficient guts to implement those funding mechanisms.

This is incredibly hard, complicated work. To accomplish it, we need a mayor who can retain talent, attract additional talent, demand not simple competency but excellence, and who will hold people accountable.

The next mayor need not look far to see the benefits of consistency in professional staff who have the experience and expertise to ensure government operates effectively, efficiently, and in a timely manner. Look at the tenures of Rhu Harris, Jay Stegmaier, and John Vithoulkas (the chief staff executives of Hanover, Chesterfield, and Henrico, respectively); and look at how well Goochland has prospered under the guiding hand of County Administrator Becky Dixon.

Today, many talented people work in City Hall; they want to do good work and they want the city to succeed. The next mayor needs to identify who these dedicated public servants are and foster a work environment in which they can flourish.

Our next mayor has an opportunity to create a strong team within City Hall as well as in the broader community. Every day, thousands of Richmonders work to enhance the lives of their neighbors. The alignment of the public, private, nonprofit, and philanthropic sectors around shared priorities is, in many ways, stronger than ever before. But this collaboration can and should be even deeper, richer, more strategic. A servant leader who has enough humility and thus self-awareness to know that he or she cannot go it alone will seek to leverage the power of this alignment.

Transformative change is what it will take for all Richmonders to have an opportunity to share in the progress of our wonderful city. So Richmond deserves a leader who has not only a vision of inclusion and equality, but also a focused plan to accomplish it.

Let’s initiate the “job search” process with a community conversation about the character traits and competencies we want to see in our next mayor. That can be begin Wednesday at the RTD’s 62nd Public Square.

Laura Lafayette is CEO of the Richmond Association of Realtors and executive director of the Partnership for Housing Affordability. She also serves as chair of the board of the Better Housing Coalition. Contact her at llafayette@rarealtors.com.

The greatest challenge confronting the next mayor is precisely the same responsibility that we all share: to create a community of opportunity for all residents.

What do we need in our next mayor?

Public Square #62: What do we want in Richmond's next mayor?

The race for president isn’t the only important election in 2016. Richmond will be choosing a new mayor this year, as Dwight C. Jones complete…

When asked whether the counties should follow Richmond’s example and install a strong mayor, an observer (Doug Wilder?) cracked that Henrico a…

In his final State of the City address, Richmond Mayor Dwight C. Jones spent almost an hour touting his accomplishments over the past seven ye…

Public Square #62: What do we want in Richmond's next mayor?

The race for president isn’t the only important election in 2016. Richmond will be choosing a new mayor this year, as Dwight C. Jones complete… 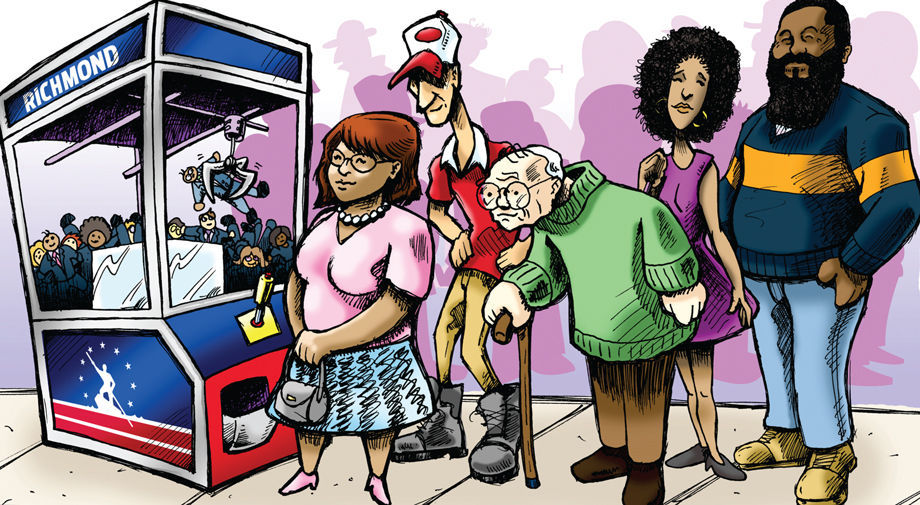 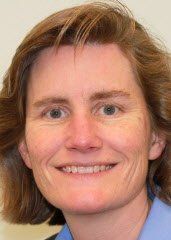