R. David Cox: After the Civil War, Robert E. Lee led the charge for reconciliation
0 comments
Share this
{{featured_button_text}}
1 of 2 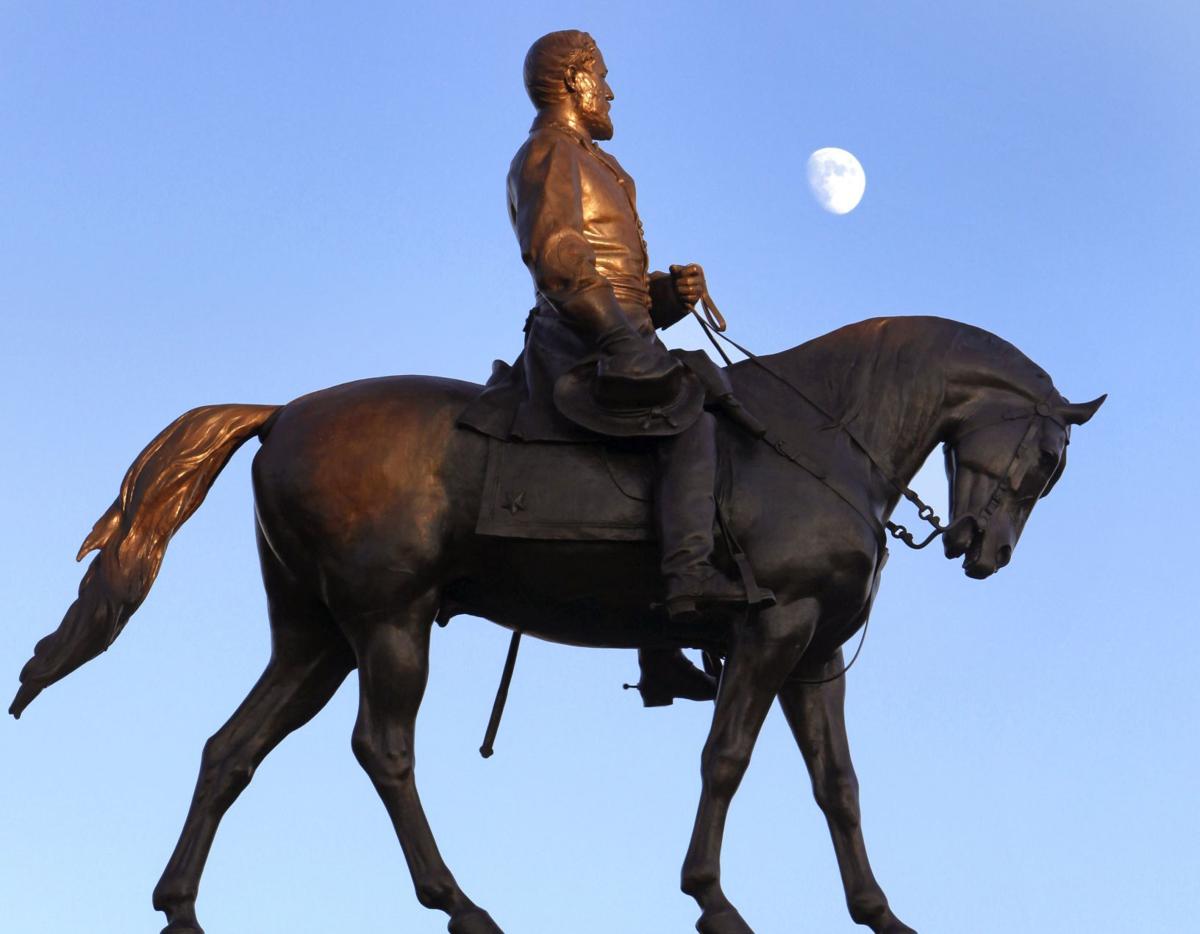 The moon rises above Robert E. Lee on Monument Avenue. 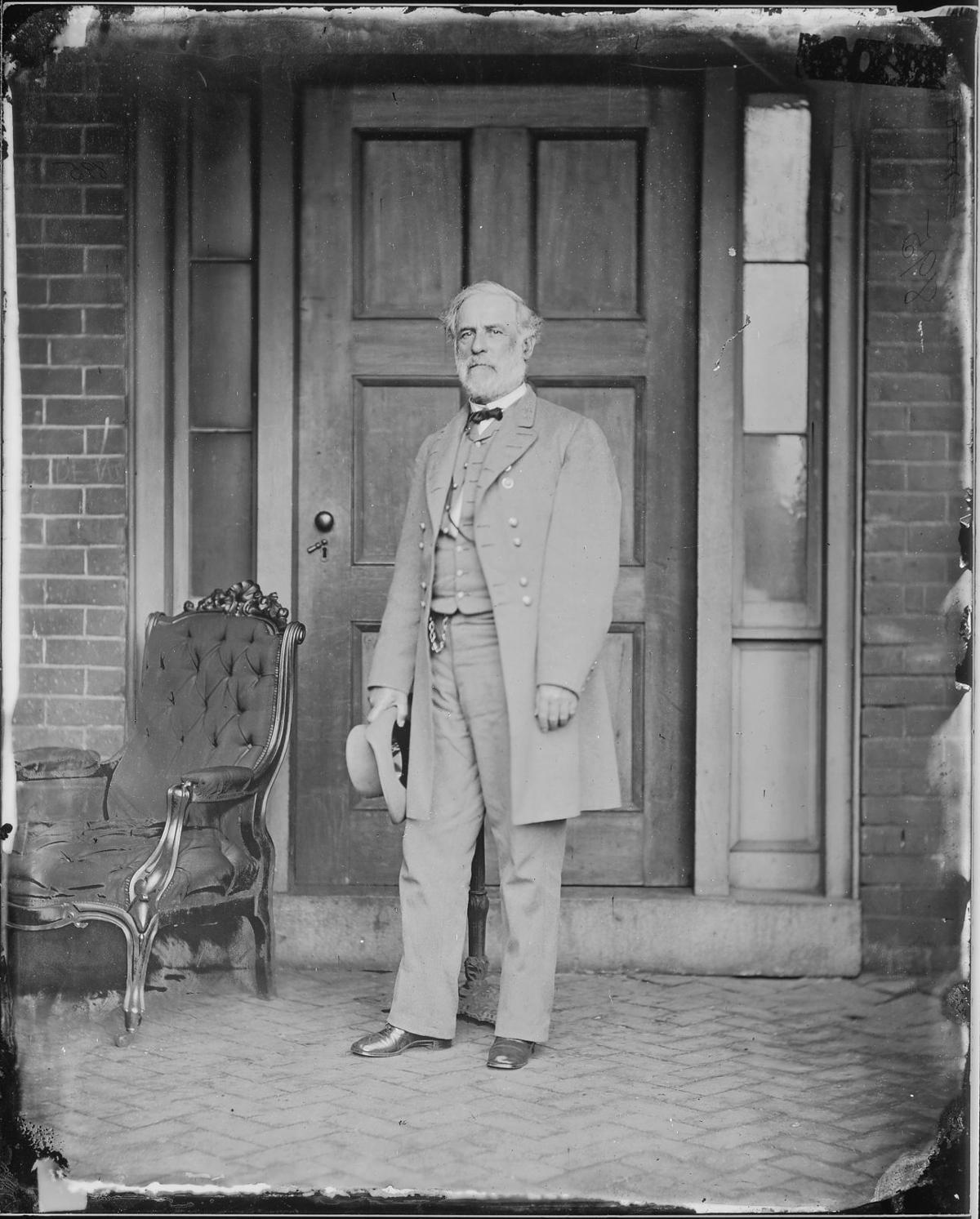 Robert E. Lee posed for Mathew Brady at the back of Lee’s home on Franklin Street in Richmond, April, 20, 1865 — just 11 days after the surrender at Appomattox.

All the statues of Robert E. Lee in Confederate uniform fail to convey one critical point: He was more than that. After Appomattox, Lee turned from being a leader in war to a leader of peace. As I found in examining his religious convictions, he became — largely because of his faith — the South’s preeminent exponent of reconciliation. That, I believe, is why he needs to be remembered, but in a different way.

Just before surrendering, Lee began seeking peace. Some aides proposed fighting an ISIS-style guerrilla war. Lee had none of it.

“The Confederacy has failed,” he told them. “As Christian men, … we must consider only the effect which our actions will have upon the country at large.”

If his men could return home “quietly and quickly” they could “plant crops & begin to repair the rages of the war. That is what I must now try to bring about.”

Realistically, yet faithfully, he looked to the future.

Like many, Lee had believed the Confederacy could win only if God so willed. It lost. He connected the dots.

“God has thought fit to afflict us most deeply & his chastening hand is not yet stayed,” Lee, an active Episcopalian, wrote in May 1865, to a priest in Petersburg. “We have only to submit to his gracious will & pray for his healing mercy.”

That meant seeking genuine peace, “that the afflictions & interests of the country may be united and not a forced & hollow truce formed, to be broken at the first convenient opportunity. To this end all good men should labour.”

He discouraged anyone going into exile as some contemplated — and as he was invited to do. “It would be better for them and their country if they remained at their homes and shared the fate of their respective States.”

What, then, for him?

Publishers sought his memoirs, predicting profits of a best-seller. Businesses coveted his name, promising great reward. Major educational institutions craved the leadership of one who had been an innovative West Point superintendent.

But a devastated little school in remote Lexington, Virginia, captured his imagination. Asked to be its president, Lee sought the advice of a priest in Albemarle County. When he proposed more viable institutions, Lee argued that “this door and not another was opened to him by Providence” and wanted reassurance that he could do the job such that his remaining years would be “a comfort and a blessing to his suffering country.”

At that moment, the cleric recalled, Lee’s “whole countenance glowed with animation.” Robert E. Lee came to Washington College, to bind the wounds of war and prepare for the future by guiding the young into practical, principled ways.

Genuine peace demanded prosperity, so Lee developed a curriculum aimed at attaining it: business, journalism, law, mining, engineering. To traditional classical studies he added English, modern history, and sciences. By 1868, his little college had become the second-largest academic institution in the South.

Reconciliation involved racial justice. Though Lee shared the prevailing white presumption of their own superiority, and could say so in ways that make us cringe, his faith also held that each person was a child of God, whose rights warranted protection. In Lexington, his influence helped dissipate one lynch mob aimed at a black man, and another directed at a white.

Reunion meant putting the war in the past. When officials at Gettysburg asked his help in placing monuments on the battlefield, he declined, advising “not to keep open the sores of war, but to follow the example of those nations who endeavoured to obliterate the marks of civil strife and to commit to oblivion the feelings it engendered.”

On that basis, together with his innate humility, one wonders if he would want any monuments to him whatsoever.

Statues of General Lee on Traveller can’t convey this part of his story, a story which challenges his stereotype. One who strove to move beyond a cause he deemed lost makes a poor poster child for the Lost Cause.

Nor can I imagine that he who declined to run for Virginia’s governorship lest he arouse passions would approve of candidates wrapping themselves in Confederate flags. For white supremacist protesters to invoke his name violates Lee’s most fundamental convictions. And those who look on Lee only as military personage — favorably or not — would do well to recognize the telling paradox of Lee, one of the very few generals defeated in a bitter civil war who then became the paramount advocate of peace.

R. David Cox, an Episcopal priest who was rector of R. E. Lee Memorial Church from 1987-2000, now teaches history at Southern Virginia University and is author of “The Religious Life of Robert E. Lee.”

After Appomattox, Lee turned from being a leader in war to a leader of peace.

Cities with Confederate history are debating whether or not to remove Civil War monuments in places like picturesque Monument Avenue, which is…

The moon rises above Robert E. Lee on Monument Avenue.

Robert E. Lee posed for Mathew Brady at the back of Lee’s home on Franklin Street in Richmond, April, 20, 1865 — just 11 days after the surrender at Appomattox.