It has been more than a year and a half since white supremacists rallied in Charlottesville to protest the city’s decision to remove statues of Robert E. Lee and Stonewall Jackson. A counterprotester, Heather Heyer, was killed by one of those white supremacists. Yet the General Assembly still can’t see its way to adopting a law that would clarify that cities and towns in Virginia have the authority to take down the many Confederate monuments that are scattered around the commonwealth.

Virginia’s legislators should read two illuminating documents. The first is a recent decision by an Alabama judge holding that Birmingham has the right to remove a Confederate monument despite a state law — similar to Virginia’s — that bars removal of such monuments.

Judge Michael G. Graffeo’s opinion, which is being appealed, holds that preventing Birmingham from removing its Confederate monument violates the First Amendment. Citing a long line of U.S. Supreme Court cases, he states that a “city has a right to speak for itself, to say what it wishes, and to select the views that it wants to express.” Forcing the city to maintain a Confederate statute that is “repulsive” to the local community violates those rights. As the judge states: “Just as the state could not force any particular citizen to post a pro-Confederacy sign in his or her front lawn, so too can the state not commandeer the city’s property for its preferred message.”

The second document that legislators should read is a recent brief filed in Payne v. City of Charlottesville, a case contesting the Charlottesville City Council’s original decision to remove the Lee and Jackson statues. This document, filed by the city councilors, is eye-opening. It catalogs in detail how the Lee and Jackson statues are not war memorials at all, but rather monuments to white supremacy.

More importantly, the brief shows that the continued existence of these statues — erected in the 1920s in segregated parks under Jim Crow — violate a central tenet of our constitutional democracy: that government may not act with the purpose and effect of discriminating. As the councilors’ brief observes, the Lee and Jackson statues “were intended to, and did, send messages of intimidation, exclusion, and hostility to African-Americans in Charlottesville. The statues were part of a regime of City-sanctioned segregation that denied African- Americans equal access to government and public spaces. The fact that certain Charlottesville residents are unaware of the statues’ history does not change that history or the messages the statues send. Indeed, as the recent violence in Charlottesville illustrates, the statues still send potent messages of hostility and exclusion today.”

Imagine a state law forcing cities and towns in Virginia to erect large signs declaring that white people are superior to African-Americans. This message would obviously violate the Constitution. The Alabama decision and the city councilors’ filing in the Payne case together establish that local communities cannot be compelled to express messages that derive from and continue to advance messages of racial inferiority. The First Amendment and the Equal Protection Clause demand that the state not stand in the way of a city’s decision to remove such messages.

Every day there are new revelations about the commonwealth’s tragic inability to come to terms with its segregationist past.

The least the Assembly could do is allow communities who want to address this past to do so. Why force them to express hostile messages when they choose not to? The best reading of the U.S. Constitution compels the conclusion that cities and towns have the right to take those statues down.

Richard Schragger is the Perre Bowen Professor of Law, University of Virginia School of Law, and may be contacted at schragger@law.virginia.edu. 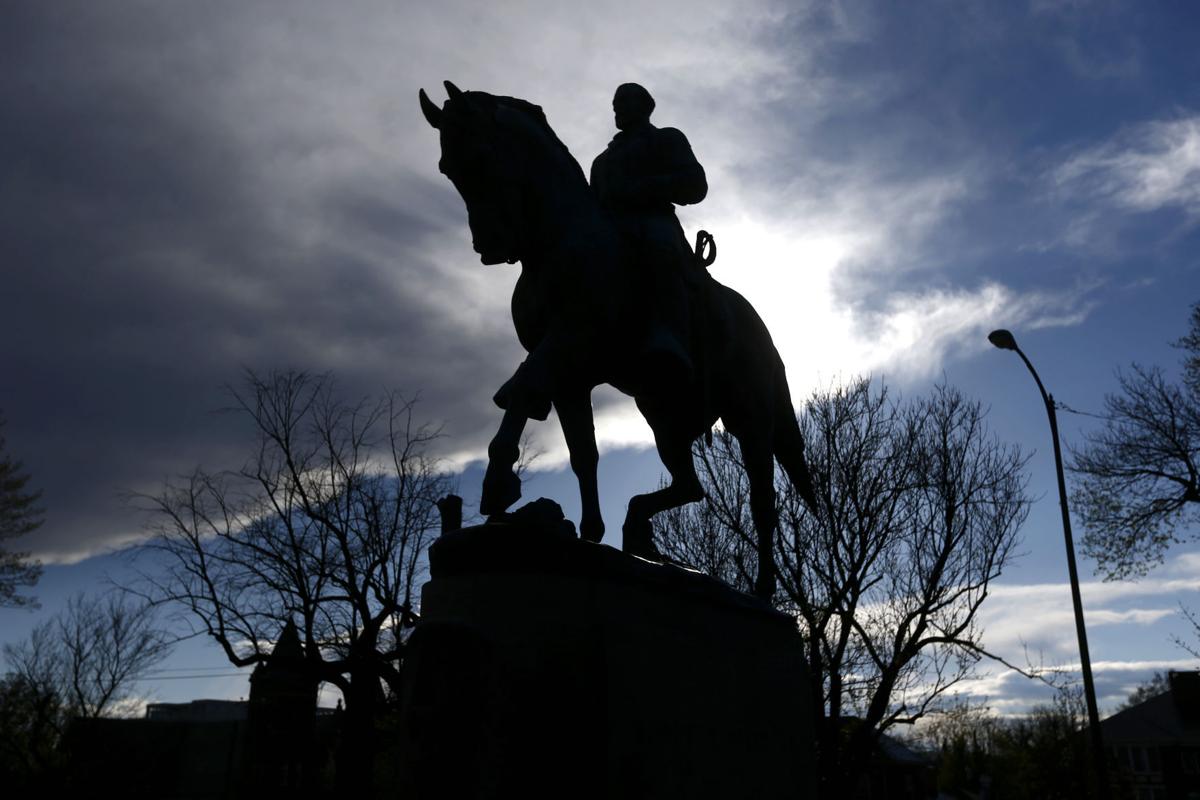